Last month, Ford announced the F-150 Lightning, the all-electric version of the popular F-series pickup. We finally got a closer look at the new truck, and from the performance, range, capability, features, and design, there’s a lot you need to know.

However, we’ll start with a quick fact to wow your friends at the pub. This isn’t the first all-electric pickup truck from Ford. In the late ‘90s, Ford had a small run of all-electric Rangers. Approximately 1,500 of the EV pickups were made, and most were sold to fleets in the US. Today it’s estimated that about 200 of them are still on the roads. These trucks managed anywhere between 65 to 82 miles of range or 104 to 132 km of range, with early examples using lead-acid batteries, and late models switching to more modern NiMH power. All had about 90 horsepower motors motivating the rear wheels. Keep that all in mind when we start discussing the Ford F-150 Lightning, and the amount of progress that can be made in just 25 years.

So far we know there are going to be four trim levels, and each one sports a crew cab with a five-and-a-half-foot bed. All models also sport four-wheel-drive through two electric motors (one for each axle.) However, Ford offers two battery options: standard and extended, and those come with different power outputs and ranges. The standard range models feature 426 horsepower and 775 lb-ft of torque and are EPA rated for 230 miles or 370 kilometers of range. The Extended range models feature 563 horsepower and 775 lb-ft torque and offer 300 miles or 483 kilometers of range.

The Lariat model starts at $67,474 in the US, while the range-topping Platinum model will set you back $89,874. While there haven’t been any announcements for the Canadian XLT pricing, the Platinum is expected to cost about $110,000 up north.

It’s unfair to generalize, but most efficiency-oriented vehicles including hybrids and EVs can look a bit dorky, making design compromises for improved aerodynamics and improved energy consumption. That isn’t so with the F-150 Lightning, which looks like a standard F-150. The LED light bars at the front and rear of the vehicle are the most noticeable exterior difference from the gas and hybrid-powered F-150s, but everything else is pretty much identical. Thanks to the incredible size of the truck, it can pack a huge battery. Having a huge battery is the most important factor for an EV, and so the automaker didn’t have to compromise in other areas for its truck to achieve solid range and performance.

But somehow the F-150 Lightning manages to keep up with its gas and hybrid siblings in terms of performance and capability. The standard range models with 426 horsepower have more power and torque than gas models with the 3.5-liter EcoBoost V6. The payload is limited to 2,000 lbs, which is 135 lbs less than the best 4×4, SuperCrew, 5.5-foot bed equipped gas-powered F-150. The Lightning can also tow anywhere between 5,000 lbs to 10,000 lbs, depending on the trim and tow package, making it incredibly capable.

With a Few Interesting Wrinkles

Naturally, the Lightning has a few extra features and gimmicks to make it stand out. Most prominently is the front trunk or frunk. At the press of a button, the hood of the vehicle lifts to reveal a storage area with 14.1 cubic feet (400 liters) of space. There’s even a compartment that can be divided easily to keep items upright, or from getting mixed up. It also has a drainable floor.

Beyond the useful frunk, the vehicle sports a charge port on the driver’s side and a similar plate on the passenger side for symmetry. On the side of the bed is a 3D “Lightning” badge, unlike other trims of the F-150 which feature a flat graphic.

What About the Extra Weight?

However, batteries are heavy, and extra weight can impact how a vehicle handles. Tipping the scales at about 6,500 lbs the lightning is about 1,000 to 1,500 lbs heavier than some gas-powered Ford F-series. The automaker addresses that with the Lightning’s independent rear suspension, which helps accommodate the extra pounds of a battery pack. The battery pack is also mounted low, so the truck has a relatively low center of gravity. I was surprised to see that the F-150 doesn’t have special tires to accommodate the extra weight, or even low-rolling-resistance tires to improve range.

Power To The Wheels

Despite the weight, the truck isn’t slow. Extended range models can blast to highway speeds in about 4 seconds, which will surely surprise some Grand Cherokee SRT owners. However, we should talk about those EPA ranges quoted above. The 230 miles and 300 miles offered by the standard and extended range batteries are achieved on the EPA’s test cycle, which includes a 1,000 lbs payload for trucks. Driving the vehicle empty (or with a heavier load) will allow impact ranges, and that’s calculated on board with the vehicle’s built-in scale, which uses sensor data to tell the driver how much they’re hauling. The onboard display will provide the most accurate estimate for the remaining range based on all this information.

Finally, when you punch in a destination on the navigation system, the vehicle can take that sensor data, combine it with the route’s topography, and the weather and wind conditions to provide the most efficient path to the driver.

Power To The People

Similar to how the gas and hybrid-powered F-150s have extra energy generation tricks with the Pro Power OnBoard feature, the Lightning has a few extra features too. For starters, the vehicle offers both 2.4 kW and 9.6 kW Pro Power Onboard features, allowing users to take advantage of up to 11 outlets and plugs found throughout the vehicle to power various devices, appliances, or power tools.

Additionally, when properly equipped and paired to the appropriate at-home charger, the Lightning can return some power back to the grid. Ford estimates that based on the average 30 kWh use of energy per day, an extended range Lightning model can power a house for anywhere between three and ten days depending on power usage.

While the latest generation F-150 seemed to be designed to accommodate the electric powerplant from the get-go, product planners at Ford Canada explained that the vehicle has been in development for about two to three years. Early in that time, it wasn’t clear just how much appetite there was for an electrified pickup, but today, the response has been overwhelming.

Over 100,000 potential customers have already put in reservations for the new model. Ford’s people won’t say they were surprised but did say they were pleasantly impressed with the response. They imagine that up to 25 percent of F-150s coming off the line will be EVs, which is incredible considering nearly 800,000 people bought an F-Series pickup in 2020.

One final note about the Lightning is that the automaker’s hands-free driver assistance feature, dubbed BlueCruise, is offered on higher trim models. Similar to GM’s SuperCruise, this allows hands-free driving on select highways. Apparently, the system already has over 100,000 miles of qualified areas to operate on with more to come. However, I was told the feature won’t work when a trailer is hooked up. 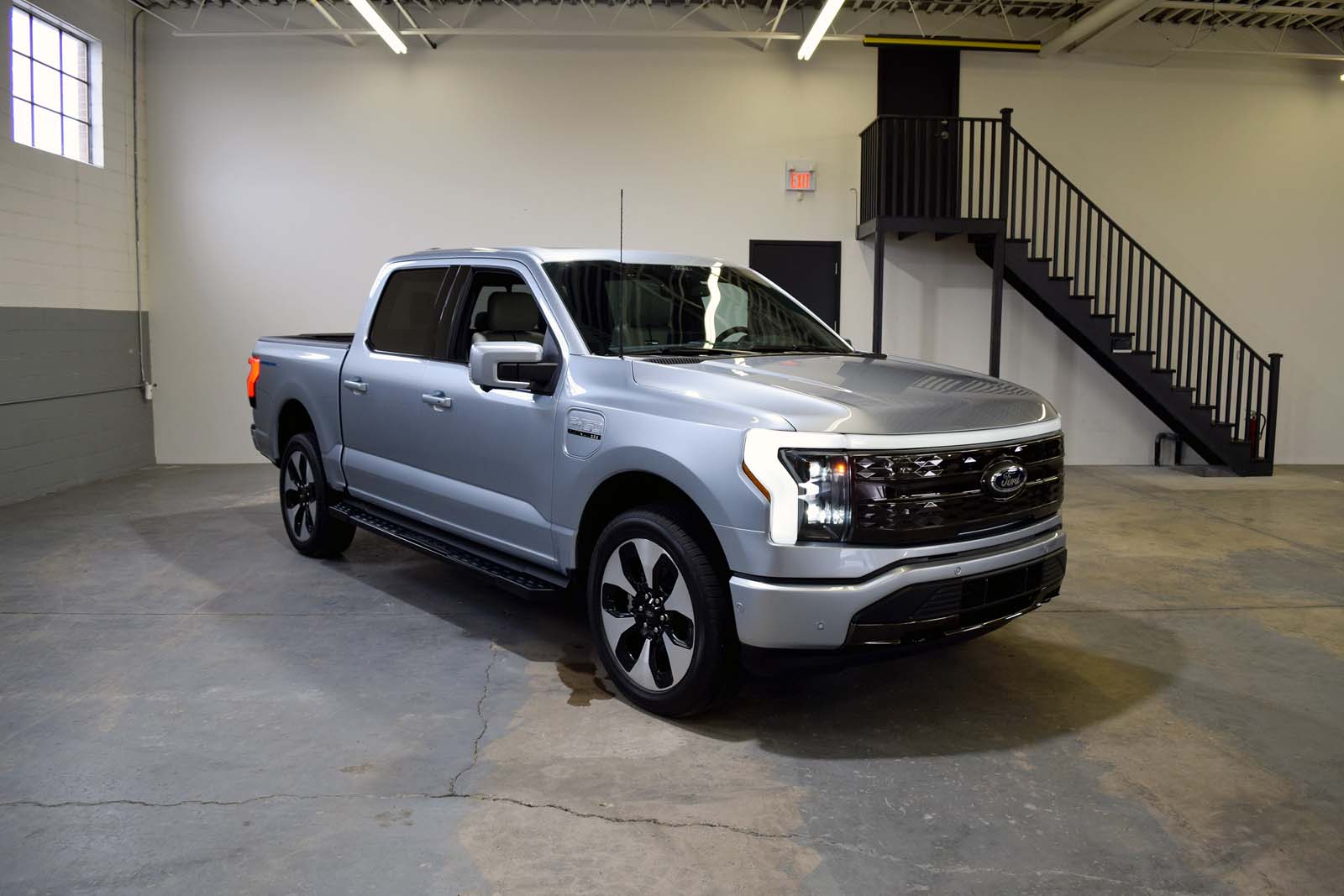 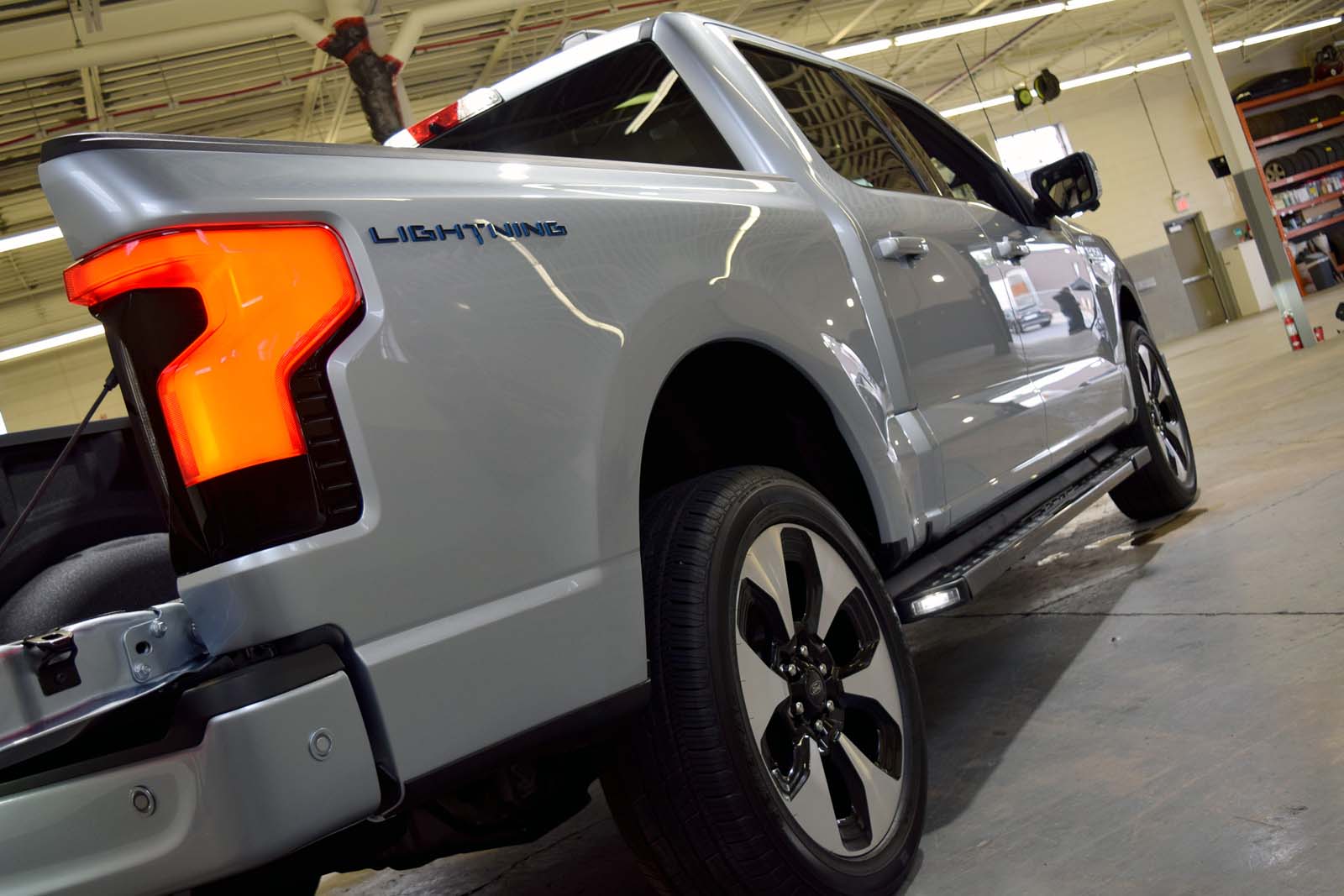 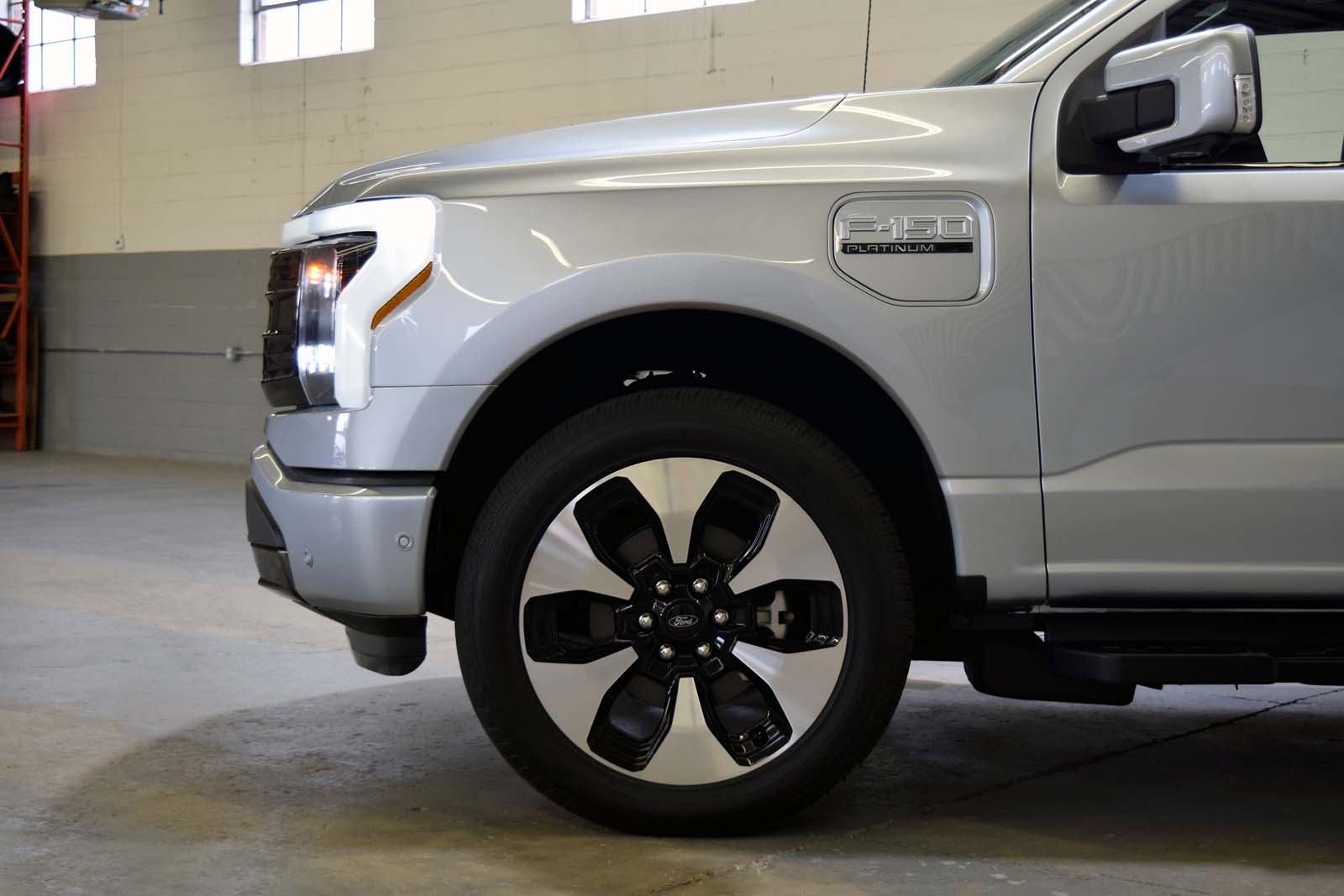 Patrick Nadeau, From Disraeli (QC), drove from his home to Mexico and back. His car is a Hyundai IONIQ 5 Long Range RWD. ...
Read more
Previous article2021 Porsche 911 Targa Review: One more decision to make and it isn’t an easy one
Next articleWatch: Porsche 911 Turbo S Takes On Ferrari F8 Spider in Open-Top Drag Race Battle

2021 Hyundai Tucson At a Glance

The 2021 Hyundai Tucson starts at $23,700 in the United States and $26,099 in Canada, before freight and delivery charges. Comfortable and quiet...
Read more