We know, “automotive things” isn’t what you would call a refined title. But this is the 2020 CES we are talking about, an event where new technologies from all types of industries debut. In other words, you won’t see a new Audi or Toyota production model, but you may just see how Audi or Toyota plans to move you around in a 2050 megacity.

There’s all kinds of tech at the 2020 CES. There are a bunch of crazy concepts too. Here’s an overview of what automakers are planning tomorrow as well as a few gizmos and innovations from companies outside the traditional automotive arena.

Earlier this year, a company called Agility Robotics developed a robot designed to carry out deliveries and handle warehouse work. Called Digit, it has just been purchased by Ford who will use two robots to work on improving warehousing and deliveries for its commercial vehicles. Ford is Agility Robotics’ first client.

The Audi AI:ME is a fully autonomous, electric vehicle concept that we got the chance to ride around in a few days before CES. We’ll be bringing you all of the details about the AI:ME shortly with a focus on Audi’s commitment to developing entertainment for autonomous vehicle users.

The Huracan EVO may be a performance car first, but Lamborghini wants to make sure its infotainment system is state-of-the-art. Supercars shouldn’t be forgotten in the quest to improve in-car connectivity and Lamborghini will announce Amazon Alexa integration into the Huracan EVO at CES.

The Byton M-Byte fully-electric SUV was unveiled tonight, but its technology is gathering as much attention if not more than its powertrain. There will be minute-by-minute weather updates and Byton will open its infotainment system to developers to code new functionality into the car.

Check out our coverage of the Fisker Ocean Electric SUV.

Bosch has introduced a new sun visor concept that uses artificial intelligence and a transparent LCD screen to block the sun only to the eyes of the driver. Called the Virtual Visor, it could hit production in future cars.

Blackberry and motorcycle builder Damon will unveil a new electric superbike. Blackberry provides de software that’s used for the bike’s CoPilot active safety systems. This isn’t the same Blackberry you may be thinking of, however. It’s not the mobile phone division, but rather the original Research in Motion company that has transitioned now to developing enterprise software.

Jeep will announce its future plug-in hybrid designation at CES. The brand, called 4xe, will be used for all future Jeep hybrid and PHEV models.

The Airflow brings back a name Chrysler fans know well. Except this time, it’s a modern concept that showcases the future of Chrysler mobility.

Hyundai has been talking about flying cars on a regular basis for a while now. We’re hoping to see a flying car concept from Hyundai at the show along with an announcement regarding its future electrification strategy.

The BMW i3 electric vehicle is already an urban car, but now BMW wants to take it further with the BMW i3 Urban Suite. The car features room for two and things you would find in a small boutique hotel. Nothing has changed under the hood.

You can check out the Aston Martin Gentex Rearview Mirror here. 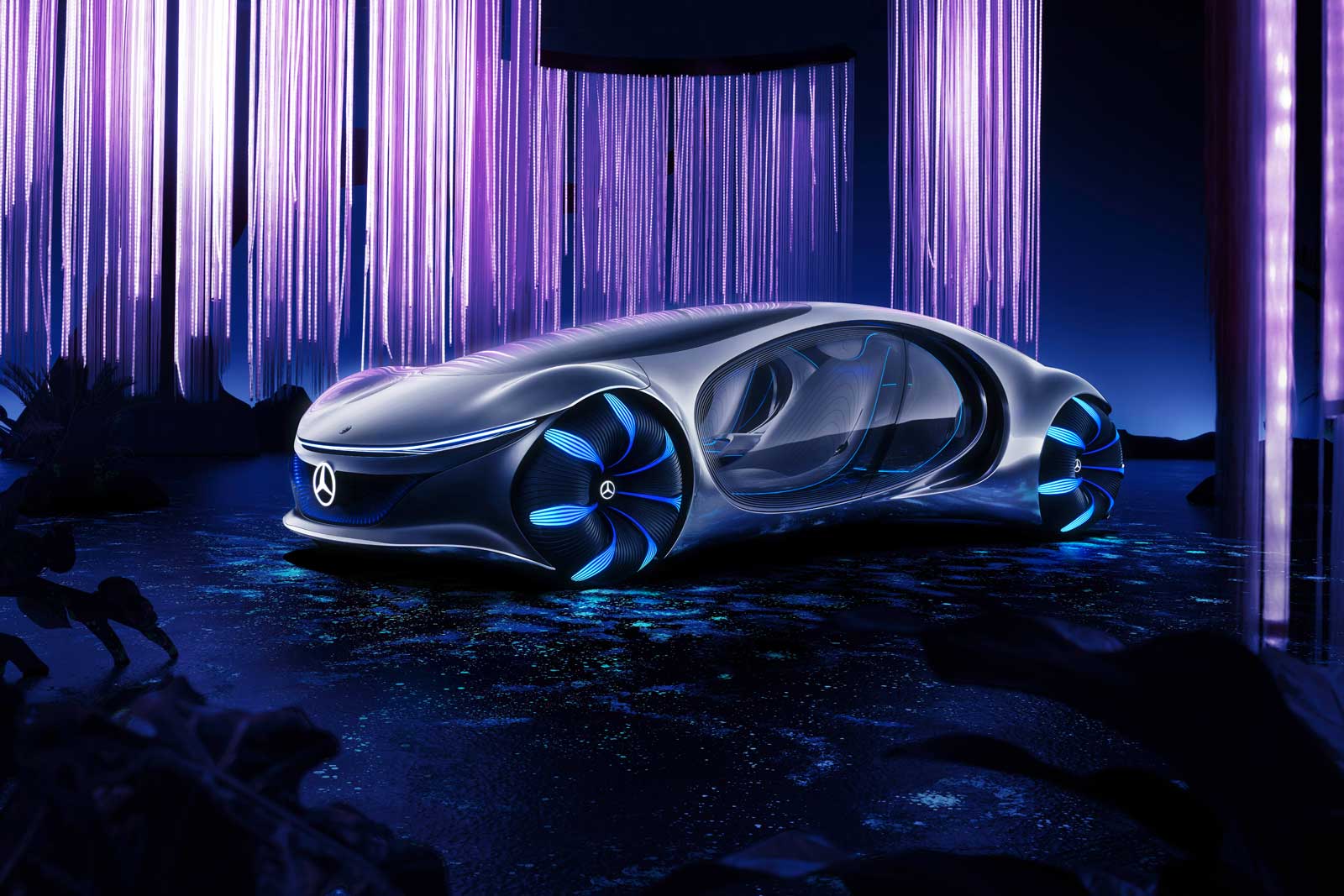 The Mercedes-Benz AVTR is a fully electric and autonomous concept that takes cues from the Avatar movie franchise. It has a range of 435 miles thanks to a 110-kWh battery.

This will be available to every Rivian vehicle ever made. The company has yet to confirm the details of this future update. This...
Read more
Previous articleCES 2020 : Lamborghini Huracán EVO Will Incorporate Amazon Alexa
Next articleCES 2020 : BMW Aims To Change Our Perception Of Mobility