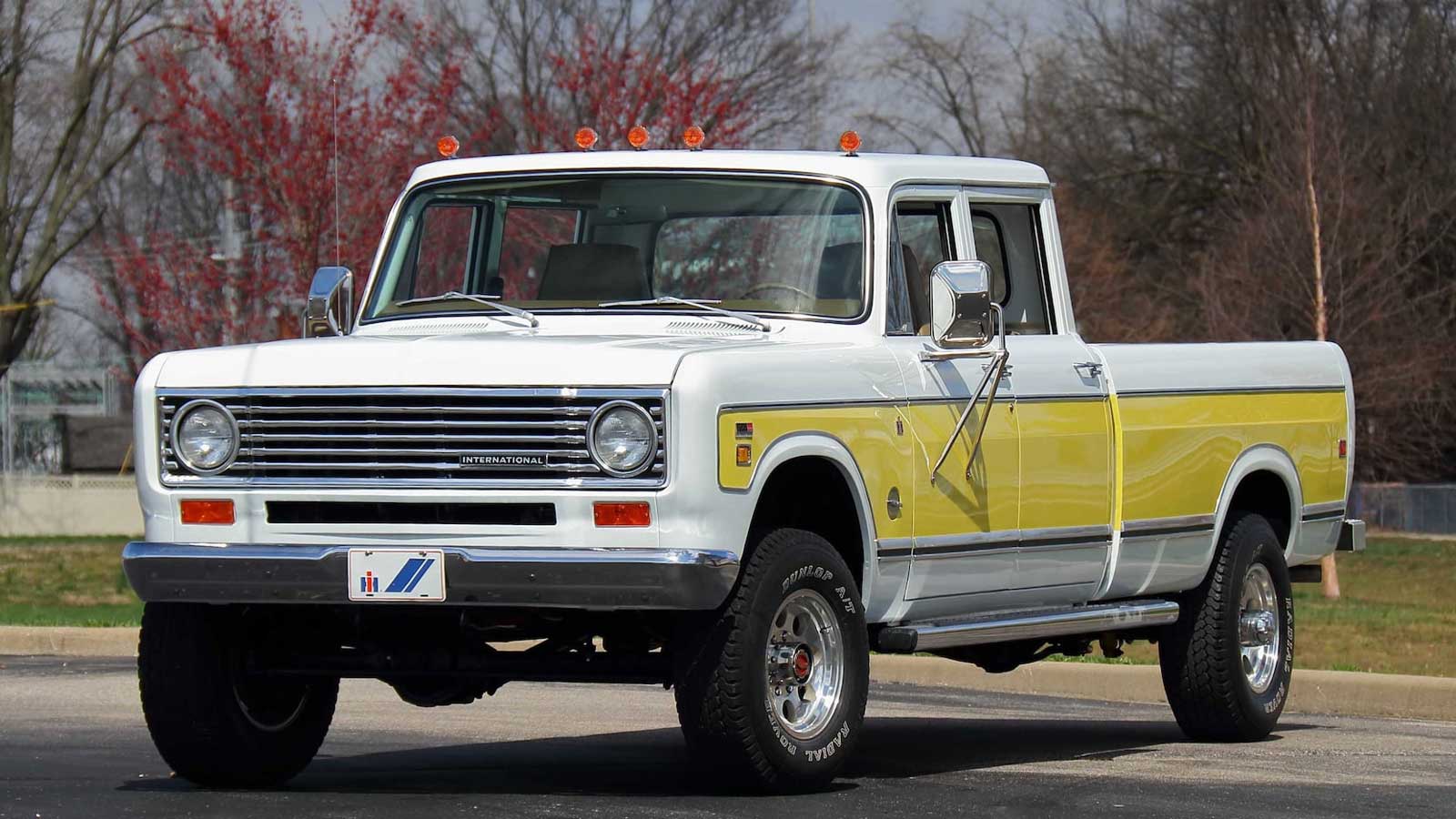 This fabulous truck has a 392-cubic-inch V8 engine.

The Japanese automakers are having a tough time competing with the Detroit Three’s full-size pickup trucks, as evidenced by the huge sales gap between the Toyota Tundra and the Nissan Titan compared to the products sold by Ram, General Motors and Ford. However, back in the ‘70s, there was a fourth American-branded truck in the segment: the International pickup, also known as the Light Line pickups. 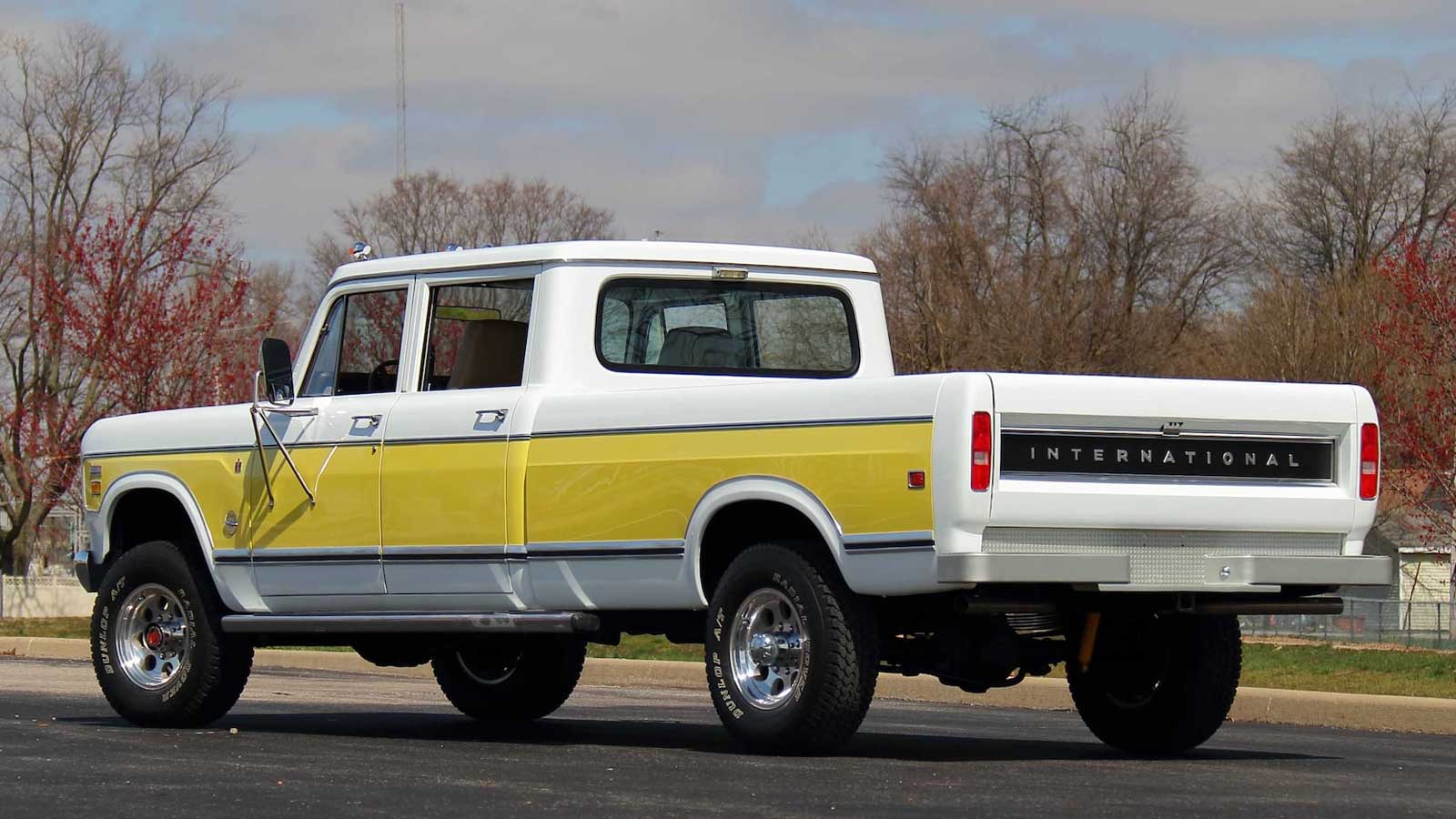 One of these trucks is listed on Mecum Auctions’ website, and it will be up for grabs in July. This 1973 International 1210 Crew Cab Travelette is touted as a “mild” restomod, as it was fully restored and upgraded with more modern components. According to the description, this 1210 started life as a rust-free truck from Arizona, and wears a striking new coat of white and yellow paint, along with 1975-specification styling cues extending to the five-bar chrome grille and hood, among other things. 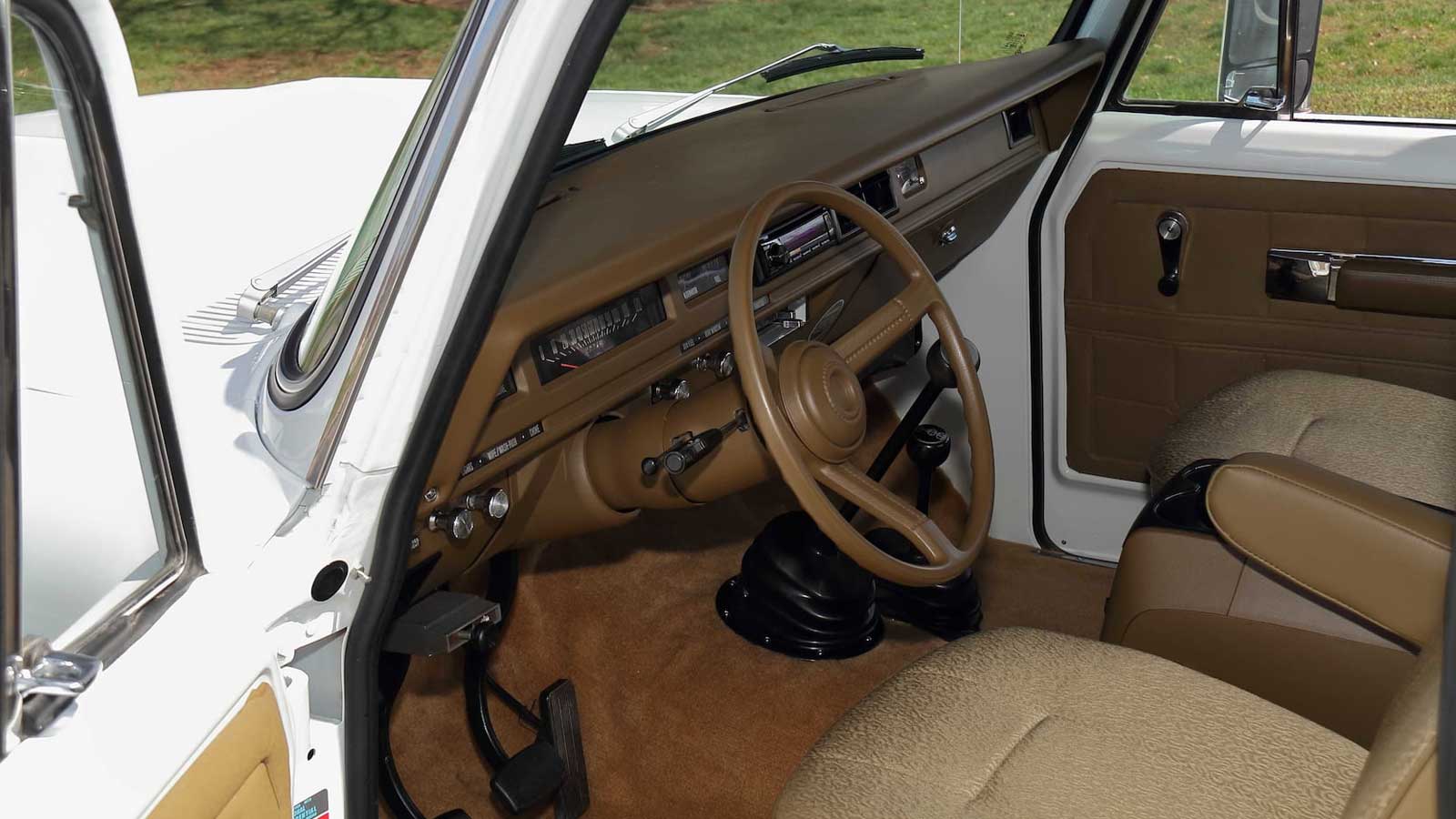 In addition to the regular cab International pickup, the company produced the Travelall panel version—a Chevrolet Suburban rival—and the Travelette, a crew cab variant available with two wheelbase lengths. This International 1210 Travelette is built on the latter, with an eight-foot-long bed. 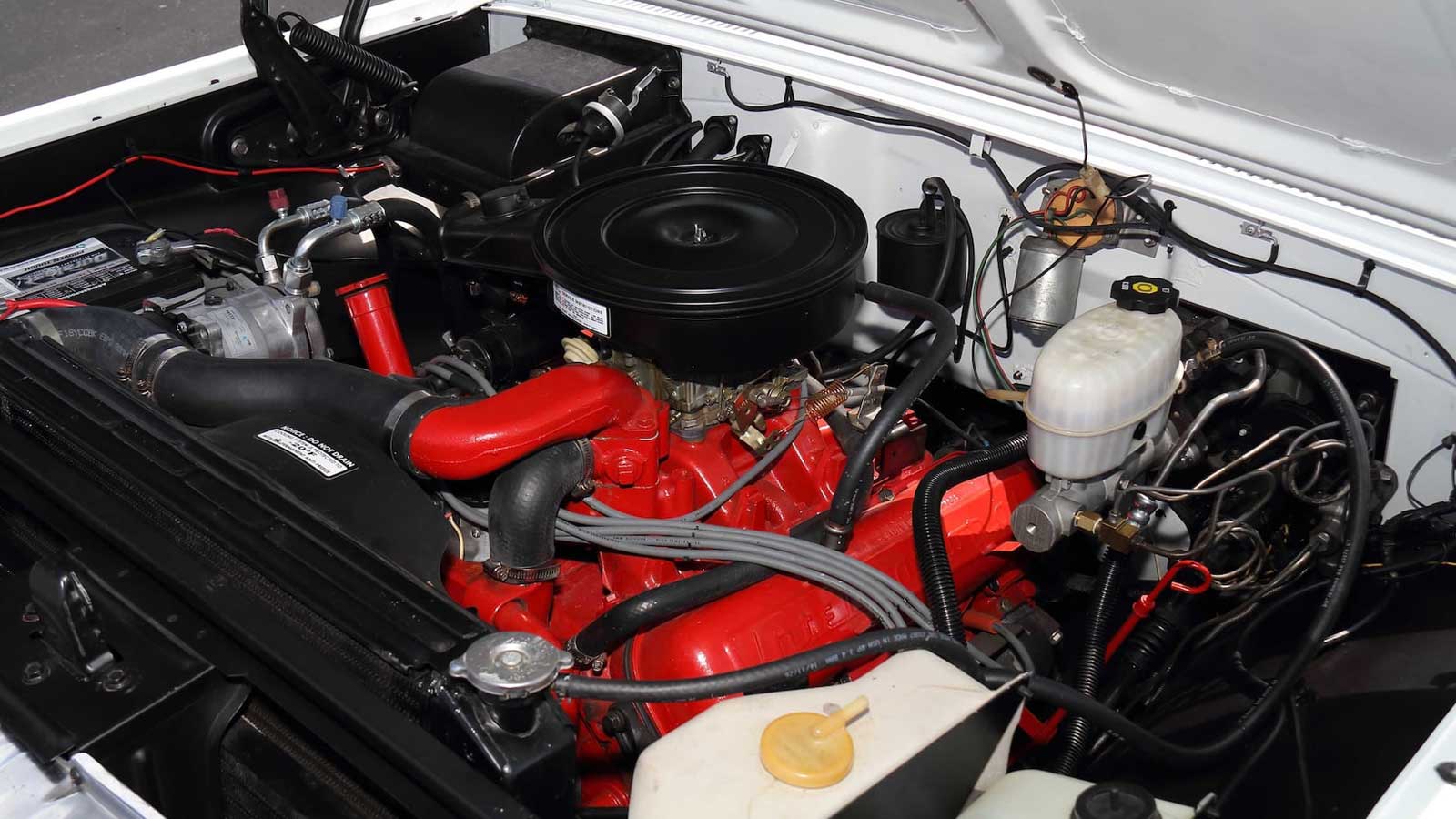 This International pickup features a tan interior with heated bucket seats, air conditioning, cruise control, a tilt steering column and an AM/FM/CD player with concealed speakers. There’s also a custom centre console with integrated speakers as well. Finally, the truck is factory equipped with a Camper package and a Trailer tow package with a hidden gooseneck hitch, so it can still serve as a workhorse.

We’re anxious to see how much this rare rig will sell for when it hits the auction block. Check out the vehicle’s listing on the Mecum Auctions website.

This concept will most likely lead to a production model, which could be offered in North America. Like other upcoming GM EVs, this...
Read more
Previous article2022 Nissan 400Z Rendering Shows Off Potential Of Upcoming Z Coupe
Next articleGM Will Build An Electric Van For Small Businesses