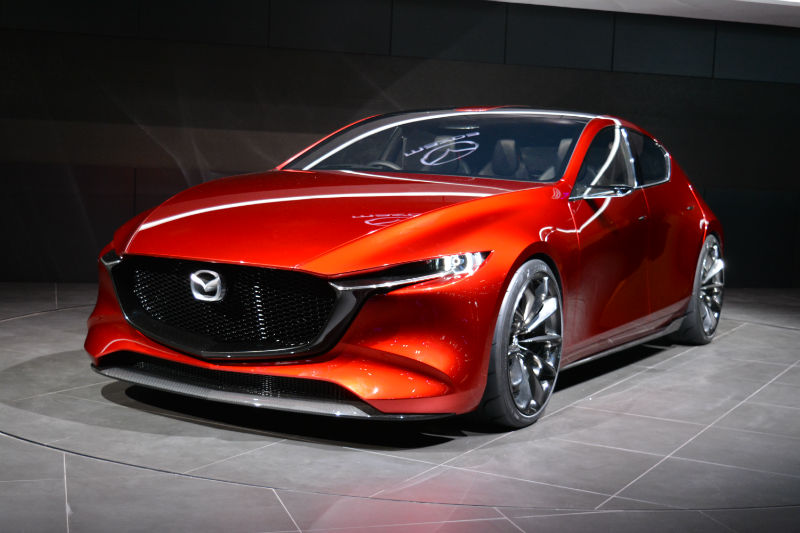 No need to think too hard; this is in fact the next generation Mazda3 Sport, aka the hatchback. Perhaps this information was not meant to be revealed any time soon but anyone with an ounce of car sense had already figured it out.

The Kai Concept is the first near-production car from Mazda that will call upon the brand’s now famed designed Kodo design language in its newest form. The Vision Coupe Concept, unveiled last night, was meant as the introduction to Kodo 2.0 and its new simplicity and elegance approach.

This car is truly attractive. The absence of visual fluff allows the eye to search out subtle details such as the carved-out tail-lamps that look as though they were pushed into a soft material that began closing itself around the units before it dried or cooled off. A quick glance at the front fascia reveals a deep frown but upon closer inspection, the wide wavy flared front fenders suddenly appear as does the lack of auxiliary air intakes or lights. The rear quarters panels are huge and seem to pinch the whole of the car from top to bottom. This is my favorite concept from the 2017 Tokyo Motor Show. 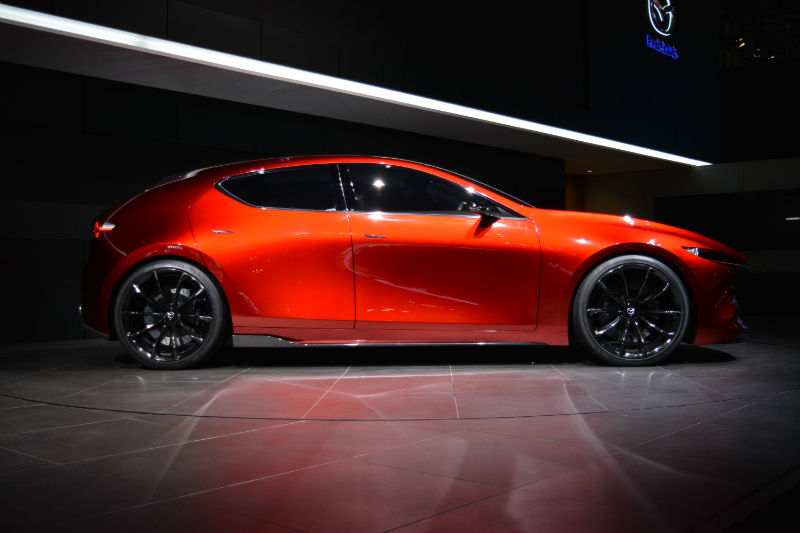 The new Skyactiv architecture is an amalgamation of elements involved in the driving experience, from the seats to the chassis’ rigidity and response and the suspension. In order to maximize the pleasure and comfort provided by the car to its occupants, Mazda has studied human anatomy and dialed its needs into the car’s dynamics and comfort. The result is a car that becomes an extension of the driver. When the latter is barely aware of the car itself yet finds satisfaction when driving, this is the ultimate in Jinba-ittai driving.

Another important element with this car is that it will also be the first to include Mazda’s latest Skyactiv-X powertrain technology. This compression ignition technology for gasoline engines should prove to be the final chapter in the development of the internal combustion engine. Improvements can still be made where cooling and friction control are concerned but as far as outright efficiency, this is it.

Such a technology can be employed in numerous different applications. Depending on regional demands, any and all forms of electrification can be mated to the powerplant, as can an AWD drivetrain. Yes, this could potentially mean the coming of an AWD hybrid Skyactiv-X which could provide not only all-weather traction, but impressive performance and energy savings. As they say, the sky’s the limit.

Little more is known about the next Mazda3, currently labeled the Kai Concept. Information on engine size, powertrain or even availability dates have not been disclosed. Given that the Mazda3 is fresh from a 2017 refresh, it is doubtful we will see anything before the 2019 calendar year.