The Formula One weekend in Montreal is a must-see for car enthusiasts. Everywhere in the city, exotic cars and their drivers are admired and above all, they are heard. My steed for the F1 festivities this year was the 2018 Jaguar F-Type SVR Coupe, the most powerful and exclusive version available in the F-Type range which was unveiled in 2014 and ultimately marked the rebirth of Jaguar.

Behind the wheel of an F-Type, you feel like you are driving an exotic car. The sound of the engine, the performance of the latter (no matter which one) and the looks you get from other drivers explain why. I’ve had the opportunity to drive different F-Type models over the years since its launch, but the SVR Coupe is the one that left the biggest mark on my heart. What a car…

First, its style is breathtaking. All Jaguar F-Types, whether convertible or coupe, are beautiful. But the SVR, with its just-big-enough spoiler, its aerodynamic package, its unique rims and the yellow calipers of the carbon-ceramic brakes is even prettier. And how about those four exhaust tips in the back that remind us that we are dealing with the 5.0-liter supercharged V8 engine also found in the F-Type R. 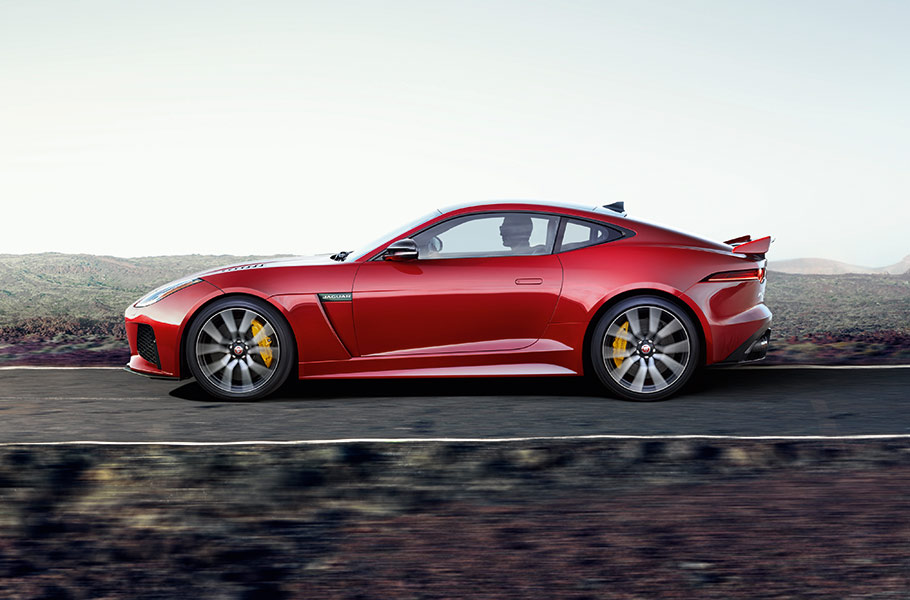 That said, the SVR has 25 more ponies than the R for a total of 575 horsepower and 516 pound-feet of torque sent to all four wheels. It will reach 100 km/h in just 3.7 seconds and will fly by the quarter-mile in less than 12.0 seconds. These are supercar-level numbers, and but it’s the engine’s sound that really gets you.

The 2018 Jaguar F-Type SVR is absolutely bonkers when it comes to noise. The thing explodes at startup then burps and rumbles in a non-distinct pattern before going all Ferrari on you as you open the throttle. Select Dynamic mode and put the exhaust in Sport mode, and you will get a sound that can drown out the best of Italy. It’s actually too much at one point, but you can luckily select a different mode and things quiet down just enough to prevent pissing off your neighbors for life.

As for driving the thing, well it’s not exactly a Lexus ES. As a daily car, it’s rather harsh and it will remind you every day in just how terrible shape our roads are. And those wheels are just begging to break at the next pothole. 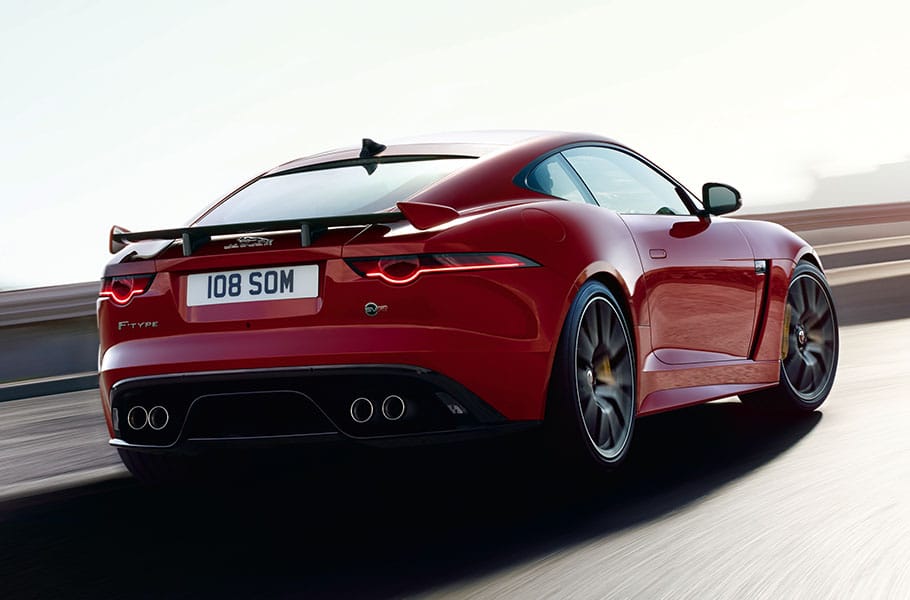 In other words, we need to know what we’re dealing with when we buy an F-Type SVR. These three letters designate the performance division of Jaguar, much like AMG or M or S/RS. Any car with these three letters is therefore designed to go fast in a straight line and in the corners in the first place, not to be comfortable.

That does not prevent it from being versatile enough, however. There is not a lot of storage space inside, sure, but the trunk is quite practical. You can certainly plan an extended road trip or vacation with the F-Type Coupe, and you’ll fit some golf bags in there as well. And for us tall people, the F-Type provides plenty of head room and doesn’t feel too cramped despite what you’d first think.

It is impossible to approach the limits of a car like the Jaguar F-Type SVR on public roads, so I will not comment on its track performance. I have already talked about its average comfort as well, so all that’s left is to mention is that despite all its power, the F-Type SVR remains relatively easy to drive and above all, easy to control.

The accelerations are progressive if you want them to be and overall it won’t scare you or do anything weird unless you forget to be progressive as well in your inputs. All-wheel drive is a major asset in terms of stability, although I do not know if I would venture on a snowy road. First, 575 horsepower is a lot of power in the slush and secondly, the F-Type SVR is quite low.

Even so, I would not hesitate to buy a 2018 Jaguar F-Type SVR. Especially since it is offered starting at about $ 140,000, which is a very reasonable price for such a stylish and powerful vehicle. I’ll say it again, what a car!

This model will be built at the company’s Performance Manufacturing Center in Ohio. It will be the first hydrogen vehicle that can also...
Read more
Previous article2017 Alfa Romeo Giulia Review: A Lot of Germany with a Little Italy
Next article2017 Nissan GT-R: If Connor McGregor was a car