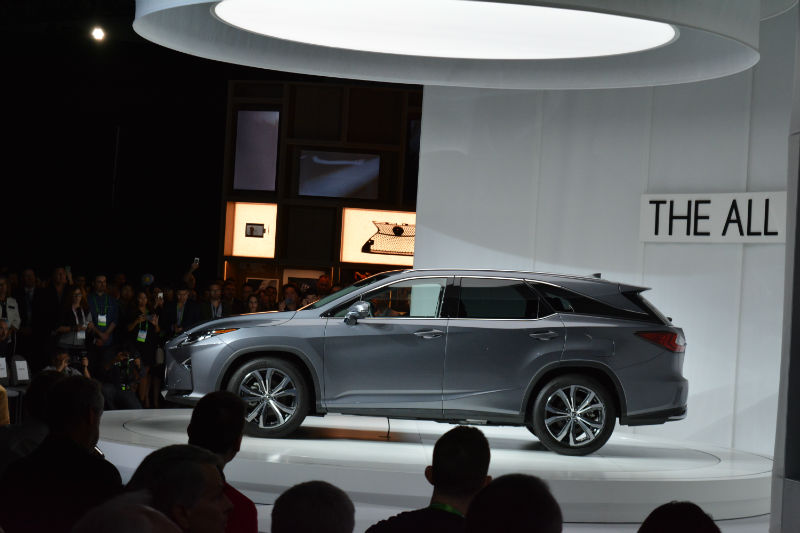 Lexus saw the writing on the wall some 15+ years ago. They knew that a 3-row SUV made sense. The Acura MDX and Toyota’s own Highlander were doing well in a market were minivan sales were declining and the demand for utility vehicles was rising. More than a decade and a half later, we finally get a 3-row Lexus RX, the RX L.

Lexus has, in fact, had two SUVs with built-in 3rd rows for a long time however at over $70k for the least expensive one, they weren’t even close to being competitive. On top of the pricing, the GX and LX are dinosaurs by any and all measures, once more positioning themselves far from the likes of the Infiniti QX60 and the others. But that’s all behind them now and given the RX’s huge popularity, it’ll do well.

Two versions of the RX L will be available, namely the 350 and 450h, the latter being the hybrid. At 4.3 inches (110mm) longer, the lengthened crossover doesn’t actually look like it’s that much longer. The extra girth accommodates the two extra power-folding spots but this won’t necessarily mean that all RX L will be 7-seaters. Second row captain seats will be available for a total of six seats. In both cases, the second row is slightly raised for supplemental foot room for those in the rear.

The 2018 Lexus RX L is expected to go on sale early next year. Pricing will be announced at a later date.

The Lyriq was previously considered a sedan by the US Government. This now means the Lyriq can benefit from up to $7,500 in...
Read more
Previous article2017 Los Angeles Auto Show: Chevrolet adds a convertible to the Corvette ZR1 mix
Next articleLos Angeles Auto Show: BMW introduces the new i8 Roadster