Life is weird sometimes. Alright, all the time… Over the last decade, I’ve had the opportunity to drive, by my count, the R35 Nissan GT-R eight times. The weird thing about it is that I loved the car the first two or three times but up until now, I was quite averse to the car.

I actually managed to upset the good people at Nissan Canada a few years ago, enough so to get a courtesy call. We’re obviously still on good terms as I just returned a 2018 GT-R Premium painted Pearl White with the optional Red Amber semi-aniline leather interior. Total sticker price landed just shy of the $132,000 mark. 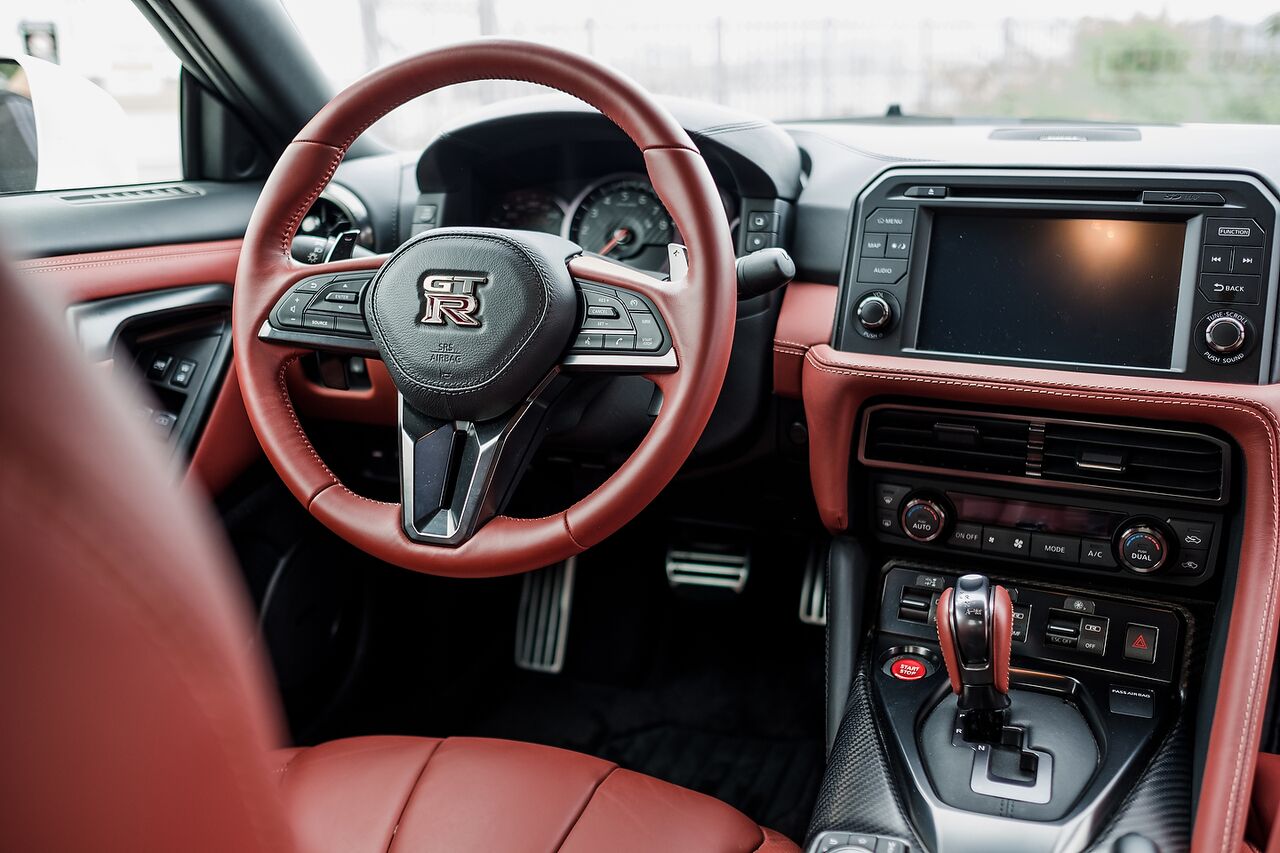 As I drove this car, Metallica’s Some Kind of Monster played in my head. The song’s about a Frankenstein creature or “some kind of monster” which I felt to be quite apropos. No, the GT-R’s not as dark as the lyrics but every time I inevitably hit the throttle, the Monster that is the GT-R would lurch forward with violent power. The intake noises alone seems to usher in the end time.

The VR38DETT 3.8-litre twin-turbo V6 engine continues to activate the GT-R, as it has for the last decade. The latest and current output is pegged at 565-horsepower at 6,800 rpm and 467 lb.-ft. of torque from 3,300 to 5,800 rpm. The same dual-clutch 6-speed automated manual transmission and world’s first independent rear transaxle for an AWD vehicle are back.

I’ve driven many fast cars and with the exception of the 700+ horsepower club, only the GT-R continues to astonish every time the throttle drops. The mechanical-ness of the driveline is designed to launch, and that it does. The sprint to 100 km/h takes but 3 seconds and the accompanying drama raises the adrenalin levels to 10 in an equal amount of time.

This is how I describe the Nissan GT-R to all those that ask and bother to listen to the answer. I compare it to the Dodge Challenger Hellcat, referring to the GT-R as the JDM version of the muscle car. I’ve never pushed a Hellcat as hard as I have a GT-R but on the limit, it is true that the Nissan is better suited to handle lateral acceleration and g forces than the FCA. 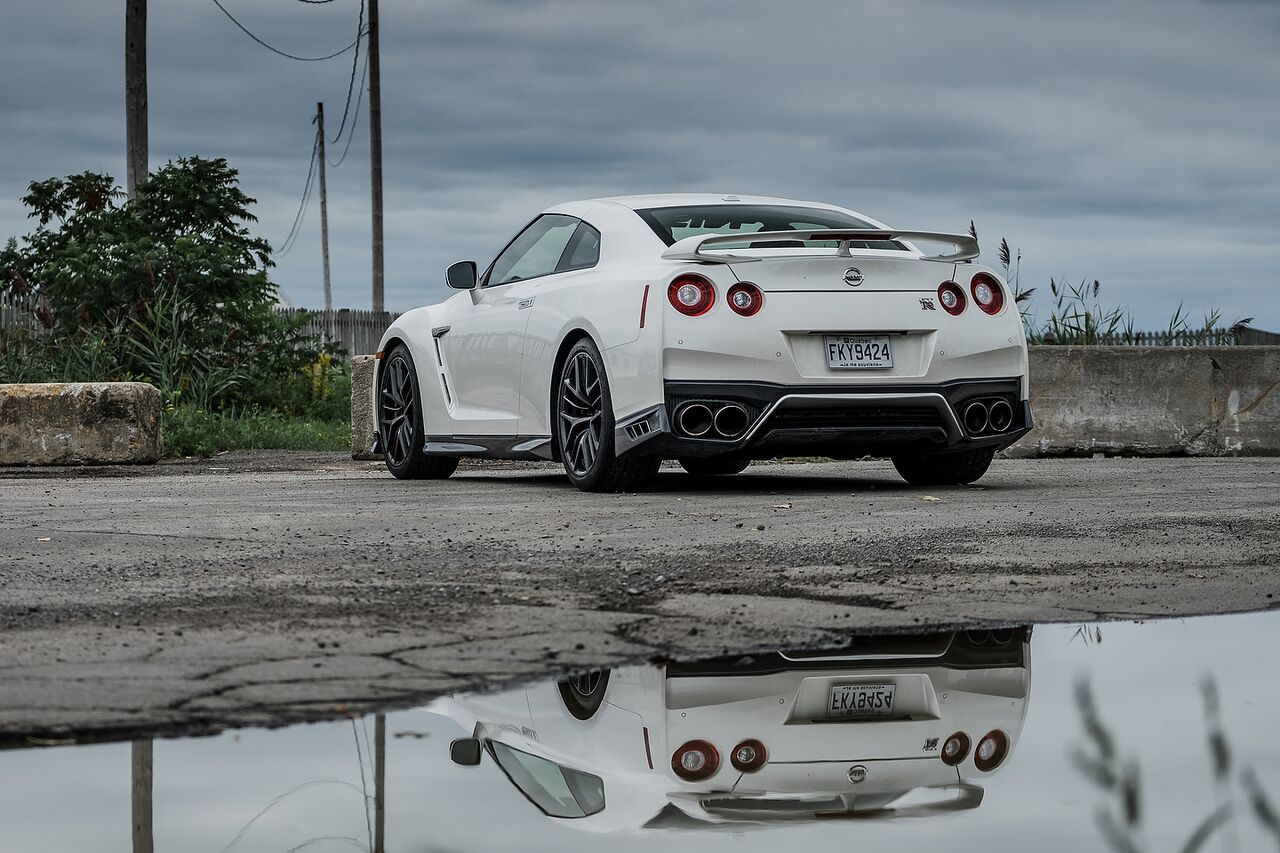 Like the Challenger, the Nissan’s brakes are only just able to cope with its immense speed and girth, a least for a few laps. The same goes with its steering which is off, or I should say old-school. At low speeds, assistance is limited while at higher rates of speed, assistance piles on. This messes with my sense of confidence in the front end’s abilities even if I know full well that the GT-R has huge grip capabilities. The end result is a car that is best suited for the drag strip than high-speed lapping around a road course.

Ancient yet so desirable

Production of the R35 GT-R began in December of 2007. As I’ve stated, little has changed with the car in all this time but the big Nissan still captures the imagination of the video-game player. It’s impressive to think that after all this time, the Nissan GT-R continues to garner so much attention – this is the true definition of a living legend.

When taken and studied with this in mind, the 2018 Nissan GT-R comes into its own. This car is in fact old-school, new, but dated at the same time. This is the recipe that FCA has used with the Charger/Challenger duo and it has worked incredibly well. There’s little information surrounding the future of the R35 and the GT-R’s legacy. The GT-R50 was hopefully but a botched attempt at what a future “R” could look like.

Whatever happens, the R35 will go down in automotive history as one of the greats. The fact that this car remains as coveted and praised by enthusiasts demonstrates how superior the GT-R was a decade ago, and still is.

The SEMA Booth from Nissan will be Electrifying

Most Popular Cars in Canada, Third Quarter of 2022

Most Popular Cars in the United States, Third Quarter of 2022