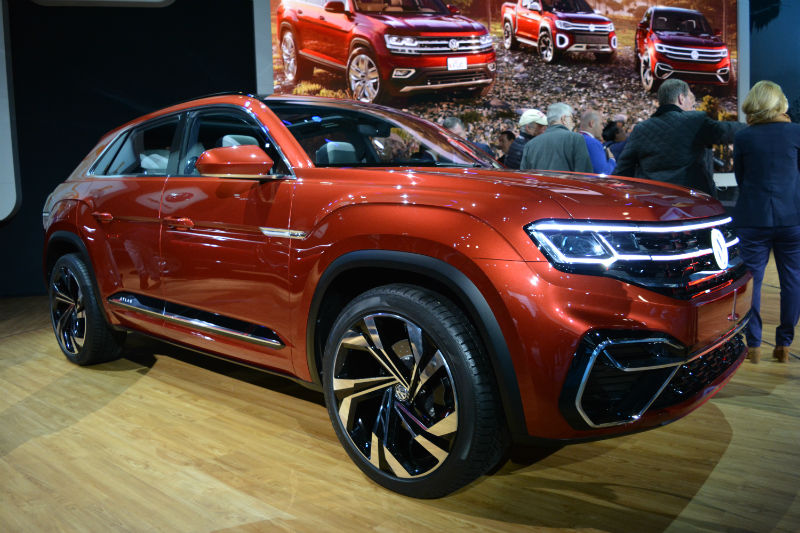 The Atlas Cross Sport Concept is nothing more than what a 5-seater large Atlas would, or is that, will look like? Meant to compete more with the likes of the Jeep Grand Cherokee, the Cross Sport Concept would bridge the gap between the Tiguan and the Atlas.

The CUV’s sleeker shape is not all that’s interesting about the Cross Sport. The Concept’s powertrain consists of a 3.6-liter VR6 engine mated to a pair of electric motors, one on each axle, and an 18-kWh lithium battery pack. Total system output for this plug0in hybrid is 355-horsepower and 494 lb.-ft. of torque or enough to the launch the vehicle to 60 mph (96 km/h) in only 5.4 seconds. The electric range is set at 26 miles, or 42 km, which is roughly average for this type of vehicle.

Volkswagen’s also looked into a non-plug-in version with a smaller battery, to the tune of 2-kWh, and found that the powertrain would still produce 310-horsepower. This plain hybrid version would still be powerful enough to reach 60 mph (96 km/h) in 6.5 seconds.

A new vehicle is set to be assembled at the Chattanooga, Tenn. plant next year, alongside the seven-passenger Atlas and the Passat sedan. We’re convinced that will vehicle will look a lot like the Cross Sport.

The Atlas Tanoak Concept is a surprise, and not so much at the same time. While there was such a thing as a VW pickup between 1979 and 1984 in North America, it was Golf (aka Rabbit) based and not much of a workhorse. It was however immensely cool! 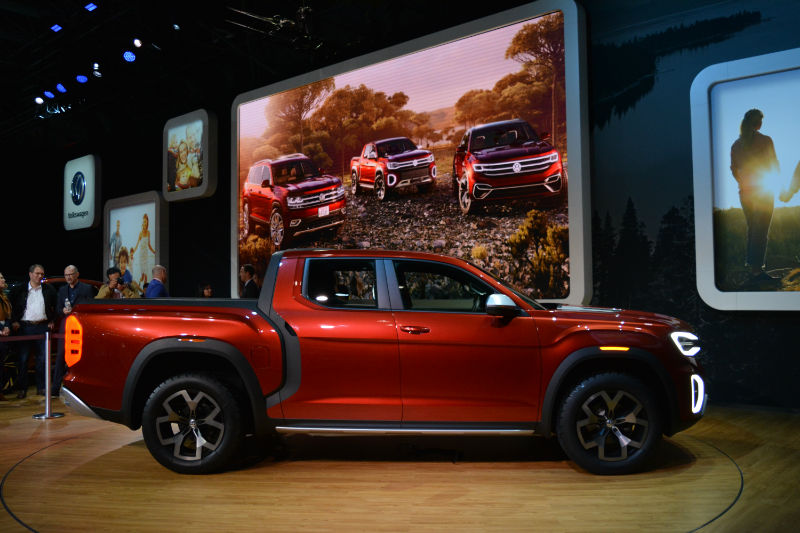 Volkswagen builds and sells an Amarok pickup in a number of markets around the world and has done so since 2010. All agree that the Amarok would do well in Canada and the US but regulations being what they are, we’ll have to wait until VW builds the Tanoak in Chattanooga, if they do at all.

The pickup truck market is huge in both countries, and highly lucrative. The compact/midsize segment features the likes of the Toyota Tacoma, Honda Ridgeline, the GM twins, the new Ford Ranger and lots of room to grow as consumers look for more efficient and right-sized vehicles to live and work with.

We’re speculating that a hybrid, or plug-in hybrid pickup, with the technologies present in the Cross Sport Concept, would open up a world of opportunity for VW to penetrate the segment.

All four vehicles, including the “original” Atlas, are based on VW’s excellent MQB platform. This building block’s tremendous flexibility means that all of this is possible, and probably not that expensive to make happen. Do understand that there are no official plans from VW to build the Tanoak but that we think they should. Given the concept styling, both inside and out, we’re guessing that you, the pickup buyer, might want it to be built as well.