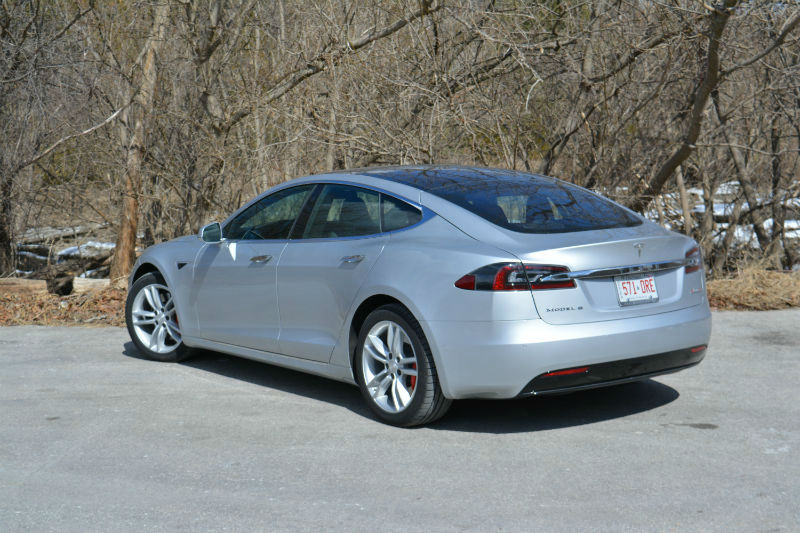 What Tesla’s managed to pull with the Model S is and will always be remarkable. Out of nowhere, this small car company launched a full-size 100% electric premium sedan and seemingly overnight, disrupted a segment once reserved for established uber-flagship super-luxury saloon cars. Heck, at one point the Model S outsold nearly all of its competitors combined.

The Model S arrived for the 2012 model year and has since experienced the full gambit of highs and lows. From being “recommended” to “not recommended” and back by Consumer Reports, to braking equipment during crash tests, to being voted car of the year and Century, and to killing people in autonomous driving accidents, few other cars in history have had such an impact on the automotive landscape in so little time.

Tesla’s Model S is a formidable automobile on many fronts and it is for this reason that the boss and I jumped on a plane headed towards Toronto very early one morning when the opportunity to review both it and a Model X P100D came up. I’d driven a P85 four years prior and was keen to find how much the car had evolved in that time.

Here, little has changed in all of seven years. Franz von Holzhausen’s design has proven to be nearly timeless but by today’s standards, a car cannot “survive” on a simple nip-tuck and new wheels in all that time. Will there be an all-new Model S? If so, when? 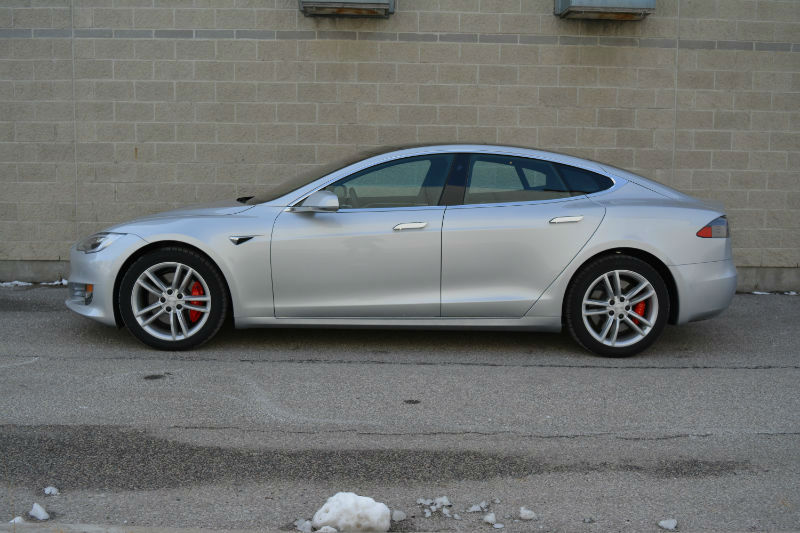 Fact of the matter though is that the car still looks good. The 5-door hatchback body-style is growing in popularity and this helps the Model S age gracefully. The grille-less front-end and LED headlights give the car a menacing G.I. Joe‘s Snake Eyes presence. The most important design element however, are the wheels. Depending on the selection, they play a huge roll in defining the car’s stance and stature. They can make a 75D sit like a P100D, and vice versa. To be safe, always go for the 21s.

The cabin’s aging, but not dramatically, if mostly because of some of the controls. The window switches and the column-mounted shifter, both lifted from old Mercedes products, are the main culprits. However, the spectacular 17” touchscreen remains captivating. The novelty will wear out in the coming year or two as carmakers like FCA are slowly incorporating similar displays in their products but otherwise, the dashboard is a simple affair.

There are few styling distinctions between the S and X on the inside, but one stands out. The S’ door cards look cheap and old when compared to the X’s which feature contrasting materials and surfaces. I thought you should know.

What is truly great about the Model S is that it can double as the family utility vehicle. The car can carry five passengers in true comfort. You could optionally get the 3rd row rear facing seat (a $5,300 option) and two more can take place in complete compliance with the law. And although the 3rd row eats up a large chunk of the boot when in use, there always the trunk. 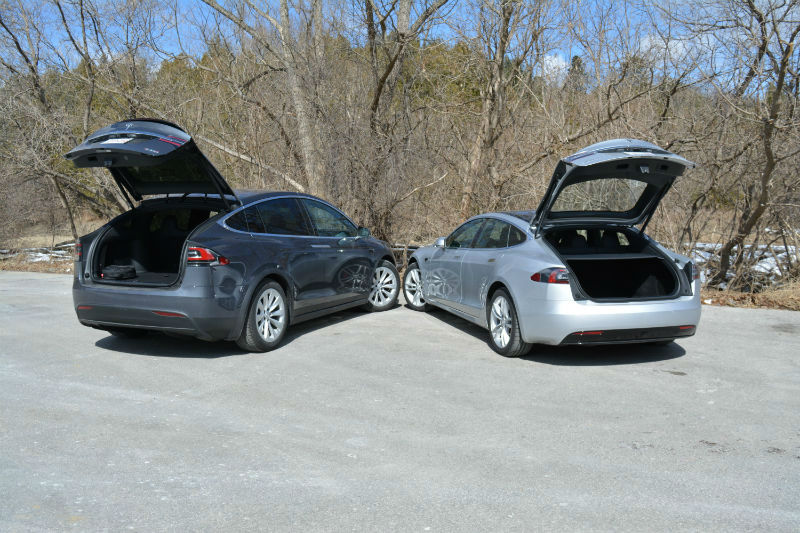 Both first and second row seats are comfortable. The lower cushions are soft and there’s a decent amount of lateral support up front. Leg-, head-, shoulder-room are generous in all positions. While the twin-trunks are great for all larger items, the amount of storage bins inside is impressive.

In case you were wondering what a Tesla Model S retails for, you shouldn’t be surprised to learn that a 75D’s base price is listed at $96,650 when you consider its competition is the Mercedes S-Class, BMW 7 Series and Audi A8. The fact that the P100D sports a $176,000 sticker could be shocking to you. If not, my tester’s pre-delivery fee price of $192,400 might do it…

The list of features that explains the pricing is long but can be summed up by the fact that this car has the largest battery, the dual motors, the highest-spec’d interior, seoncd longest range (up to 572 km) and Premium Package (satellite radio, heated seats and steering wheel, HEPA air filtration) as standard. The base car does include active safety features (collision avoidance, automatic emergency braking and more) as well as retracting door handles, power hatch and WIFI. The options on my car rope in the $6,600 Enhanced Autopilot, the all-important 21” wheels ($5,900) and more.

Determining the value quotient for the Model S is difficult. It is unique, for the moment, and the software is constantly upgraded over-the-air thus a 2014 Model S may have similar features as a 2018. Resale values seem strong when compared to the top-end Audi, BMW and Merc which tend to depreciate very rapidly. Tesla’s uncertain future may nonetheless negatively impact the value.

You already know it but the Model S P100D is stupid-fast. The word “fast” barely begins to describe what it’s actually like to hammer the throttle in “ludicrous” mode. While I did perform straight-line launches into orbit, purely for professional testing purposes of course, they were not the bursts of acceleration that, quite frankly, frightened me the most. 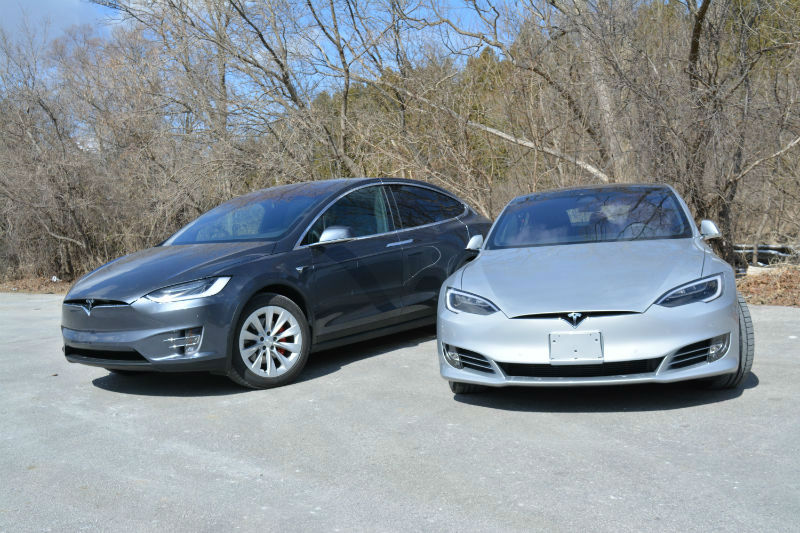 At one point, on the return drive, I needed to change lanes on the 401 and proceeded to check my blind spot. The moment my brain called the “all-clear”, my right foot went down and as it did, my neck strained harder than it’s ever had to keep my head from smashing against the side window, on the passenger side!

You have to understand that driving a P100D is an opportunity as rare as reviewing a Porsche 911 GT3 or an Audi RS 6 in North America. This is why the “ludicrous” drive was engaged the entire drive.

The P100D’s total system output of somewhere in the vicinity of 762-horsepower and 687 lb.-ft. of torque is, in itself, ludicrous. The car’s been measured reaching 60 mph in 2.275 seconds (2.4 seconds to 100 km/h) and while this is extraordinary, it’s almost dangerous. Sure, one gets used to this kind of acceleration but what happens when, for some reason, you take your kid’s Civic to go somewhere? You’re as good as dead!

The car can go from a cosseting sedan to a surface to surface missile with a few pokes of the screen but there’s one thing that never happened, at least to me: I never got emotionally involved in the happenings. The up and downside to an electric car is the silence. My senses expect some noise, vibrations and harness when I throw down but because none of these hints are present in the drive, the mind and soul only rely on the seat-of-the-pants and the eyes to release dopamine and oxytocin. I got the fizzes under hard accelerations, but the feeling never lasted. I did smile most of the drive however.

With the P100D comes the Smart Air Suspension as standard. Its damping and ride height vary with the drive modes or as the driver sees fit. Steering and throttle can also be adjusted, and this is perhaps the Model S’ greatest trick: It can be civil with five passengers on board or can serve to exercise frustrations in a big way on the way home from the office. 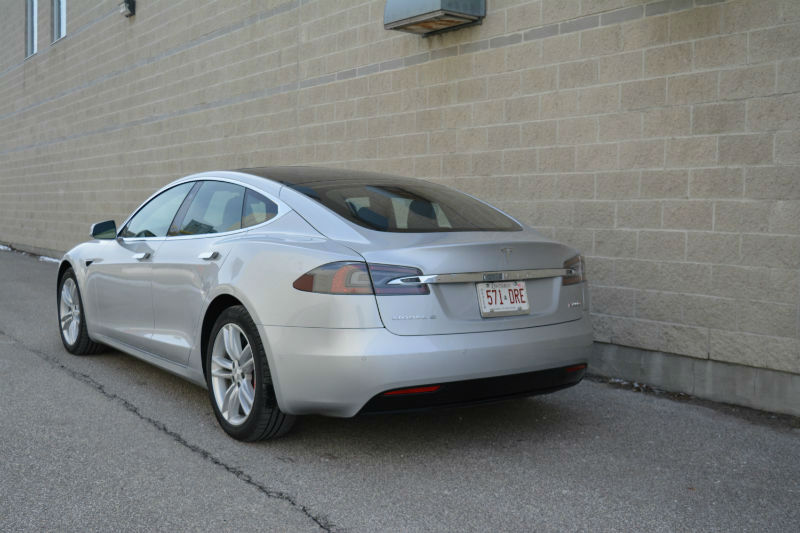 The Tesla Model S and the P100D are incredible achievements but even so, buyers are beginning to look elsewhere. As sales of both the S and X decline slightly and Tesla continues to struggle with the Model 3, one has to wonder what’s next. And let’s not forget that manufacturers like Porsche or Polestar for that matter, will soon be directly targeting Tesla and its clientele. For most of the latter, there’s little difference between a $200k car and $350k car budget-wise.

Spending time with and driving a new Tesla Model S P100D was quite a privilege. The car is amazing, deserves the hype but although it’s seen drag racing all kinds of cars in countless videos, it will never replace a true sports car, be it a sedan or a coupe. The next Roadster might be the answer to that final point if Elon gets a chance to build it.

The drawing shows a futuristic EV wearing the GMC and Denali logos The portrayed vehicle looks like a compact SUV It is still...
Read more

The new Thunderbird could become the Chevrolet Corvette fighter. Like the Lightning, the THUNDERbird would be resurrected for an EV. It’s been almost a...
Read more
Previous articleSuperb BMW M2 gains Competition version
Next articleVolvo murders the prancing moose in cold blood