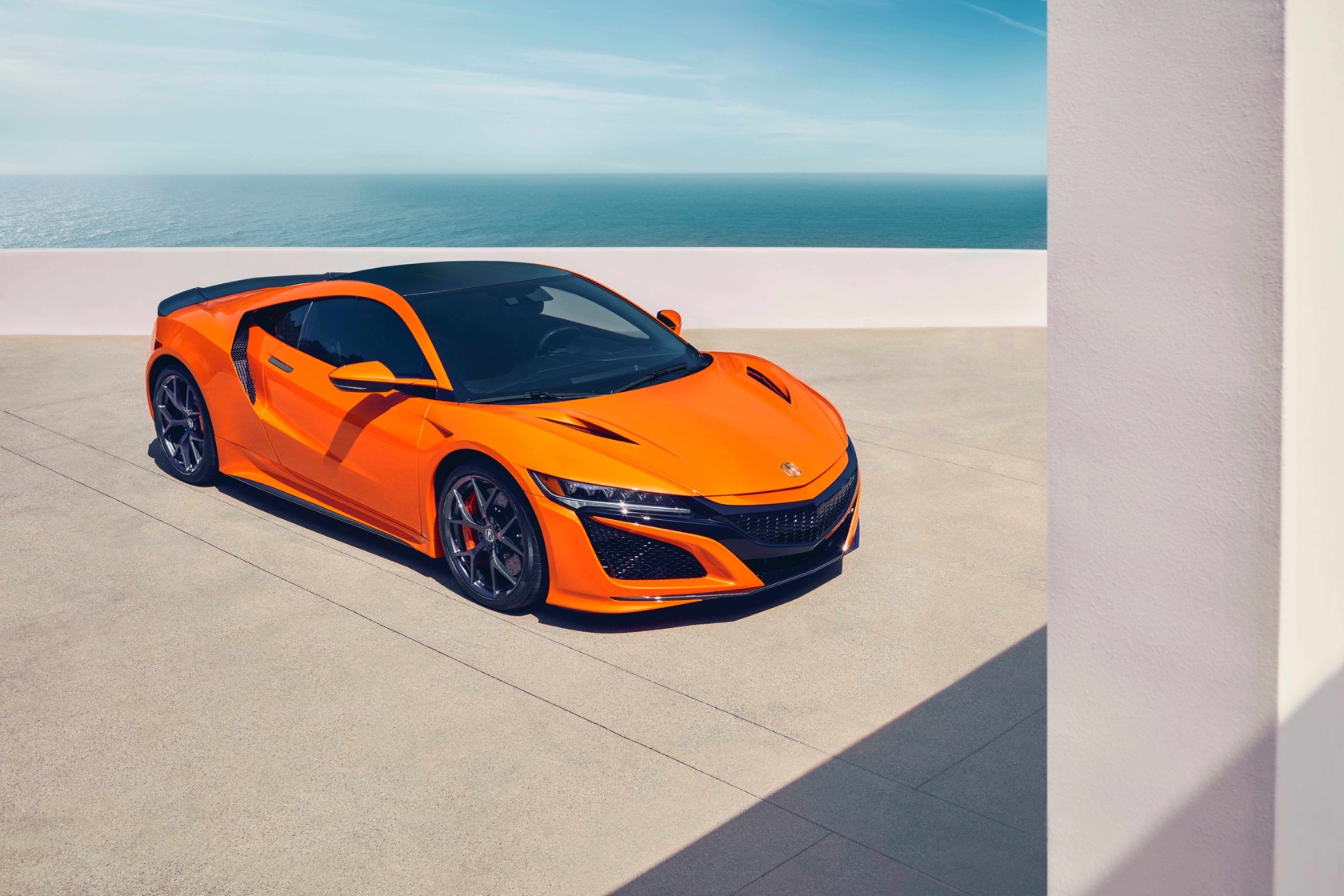 The Acura NSX did not have the success Acura expected it to have when it came back on the market two years ago. What used to be a pure sports car which felt like it was surgically connected to your brain was suddenly one of the most technologically advanced cars in the world.

That sounds nice, but it really isn’t, unfortunately. For the purists, the NSX was just too… techy.  Dealers ordered a ton of them, but most are still on sale.

Undeterred, Acura is back with an improved 2019 NSX. It will have a new shade called “Thermal Orange”, a new grille, new interior finishing options and a more generous list of standard equipment.

On the technical side, the 2019 Acura NSX is still powered by a hybrid engine combining a twin-turbo V6 and three electric motors for a total of 573 horsepower and 476 lb-ft of torque.

Acura engineers, however, improved the rigidity of the car and its stability by increasing the size of the stabilizer bars, among other things.

The new category of fully electric pickup trucks is one that is likely to be successful in the near future. Several manufacturers have already...
Read more
Previous articleJaguar confirms electric E-Type Zero
Next articleThe Brief: 2018 Subaru BRZ tS