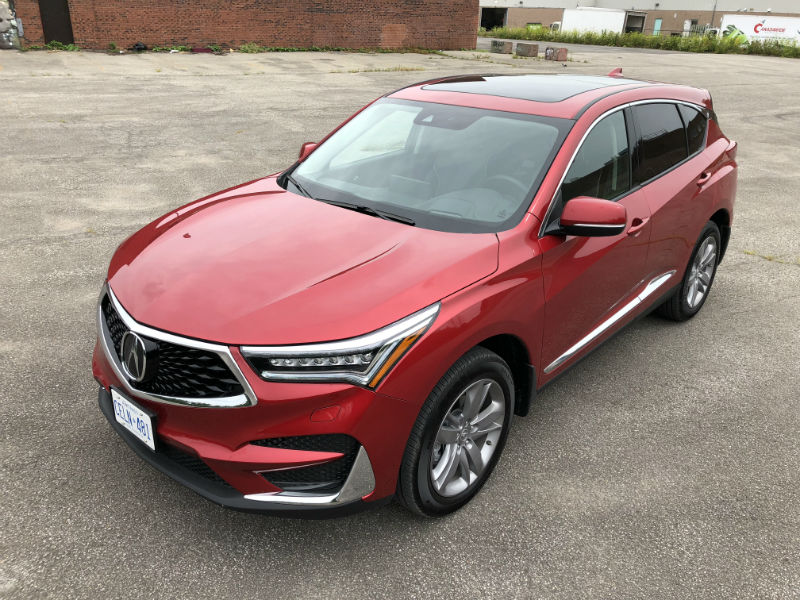 Acura is its own worst enemy. I’ve written something to this effect on a few occasions in the past and it continues to apply. The RDX might in fact be the best example of Honda’s luxury division’s uncanny ability to overshoot the present and deliver to consumers what they will want. The NSX is on another scale.

Back in 2007, Acura’s first generation RDX was already ready for 2018 – it was focused on performance, handling, styling and sported one of Honda’s first ever mass-produced turbocharged engines. It was brilliant. It was about 10 years too soon. The second generation responded exactly to buyers demands and did very well. For 2019 however, it’s back to the original idea, which includes a 4-cylinder engine.

If I was the person responsible for the original RDX, I’d want an award, a bonus or some kind of raise. I’d also be a little upset.

Acura’s worked very hard on finding its own voice for the last decade and it seems as though they’ve finally found it. The new grille design arrived with the latest iteration of the TLX sedan, and it fits. 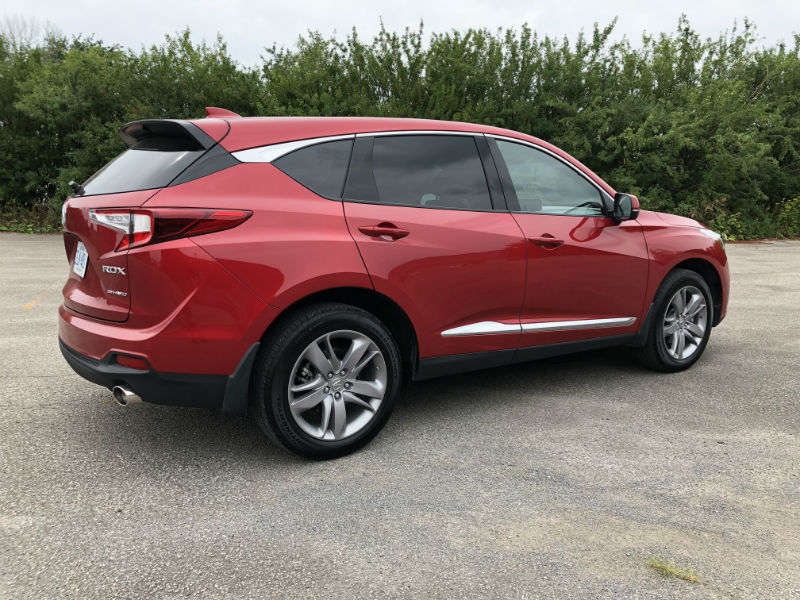 While the 2nd generation RDX was a radical departure from the first, the latest RDX is an evolution of the 2013 to 2018 with a serious dose of dynamism infused onto its body panels. The standard jewel eye headlights are part of Acura’s signature and are completely at home on this crossover. My tested Platinum Elite gets unique 19-inch wheels, LED fog lights and a fair amount of brightwork. The version you are most likely to notice is the A-SPEC – the return of this trim does wonders for all Acura vehicles.

The cabin is beautiful, seriously good-looking. The dashboard is very busy with a multitude of different surfaces, textures and materials. This is Acura trying hard to fill the space with content, very much unlike the Germans however it serves the RDX well. The standard 7-inch cluster and 10.2-inch dash-top mounted displays are functional, as well as visually pleasing.

In the design process however, three mistakes were made – some more serious than the others. The first in the IDS (drive mode selector) wheel that belongs on a coffee machine. It does not fit with anything else. The next is the electronic transmission gear-selector-panel-button thing. Again, it and I don’t blend. There’s zero flow to pushing/pulling the controls and one always has to look at the panel when selecting a gear.

The last element is a disaster on a scale dwarfed only by Lexus’ horrendous Remote Touch junk. Acura’s introducing their all-new True Touchpad Interface (TTI) with the new RDX. If they’re lucky, they’ll kill it now. Once more, the intuitiveness is near zero, the frustration level is catastrophic and even after understanding how it works, it only responds correctly 1 out of 2 tries.

Here’s a thought: Remove the IDS wheel, set it up as the interface tool and use a button/toggle for the drive modes. You’re welcome.

Despite the RDX’s large-compact size, or something like that, Acura’s made excellent work of maximizing the available interior space. The boot is a fine example of this where it’s wide opening allows for large objects to slide in without issue and my favorite, the floor panels opens up to reveal useful and usable bins. 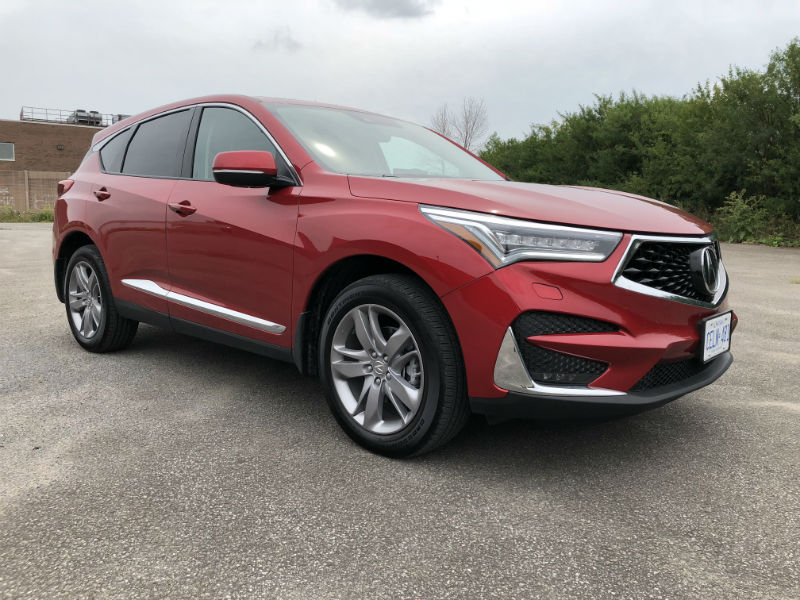 The rear bench is wide enough for the baby seat and two passengers, or three across. There’s loads of room for all appendages including the head despite the presence of the enormous panoramic sunroof.

The front seats are 16-power adjustable for both driver and passenger on this trim. They are therefore very comfortable for the long road ahead. There are many storage spots including the one below the center tunnel. It’s large enough to stow a small purse or anything roughly that size. The door bins are usable and the center armrest covers a large compartment.

I unfortunately got trim pricing wrong in my little video. The good thing is that the actual suggested retail prices are lower than I stated. The base RDX retails $43,990. The A-SPEC I mentioned sports a $50,290 price tag while my tested Platinum Elite goes for $54,990. Here, you also get head’s up display, surround view camera, front ventilated seats, exclusive adaptive dampers and loads more. 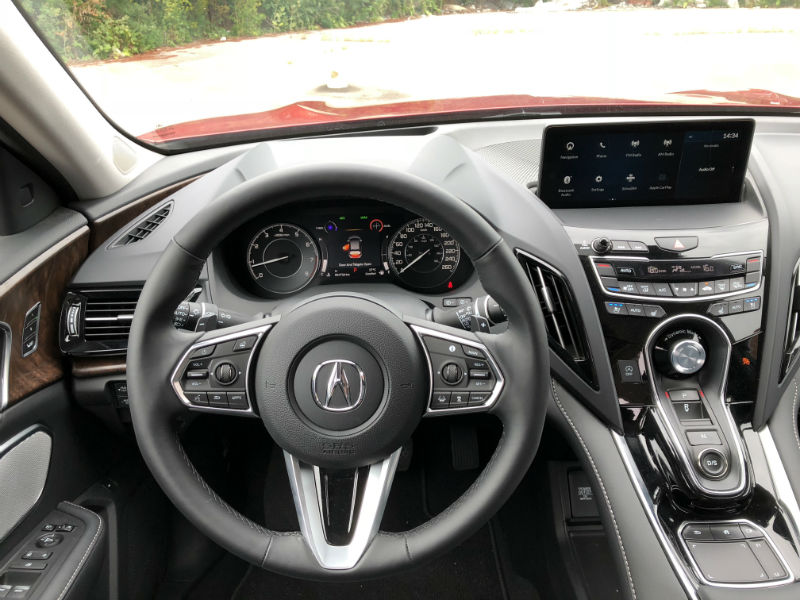 Acura’s become a value leader in the luxury car segments. German alternatives like the BMW X3, Mercedes GLC and Audi Q5 can retail for nearly $10,000 more for equivalent kit. Best bang for the buck RDX is the A-SPEC, if mostly for the styling.

The wildest element for the 2019 RDX is the engine. It’s not about the performance, it’s more with respect to the fact that Acura’s been here before, and were wrong. Today, however, they’re right as rain. 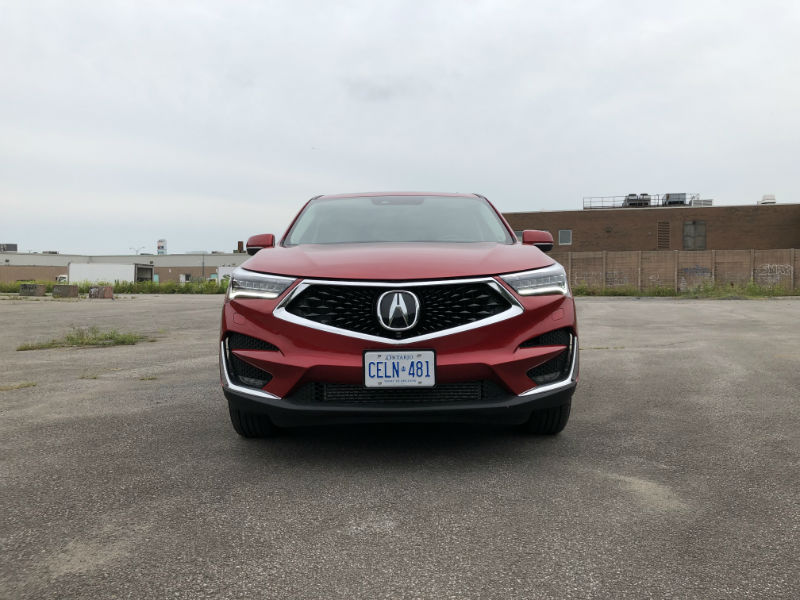 Gone is the massively-used 3.5-litre V6, replaced now by a soon-to-be very familiar turbocharged 2.0-litre 4-cylinder mill that is good for 272-horsepower and 280 lb.-ft. of torque. With the exception of the Alfa Romeo Stelvio’s 4-pot (280/306), the RDX’s is the second most powerful, just ahead of the new Infiniti QX50 and its 268-horsepower and 280 torques.

Standard across the board is a 10-speed automatic transmission that serves mostly as a unique or different spec. Fuel consumption is no better than the competition at 10-11L/100km nor does the RDX feel faster than any of its 4-cylinder competitors. Thankfully, it works well. That’s praise enough as most 9- and 10-speed trannies are all but “smart”.

Under acceleration, the 2.0-litre makes fine noises. I suspect that much of it is digital as the luxury ute feature active noise cancellation and acoustic glass. The level of refinement is important in the RDX and the element that is most responsible is the adaptive damper system reserved only for the Platinum Elite.

They do exactly what adaptive dampers typically do but there’s one exception – they’re actually better tuned in Sport than in Normal drive mode. The dampers maintain a level of “give” at the top end of their travel and firm up effortlessly once beyond that point. Regardless of the mode, the 2.0-litre is a strong performer and will quickly make everyone forget about the Honda Odyssey’s V6.

I came into this test-drive expecting an average driving experience but, in the end, I fell for Acura’s X3/GLC/Q5/ QX50/XC60/Macan/Stelvio opposing crossover. If pricing is not a concern, then the Porsche is the only true answer. The X3 remains a solid choice and the go-to option when brand/prestige and price are a factor. For all other reasons, go for the RDX!

Tesla has already opened its network to other vehicles in some European countries The Biden administration made an announcement that hints at the...
Read more

The electric car is still in its infancy at the time of writing. Over the years, the efficiency of batteries and motors will grow...
Read more
Previous articleShould You Buy a 2019 Ford Mustang Bullitt?
Next articleHow profitable are luxury carmakers?

2022 Honda Civic Si Review: Perfect, and Still Not for Everyone