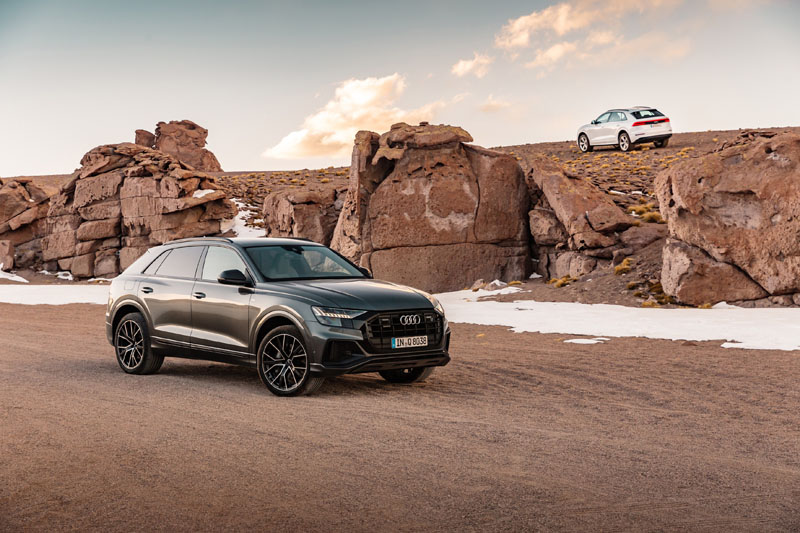 For any automaker to survive in today’s market, a fully-stocked lineup of sport utility vehicles is a must. Audi is not immune to this although it seems to take the German automaker from Ingolstadt a little longer to understand this reality than BMW or Mercedes-Benz.

Take the Q3, for example, which arrived on the market in 2015, a year after the Mercedes-Benz GLA and a full 6 years after the BMW X1. Then there was the Q7, again a late arrival after the Mercedes-Benz M-Class (now the GLE) and the X5 from BMW. Granted, the Q3 and Q7 have done very well despite being late to the party, and Audi is hoping the same will be said about the new 2019 Audi Q8, a direct competitor to the well-established BMW X6 and Mercedes-Benz GLE Coupe.

Perhaps the secret to Audi’s fashionably late entrances in various SUV segments is that they tend to come in when their competition is dated and no longer interesting to consumers.

The GLE Coupe has been on the market for a while now, almost three years, and the X6 has been here even longer. Sure, both are slated to be redesigned, but by the time they arrive on the market in their new robes, the 2019 Q8 will have had basically a year as the hottest and most advanced luxury coupe SUV you can buy.

A single engine for North America

The 2019 Audi Q8 will be powered by a 3.0-liter, twin-turbo V6 engine that delivers 340 horsepower and 325 pound-feet of torque. Paired with an 8-speed automatic, it’s expected to be both more efficient and quicker than the current 3.0-liter offerings found in the BMW X6 xDrive40i and Mercedes-Benz GLE 400 4Matic. It certainly has more power than both, although not by a huge margin (335 hp for the BMW X6, 329 for the GLE).

Where the Q8 trully shines is in the design department. The X6 and GLE Coupe are two excellent SUVs still, but the Q8 puts them to shame when it comes to interior design and exterior refinement. The 2019 Audi Q8 looks like a concept vehicle just rolled off an auto show floor with an entirely digital center console and Audi’s latest exterior visual signature.

Sitting on a wheelbase that’s identical to the current Q7, the Q8 will also strive to be quite user-friendly and versatile despite its coupe design. There’s 605 standard liters of cargo space in the back, slightly more than the X6 or GLE Coupe.

Designed to be a sportier Q7 with the same level of comfort and refinement, the Q8 should also deliver in the handling department. It sits on the same platform that underpins the Bentley Bentayga and Lamborghini Urus, and like all Audis it will have various driving modes through the Audi Drive Select system that modify its behavior to suit the driver. An adaptive suspension system that can vary ride height based on the driving situation is also featured on the Q8.

Earlier this month, the EU voted to completely ban ICEs by 2035. Germany believes that niches will continue to exist for ICE. As the...
Read more
Previous article2019 GMC Sierra First Review
Next articleLeasing vs Buying: Everything You Need to Know