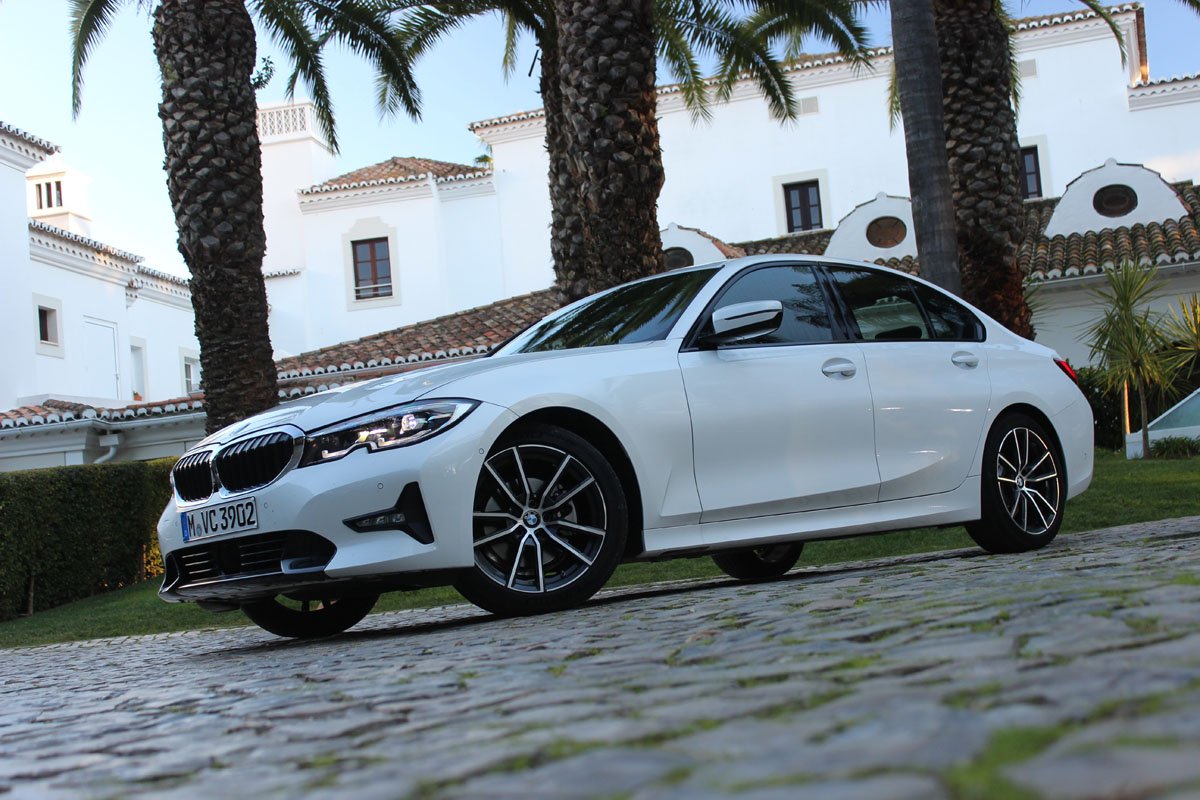 Algarve, Portugal – While the BMW 3 Series may not be the bestselling BMW in SUV/CUV-crazed Canada, it is a huge seller worldwide (over 15 million sold since 1975) and that’s something to say.

While you may think it subscribes to the typical new model formula – bigger inside and out, more technical, more powerful, more efficient – it’s not quite that, for it’s roughly the same size as the previous-gen model.

It is more powerful, though, to the tune of 255 hp and 295 lb-ft of torque for the turbo 4-cylinder 330i, weighs up to 55 kg less depending on spec, and gets a number of engine tweaks to both improve efficiency and provide more power.

All three models, meanwhile, get BMW’s xDrive AWD but only the M340i will get a RWD option; Europeans gets RWD 330i models, but not us. An xDrive-equipped 330e, meanwhile, is a first and while we didn’t get a chance to sample one on this event, we do look forward to doing so later on and seeing how close we can get to BMW’s claimed 60 km of EV range.

Styling-wise, the latest three has joined the rest of the BMW line-up, starting with a pair of spectacular 3D headlights that now receive BMW’s laser headlight tech, whose high beams can see 400 m down the road; could be more if it weren’t for North American headlight regulations.

Eagle-eyed 3 Series fans will notice how the slight notch between each bulb recalls the E46 series car, the model that current BMW designers seem to think had the most distinctive headlight treatment of the model’s modern era. Good thing that distinction’s there; you don’t see quite so much of it from other angles.

The rear facia is the worse offender, with ultra-plain taillight lenses – I do miss the way these used to climb the edge of the trunk on a 3 Series, but it’s been a long time — and flat trunk line. There just isn’t much to catch the eye there.

An Impressive Interior and More Tech

Inside, though, they’ve hit a home run. From the wide central infotainment screen (the 3 Series gets the latest application of BMW Connected 7.0, first seen on the 2019 X5), to the digital gauge cluster, to the oh-so cool stitching on cars with the M Sport Package, this is a very inviting place to be.

Connected 7.0, meanwhile, adds widgets that can tell you the weather or play your favorite streaming music service. Of course both Apple CarPlay and Android Auto are supported as well.

It’s on that screen where you get to make use of the Reverse Assistant that helps you pull out of parking spots by retracing the route you took over the 50 m leading up to said spot; select reverse, hit a button, and it will do all the work required to have you on your way as long as you keep your foot on the brake.

The new cruise system, meanwhile, will allow you to drive hands- and feet-free until you break 60 km/h, which is a boon for stop n’ go traffic. A camera in the gauge cluster does ensure that you keep your eyes on the road, however, so you’ll want to put that sports section down.

Considering the new car’s dynamics, though, you’ll probably want to get your hands on that wheel, because what’s the point in letting The Ultimate Driving Machine ultimate drive itself? Where’s the fun in that? 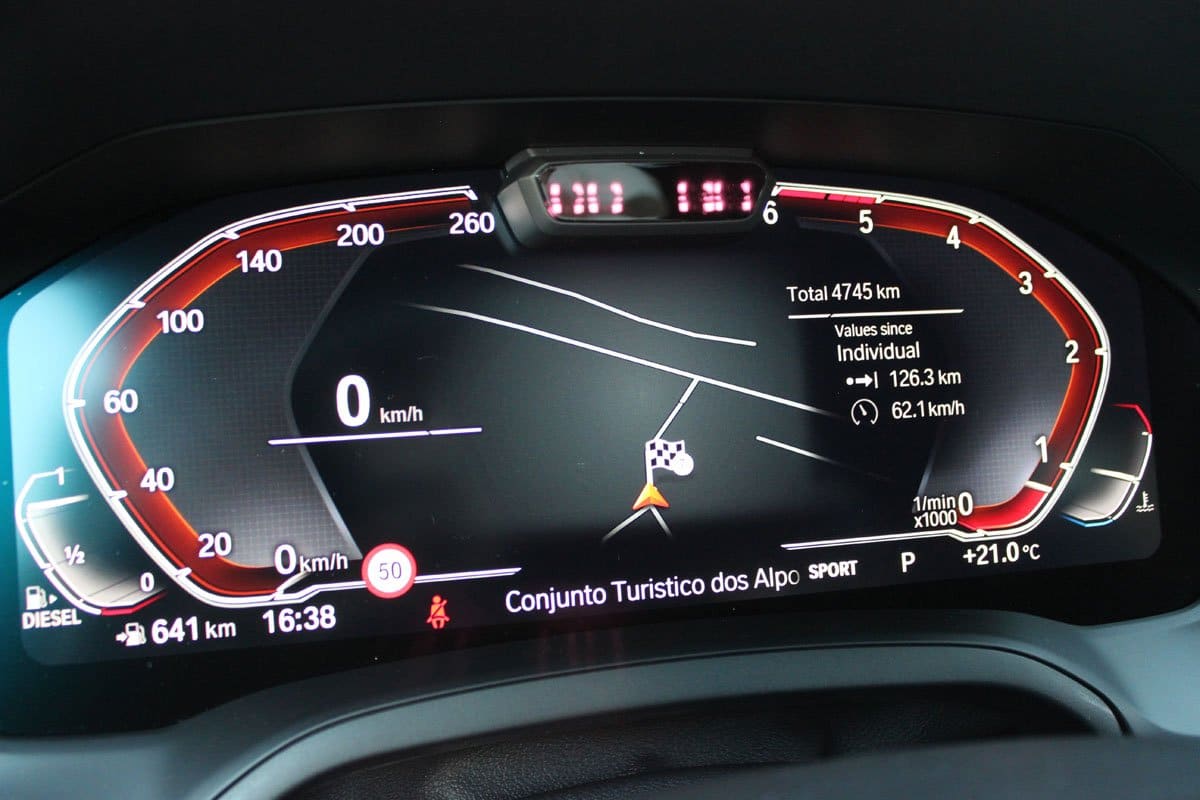 Especially when it’s got a four-banger as good as this one. A single chain drive, less complex drive belt and smaller turbo and turbo housing all make for a more powerful engine, yes, but a smoother one, too. So smooth, in fact, that in numerous occasions, I found myself hitting three figures without even knowing it until I glanced at the speedo. A turbo-four shouldn’t be this easy to use, but there you go.

Just too bad we won’t be able to row the gears ourselves; a manual transmission has been ruled out, with no indication of one coming anytime soon. A newly-calibrated 8-speed with paddle shifters is the only option for the time being.

While that’s too bad, the fact that the 330i comes stock with such an in-tune chassis helps partially make up for it. This is a car that loves its time on roads like those around the Algarve region on Portugal’s southern coast, roads that snake their way through undulating hills so barren with traffic that it’s almost like you’ve been transported to another time, before the whole world had access to cars.

Off-camber turns, left-right-left transitions highlighted by the occasional precipitous drop befitting of a world rally stage – or at least a world rally recce portion – are all here to put any car to the test. 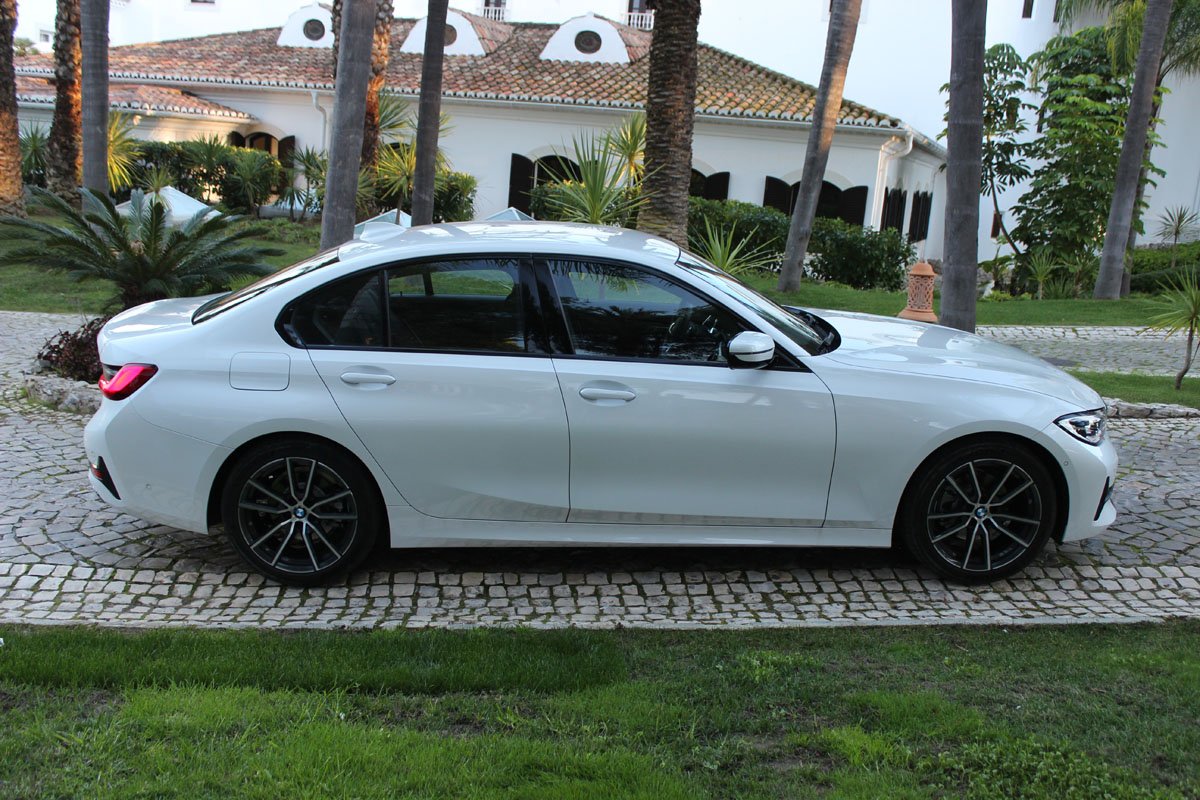 For its part, the 330i was up to the task, communicating the goings on beneath the front wheels through the (somewhat overly) thick-rimmed steering wheel. If you equip your 330i with a $1,300 M Differential – as ours was – you also get adaptive steering that changes with the drive mode, of which there are four: Eco Pro, Comfort, Sport, and Sport +.

Of course I kept it in Sport for the duration of this jaunt and a more engrossing drive in a sports sedan I cannot recall. The ultra-confident dampers (that have been boosted with a set of additional hydraulic stop dampers for an added layer of body control) keep everything in check on the one hand, and absorb negative (read: potholes or broken concrete) bumps very well, if in a somewhat bouncy fashion over positive bumps (read: concrete heaves).

I found myself welcoming every turn with confidence, knowing that I had real competency underneath me. Then, when it came to the highway drive home, those dampers, Comfort mode and features like standard acoustic laminated windshield show the 3 Series luxury side, which is probably what most owners are going to be looking for.

Of course, if they swing the other way, then the M340i may be just the ticket. While it won’t be coming until later this year, we were given the chance to put some re-production models – clad in camo and all, even though we’d just seen the finished product at the LA Auto Show – through their paces at the Algarve Autodrómo circuit, an undulating yet wide track just outside of Portimão, Portugal. 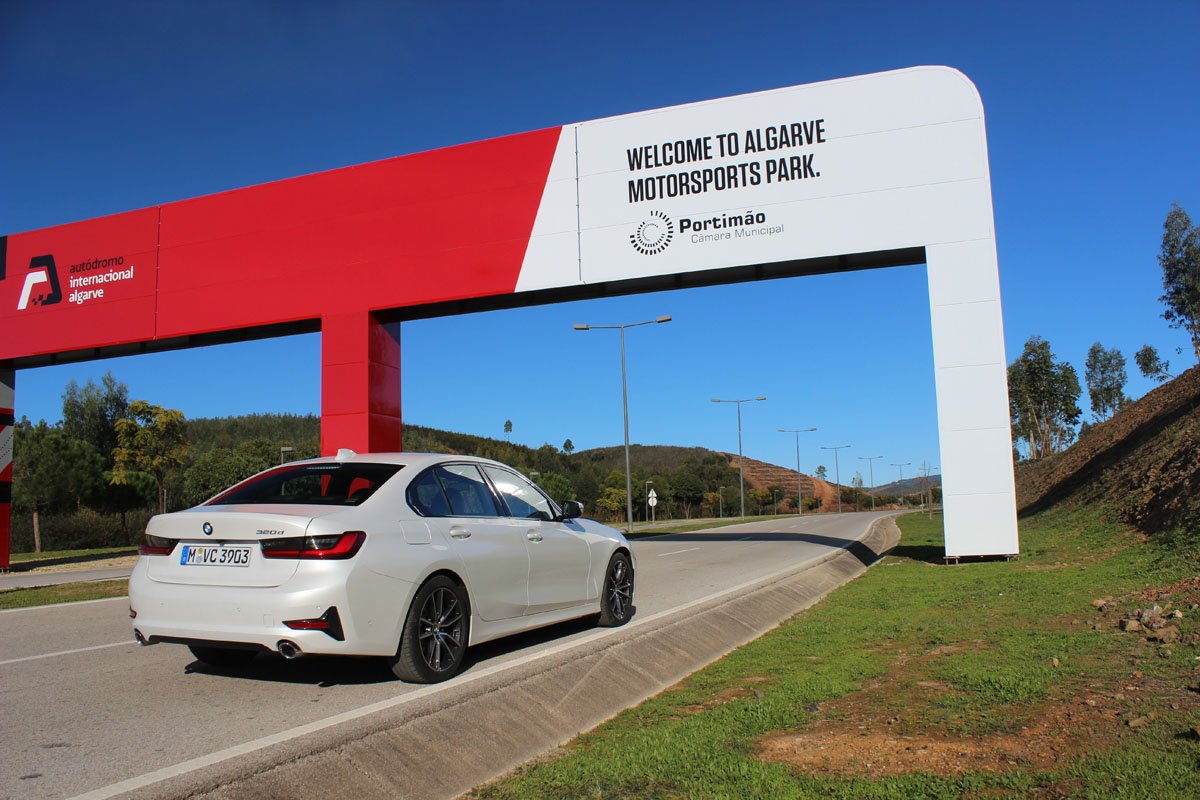 The long sweepers punctuating a number of the track’s sections are perfect places to see just how communicative a car’s chassis is, and after my drive through the mountains, I wasn’t surprised to find that like the 330i, the M340i was adept at letting me know exactly what was going on below the seat of my pants, making for some fun tail-out slides and a clear look at front grip levels during heavy braking situations.

The only thing is it doesn’t quite feel like you have such a power advantage over the four-banger; that could be a testament to the latter’s abilities, or an indication that BMW doesn’t want the M340i to come to close to the hitherto unannounced — but inevitable — arrival of the next M3.

That 330i is properly impressive, though. With a four-banger that punches above its weight class, a great mix of sport and comfort, tech that reaches beyond what most will ever need and a well-appointed interior. Yes; the styling does leave a little to be desired, but for those considering anything other than the M340i, that probably won’t be that much of a deal-breaker.