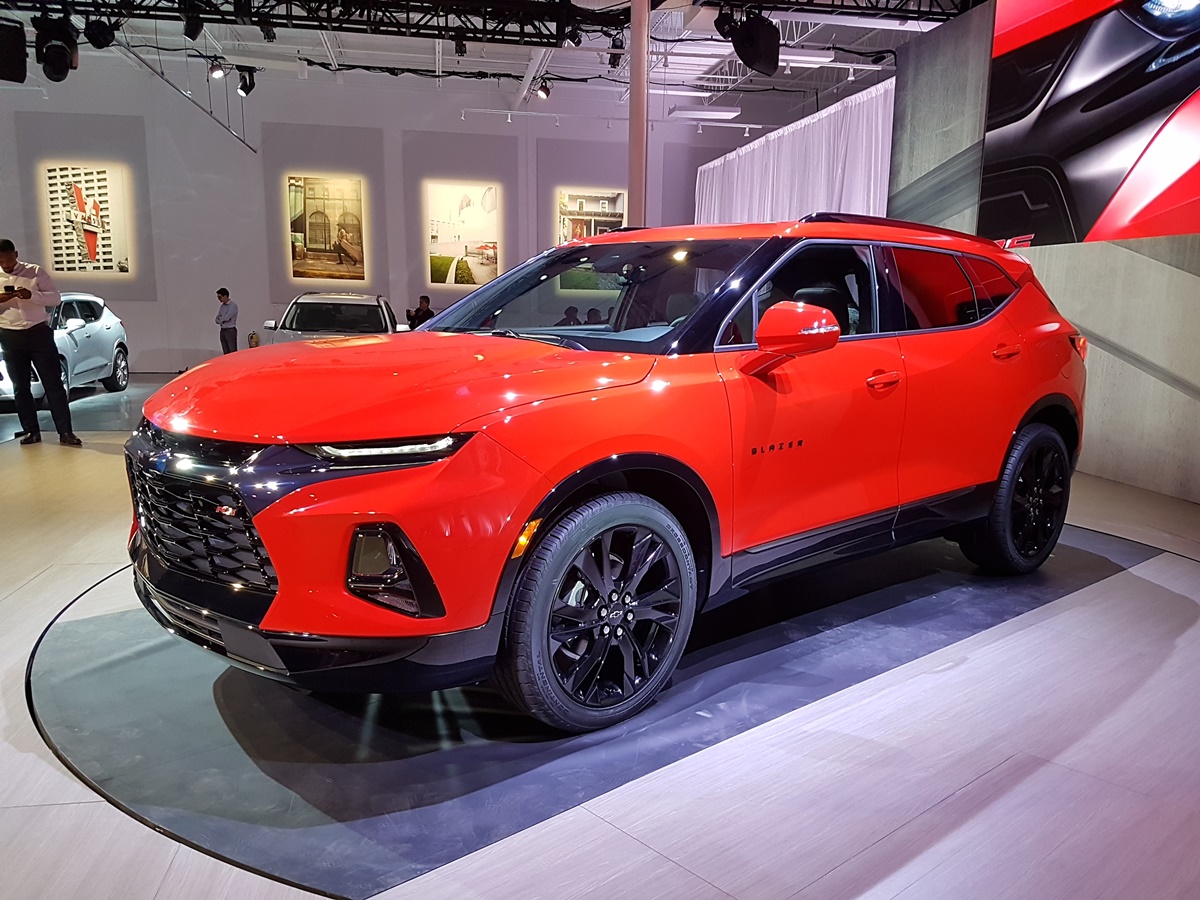 Unveiled in June, the 2019 Chevrolet Blazer will be arriving in dealerships early next year complete with two available engines and an aggressive design that takes some cues from the Camaro.

Supposed to be a Wrangler, 4Runner, and eventual Ford Bronco competitor, the 2019 Chevy Blazer was actually built more for the suburbs than the forest. Its main competition will be the Ford Edge, Jeep Grand Cherokee, Nissan Murano, Kia Sorento and Hyundai Santa Fe.

According to a recent order guide published by GM Authority, there will be four versions of the Blazer offered in the U.S: L, Blazer, RS, and Premier. We don’t yet know how Chevrolet will break down its Canadian Blazer lineup.

Two engines for the 2019 Chevrolet Blazer

The new Chevy Blazer gets a 193-horsepower 2.5-liter four-cylinder engine out of the gate which will be paired with a 9-speed automatic. With less than 200 hp and 188 pound-feet of torque, don’t expect mind-bending accelerations out of this engine.

From there the 2019 Blazer takes a quantum leap to a 3.6-liter V6 engine good for 305 horsepower and 269 pound-feet of torque. Although not yet announced, expect a turbocharged four-cylinder engine to bridge the gap between the current four-cylinder and V6 sometime down the road.

Other features available on the 2019 Chevrolet Blazer include a rear-view mirror camera, heated and cooled seats which you can turn on remotely, adaptive cruise control, and rear heated seats. RS models will have a more aggressive design to go along with massive 21-inch wheels.

The Blazer will be five-seats only and will slot between the Chevrolet Equinox and Chevrolet Traverse.

At first glance, the 2019 Chevrolet Blazer shines with its design and connectivity features, but we have our doubts about the current engine offerings. There’s either not enough power, or a big V6 engine. On paper, the Blazer already has some catching up to do in the powertrain department and it hasn’t even arrived yet.

Of course, we’ll have to drive it before we can make any concrete assessment. We’ll keep you posted when that happens, or when we get more info in regards to Canadian pricing.