Glance 2019 Ford Explorer at a glance

2019 Ford Explorer at a glance

You may be surprised to learn that the current Ford Explorer is 9 years old. Doesn’t seem that long does it? Introduced in 2011, the Explorer did get two facelifts since then, the first and most significant in 2016 and the second last year.

It seems that was enough to keep consumers happy as the Explorer, despite its age, is still doing well in terms of sales. It was among the top 10 best-selling SUVs in the country as of August, and overall sales this year are up compared to 2017.

The sixth-generation Explorer will therefore have accomplished the rare feat of remaining relevant and popular for its entire product cycle. It will be carrying quite a bit of momentum into next year when the new generation is introduced.

We don’t quite know when that will happen, so for the moment the 2019 Ford Explorer is what you will find at Ford dealerships. You may also be able to get a good deal given that the current-gen is on the way out. Either way, the Explorer still has a lot to offer.

On the other hand, it faces some tough competition, namely in the form of a redesigned Mazda CX-9, a brand-new Volkswagen Atlas, a new Hyundai Sorento and a new Hyundai Santa Fe. Then there’s the Honda Pilot and a handful of other models that also give you three rows of seats. 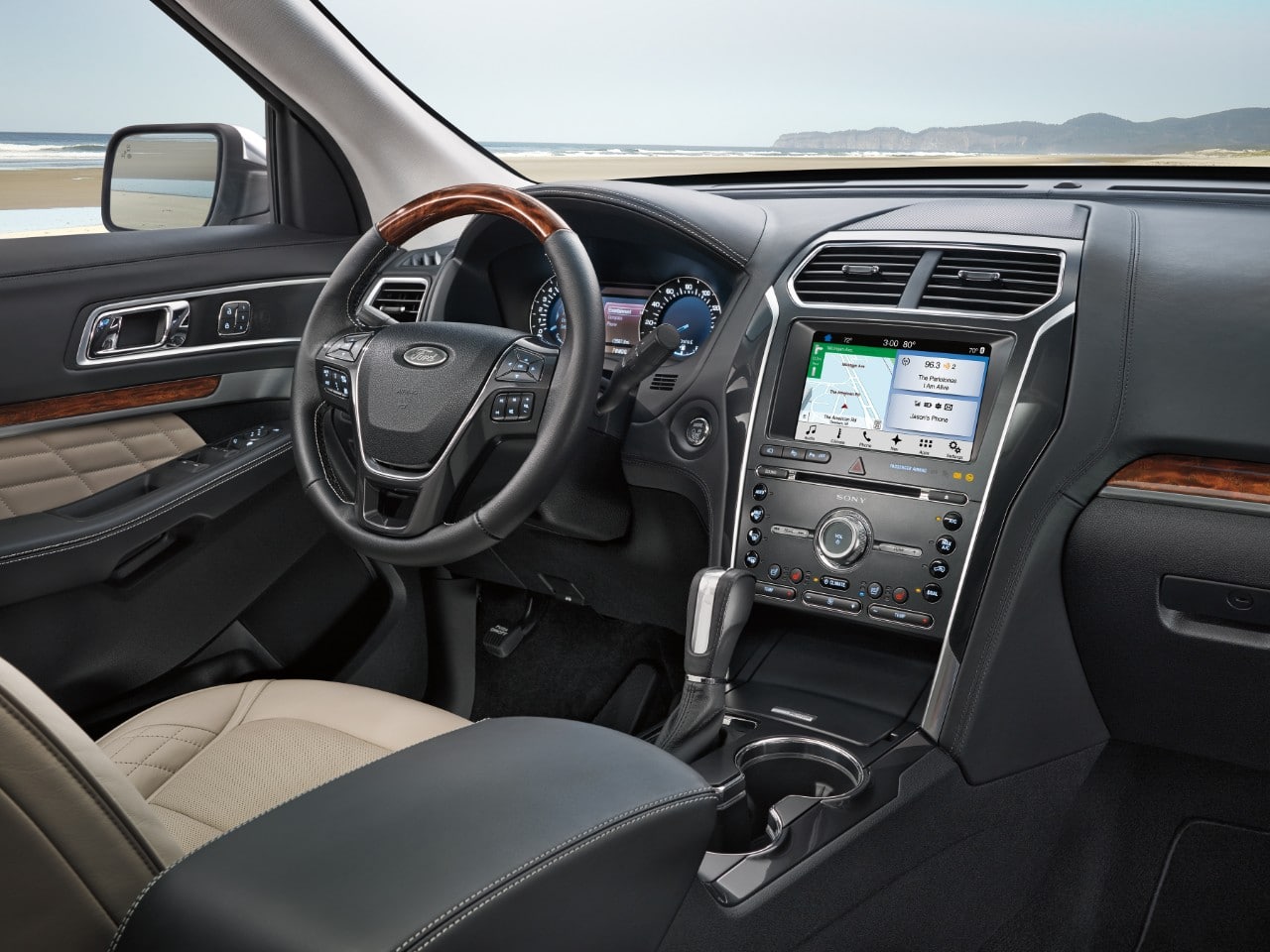 What the 2019 Ford Explorer does well

There are three engines in the 2019 Explorer lineup and they are all among the most powerful in the segment. You get between 280 and 365 horsepower, and between 255 and 310 pound-feet of torque. The Explorer isn’t a light vehicle by any stretch, but any of its available engines gives you enough power to move with confidence.

It’s among the best in its class when it comes to comfort. It’s also very, very quiet which makes it a great vehicle for taking those long family trips.

Passenger space is right up there and so is cargo capacity. Available space for both front and rear passengers is better than average. As for the third row, it’s not bad either compared to the Explorer’s main rivals. If space is your primary concern, the Explorer should be on your list.

The SYNC 3 isn’t the best infotainment on the market, but it’s not too far off. It’s easy to use and everything is well organized.

The Explorer’s interior may not be the most flamboyant in the mid-size SUV segment, it’s still very upscale for a vehicle in this price range. It’s well-built, well thought out, and packed with storage areas.

What the 2019 Ford Explorer doesn’t do so well

The Explorer’s engine lineup is packed with power, but fuel economy suffers. This is among the thirstiest mid-size SUVs you can buy.

As mentioned in the intro, a brand-new, completely redesigned 2020 model is on the way. It will be more efficient and have more technology as is always the case when a new generation is introduced. You may want to wait on that.

The only issue with the 2019 Explorer is the upcoming model redesign planned for next year. The only good thing about a vehicle being on its last year is that you can expect some kind of incentive at some point and therefore you can get really good value. The down side is just about everything else. The next Explorer will surely be better in every way to the 2019 model.

All that being said, on its own and notwithstanding model-years and generations, the Explorer is still one of the better mid-size SUVs you can buy.

The hybrid Civic will be available in Hatchback and sedan forms and will share its powertrain with the Accord hybrid. Gasoline-only powertrains will...
Read more
Previous article2019 BMW 8 Series Convertible First Look : Goodness It’s Gorgeous
Next articleTweet to Test Drive: A new way to shop from MINI