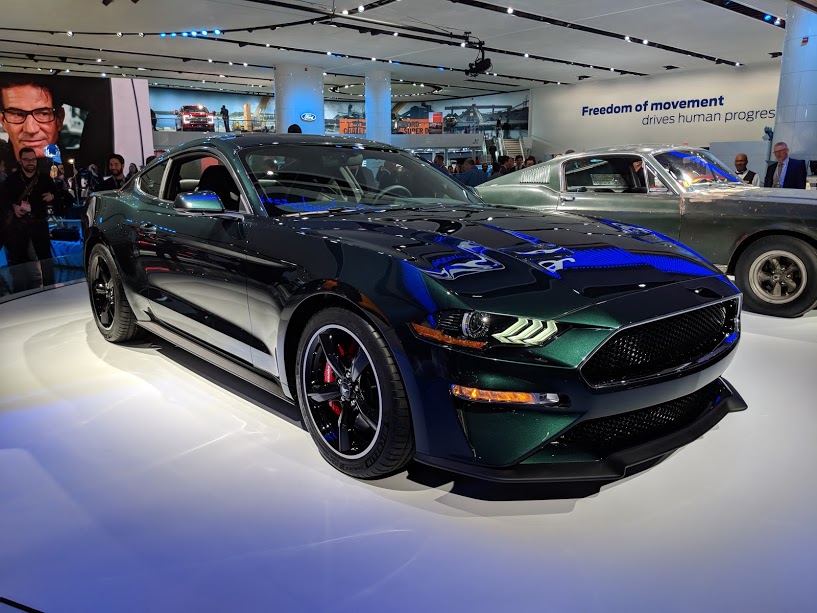 We’re not sure which one was coolest, the 2019 Ford Mustang Bullitt, or the 40-year-old ghost that is the 1968 Mustang GT Fastback from the original movie that showed up next to the modern Bullitt at this year’s North American International Auto Show.

What is certain is that Ford did it big this year. We’re not talking about the Edge ST which is fine, but it certainly would not have been enough.

The 2019 Ford Mustang Bullitt is one of the most talked-about models on the show floor this year, followed closely by the 2019 Ford Ranger which was introduced a few minutes before the Bullitt.

The new Bullitt obviously features its traditional Dark Highland Green shade and a few other distinctive visual elements like black exhaust tips and subtle chrome accents. You can order it in black, but if you do you’re an idiot. Maybe not, but you’re missing the point. Anyway. A cue ball shifter and Recaro seats with green stitching are found inside, as are a 12-inch screen, heated steering wheel, and memory seats.

A 5.0-liter V8 engine making 475 horsepower and 420 pound-feet of torque is found under the hood, and it’s paired with a six-speed manual transmission. An active exhaust system gives the Bullitt a distinctive sound, and you’ll find a Shelby GT350 intake manifold as well as an open air induction system in the 2019 Mustang Bullitt. Oh, Ford’s wonderful MagneRide semi-active suspension will be standard for Canadian buyers.

We don’t know yet how much it will cost, but we do know it will be here this summer.