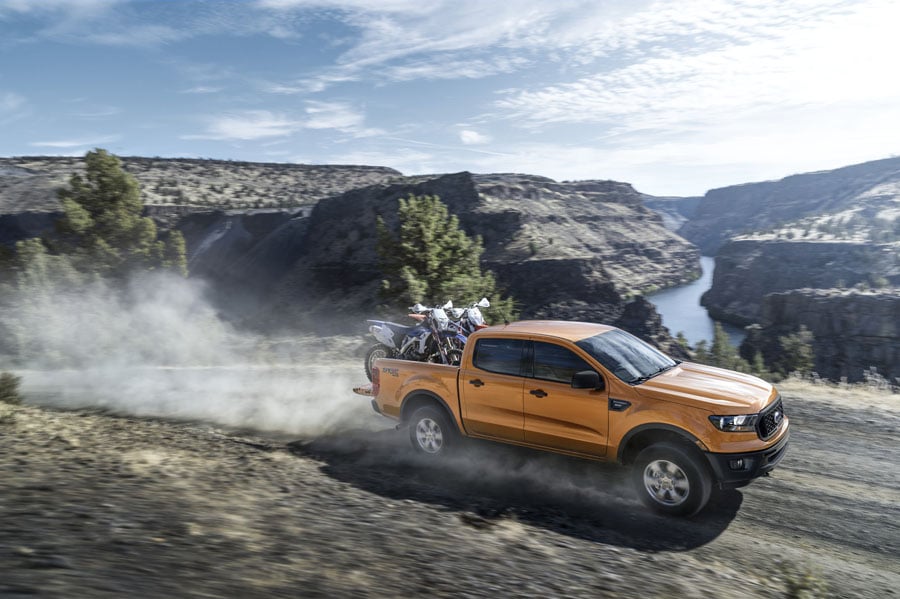 Introduced at last year’s North American International Auto Show last year, the 2019 Ford Ranger will be hitting the market before the end of the year.

The return of the Ranger means a new mid-size pickup for customers to think about alongside the Chevrolet Colorado, GMC Canyon, Toyota Tundra, Nissan Frontier and Honda Ridgeline.

A single turbo engine for the 2019 Ranger

While the Ranger’s rivals get V6 engines for the most part, Ford is hoping a 2.3-liter four-cylinder turbo unit paired with a 10-speed automatic will be enough.

There will be three trim levels in the Ranger lineup and two available off-road packages – FX2 and FX4. Both feature an electronically locking rear differential, various driving and terrain modes (the Four-Mode Terrain Management System is actually taken from the Ford F-150 Raptor) and a speed-control system called Terrain Control.

Ford is also planning a wide range of active safety systems for the 2019 Ranger including Lane Keep Assist, Blind Spot Monitoring, pre-collision warning with pedestrian detection and even adaptive cruise control. There will also be a built-in Wi-Fi system which allows up to 10 devices to connect to the web.

We will get our first glimpse of the Ranger in early December in San Diego. Stay tuned!

Jaguar will become fully electric in the next few years. We will get more information on the brand's future in 2023. The first...
Read more
Previous articleThe Return of the Land Rover Defender Confirmed!
Next article2019 Toyota Corolla at a glance