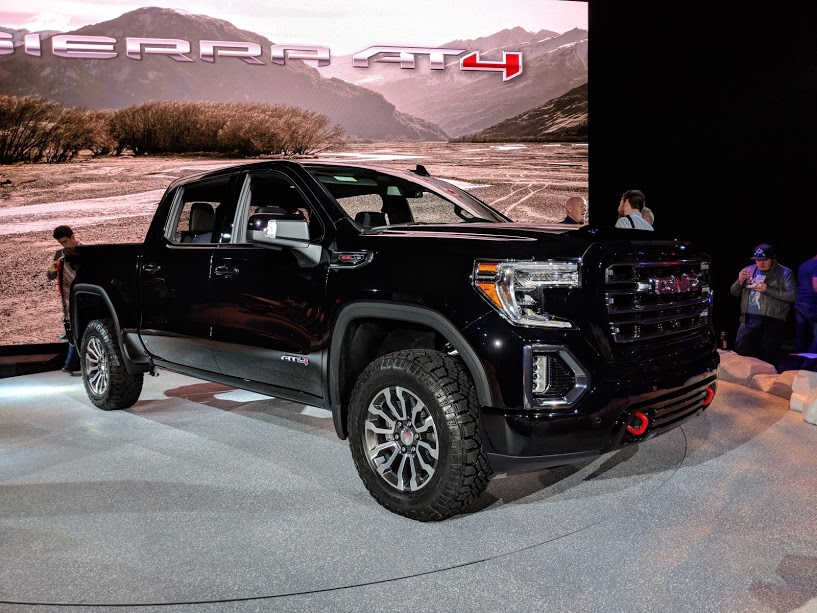 Ford has their Raptor, Ram has their Rebel. GMC now has its AT4. The name may not be as aggressive or noteworthy, but the style and capabilities of the 2019 GMC Sierra AT4 unveiled yesterday in New York aren’t too far off. It’s a much more rugged Sierra with the ability to tackle demanding off-road trails.

That said, the AT4 version will not be exclusively for the Sierra, but will instead become the official designation for off-road models for all GMC products. A bit like Denali is for the most luxurious models within the GMC family.

Okay, the GMC Sierra AT4 may not be as in-your-face as a Raptor, but it certainly stands out more than an F-150 FX4, at least in my opinion. The suspension increases by two inches to increase ground clearance and you also get the rugged, albeit so-so useful tow hooks in front. Rancho shocks and underbody protection are also part of the AT4’s equipment.

A locking rear differential, two-speed transfer case and the Terrain Select system should allow you to venture as far as you want to off the beaten path. As in other models in the 2019 GMC Sierra lineup, three engines will be available in the AT4, starting with the 5.3-liter and 6.2-liter V8s. A diesel engine is also offered.

The GMC Sierra AT4 also features the Sierra’s new generation MultiPro Tailgate system which features six different configuration to improve versatility. Eventually, the AT4 will receive the carbon fiber box found in the 2019 Sierra Denali.

The 2019 GMC Sierra AT4 will hit the market this fall. Prices have yet to be announced.

These are the first R1 vehicles in Canada They were destined for Rivian staff members. The bright side here is that Rivian’s actually on...
Read more
Previous articleNokian zLINE A/S: Nokian makes an all-season tire?
Next articleNYIAS 2018: Jaguar F-PACE gets SVR treatment