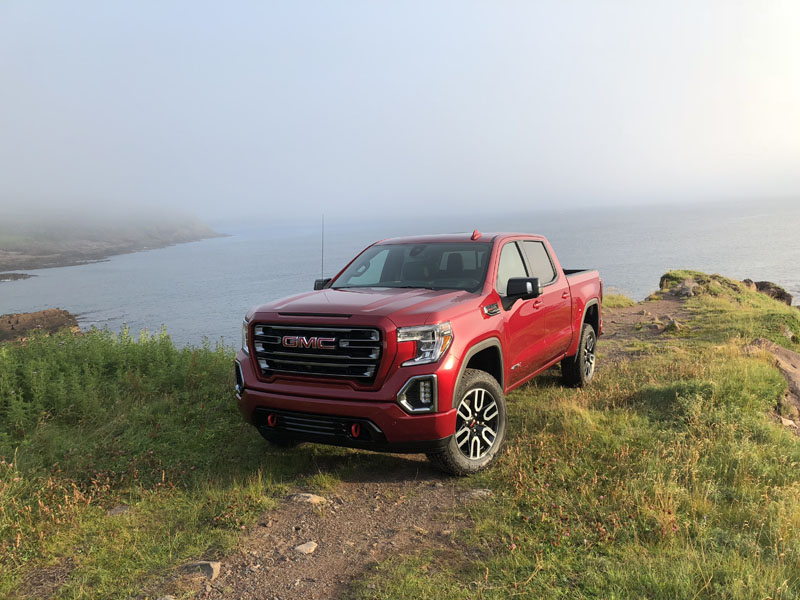 I don’t particularly envy automakers that compete in the full-size pickup segment. From the outside, it would seem that regardless of what Nissan, Toyota, Ram, Chevrolet and GMC do, they’ll never catch up to the sales numbers posted by the Ford F-150. Why even bother then?

Well, in GM’s case, if you were to combine the Chevrolet Silverado and GMC Sierra, you actually end up in second place in overall vehicle sales in Canada. You still won’t catch up to the Ford most years, but one could argue that if you do a really, really good job with your pickup, you won’t be too far off.

In any case, take away the Sierra and Silverado, and General Motors is in trouble. That’s why you expect them to put the very best product they can on the market whenever it’s time to redesign their full-size truck offering while also making sure that they don’t touch the vehicle’s core selling points.

That’s what you get with the 2019 GMC Sierra I recently had to chance to review for the first time in Newfoundland, Canada.

At first glance, it looks like any old Sierra both inside and out. A quick peak at the specs shows two V8 engines – a 5.3-liter and a 6.2-liter – like the 2018 model with a 3.0-liter, turbodiesel V6 planned for later this year. There’s not much talk about a V6, so we won’t mention it either. 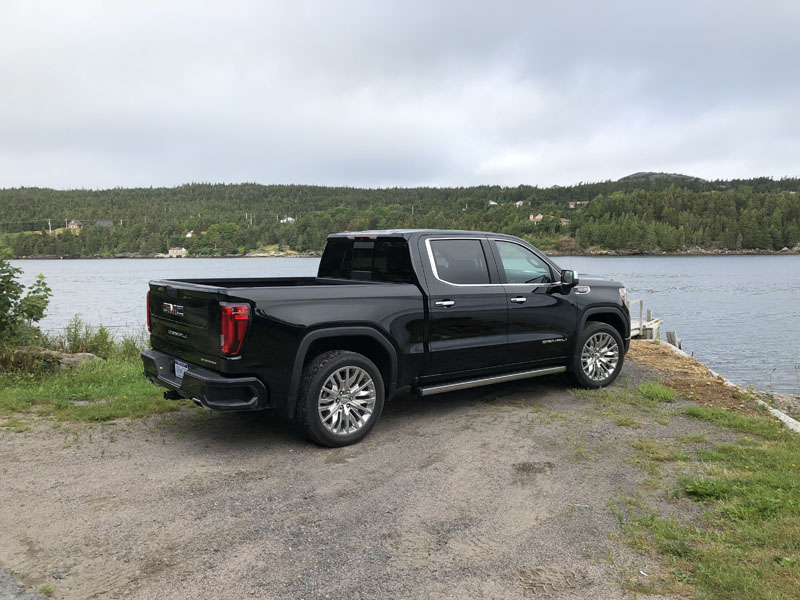 You have to dig a little deeper to find the real changes that, although subtle and not easily recognizable on paper, make a big difference.

For starters, both engines now feature what GMC is calling Dynamic Fuel Management, an industry-first and very advanced cylinder deactivation system. We’ve all heard of cylinder deactivation, but DFM takes the concept to a new level by varying which cylinders get deactivated. Every cylinder can be shut off and the GMC Sierra can run on two cylinders when appropriate. There are 17 deactivation patterns in total which are chosen based on power demands.

I had a chance to see the system in action, and there is absolutely no way to know what is happening under the hood even as the cylinders are rotating through various deactivation patterns. Everything is fluid and yet the engine is always ready to pounce should you need all its power.

We’ll have to test the system further to see just how efficient it makes the new 2019 Sierra, but there’s no doubt there will be an improvement. Current estimates are set at 17 mpg combined for the 6.2-liter V8.

A few other goodies starting with the Multi-Pro tailgate

The 2019 GMC Sierra has added a few other features this year in its quest to differentiate itself from the competition. The Multi-Pro tailgate with six different configurations is one of them.

Not found on any other truck including the Silverado, the Multi-Pro tailgate is designed to make loading, unloading and hauling things in your Sierra’s box easier. It’s a lot easier to show the tailgate in video than trying to explain the various settings, so here you go:

As you can see, GMC tried to imagine every possible way an owner would need to access or use their Sierra’s tailgate and make it easier to do so every time.

The Sierra’s box will also eventually be available in carbon fiber, making it that much more resistant to scratches and damage. The CarbonBox will only be available on Denali models later this year.

As for the size of the box itself, well it features best-in-class volume with 1,781 liters (62.9 cu.ft.). The short box measures 5 ft., 8 in. in length which is less than the F-150 and Ram standard boxes, but it can hold more stuff nevertheless. There’s also a corner step and a 120V outlet.

In the tech department, the 2019 GMC Sierra features a new advanced camera system to make connecting a trailer that much easier, a trailer tire-pressure monitoring system and an in-vehicle trailering app that includes things like a pre-departure checklist and trailer theft detection. 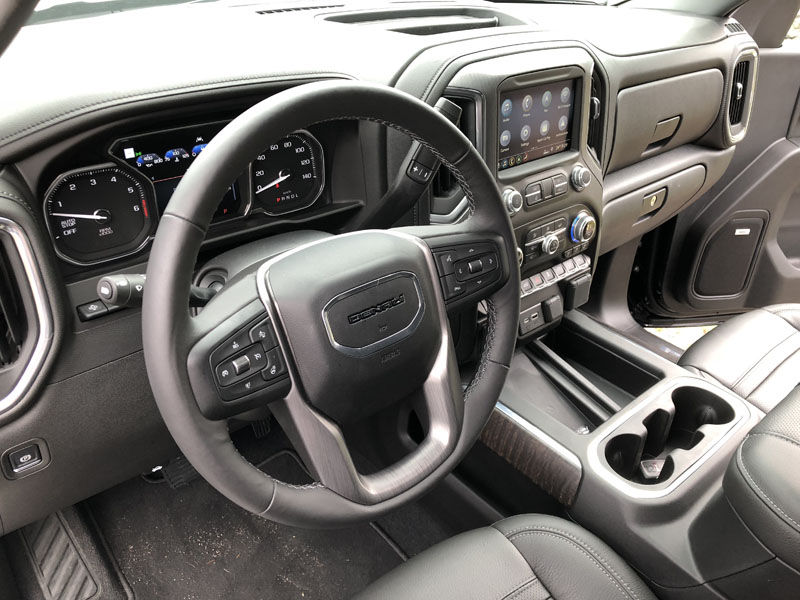 In terms of safety, the 2019 Sierra gets a whole host of driver assistance technologies including new pedestrian detection with automatic braking, lane change alert and rear cross-traffic alert.

There’s also a new multi-color head-up display, a first for the segment as well as a rear camera mirror that provides an unobstructed view of what is happening behind you. The rear-view mirror is actually a camera display which means that rear headrests or the cargo box don’t get in the way of rear visibility.

The Sierra is supposed to be the high-end GM truck. More refined and luxurious than a Silverado, you expect a higher level of comfort than in the Chevrolet, but you also kind of expect it to offer a more luxurious experience than you find in an F-150 or a Ram 1500 as well.

In that regard, the 2019 Sierra delivers although the new Ram 1500 is very impressive in the comfort department. The GMC features a new adaptive ride control system that tunes the damping based on what the driver is doing and can also adjust the dampers based on what you are towing.

The idea here is to provide the best ride in every situation and ultimately the GMC Sierra is stable and poised both when driving on the highway and along a winding road. There’s even a Sport mode, although its usefulness is debatable. What isn’t up for discussion is that the new Sierra is a joy to drive. It’s quiet, it’s handling is as good as you can expect for a pickup, and its 6.2-liter V8 engine provides all the power you need.

The only real issue I had was with the Sierra’s interior and more specifically the center console. This is supposed to be GM’s high-end truck, and the Denali version we were driving was the Sierra’s top-of-the-line trim. Well, GMC did very little to upgrade the Sierra’s already dated interior design. The issue is not so much the cabin’s ergonomics which are fine, but step inside a Ram 1500 with its new center touchscreen and you won’t want to go back to the Sierra. 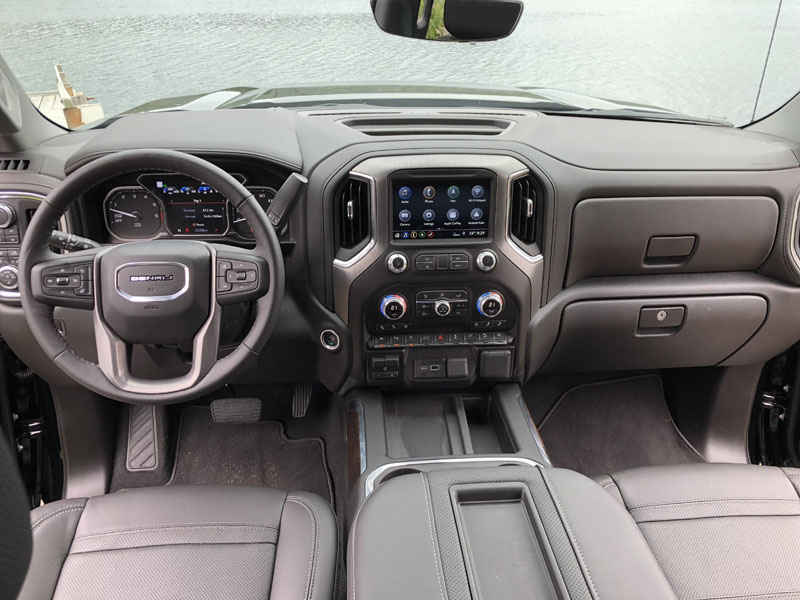 The high-end versions of the Ford F-150 also provide a more upscale experience to their owners. Point blank, the 2019 GMC Sierra needs an interior upgrade and it needs it soon, especially the Denali.

The 2019 GMC Sierra features some pretty cool gadgets you won’t find elsewhere like the Multi-Pro tailgate and I personally believe it’s the best-looking full-size truck on the market. It has class both outside and in the way it drives and behaves on the road. The 6.2-liter V8 is one of the best engines money can buy, and it has never been more efficient. Had GMC spent a bit or time improving the interior, it would have hit a homerun with the 2019 Sierra. 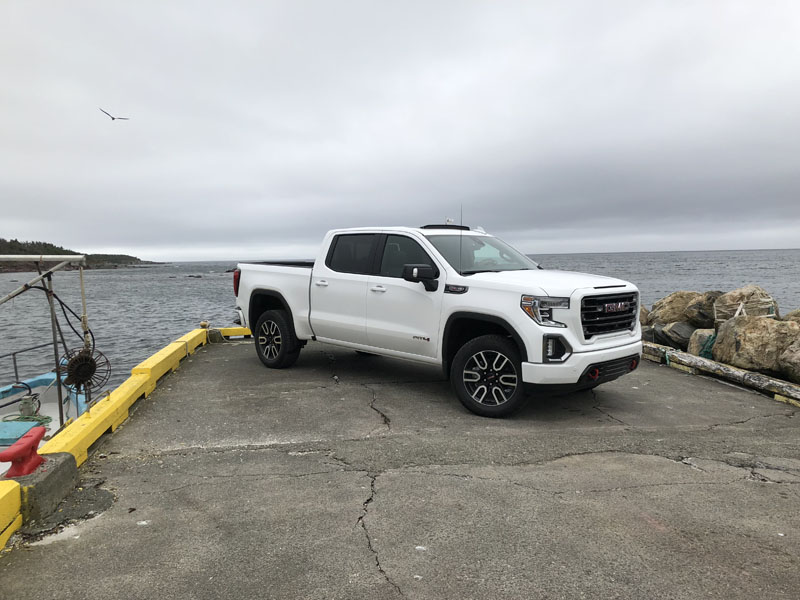 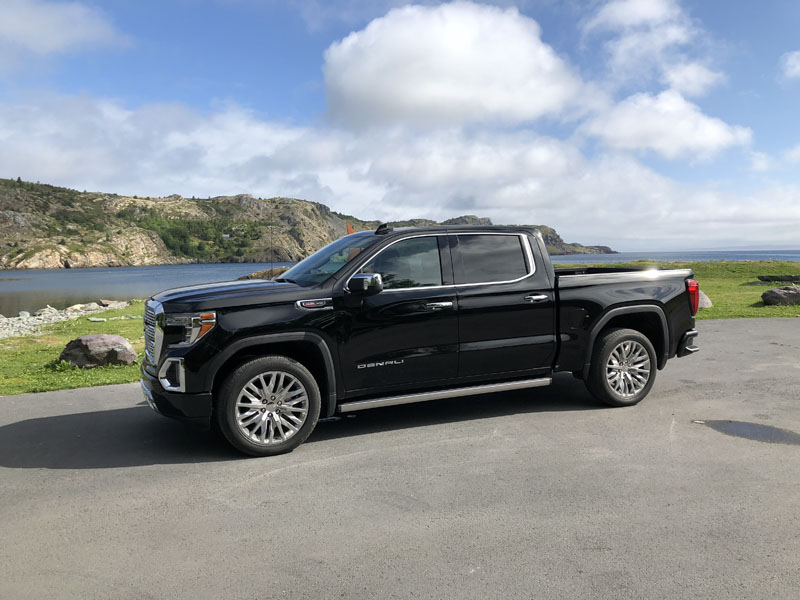 For now, little is known about this new product. The turbodiesel drivetrain of the Mojave SUV makes it difficult for a North American...
Read more
Previous articleNo manual transmission for the 2020 Ford Mustang Shelby GT500?
Next article2019 Audi Q8 Preview