Glance 2019 GMC Terrain at a glance 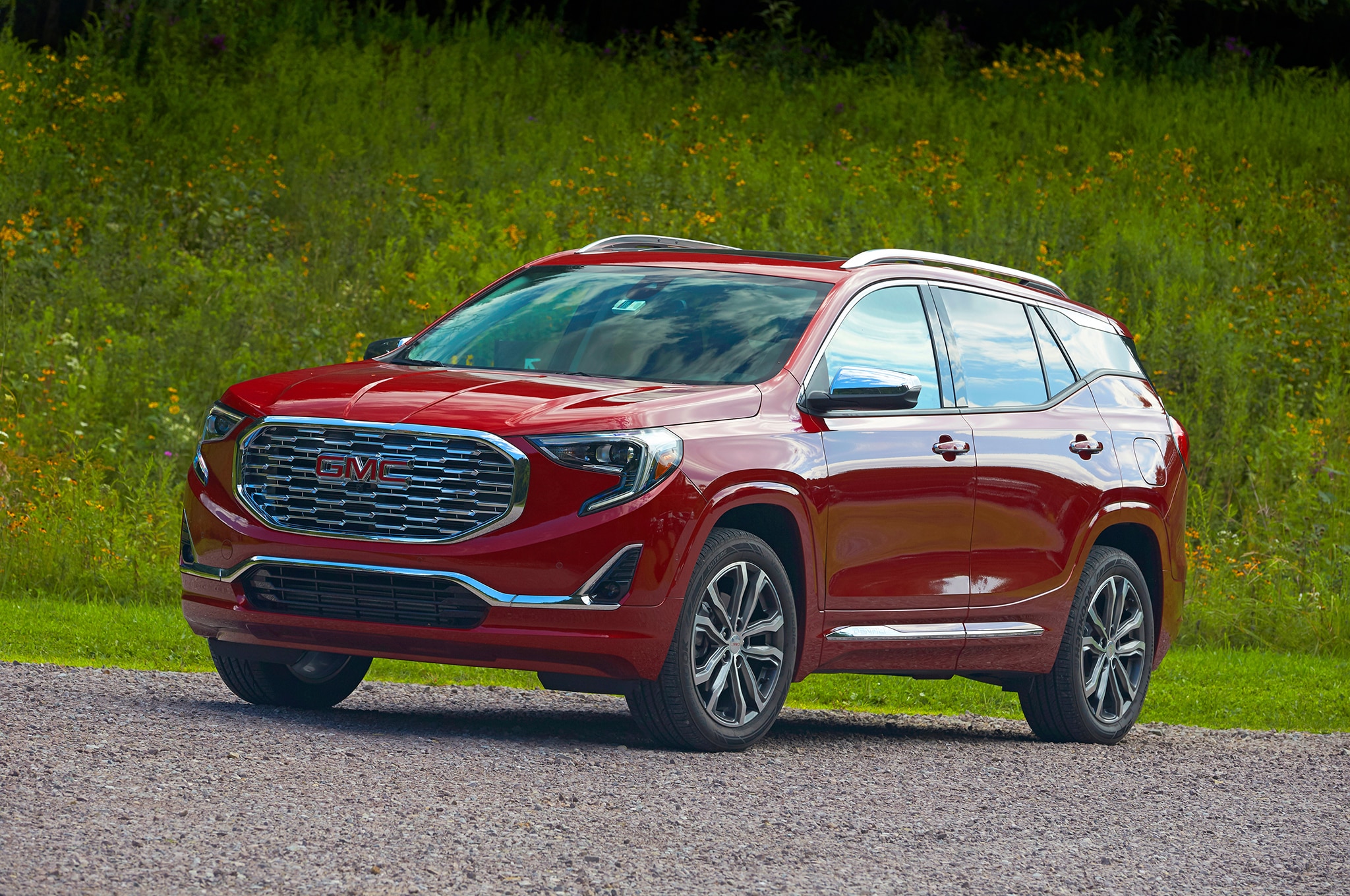 Completely redesigned last year, the 2019 GMC Terrain has some pretty tough competition to try and tackle. GMC’s entry-level SUV can rely on its comfort as well as its impressive fuel economy, but in our opinion, it still has a way to go before it can challenge the best of the best in its class.

GMC has so far sold 9,076 GMC Terrain models this year. Even if it tripled its sales numbers, it wouldn’t crack the top 3 in the crowded compact SUV segment. That doesn’t mean the Terrain is a bad vehicle, but we wouldn’t buy it instead of a Honda CR-V, Nissan Rogue, Mazda CX-5, Toyota RAV4, Subaru Forester or Hyundai Tucson.

What the 2019 GMC Terrain does well 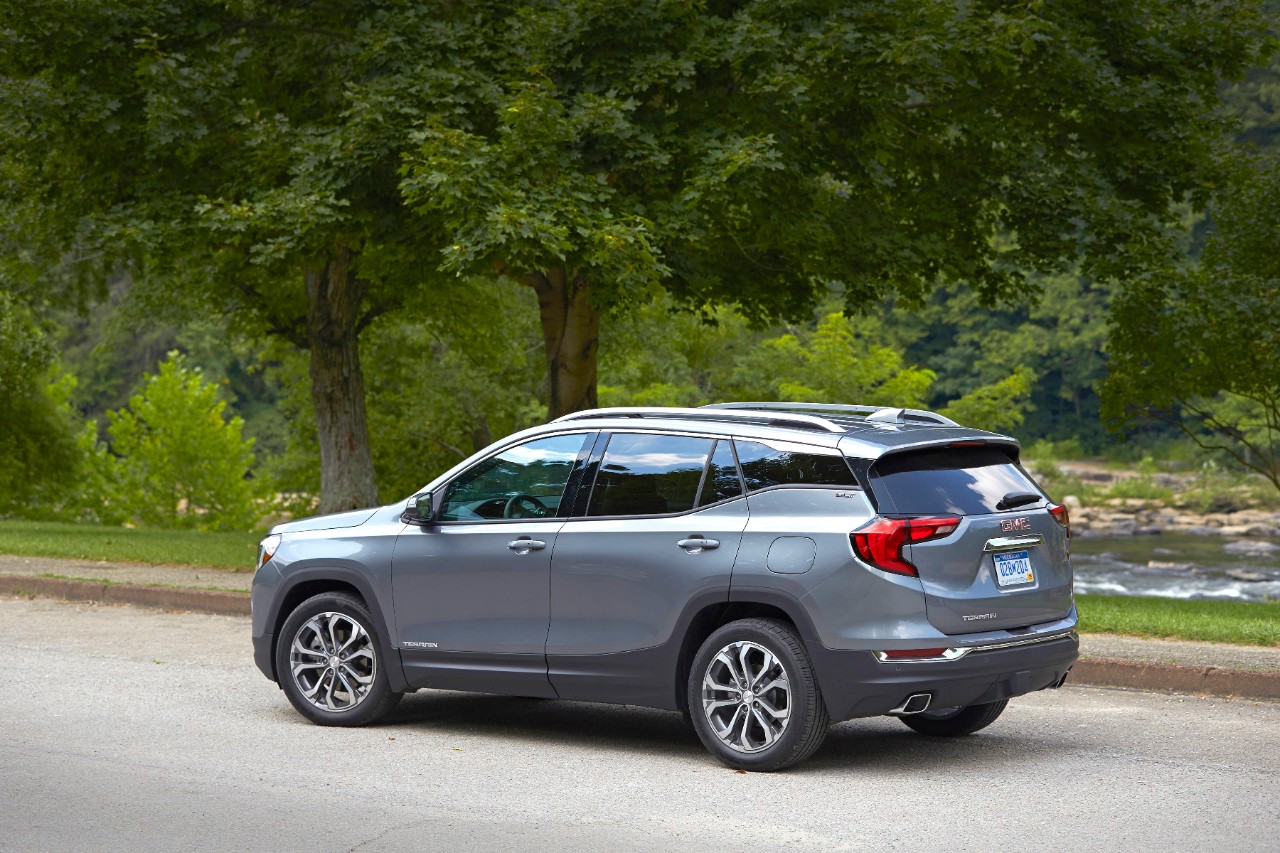 The Terrain has two other turbo engines on tap, and both are refined and efficient. The top-of-the-line 2.0-liter is one of the most powerful in the segment, but its fuel consumption doesn’t reflect it.

The comfort level in the 2019 GMC Terrain is very impressive. GMC’s compact SUV is remarkably quiet and a soft suspension isolates bumps in the road from the driver and passengers.

The Denali version is probably the most luxurious compact SUV you can buy today.

What the 2019 GMC Terrain doesn’t do so well

I’m 6’1’’, and the driver’s seat didn’t go back far enough for my driving position. I would instinctively try and back it up every time I got in the Terrain.

The 1.6-liter diesel may be fuel-efficient, but its 137 horsepower are not nearly enough. You’ll want to go with the 170-horsepower 1.5-liter turbocharged at a minimum, but that one is also slightly underpowered compared to the competition. 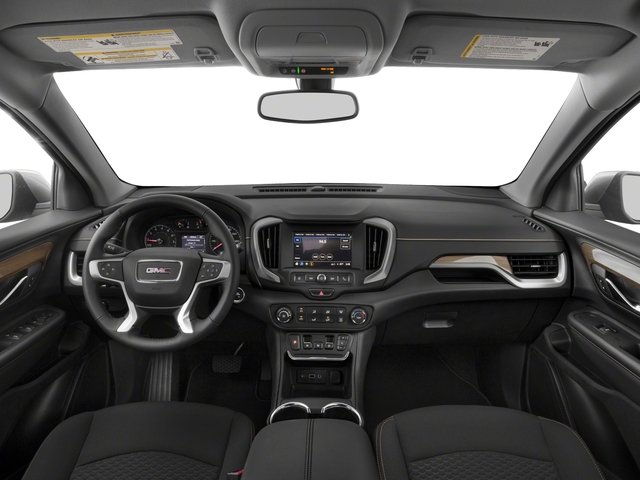 The Denali version has a ton of equipment and features, but it’s way too expensive with a starting price well above $40,000.

Speaking of price, the GMC Terrain as a whole is quite a bit more expensive that its competition. AWD version start at around $35,000 which is a good $5,000 more than its Japanese, Korean and other American competitors. It just doesn’t justify it despite the upscale image.

There’s really no point in buying a GMC Terrain. If you want the comfort or the diesel engine or any other features of the Terrain, get an Equinox and save almost $7,000.

“Sound Cameras” have been installed throughout the city to detect cars that are too loud. Loud noises trigger a camera that takes pictures...
Read more
Previous articleNissan to cut compact cars in Europe
Next articleShould I buy a 2019 Hyundai Santa Fe?