Can any compact car dethrone the long-standing champion of compact car sales in Canada and the US? So far in 2018, there seems to be no stopping the Civic as it holds a commanding 30+% lead on its closest rival, the Toyota Corolla.

While the Civic is unbeatable, it’s not for a lack of trying by other automakers. The latest Corolla, upcoming Mazda3 and facelifted Hyundai Elantra are all excellent cars but no matter how good they might be, they’re unlikely to overthrow the compact car Queen.

One such small car that deserves much attention is the new 2019 Kia Forte. In no uncertain terms, we really enjoyed the car on every level the first time we reviewed it. As you ponder your next compact car purchase, should you consider the Forte before buying a Civic like everyone else? 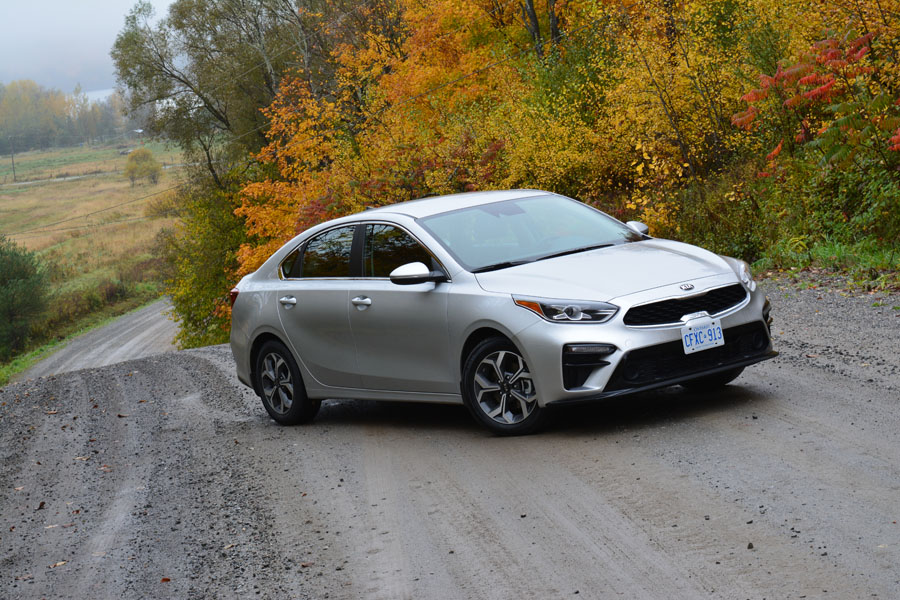 There was a time when Hondas were tops among Japanese car companies in the driving experience. Sadly, this is no longer the case. Nearly all other JDM brands and others car companies have caught up to it and even surpassed Honda at their own game.

Truth be told, the 2019 Kia Forte feels better in almost every way. The key element is refinement and the Kia has it in droves. The Honda is nice but does not seem as hunkered down, solid and tight. The Forte handles as well as the Civic but is more composed and quieter over broken surfaces and this, despite the Honda’s more sophisticated rear multi-link suspension.

Both cars start off with a normally aspirated 2.0-litre 4-cylinder. While the Civic’s got 158-horsepower on tap compared to the Forte’s 147, neither is quicker than the other. The similarities continue with the available CVT transmissions. Honda’s is more conventional in the way it drones about whereas the Kia’s is tuned with a more dynamic approach. On the daily, the Forte’s IVT (Kia-speak for CVT) is far more tolerable.

Quite honestly, the Kia Forte surprises at this level. If you still enjoy driving, this is as far as you might need to read in order to make a decision 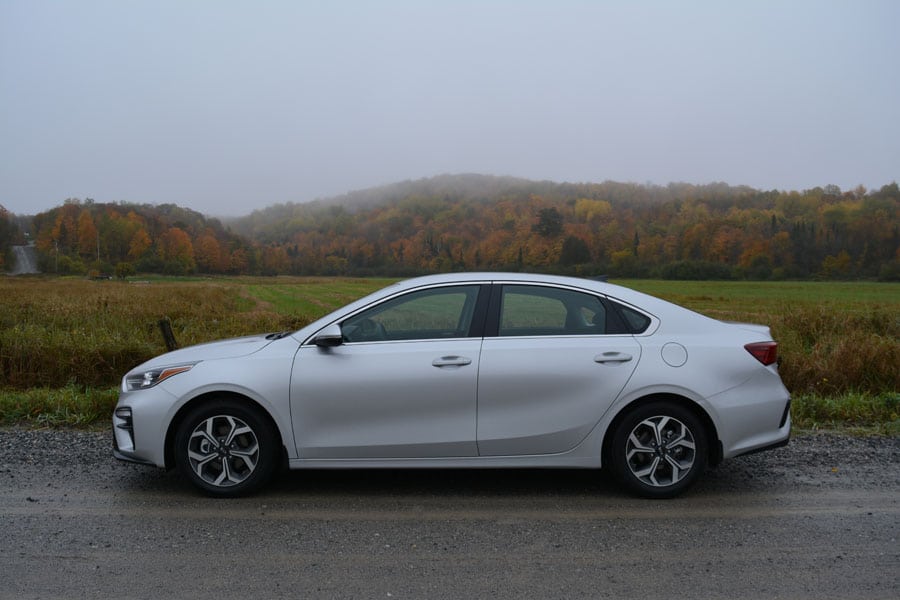 The deciding factor here will be your right foot as both cars can be exceptionally frugal. 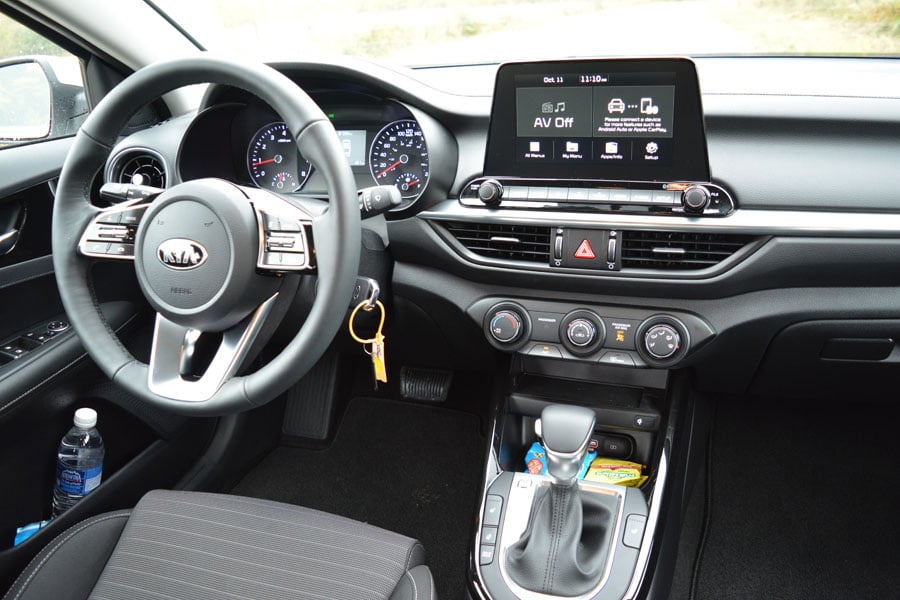 Compact cars are no longer the tiny, tinny econoboxes we grew up with. Park a Civic by a 10-year Accord and you’ll immediately understand what I’m saying.

For the purposes of this comparison, we’re pitting sedans. The Civic’s other available body styles are an advantage however this will be short-lived as a new Forte5 can’t be too far off.

The Civic sedan’s bubblier outer shape give it a minute advantage interior volume-wise but as far as useable space is concerned, they are once more on par with each other. The same goes for cargo capacity. 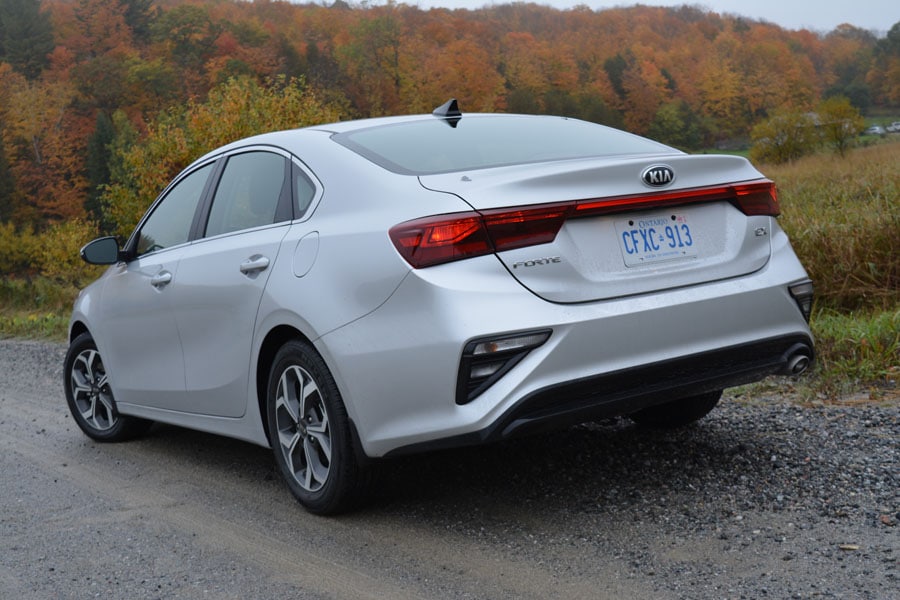 As though to confuse consumers more, both cars share a number of trim nomenclatures. Either way however, the Kia Forte undercuts price-wise, matches or surpasses feature-wise.

The volume leading Forte EX retails for $20,995 with IVT transmission, 16-inch alloy wheels, wireless phone charging, on top of an 8-inch screen, heated steering wheel and loads more. The $21,990 Civic LX with CVT is not only more expensive but it is down a few safety features as well.

The Korean brands have long owned value and it remains true in 2019. 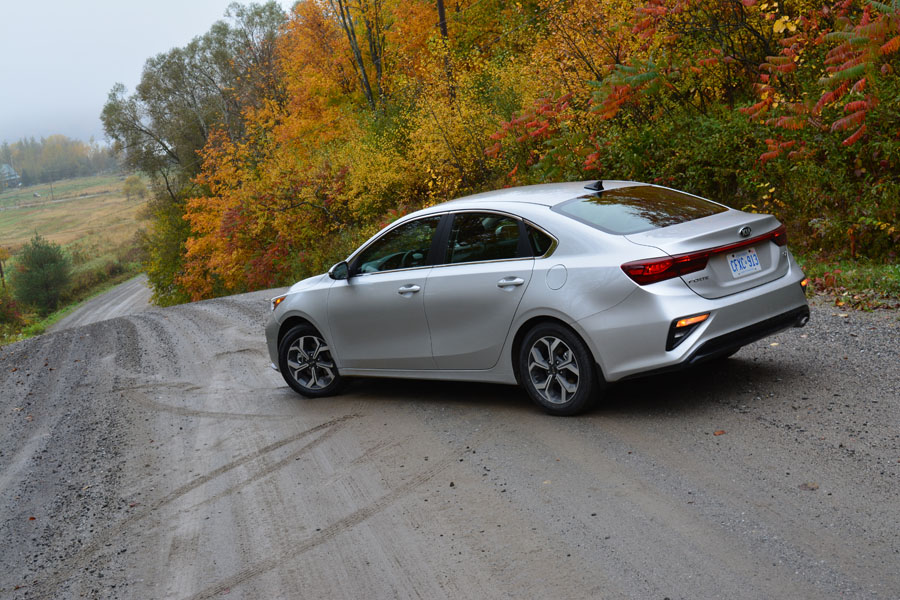 This is where things get tricky. Only three years ago, we would have said without hesitation that the Civic is the way to go. Honda’s reputation for reliability and quality is long-standing however, much like the driving situation, the gap has narrowed quite a bit.

Here, purely based on reliability, we’d still go for the Civic as Kia, and Hyundai, products tend to come apart much faster than their Japanese equivalents. This explains in part why Korean cars still suffer weaker resale values.

Having said that, the value proposition, design, technology and drive packed into the new Kia Forte are impossible to simply overlook. The answer to this quick comparison test is as follows:

If you’re looking for a short to early medium-term relationship, say up to five years with your car, the Kia Forte is the one to get. If you’re more the marrying and committed kind, go for the Honda Civic.

Lexus has previously teased images of a future electric supercar This model could be a spiritual successor to the LFA, which was discontinued...
Read more
Previous article2019 Subaru Ascent Premier Review: Out Of Nowhere And Straight To The Top
Next articleFive questions about the 2019 Mazda3 redesign answered