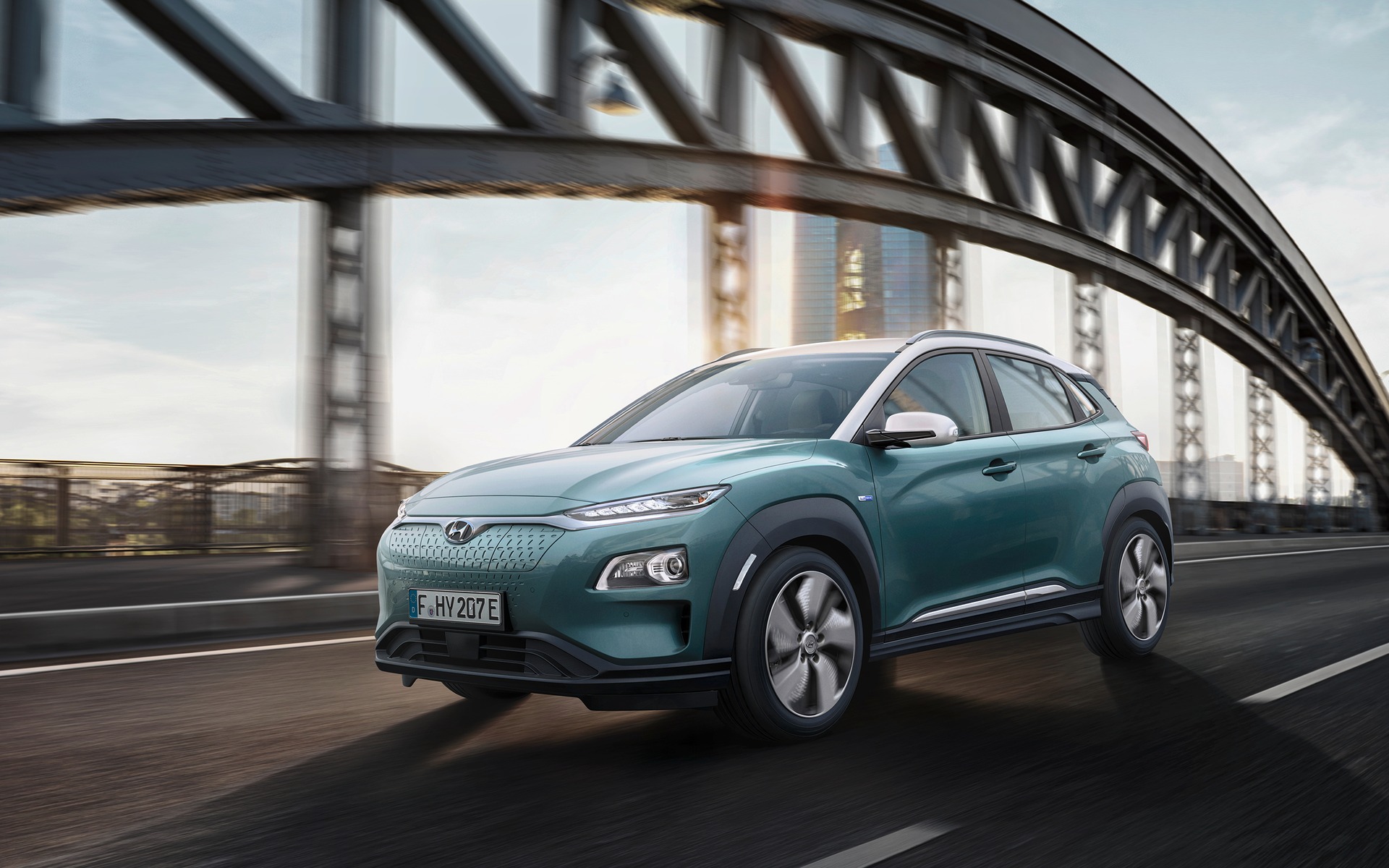 We don’t quite yet know when it will arrive in North American or how much it will cost, but we do know that Hyundai is cooking with gas (ok, wrong analogy here) when it comes to the Hyundai Kona EV unveiled today in Geneva.

There are two engines offered on Hyundai’s new green subcompact SUV with the entry-level unit offer 133 horsepower. It gets its power from a 39.2 kWh battery that provides roughly 300 kilometers of range. Not bad, not bad at all.

That said, it’s the second engine that really has people talking. Featuring 201 horsepower and 291 pound-feet of torque, this powertrain will get you to 100 km/h in just 7.6 seconds while also allowing you to travel almost 500 kilometers thanks to a 64 kWh battery.

If these specs prove to be true, and the Hyundai Kona EV’s price remains in a decent Hyundai-esque ballpark, then the Chevrolet Bolt can kiss its title of most affordable long-range EV goodbye. The Kona would provide Tesla-worthy range at a price that probably won’t go over $ 50,000, although this is all speculation up until this point.

What is not speculation is that we can certainly get behind a relatively affordable, 500-kilometer range SUV.