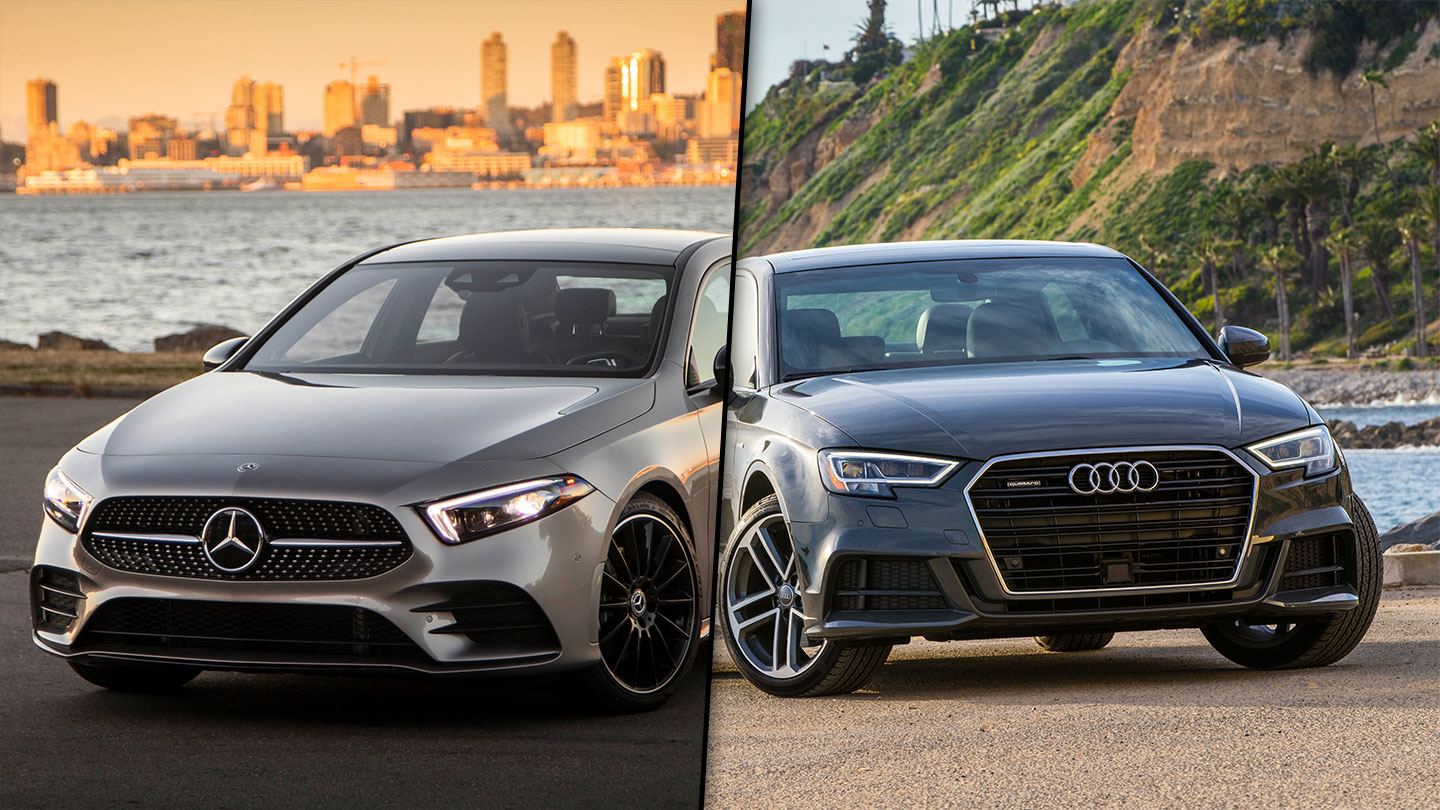 Luxury auto makers have an incredible advantage over the others. Their brand power gives them immense flexibility where they can move down-market with far less trouble (if any) than a mainstream automaker attempting to move upstream.

This is not a new concept as companies like Mercedes-Benz, Audi and BMW have fully embraced their power in North America. Europe long ago adopted this ideal and proved it to be fairly lucrative for business. The fear on our side of the Pond was image dilution but that’s no longer on the radar. If Mercedes Benz had named the smart fortwo the Benz Z Class, they probably would have sold five times more…

In 2019, Mercedes will exploit their all-new entry-level A Class to the maximum. We’ve driven both the sedan and hatchback and it is nothing less than a complete game-changer. The Audi A3, and its various versions, is a well-established nameplate, unlike the “A”, but the latter is a seriously hard hitting, technology packed automobile that may very well reverse the up-sell steam that is currently the norm. Can the A3 compete with the A Class?

This entire segment serves many purposes. The most obvious is for the lower price-point to draw consumers into showrooms and upsell them into a more expensive lease, um, new car. One of the lesser understood attractions of these cars is truly the drive.

For all three aforementioned German luxury brands, their best-driving cars come from their smallest most affordable nameplates. One of the elite is the BMW 2 Series but it did not make the cut here as it is only available as a 2-door coupe.

The A3 is the most personally-connected-feeling driving Audi other than the R8. All but the RS 3 get their power from a lovely turbocharged 2.0-litre 4-cylinder engine. Regardless of the output, throttle and s tronic 6- or 7-speed automatic transmission response lags somewhat but once underway, the A3 is spritely. The ride is equal parts comfort and sportiness. Dynamically, the A3 is alive and pleasing when driven hard.

The A Class (A 220 or A 250) is also powered by a turbocharged 2.0-litre 4-cylinder engine with mildly varying outputs. The difference with the A Class over the A3 is that it drives and feels bigger than its outer dimensions suggest. This is a sought after sensation that most will enjoy and while it should trouble a driving enthusiasts such as myself, engineers have done an improbable job blending what Mercedes drivers expect and want.

If a premium impression is what you crave, the Mercedes will deliver. For spirited driving, it can match the Audi A3.

Which is more prestigious?

The answer to this question will rely mostly on your personal affinities. Projecting the right image is what ultimately drives us to spend more money on a given product. Once more, however, few high-end mainstream brands project a more enviable aura as Mercedes does. For many, there’s a direct correlation with value here as well.

The Audi A3 is undeniably an Audi in all respects. It matches the A4 in presence and prestige. The new A Class is more. In fact, it casts a shadow on the current CLA and C Class, redefining the entry-level. Mercedes has poured all of itself into their most affordable car, it shows, and consumers will take notice.

Which is more technologically advanced?

These gateway cars are squarely aimed at young up-and-comers. The majority of these trendy smartphone-carrying-connected-buzzards expect nothing less than a fully integrated experience in their car.

Mercedes has heard the call and for roughly $35,000, offers benchmark connectivity, some of the best graphics I’ve ever see and intelligent learning all of which can be displayed on standard twin-7-inch screens or on optional twin-10.25-inch screens. Benz’s MBUX or Mercedes-Benz User Experience has become the world’s most powerful of its kind currently available, it’s not perfect but it’s rather impressive.

By contrast, and quite a contrast it is, the A3’s MMI touch/wheel and 7-inch screen seem less enticing. Functionality is good, on par with Mercedes but points must be awarded for presentation. Audi’s 12.3-inch Virtual Cockpit saves the day as its display is crisp with plenty of menus and options. Unfortunately, it’s not enough to match even the basic A Class’ kit.

This is interesting. We suspect that the new 2019 Mercedes-Benz A Class will be a barn-burner, an absolute hit. Existing CLA and C Class leasees will flock towards a loaded A 220 4MATIC sedan or A 250 4MATIC hatchback for a few dollars less than the car they’re replacing and feel like they’ve gone up in the world (until the next CLA comes, anyhow…) At the same time, the insane amount of positive press the A Class is getting will lure many new customers into dealerships.

It will be a very popular, read commonplace, car – a downside? The Audi A3 was refreshed for the 2017 model so an all-new car is unlikely before 2020. The A3 is far less familiar and will remain as such for a while yet. Driving about unnoticed can be a nice feature, if you ask us.

As we await pricing for the A Class sedan, we must admit that Mercedes has aggressively priced the hatchback at $35,990 and $37,990 for the AWD version. We assume the sedan will be slightly more affordable. When compared to a near $40,000 A3 quattro Komfort base model, the Mercedes has actual financial value on its side too…

While we remain huge fans of the Audi A3, we cannot overlook Mercedes-Benz’s new segment-busting 2019 A Class.

Refresh should include new styling and new MBUX No revolutionary changes expected for mid-cycle update Mercedes-Benz just teased its next model, but this one's...
Read more
Previous articleShould you buy a 2019 Chevrolet Silverado?
Next articleVolkswagen: the next generation of combustion engines will be the last