After spending a month with the 2019 Mitsubishi Outlander PHEV, two things become clear. The first is that putting a plug-in hybrid engine in the Outlander PHEV was a stroke of genius. The second is that Mitsubishi needs to start thinking about a second generation because the current Outlander PHEV may struggle standing up to incoming competition.

A Look at the 2019 Outlander PHEV’s Competition is Warranted

That competition is coming in the form of the 2020 Ford Escape PHEV scheduled for later this year. We’re actually heading down to Kentucky this week to drive the new Escape plug-in hybrid and look forward to comparing it with the Outlander PHEV more concretely over the next few weeks. In the meantime, however, the on-paper comparo between both plug-in hybrid SUVs puts the Ford right in the Mitsubishi’s path.

The 2020 Escape PHEV will have 209 horsepower compared to 200 for the Outlander PHEV. The 14.4 kWh lithium-ion battery is said to offer over 30 miles of range which means roughly 48 kilometres. The Outlander PHEV offers about 35 kilometres. Both need 3.5 hours to charge on a Level 2 charger.

These specs should scare Mitsubishi. They pioneered a new segment with the Outlander PHEV and they built a game-changing product that quickly became one of their most popular vehicles. The only problem with being the first to do something great is that other’s will soon follow and try to copy your success. If Ford brings in a new Escape PHEV at the same price point as the Outlander PHEV with more range and a more modern package, the Outlander plug-in hybrid will struggle.

Some Compromise is Needed

This isn’t a comparison so I’ll stop talking about the new Escape, but it’s nonetheless relevant for anyone thinking about a new 2019 Mitsubishi Outlander PHEV. At the end of the day, you will have to compromise to enjoy the benefits of a plug-in hybrid SUV with a reasonable starting price.

These are all things that get better when you create a new generation of a given vehicle. For now, there is no indication of plans at Mitsubishi to redesign the Outlander PHEV. We’ve seen a lot of interesting EV concepts in the last few months and years, but nothing concrete. Unfortunately, we don’t even get the upgraded 13.8-kWh battery in Canada for 2020 like European buyers enjoy in the Outlander PHEV. This battery brings range up to 45 kilometres. 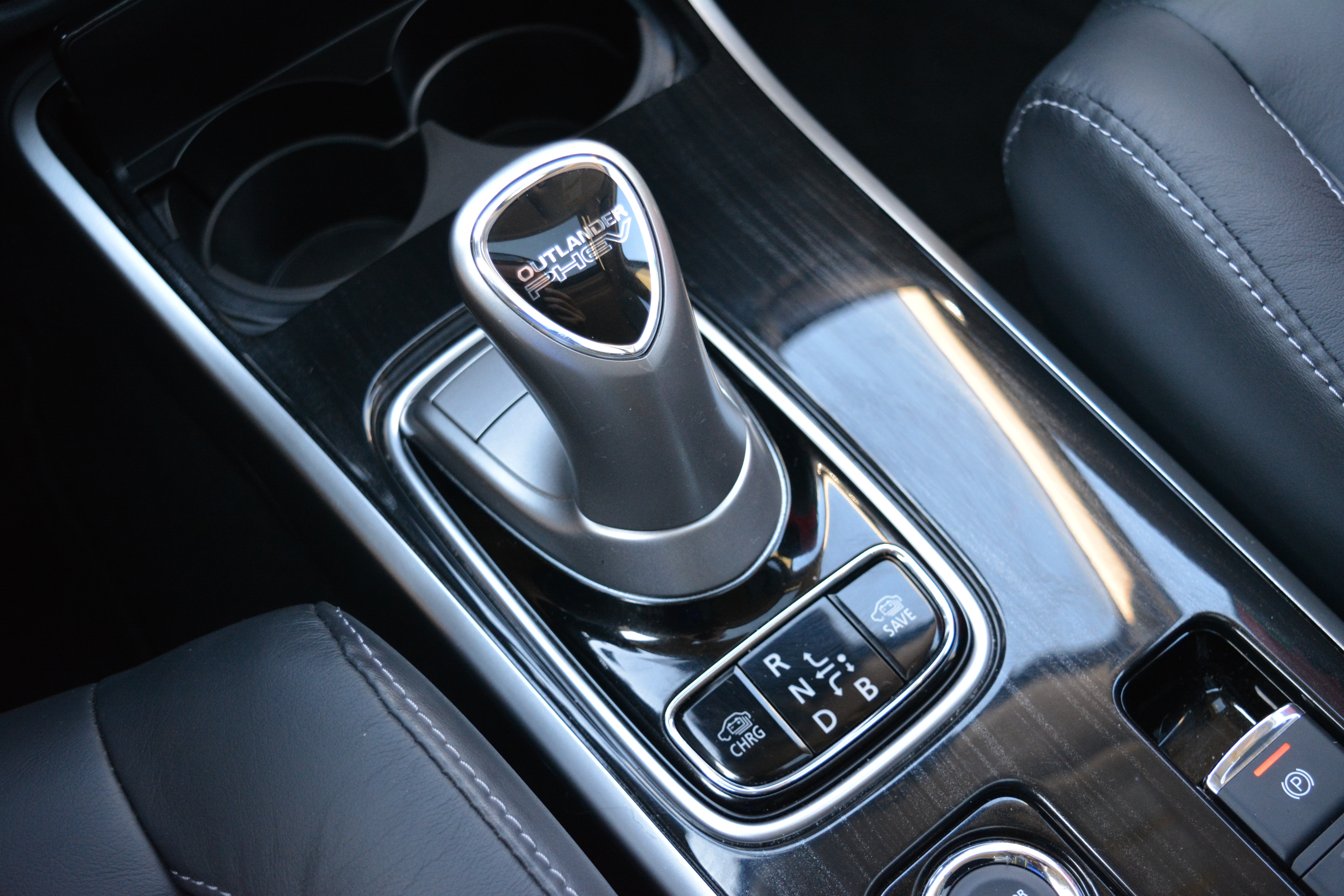 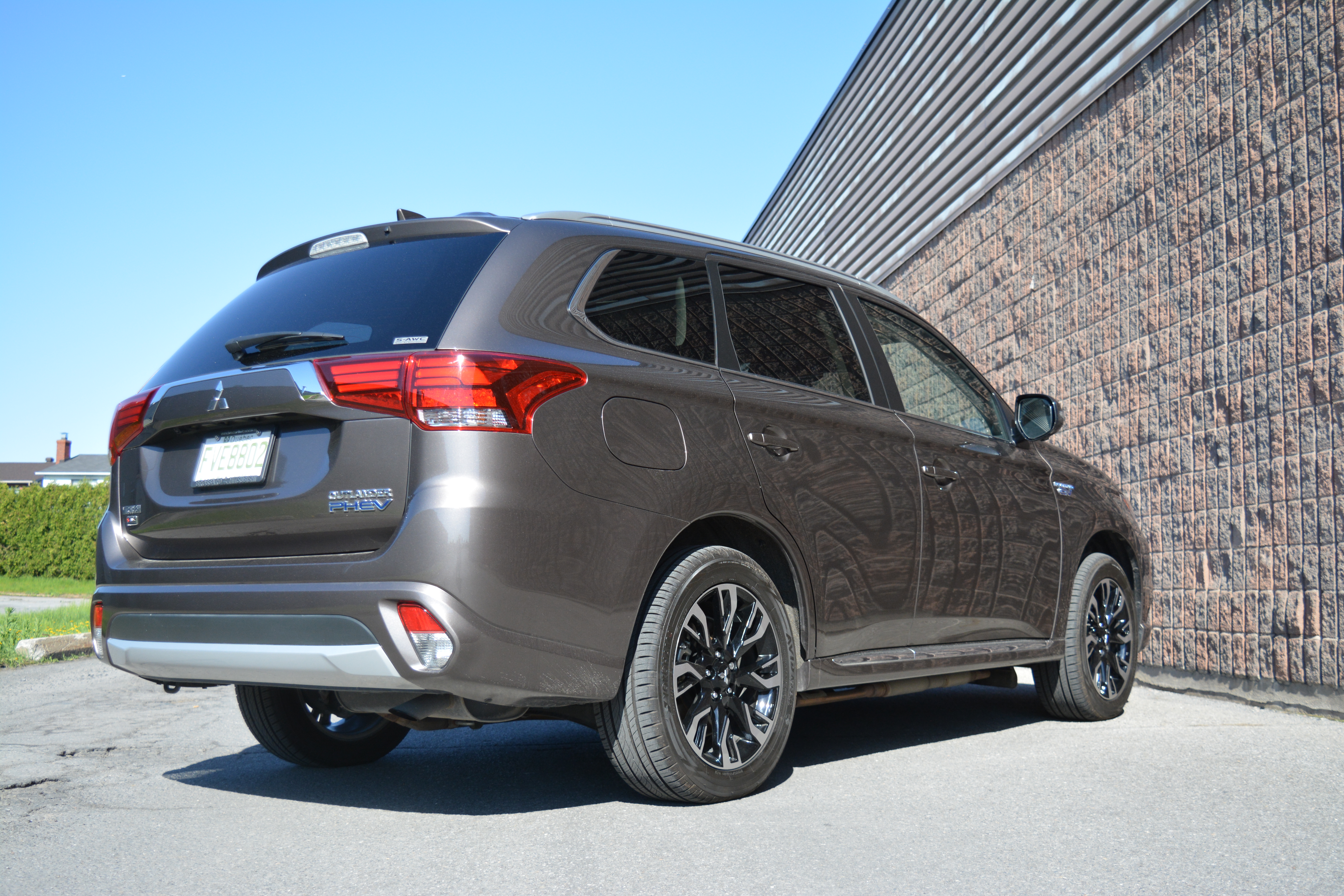 We’re thinking the 2020 Ford Escape PHEV will accelerate the arrival of this new battery and hopefully, a new Outlander PHEV. Because at its core, the current model is a great starting point for a new generation. Mitsubishi doesn’t need to revamp the current model, just improve the interior, insert more modern technologies, adjust the driving position and tighten up the entire package.

The other characteristics of the 2019 Outlander PHEV are spot on. You won’t find another compact SUV in this price range that can offer useful all-electric range that makes it possible to get to and from work every day of the week without needing a single drop of fuel like I was able to do for a month. I live 9.4 kilometres from work which means I was able to get to and from on EV power only using the Outlander PHEV’s EV Drive Mode. The actual real-word range of the Outlander PHEV is about 30 kilometres in summer driving in the city and roughly 22 kilometres in winter. In my case, that’s still enough for all-electric driving during the week. Figure you will average about 25 kilometres depending on how, when and where you drive your 2019 Outlander PHEV.

Not bad at all considering the Outlander PHEV’s cargo capacity. We have a 5-month old daughter who doesn’t travel light, let’s just put it that way. The Mitsubishi Outlander PHEV’s 860 litres don’t match up to some of the larger compact SUVs in the segment, but they are more than enough for the stroller, bouncy chair, second bouncy chair, milk coolers, play mat, second play mat, third play mat (we need options, people) clothing bag, diaper bag, and everything else that comes with our little bundle of joy. The Outlander PHEV took it all in in style and considering the fuel economy it offers, is still the space-to-efficiency ratio king of the compact SUV world. 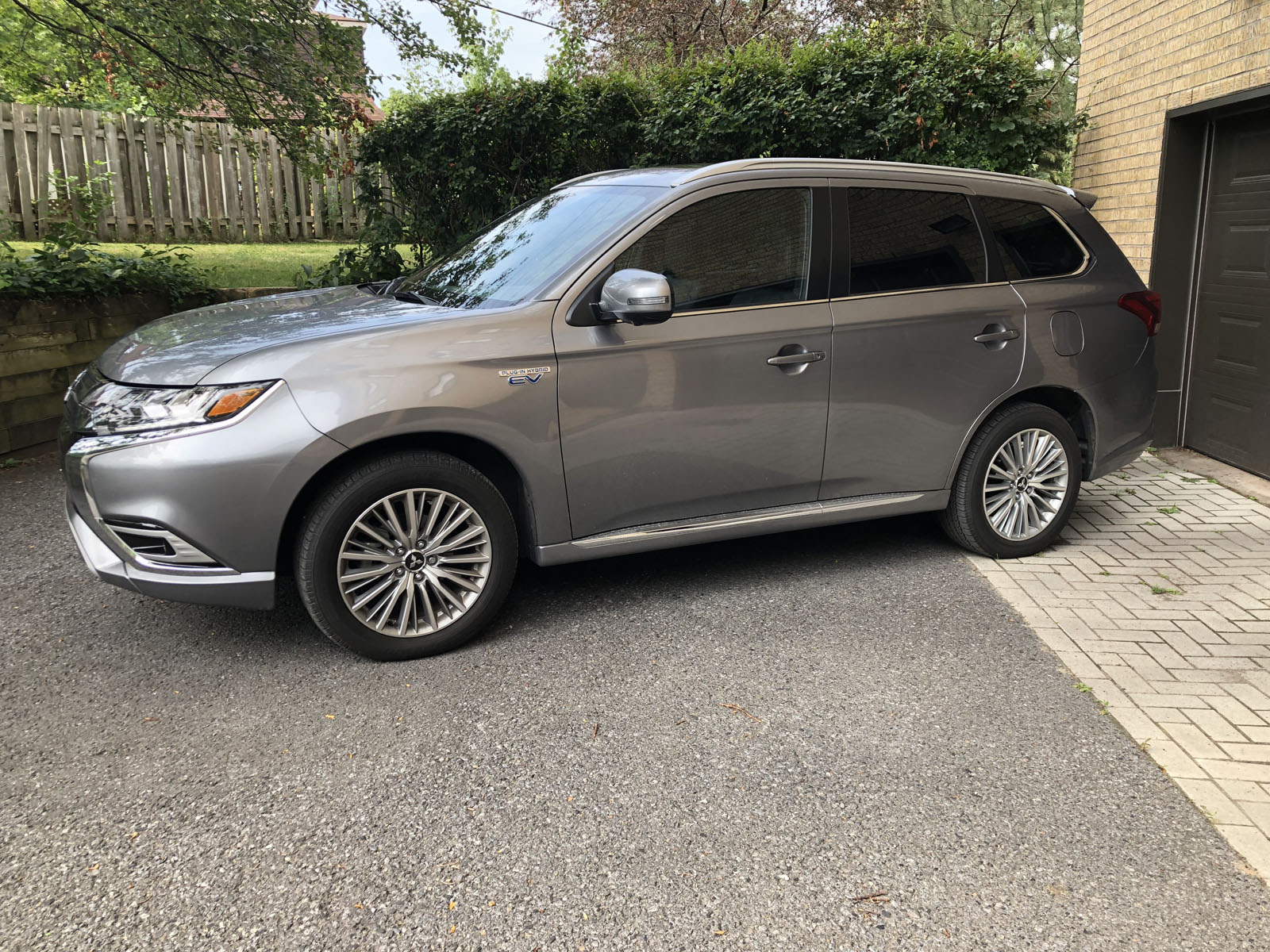 I also like the fact that the Outlander PHEV keeps the S-AWC all-wheel drive system from Mitsubishi. This system is one of the most advanced AWD technologies available on a compact SUV and gives the driver more control over how power distributed which means you can get out of a variety of difficult situations more efficiently.

Mitsubishi Wants 7 Electrified Vehicles In The Next 7 Years

The 2019 Outlander PHEV feels springy on the road, especially by compact SUV standards. You do feel like the engine under the hood is different from anything else offered in the segment, especially when passing on the highway. There’s a lot of torque there.

Starting at $43,498, the 2019 Outlander PHEV is available with a variety of provincial and federal rebates. Better yet, it offers some very impressive interest rates on both leasing and financing. You can get 0% financing for up to 60 months and 0% leasing for up to 36 months. A 72-month financing or 48-month leasing plan only costs 0.99% in interest. In other words, you’re not paying that much more for an Outlander PHEV compared to a RAV4 Hybrid or any other well-equipped compact SUV with a traditional engine. No wonder it’s so popular.

There’s a lot of value here and without any form of direct competition, the 2019 Outlander PHEV is still a recommended purchase despite its interior and other shortcomings. Mitsubishi needs to start thinking of a new generation, however, because that direct competition is coming and will be more modern with more range. 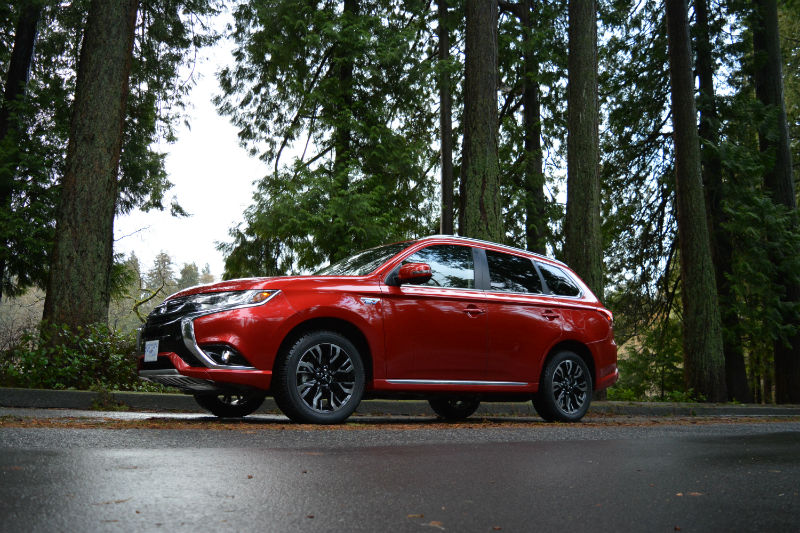 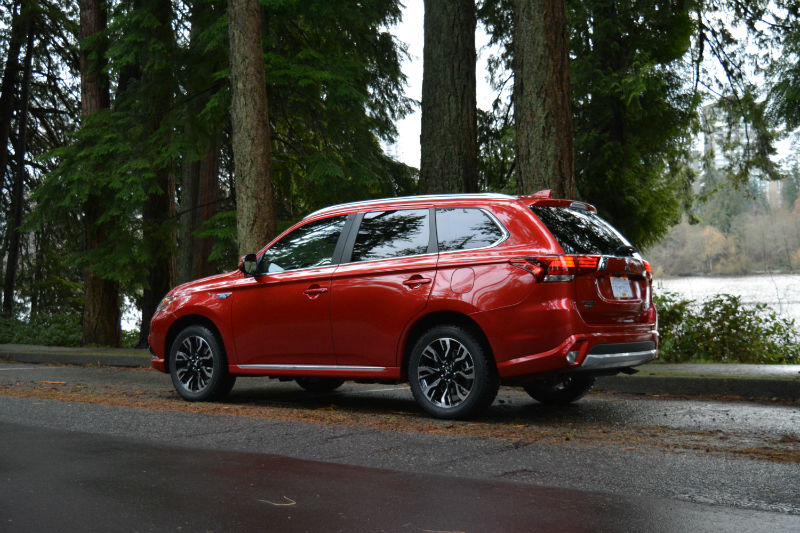 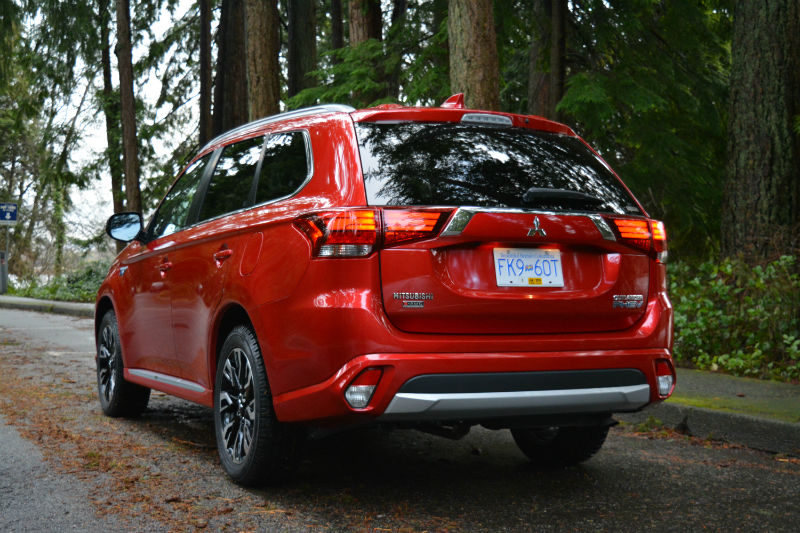 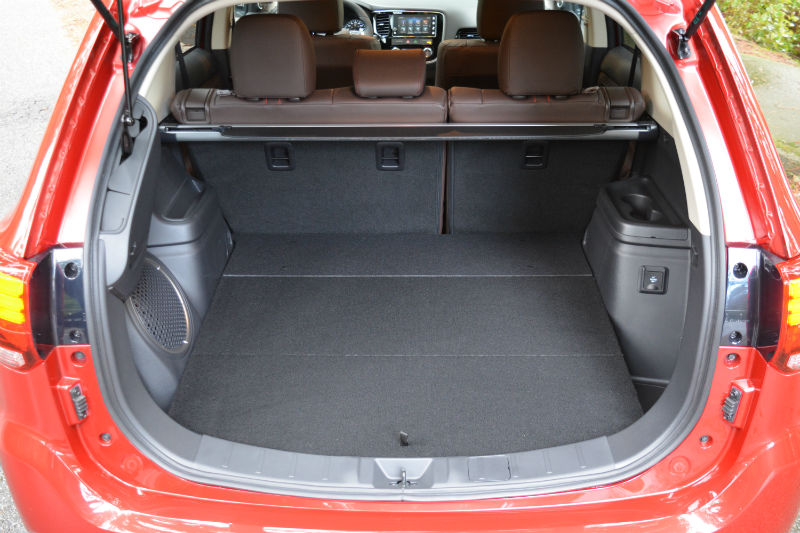 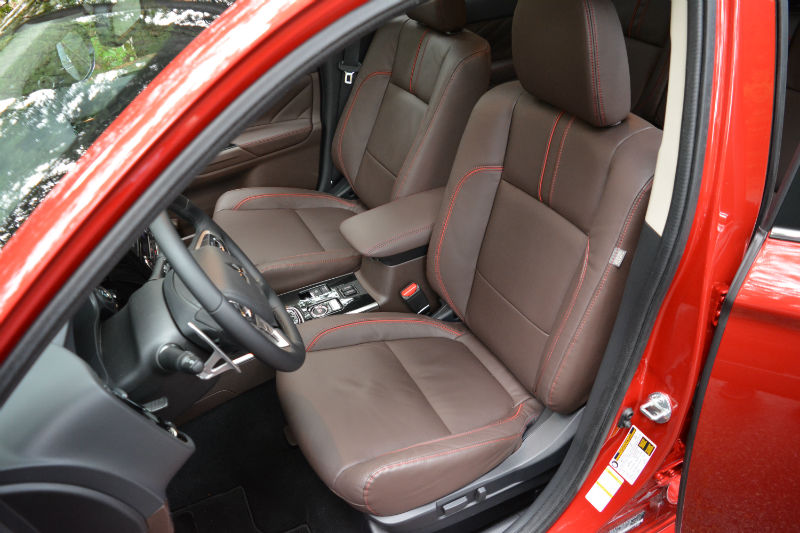 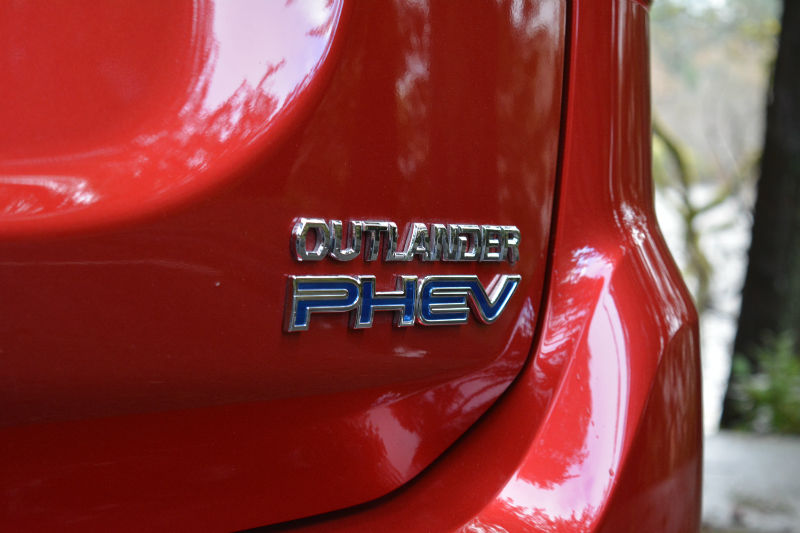 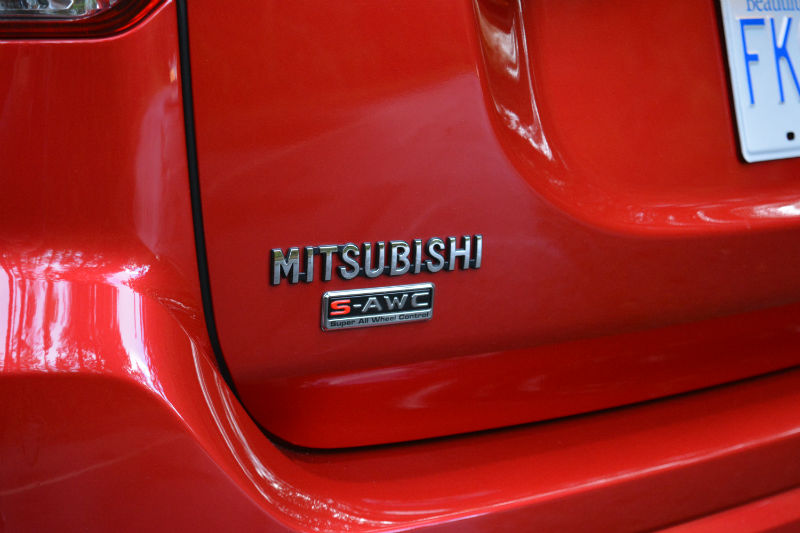 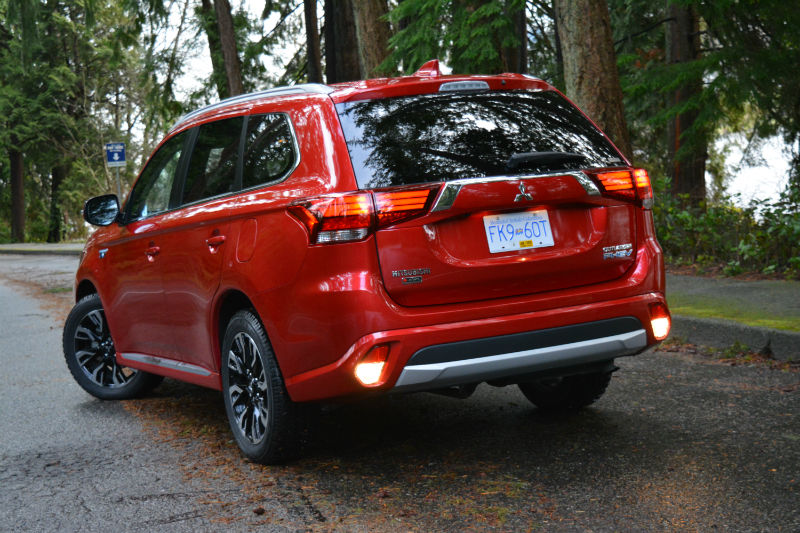 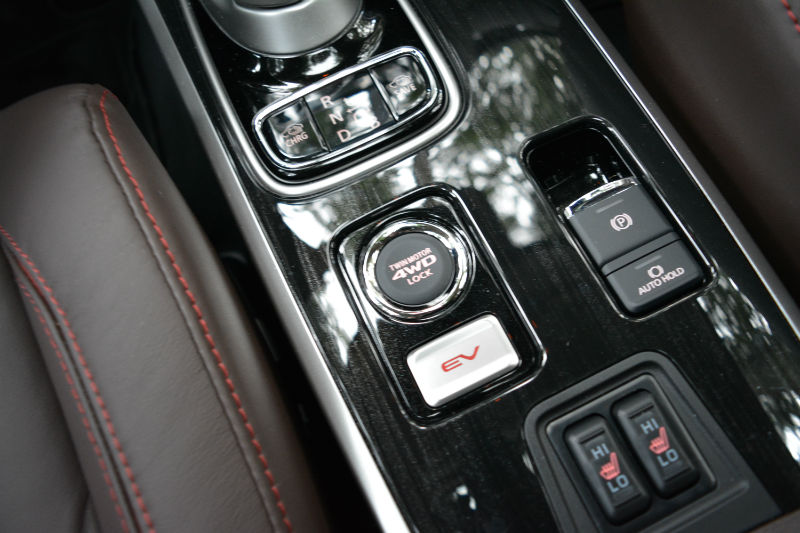 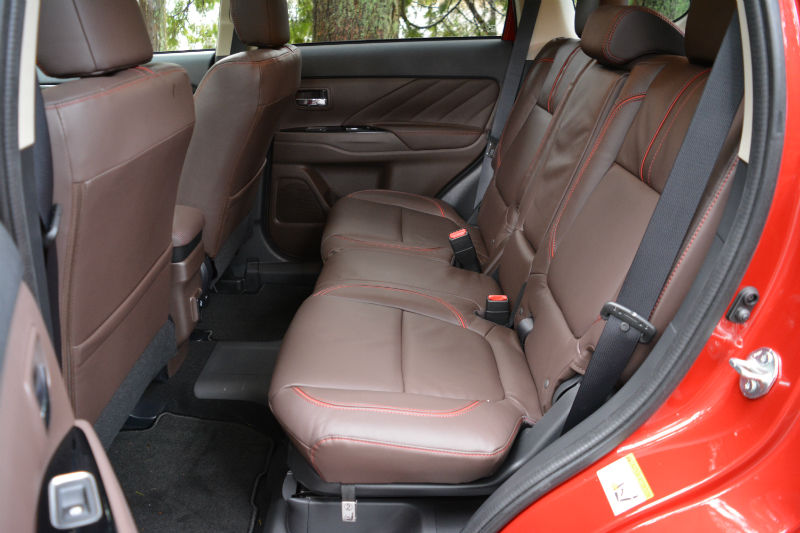 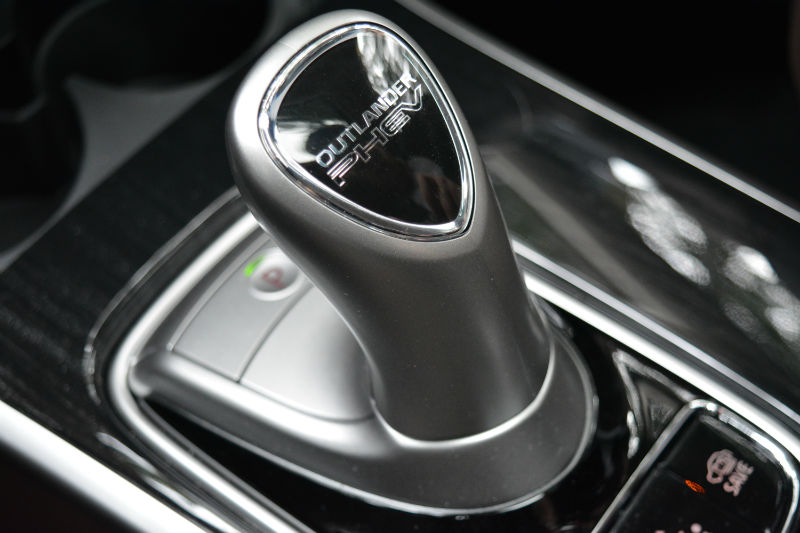 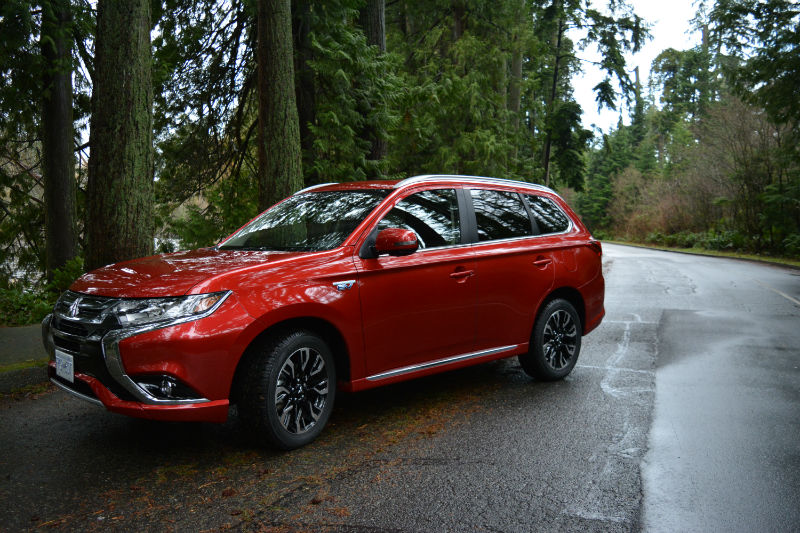 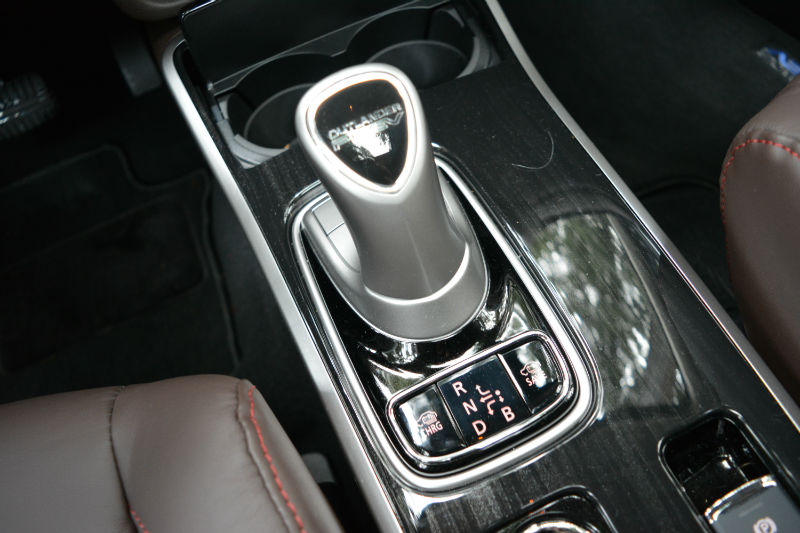 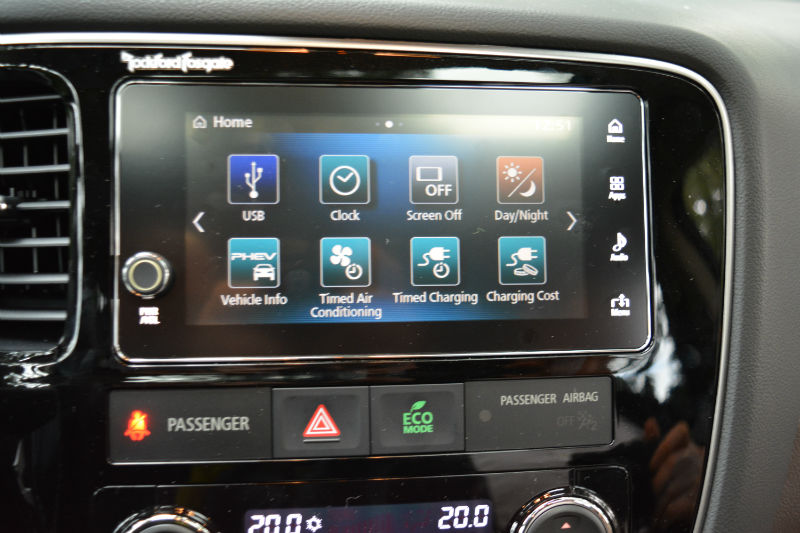 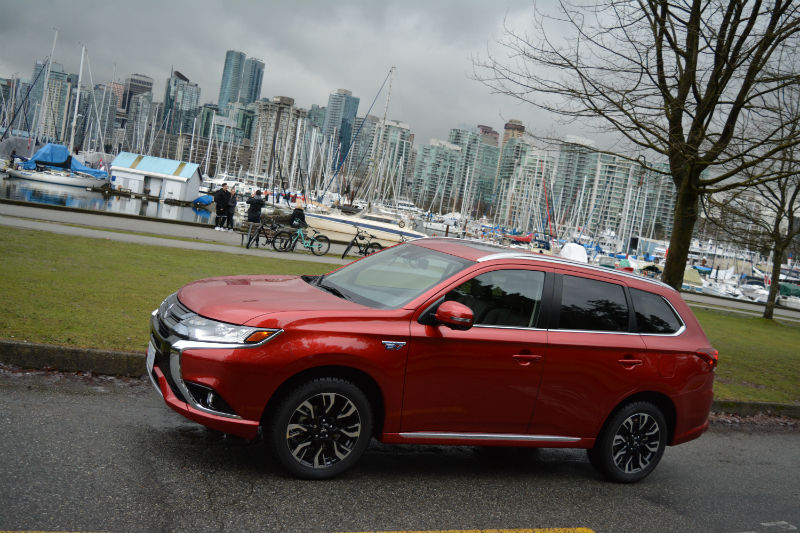 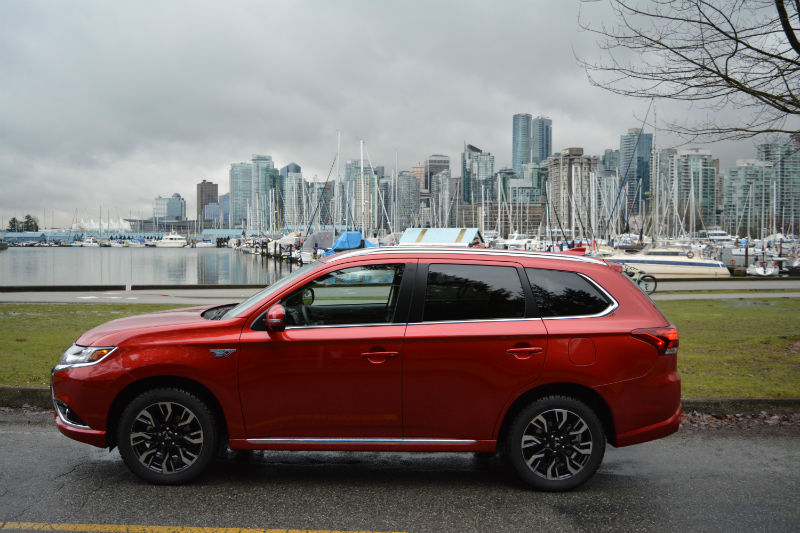 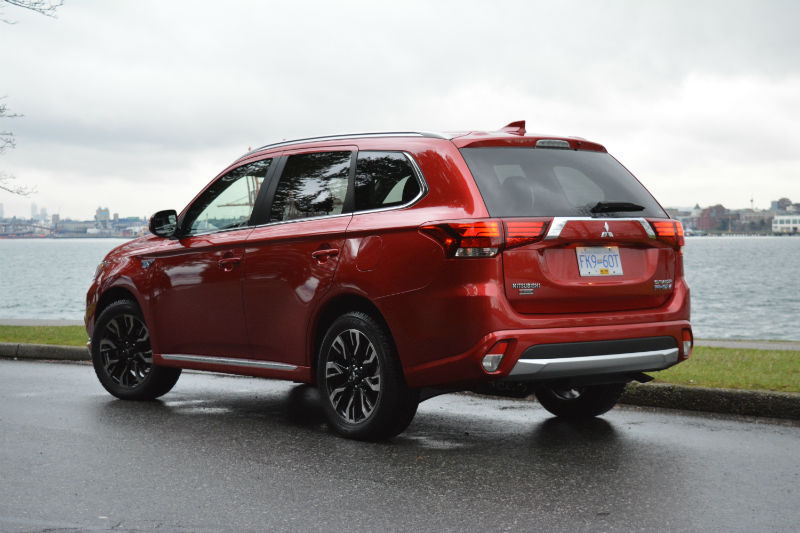 This is the total amount following previous announcements. Much of the total investment will go to building EVs and battery facilities. The Hyundai Motor...
Read more

Tires create fine particle dust which seeps in the ground as they wear on the pavement Electric vehicles being heavier than comparable gasoline...
Read more

For many years, Cadillac has tried to let go of its old people’s car image 70% of the people having ordered a Lyriq...
Read more

2022 Ford Bronco Raptor will Have 418 Horsepower

It will be powered by a twin-turbocharged 3.0-litre EcoBoost V6. Official output numbers are 418 horsepower and 440 lb.-ft. of torque. This is truly...
Read more