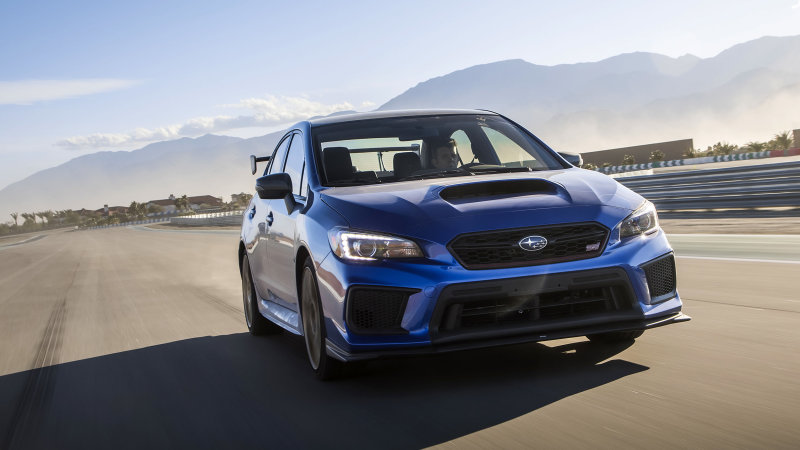 Everybody loves the STI. It’s been a JDM compact performance car stalwart for nearly 15 years in Canada and has held its own despite the onslaught of competition from ze Germans, Americans and other Japanese brands.

For the longest times, it was the most powerful of the segment. At 305-horsepower, the boosted 2.5-litre flat-4 was a powerhouse that, well, never evolved. Although only the Honda Civic Type R and Focus RS generate bigger numbers, the STI and its followers would welcome a first update in power in roughly a decade.

STI-lovers rejoice! The power increase it here, and it’s all of 5 more hp… We know… But turn that sad-clown-frown upside down and know that this was achieved through a new air intake and high flow performance exhaust. A retuned ECU and stronger pistons also helped out and to make things even better, the 6-speed manual transmission gets a revised 3rd gear ratio for better acceleration.

Jaguar will become fully electric in the next few years. We will get more information on the brand's future in 2023. The first...
Read more
Previous articleJay and David Lee talk about a special Ferrari Dino
Next articleWhat could happen when you skip that one recall