The new Toyota RAV4 is your one-stop go-to compact SUV. Pick a trim and a colour. And done.

In the ever-more crowded sea of small SUVs, the Toyota RAV4 rises to the top for many reasons. Some maybe obvious while others were, at one point not too long ago, quite foreign to Toyota as a whole. Sure, there are other excellent options in the segment. I can think of the Subaru Forester, Mazda CX-5, Honda CR-V and the new 2020 Ford Escape but there’s a layer of comfort that comes with having a RAV4.

Go for the Hybrid 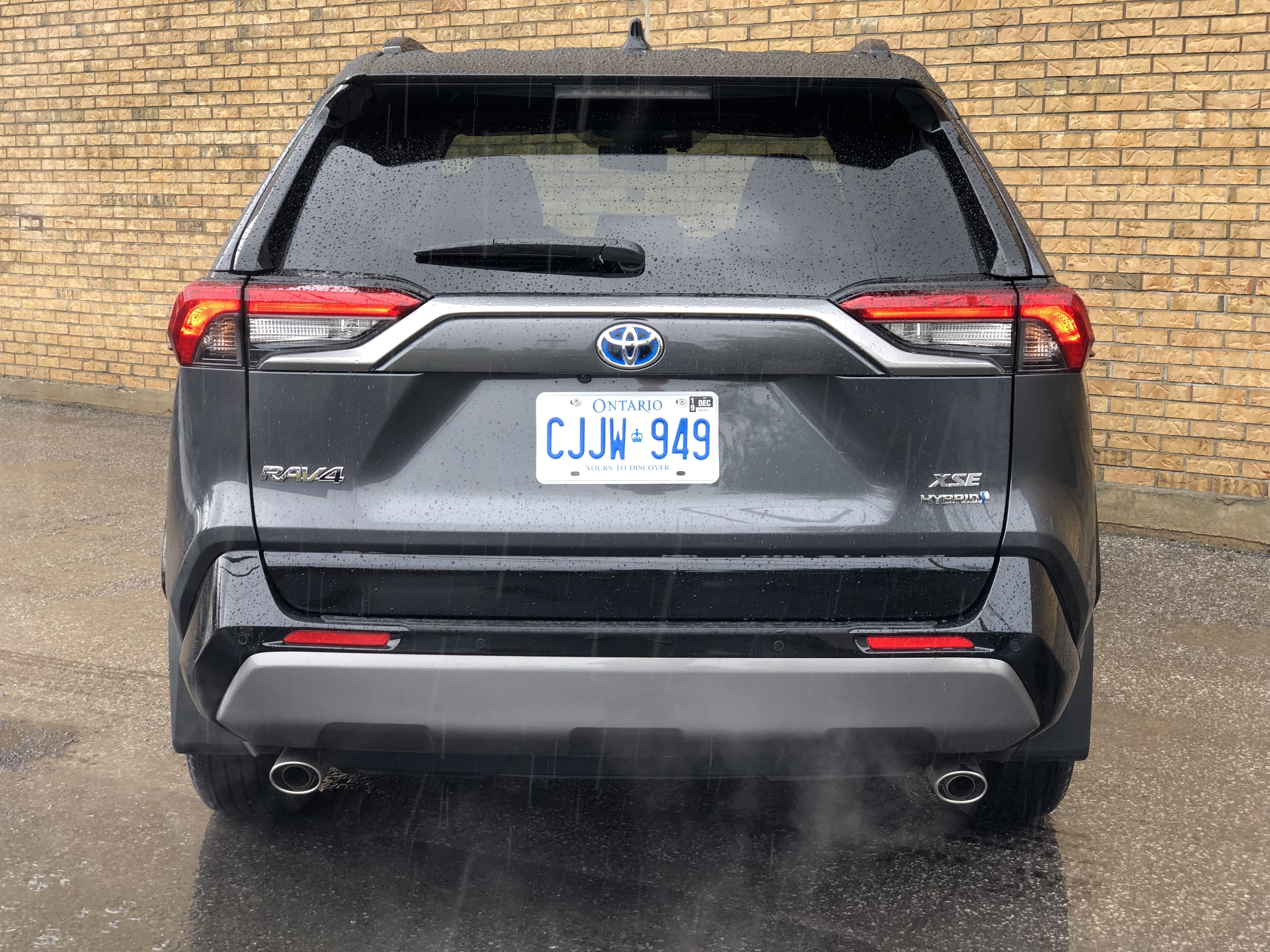 Now, I’m not preaching, although it seems like I am. The new Toyota RAV4 may not turn out to be as bulletproof as the previous generations but odds are that it will be damn good overall. It is with this in mind and the fact that there are three distinct versions of the RAV4 that if you had to explore only one option, it should be the Toyota.

More specifically, the RAV4 Hybrid. Here then is the one-that-does-it-all. Toyota’s Hybrid Synergy Drive technology is proven and capable of impressive feats of efficiency and performance.

The 2.5-litre 4-cylinder Atkinson-cycle engine and associated hybrid boost provides a total system output power of 219-horsepower. Part of the getup is an electric motor on the rear axle that has no physical link to the front. This second motor is standard on all RAV4 Hybrids thus all are AWD. 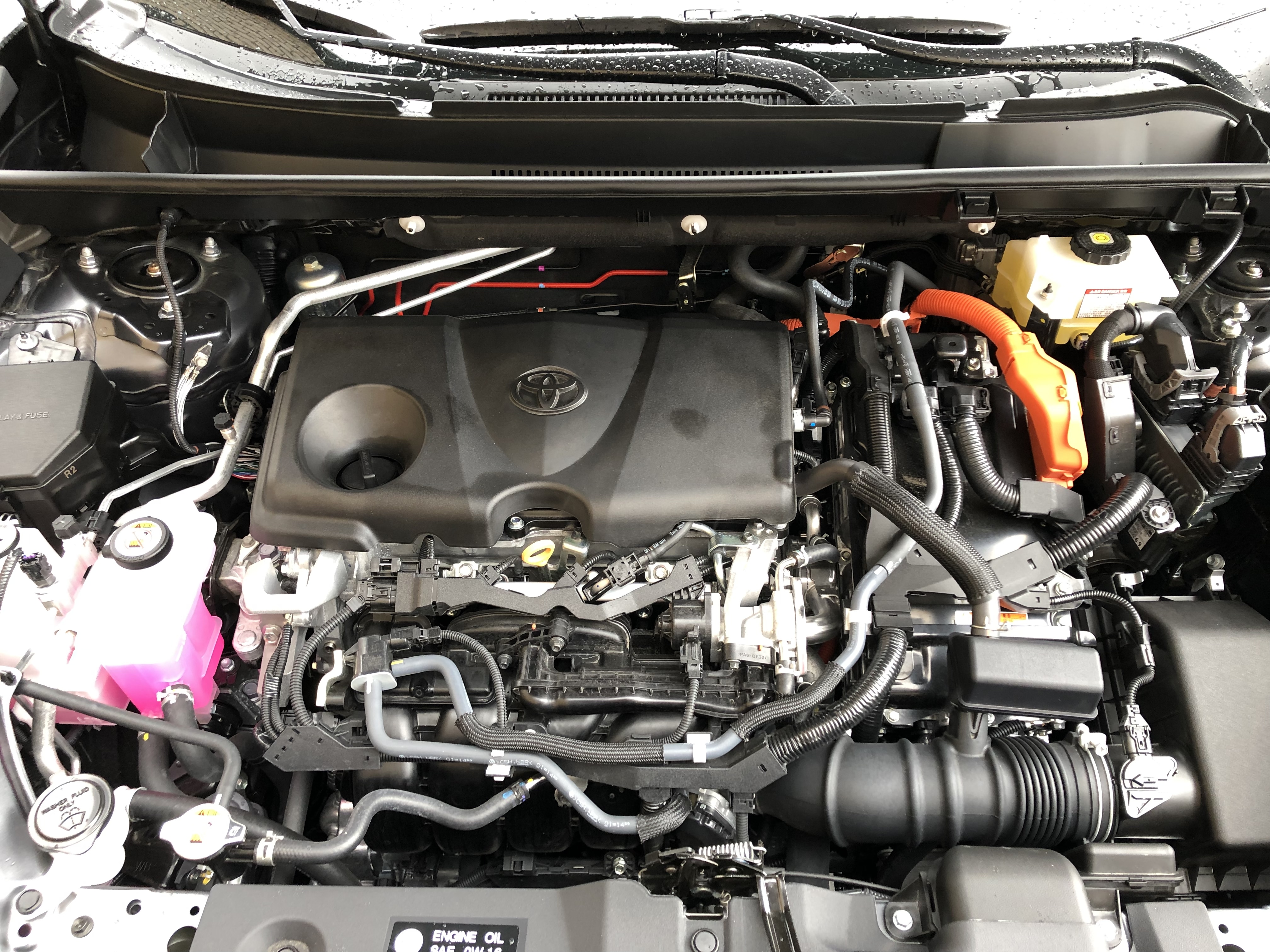 Also standard with the Hybrid is a Continuously Variable Transmission (CVT) which handles the shuffling of motivation quite well. In fact, the Hybrid happens to be quick on its toes. In a potentially surprising move, Toyota’s included a Sport drive mode with this vehicle and to be honest, it’s a fun addition.

Not only is the Hybrid the most powerful on paper, it happens to feel the quickest, at least more so than the regular RAV4 I reviewed earlier this year. This is certainly due to the electric motor’s instant torque. The other highlight, thanks to this motor, is incredible fuel economy. Even with my heavy right foot with mixed highway and city driving, I averaged 6L/100km. This is impressive.

From here, there are few things to say about driving the RAV4 Hybrid that differs radically with the regular unit. The Hybrid is also built upon the Toyota New Global Architecture platform which enables the vehicle to ride with poise, comfort without being unpleasant to push. Understeer is a factor when encroaching on the RAV4’s limits, which come quickly despite my tester’s “sport-tuned” suspension, however there’s no need to go there.

As with the regular RAV4, decibels and vibrations rise quickly as engine speeds climb. The shift from hybrid-electric to petrol power accentuates this annoyance.

Braking is the Toyota RAV4’s biggest fault. The pedal responds delicately to minimal pressure however mild to strong pressure reveals little to no extra stopping power. This is quite unnerving especially in traffic. Finally, maximum pressure will give you that last bit you need to come to a stop. 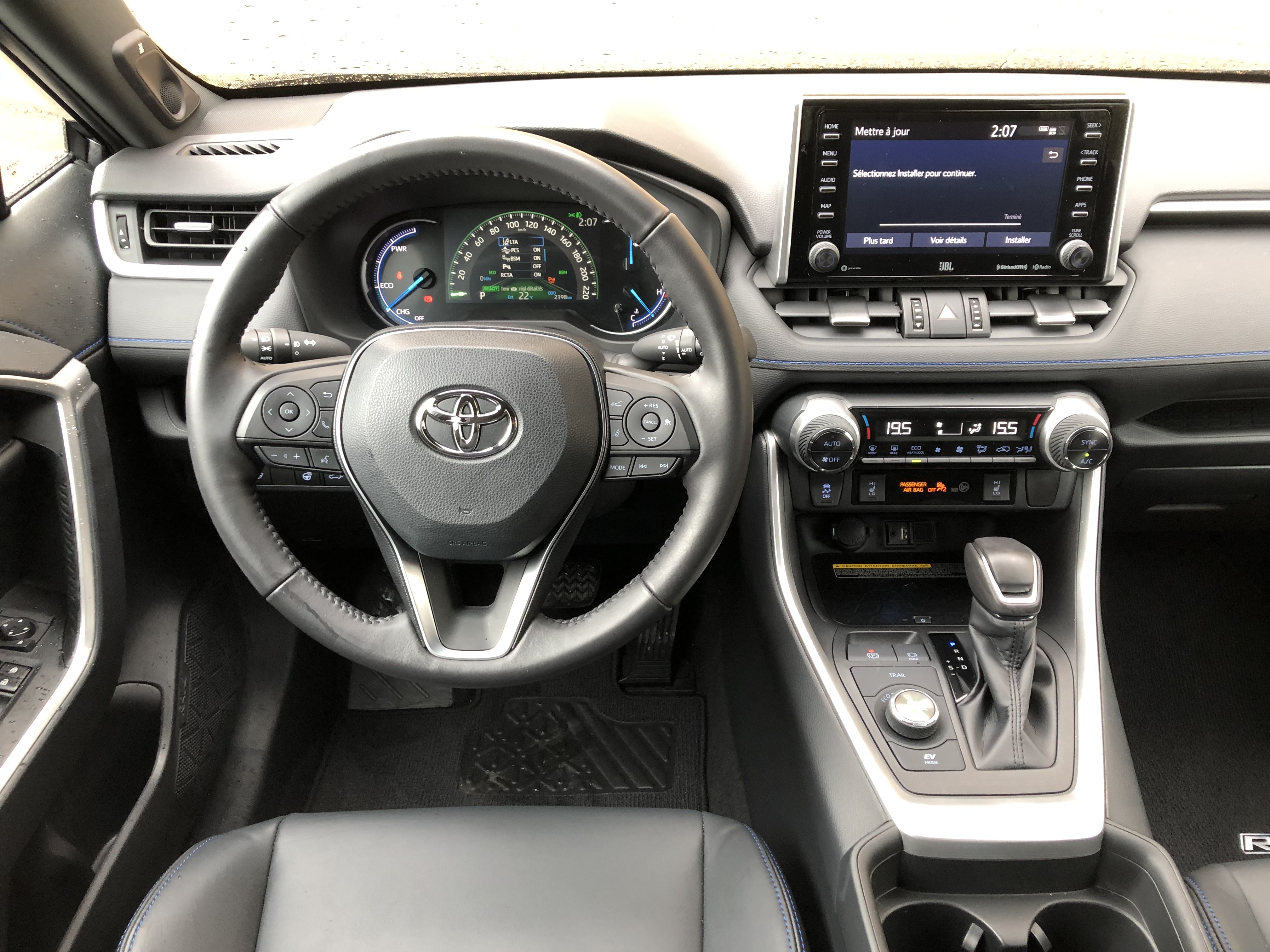 My tester, which was a $35,090 XLE Hybrid with the XSE with Technology Package, for a total of $40,890 would have only looked better had it not been grey – White or Blue with the black roof is better. The XSE group adds a sportier bumper and grille and black wheels for a tasteful look.

Once more, like the conventional RAV4, the Hybrid provides ample room and storage for all passengers. Meanwhile, the boot is just shy of gigantic with its 1,059-litre capacity.

The final tally: Say yes to the Hybrid 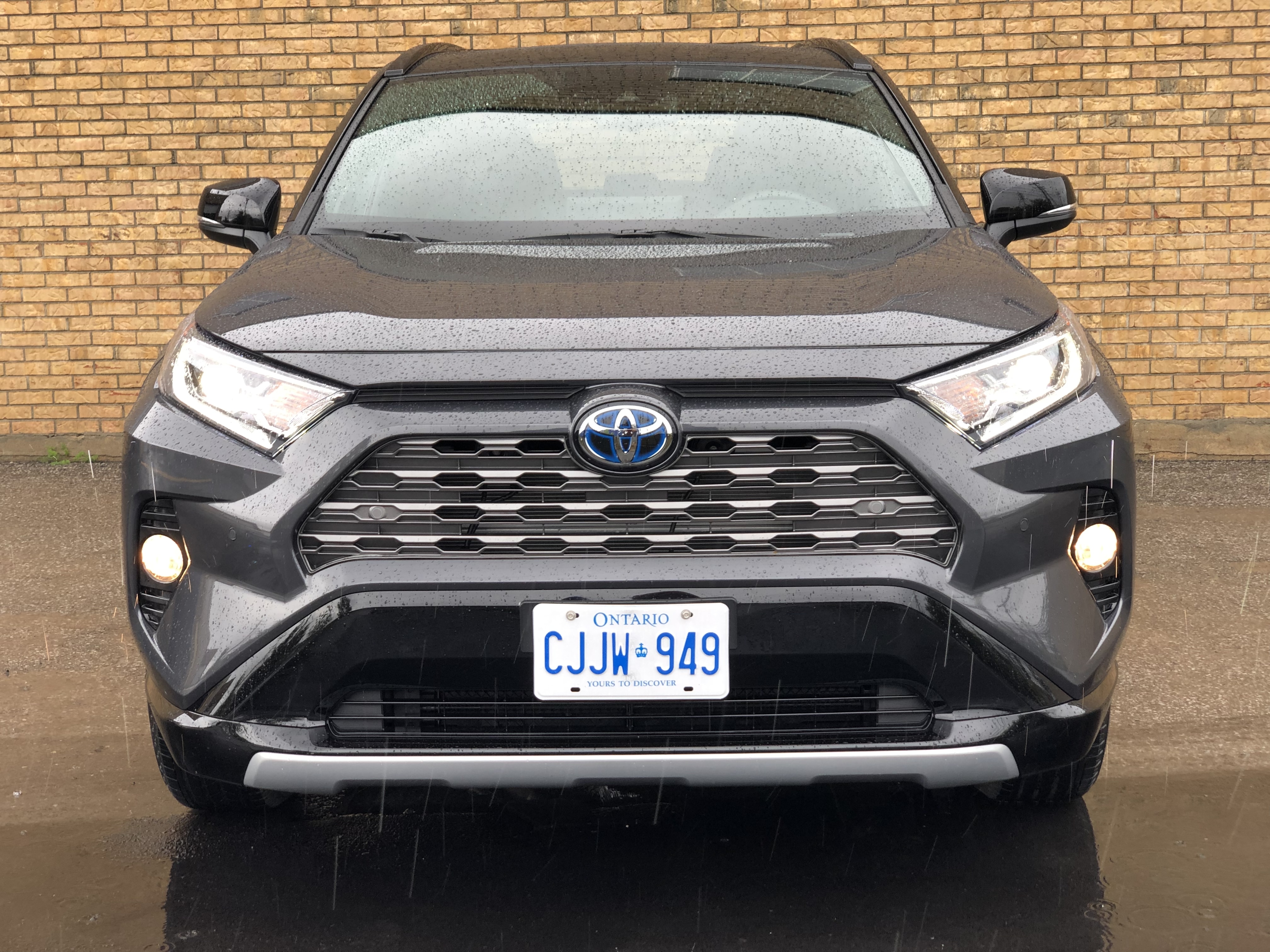 From the base Toyota RAV4, Entune 3.0 audio which includes Slacker, Yelp, Sports, Stocks, Fuel, and more apps is standard. Apple CarPlay is also part of the package, as are a 7-inch display, a 4.2-inch multi information display and more. With the XSE optional packages, an 8-inch display, softex leather sport seats, satellite radio, and more come into play.

The starter Hybrid is the LE AWD and at $32,090, it’s the best way to benefit from all the desired space, capability all with surprising performance and unmatched fuel economy. While this trim may fall somewhat short technology-wise, it’s a smart option. The XLE adds the power hatch, heated steering wheel, smart key and moonroof. This is the value- and feature-packed iteration to consider.

At the moment, the Toyota RAV4 Hybrid is unique. I do not consider the Mitsubishi Outlander a direct competitor as, before incentives, it is far more expensive and in the real world, its fuel economy is less than stellar. The future holds a Ford Escape hybrid, potentially a Honda CR-V and perhaps one or two more candidates. As it stands, there’s no need to wait, the RAV4 Hybrid is the right choice. 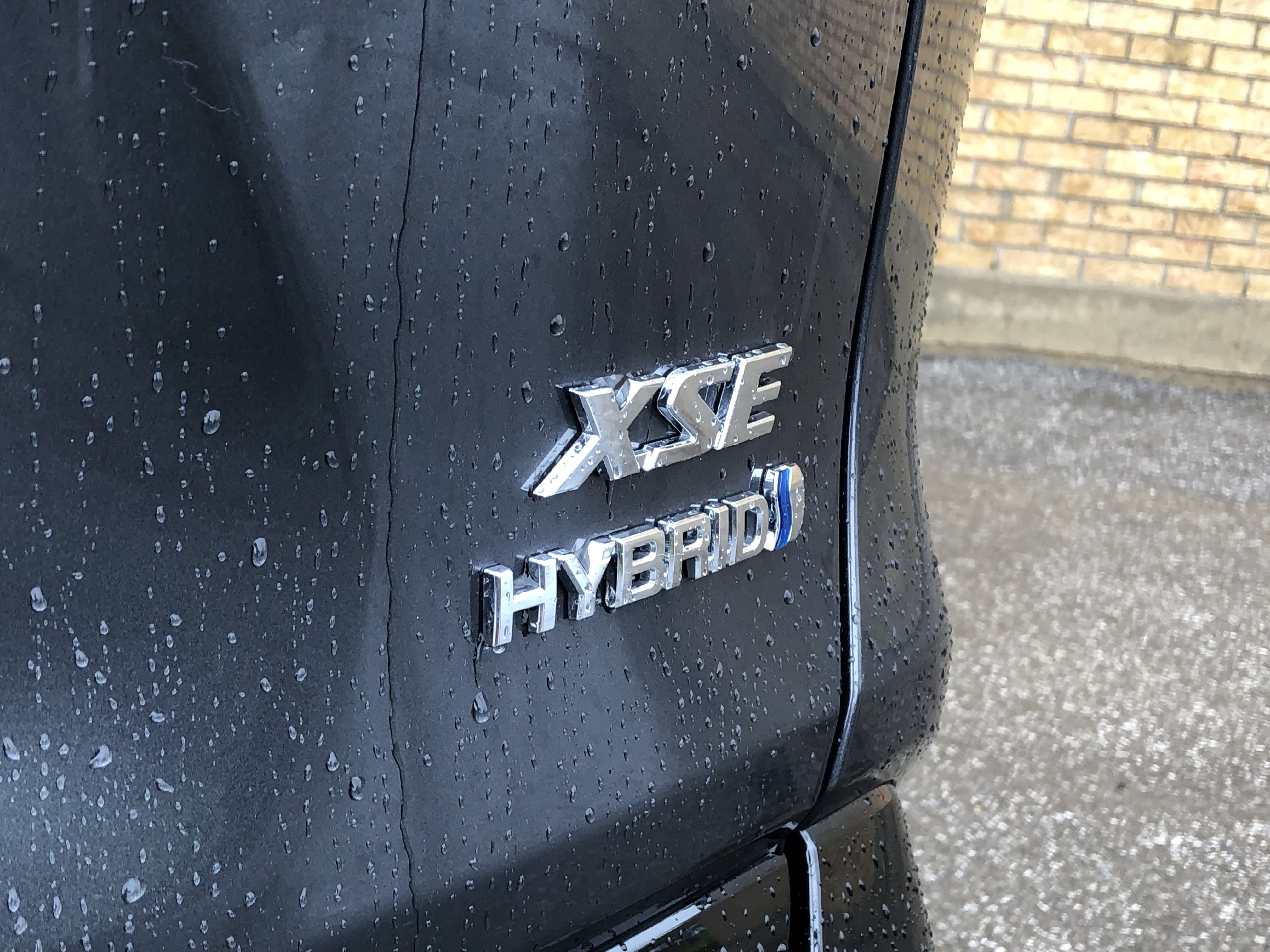 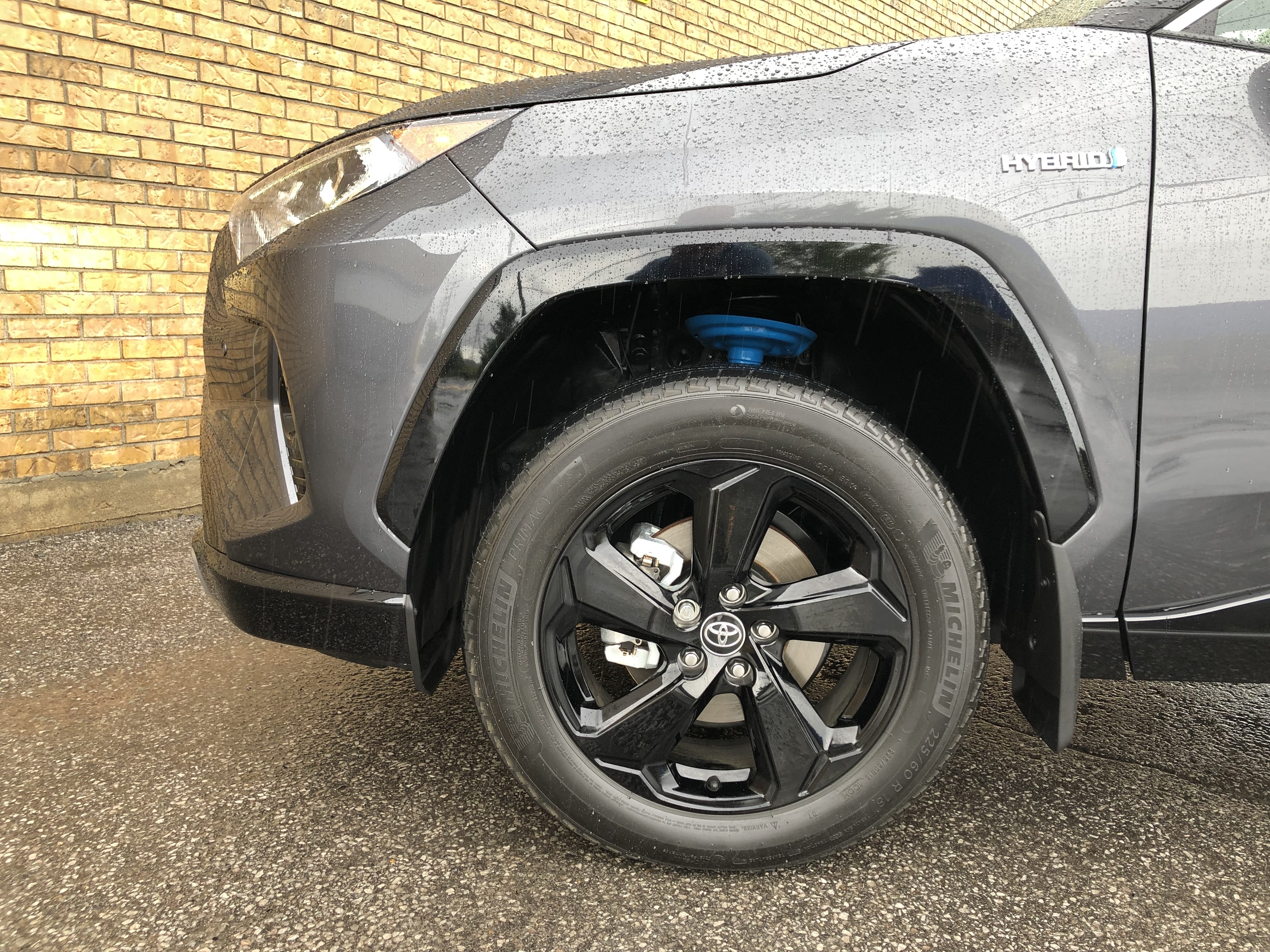 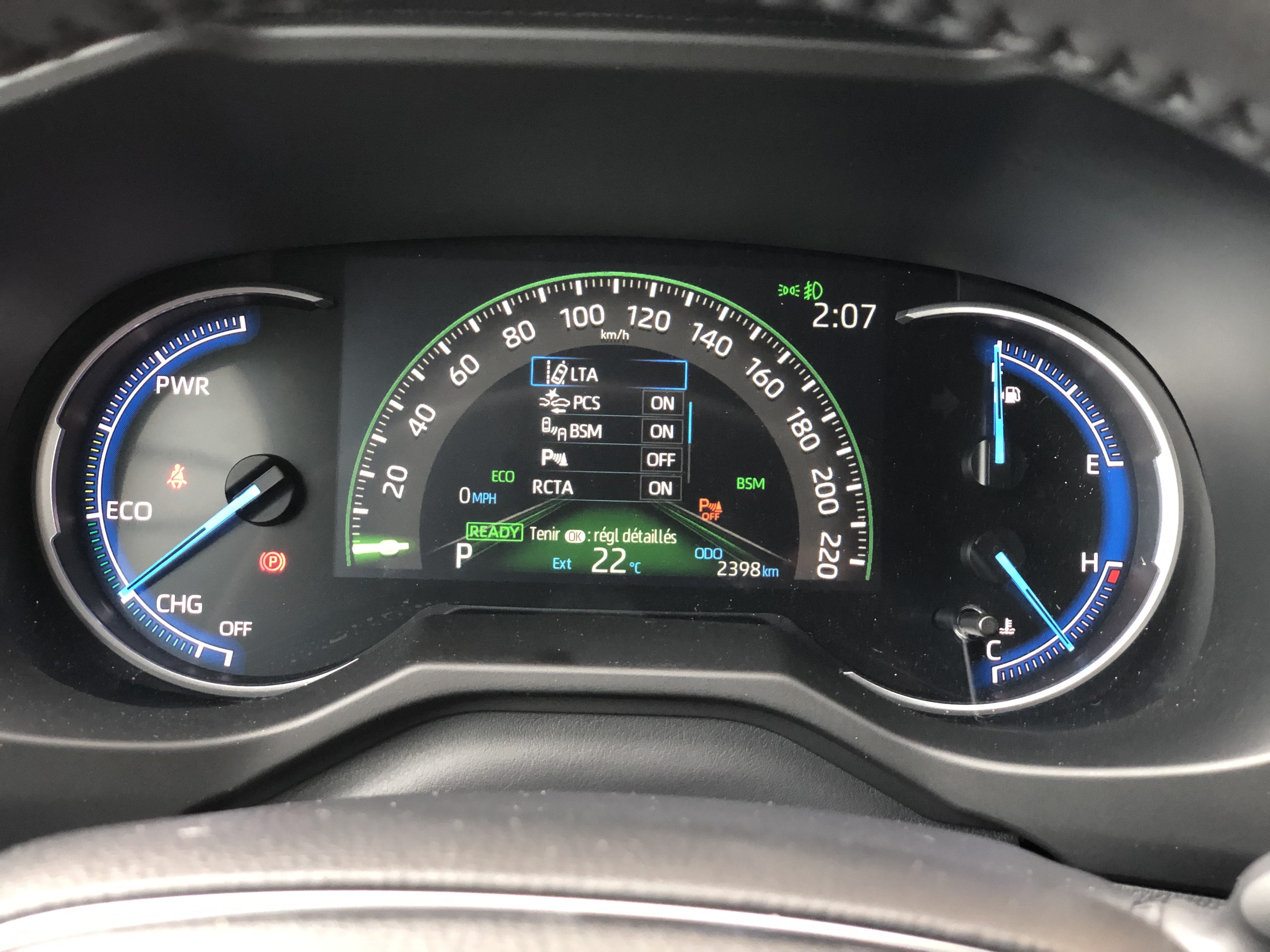