Glance 2019 Volkswagen Jetta at a glance

2019 Volkswagen Jetta at a glance 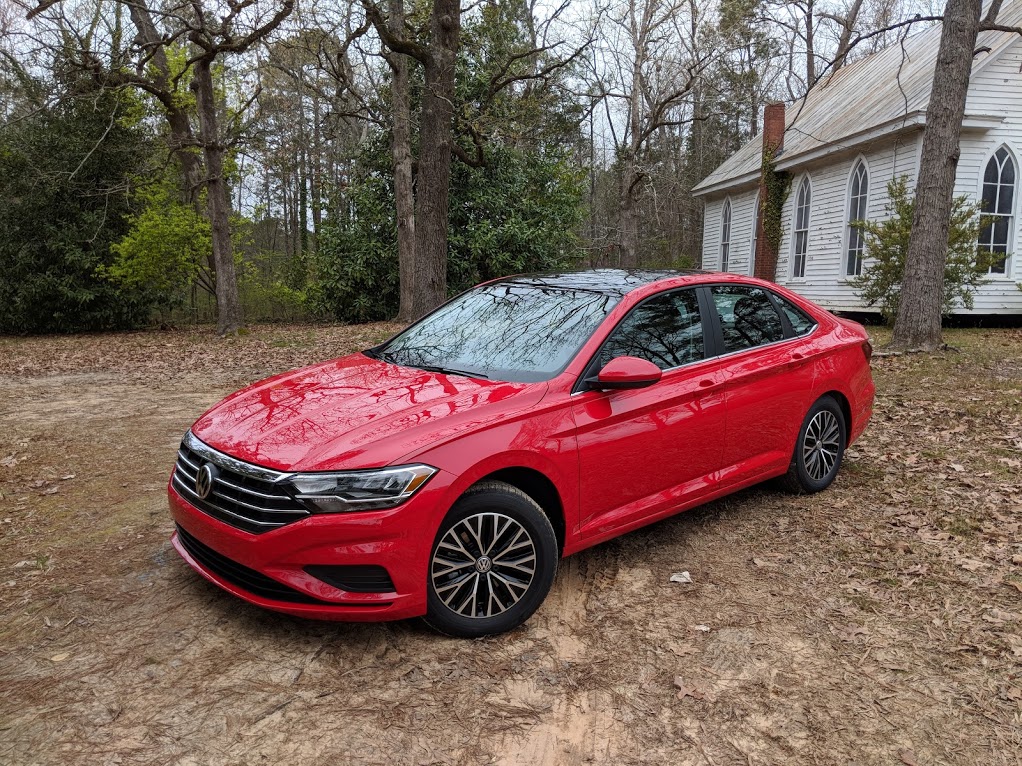 It speaks volumes to the quality of the previous-generation Jetta introduced in 2011 that it was able to remain basically unchanged for seven years and still be competitive in its segment. But with so many redesigned compact sedans hitting the market, Volkswagen needed to upgrade its offering in the segment in the worst way. Enter the 2019 Volkswagen Jetta.

The 2019 Jetta is completely new from the ground up with a new platform, a new gearbox, a full interior and exterior redesign and plenty of new features, particularly in the safety department. The only thing that hasn’t really changed is the engine and ultimately, it was the only thing from the last Jetta that didn’t need fixing.

Check out our first review of the 2019 Volkswagen Jetta

The Jetta has always been a bit of an outlier when it comes to the compact vehicle segment. It’s the only German vehicle in the lot which means it drives differently, feels different inside and even its warranty is different. Those who love it would never consider driving anything else while does who have grown accustomed to the way Japanese and Korean automakers do things in the compact sedan field have trouble getting used to the Jetta.

The 2019 Volkswagen Jetta somewhat bridges that gap, but it remains one of the most fun to drive and agile vehicles in its class. It’s now a bit more comfortable, and there’s more fluff inside.

What the 2019 Volkswagen Jetta does well

It drives like a German car. If you’re not sure what that means, you probably haven’t driven a German car. It just feels so planted and solid on the road, like it’s carved from one solid block of steel.

Interior craftsmanship and attention to detail is uncompromising and unrivaled in this segment. Inside the 2019 Jetta, you feel like you are in a vehicle that costs a lot more than it actually does, especially if you opt for the top-of-the-line Execline trim which features a 12.1-inch Digital Cockpit digital instrumentation cluster.

Comfort has been improved dramatically in this new generation. It’s also quieter.

There’s more space inside the 2019 Jetta. It’s not as spacious in the trunk as the outgoing model, but it’s still one of the most versatile compacts you can buy.

The only engine on the menu, a 1.4-liter turbocharged four-cylinder, develops 147 horsepower and 184 pound-feet of torque. That’s more torque than in most Jetta competitors, and you feel in on the road. That said, it’s also one of the most efficient cars in its class thanks to a new 8-speed automatic gearbox.

What the 2019 Volkswagen Jetta doesn’t do so well

Yes, the 2019 Volkswagen Jetta is more spacious than most competitors, but this new model feels a bit more cramped than the previous generation. Current Jetta owners will notice.

The car is a lot more expensive than its competition. Starting at $20,995, it’s roughly $4,500 more than the Honda Civic, Toyota Corolla, Hyundai Elantra, Mazda3 and Nissan Sentra. It’s about the same price as a Subaru Impreza that features all-wheel drive. The Jetta is FWD.

The Jetta is a bit bland inside. It’s refined and even luxurious, yes, but that doesn’t mean its cozy. Put another way, the Jetta’s interior doesn’t make any sort of statement or visual impact.

The 2019 Jetta is a bit more upscale than its competition, but it comes at a price. You can save a lot of dough and get a Mazda3 that’s just about as much fun to drive, or a Toyota Corolla or Honda Civic that will be as comfortable. That said, when you buy a Jetta, you are getting a vehicle’s whose personality is unique. It doesn’t really feel like a compact sedan in a good way. For some, that’s enough to convince them to spend the extra money. 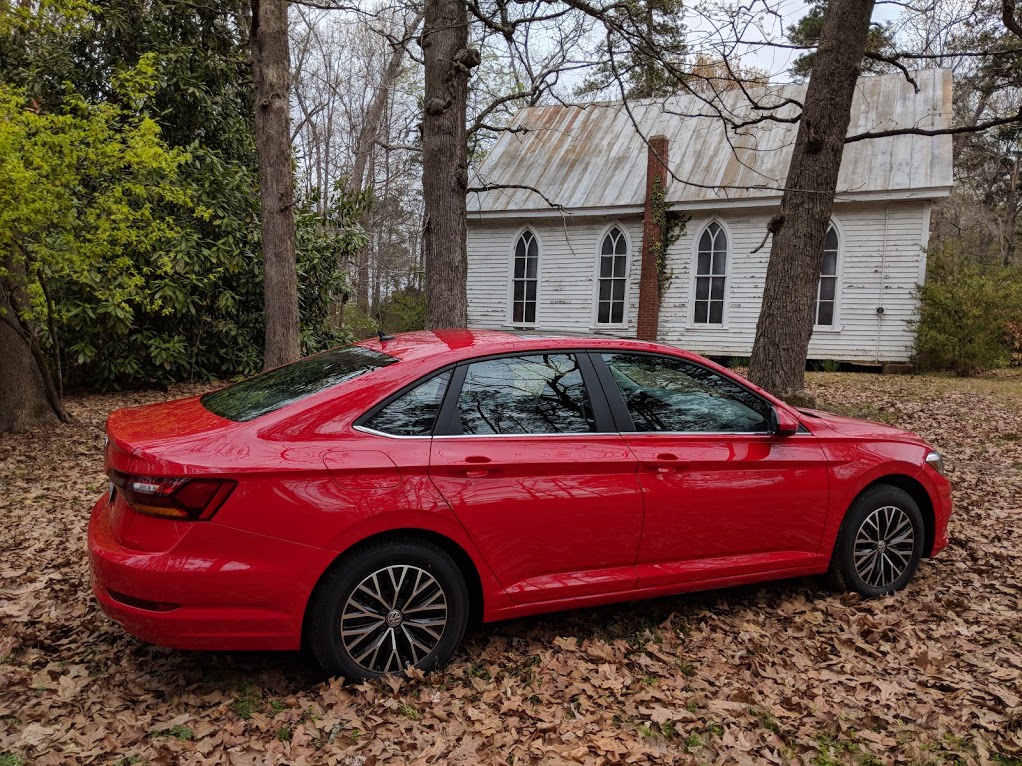 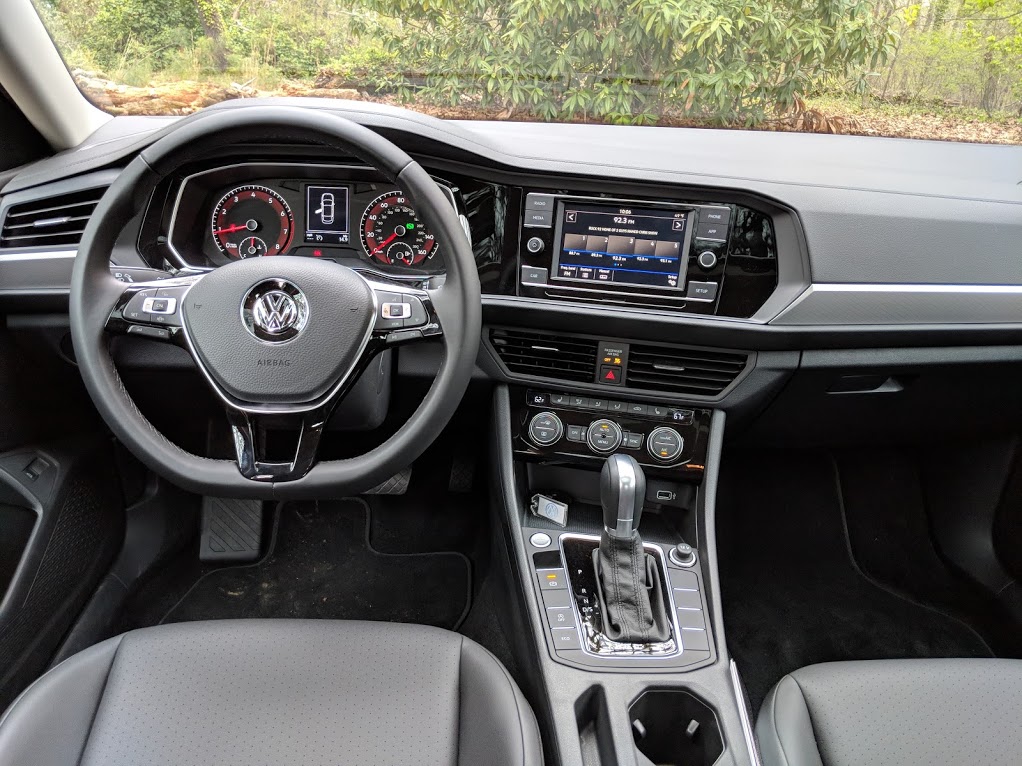 It will be offered in one of two colours. The 70th Anniversary Edition will feature unique badges. It will be based on the...
Read more
Previous articleThe Volvo 360c Concept is a mobile living room
Next articleLister makes the Jaguar F-Pace SVR the fastest SUV in the world