First Reviews 2020 Audi A4 First Drive Review: Is It Enough?

With new competition entering the market, the Audi A4 needed something new.

The 2020 Audi A4 will be hitting dealerships early next year which means that by then, consumers will have had about 8 months to sample a brand-new generation of the BMW 3 Series, one of the A4’s main rivals. In the highly competitive Canadian world of luxury compact sedans, that’s a really long time. It may seem even longer for Audi who’s already third in the segment behind the Mercedes-Benz C-Class and the BMW 3.

If the 2020 Audi A4 was an all-new generation like the Beamer, that would be one thing. But it won’t be. Call it a significant refresh. The exterior design is different enough to get noticed as is the interior, but the DNA of the car, how it feels and what’s under the hood won’t change next year. That means that Audi will be taking on a brand-new 3 Series with a not-so-new A4 when it was already behind BMW before the latter redesigned its car.

What does this all mean? Well, probably nothing in the end. We’re guessing that Audi will still come in third in sales next year behind the C and 3 as it will this year. Now, what if you don’t care about generations, refresh schedules, and sales numbers and just want to know if you should buy an A4 instead of a 3 Series? Or, perhaps you’re already an A4 owner, have a great deal on a 2019 from your dealer and are wondering if you should wait for the 2020.

We’ll start by answering the second question first. Yes, the 2020 A4 is different enough from the 2019 that you should wait if you can. The exterior design gives the car a more agressive and noticeable look, particularly the headlights. The grille is bigger, the front bumper is more agressive and the car has an overall sleeker profile.

The Audi A4 always looked a bit more upscale than its rivals (at least to me) and the 2020 version follows the same trend.

The interior is roughly the same but there’s a considerable addition on top of the centre console in the form of a new 10.1-inch touchscreen. The central command system for all of the car’s functions has haptic feedback and is quick to respond which is good because unlike the 3 Series or the C-Class, there’s no other way to navigate the infotainment system.

It’s all by touch which some will love and others will hate. A few hours wasn’t enough to get comfortable with it and new owners will need a few weeks, but the graphics and overall layout make the new system worth figuring out.

Powering the 2020 Audi A4 is basically the same 2.0-liter four-cylinder turbo found in the current model which makes 248 horsepower and 273 pound-feet of torque.

That’s close to what the new BMW 330i xDrive offers (255 horsepower) and having driven the latter on my way to the airport to catch my flight to the A4’s launch event, I can tell you that both cars feel the same in terms of power. The 3 Series feels a little lighter on its wheels, but the A4 is still sharp as paper on a winding road.

It also feels more mature than the BMW. The A4’s main selling point has always been its ability to balance performance with refinement and the 2020 edition is no different. It feels so solid and planted. Getting to 100 km/h takes 5.8 seconds and fuel economy is impressive (we averaged 9.1 litres per 100 kilometres on our first drive). Although it’s true the engine is roughly the same, Audi did add a mild hybrid system which calls upon a 12-volt battery to lower the load on the engine. Part of the A4’s impressive fuel efficiency is explained by the new setup.

Audi took the current A4 and modified the exterior, added a new touchscreen to make the interior feel more modern, and made sure not to fiddle too much with the car’s personality. You can modify that personality using Audi’s Drive Mode Select where the differences between Dynamic and Comfort are quite noticeable.

Pricing is yet to be announced, but expect the 2020 Audi A4 to start at around $45,000 with Quattro all-wheel drive. That make it $4,000 less than the BMW 3 Series and would be Audi’s best bet to stay close to its rival until a new-generation A4 arrives in 2021. The 3 Series has a nicer interior and definitely has the “new” factor the A4 is lacking. If these things matter to you, then the answer to the first question asked earlier would be to get the BMW. 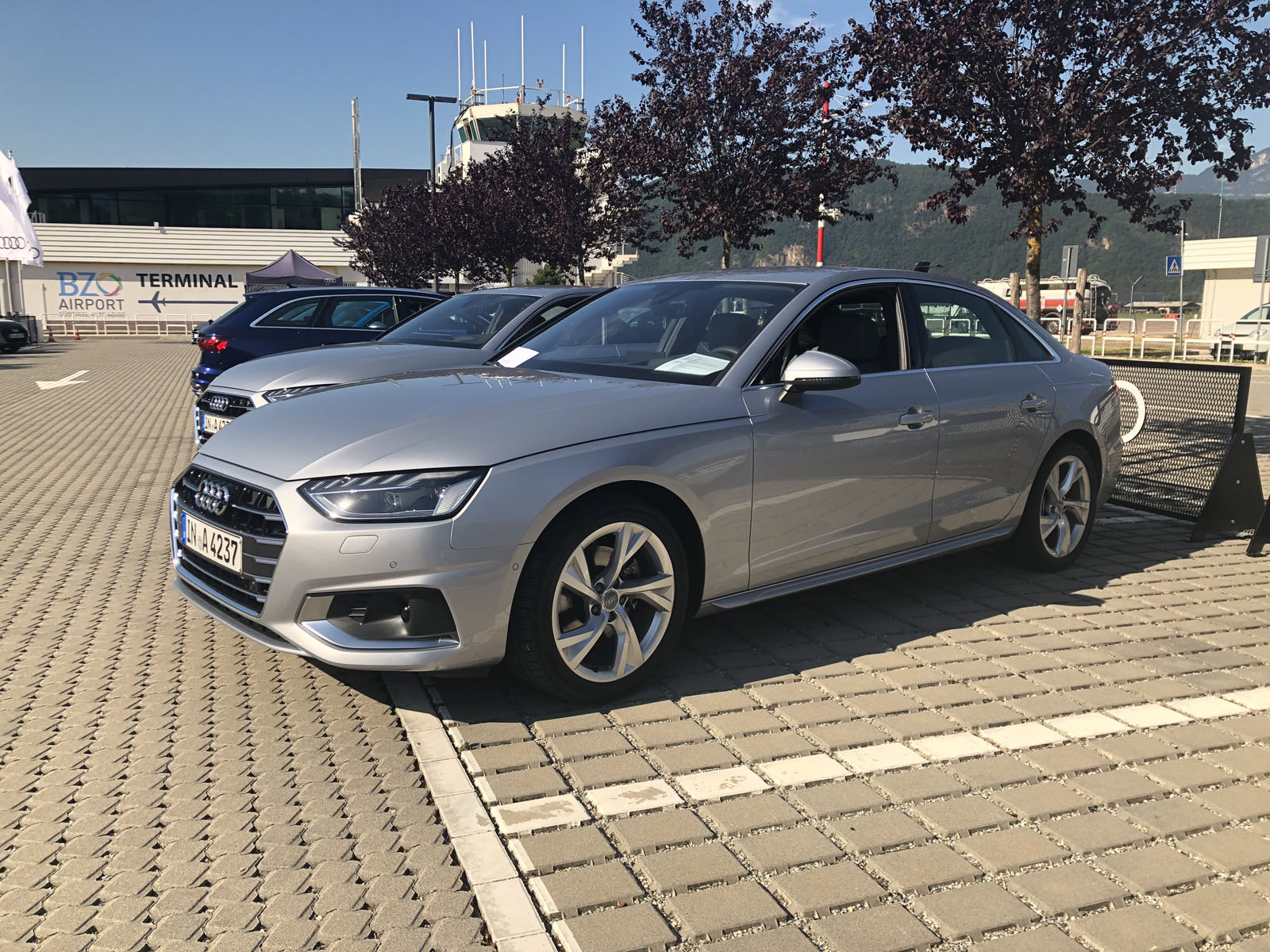 Tesla has already opened its network to other vehicles in some European countries The Biden administration made an announcement that hints at the...
Read more

The company had filed patent images for a pickup in 2020 Since a special tax on imported trucks still applies in the US,...
Read more
Previous article2020 Chevy Corvette C8 Picture Gallery and Quick Info
Next article2020 Hyundai Sonata Hybrid unveiled