The BMW X3 M arrives a little late to the high-performance compact SUV party, but makes a noticeable entrance nonetheless.

As consumers are scooping up luxury small SUVs big time, the long-anticipated BMW X3 M finally hit the market to challenge rivals that have already begun to establish themselves. Better late than never.

As such, the new 2020 BMW X3 M is set to compete with the Mercedes-AMG GLC 63 S 4MATIC, the Alfa Romeo Stelvio Quadrifoglio, the Jaguar F-PACE SVR and the Range Rover Velar SVAutobiography. It’s joined by the BMW X4 M, with which it shares the vast majority of its mechanical hardware. The X4 M will seek to clobber the GLC 63 Coupe and differs only from the X3 M by its sloping roofline and smaller cargo area.

From a visual standpoint, the BMW X3 M looks meaner than a Soccer-Mom four-cylinder X3, but isn’t overdone, either. Those in desperate need of attention might not be pleased to realise that most people won’t recognise it compared to an X3 M40i—an M Performance variant of the SUV, but not a fully-fledged M product. Those who appreciate vehicles that can be driven fast without getting noticed will like it. 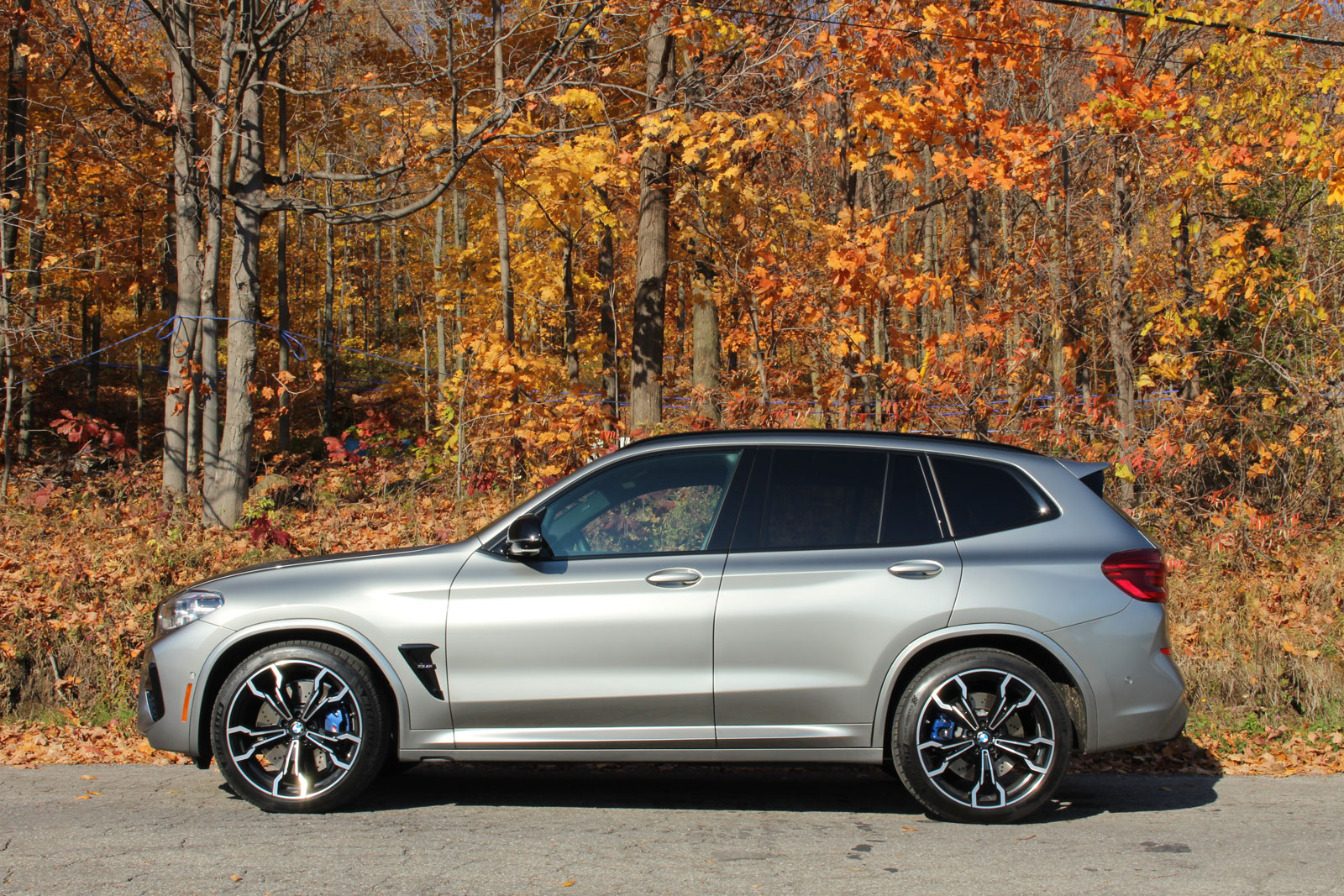 For those who care, the Ms can be distinguished by their black grille inserts and more aggressive bumpers air dams. The Competition variants also get black grille surrounds, black front-fender vent trim as well as black window frames and mirrors caps. The X3 M wears 20-inch alloys while the X3 M Competition gets standard 21-inchers with 255/40ZR21 front and 265/40ZR21 rear rubber, but even the M40i can be upgraded to wheels that big.

The X3 M and X4 M are equipped with a new twin-turbo, 3.0-litre inline-six that develops 473 horsepower (353 kW, 480 PS) and 443 pound-feet of torque—the latter being the highest produced so far by a BMW six-cylinder engine. The Competition gets a 30-hp bonus for a total of 503 (375 kW, 510 PS). Using 3D printing technology, the automaker claims is created a cylinder head core that is not only lighter, but 3D printing allows creating geometric shapes that can’t be done using a metal casting process. 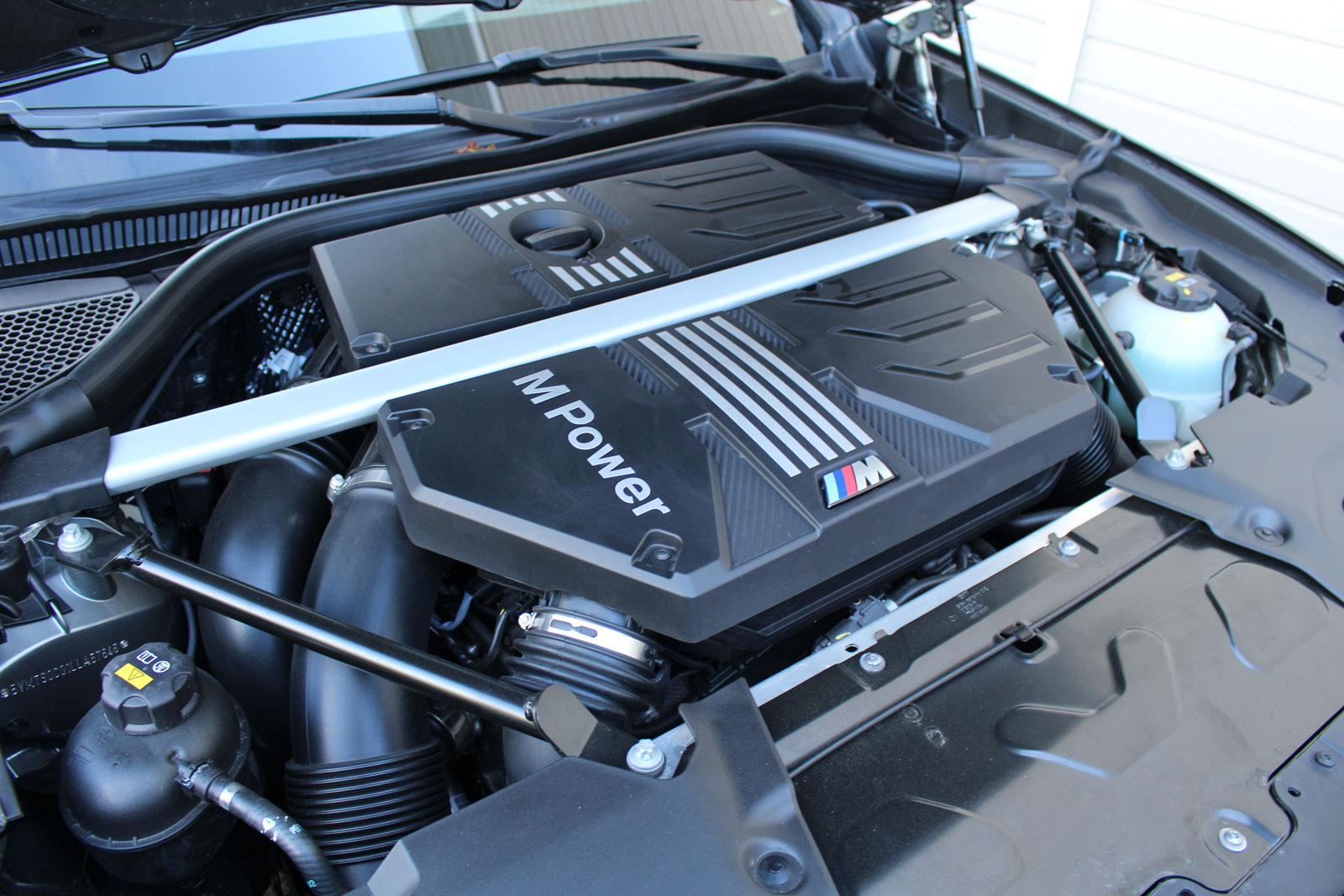 Granted, they’re all pretty close. The X3 M is said to accelerate from 0 to 100 km/h in 4.2 seconds, while the Competition variant can achieve the same feat in 4.1 seconds. By adding the M Driver package, top speed can reach as much as 285 km/h.

This is a marvel of an engine, with gobs of low-rpm torque for quick getaways. The turbo six can purr like a kitten in normal drive modes in order to keep a friendly relationship with our neighbours, although at startup, the burble at idle is low and deep, a clue that this is no ordinary X3.

In Sport and Sport+ modes, the engine roars at wide-open throttle, while the exhaust system sputters at every upshift and pops at throttle lift. Mandatory stuff in a BMW M vehicle. On the other hand, the AMG GLC’s melodious V8 is tough to beat. 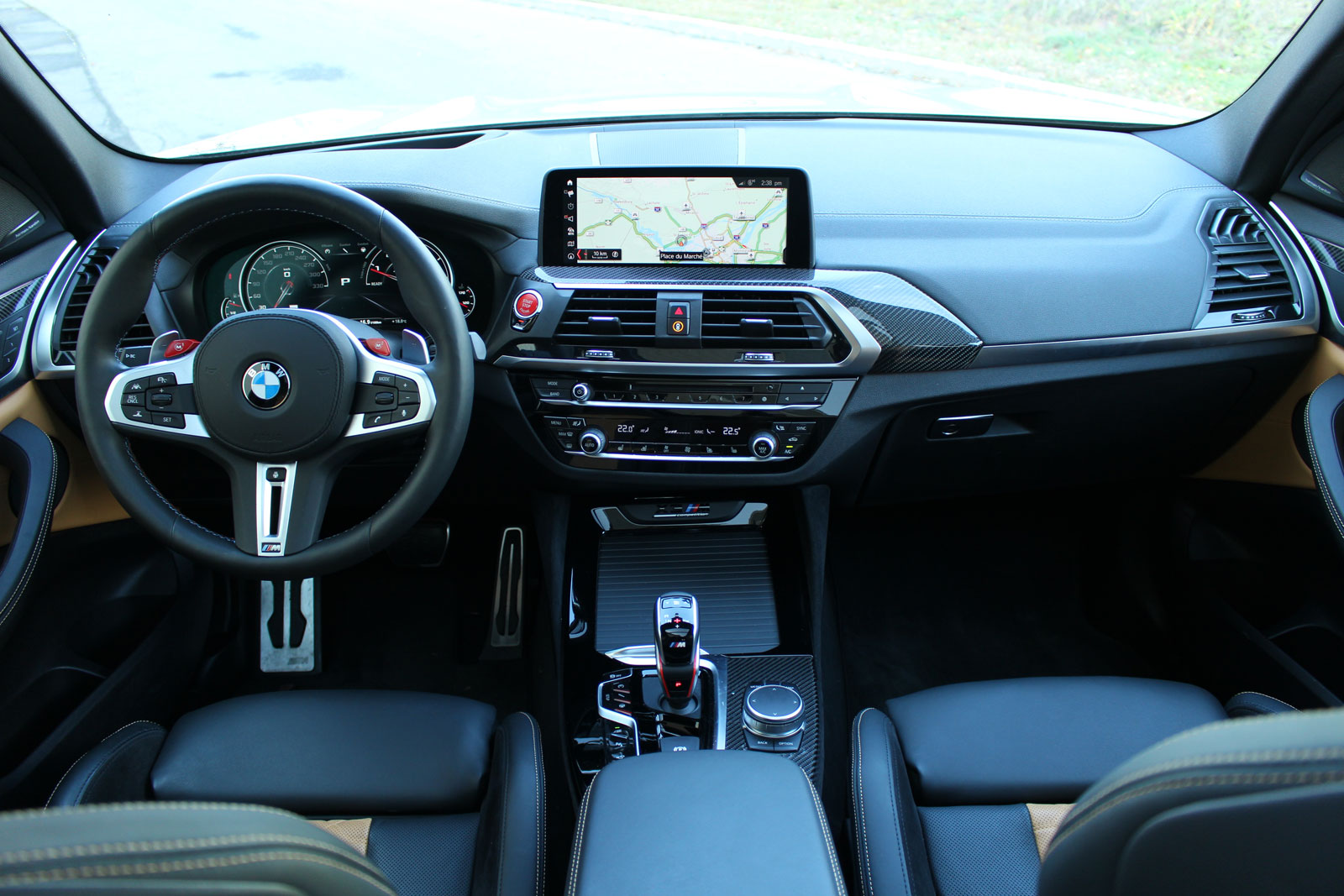 The Best on a Windy Road

The X3 M has been tuned to deliver exceptional handling characteristics, and on that front, it’s arguably the most talented in its segment for circling a race track. The speed-sensitive, variable-ratio steering makes the best out of every situation, although its quickness to react even at slow speeds takes some getting used to. Maybe a day or two.

The xDrive all-wheel drivetrain in the 2020 BMW X3 M is actually called M xDrive, and includes a 4WD Sport setting that feeds more power to the rear wheels for some drifting action, providing the feel of a rear-drive sports car, but with the added sure-footedness of AWD for the winter season.

The X3 M’s cockpit bears a tasteful design, although it’s somewhat busy with many chrome and satin trim bits spread across the dashboard. In addition to some carbon-fibre trim, we also get light-blue, dark-blue and red BMW M stitching on the steering wheel.

The latter also features two red buttons marked M1 and M2, which are actually very useful. With so many configuration options for engine, transmission, suspension and steering settings, we can customise our preferences and save two presets quickly accessed by the red buttons. Simply put, we can configure softer settings for relaxed driving on M1, and the liveliest or firmest settings for sporty driving on M2. Or the other way around.

The seats are wonderfully supportive, but we’re too not crazy about the Black/Midrand Beige color combination. Thankfully, other interior colours can be specified such as Black, Adelaide Grey (almost brown), Sakhir Orange (almost red), Ivory White and Tartufo (very brown). 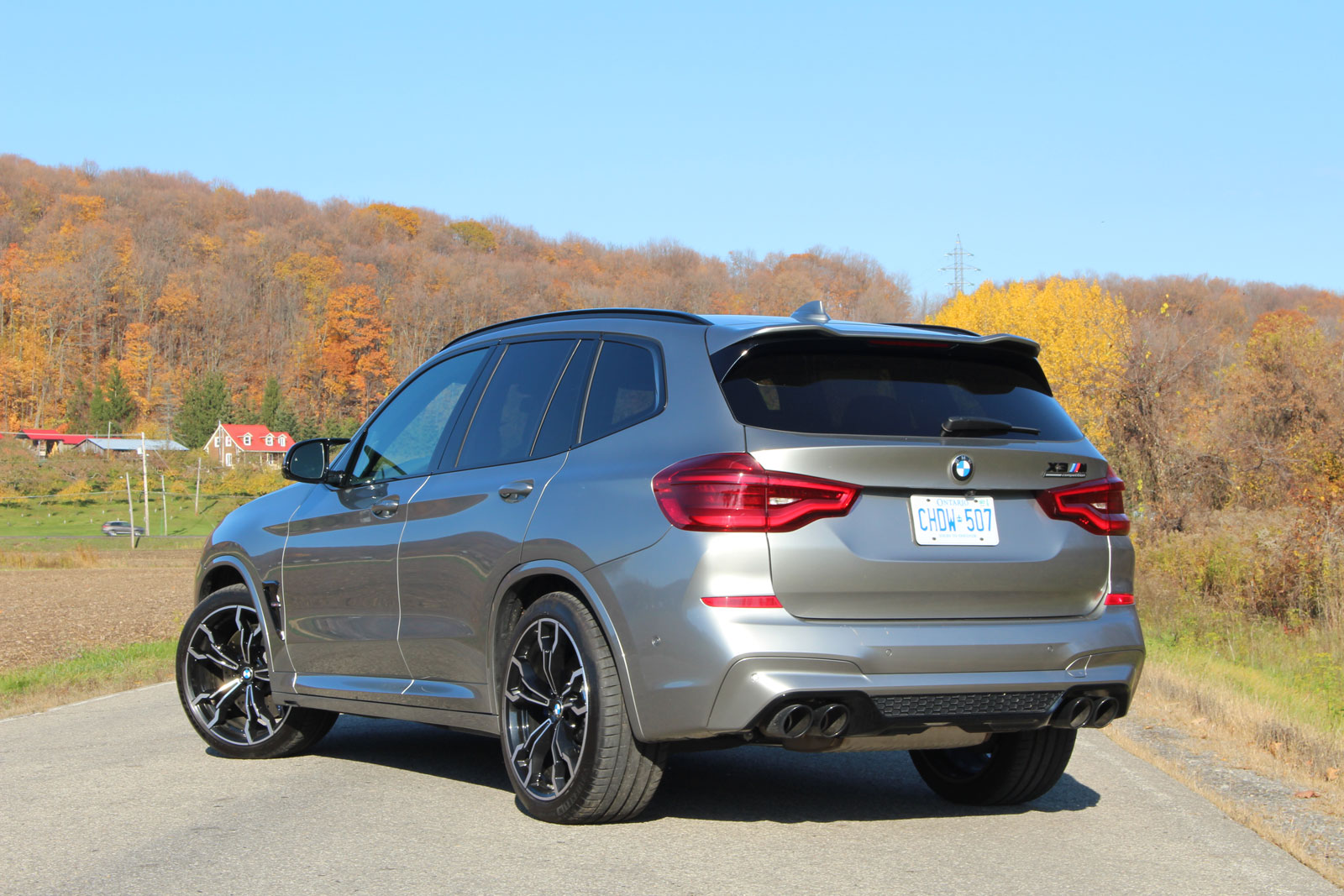 A Standout at the Cash Register

Where the 2020 BMW X3 M stands out in the segment is price. It starts at $82,700, on which a rather stiff $2,480 freight and PDI charge is added in addition to a $595 retail administration fee. Still, that undercuts its rivals by about ten grand, or more in some cases. The X3 M Competition we tested carries a $93,000 MSRP, while various options on our test vehicle pushed the final tally to $99,150.

It’s a lot of dough for a compact SUV, for sure, but it can be considered a bargain in the high-performance segment. It might not have V8-engine sounds and hey-look-at-me styling, but if dynamic driving is tops on our list of priorities, we can get this X3 M at a very appealing price.

The automaker has already signed an agreement with the federal government. Other sites in North America are still being considered. This will be...
Read more
Previous articleFully Electric Mercedes-Benz GLB Coming In 2021
Next articleElon Musk Shares Video Of CyberTruck Window Not Breaking