2020 Cadillac CT4 Aims to Please with Luxury, Sport and Value 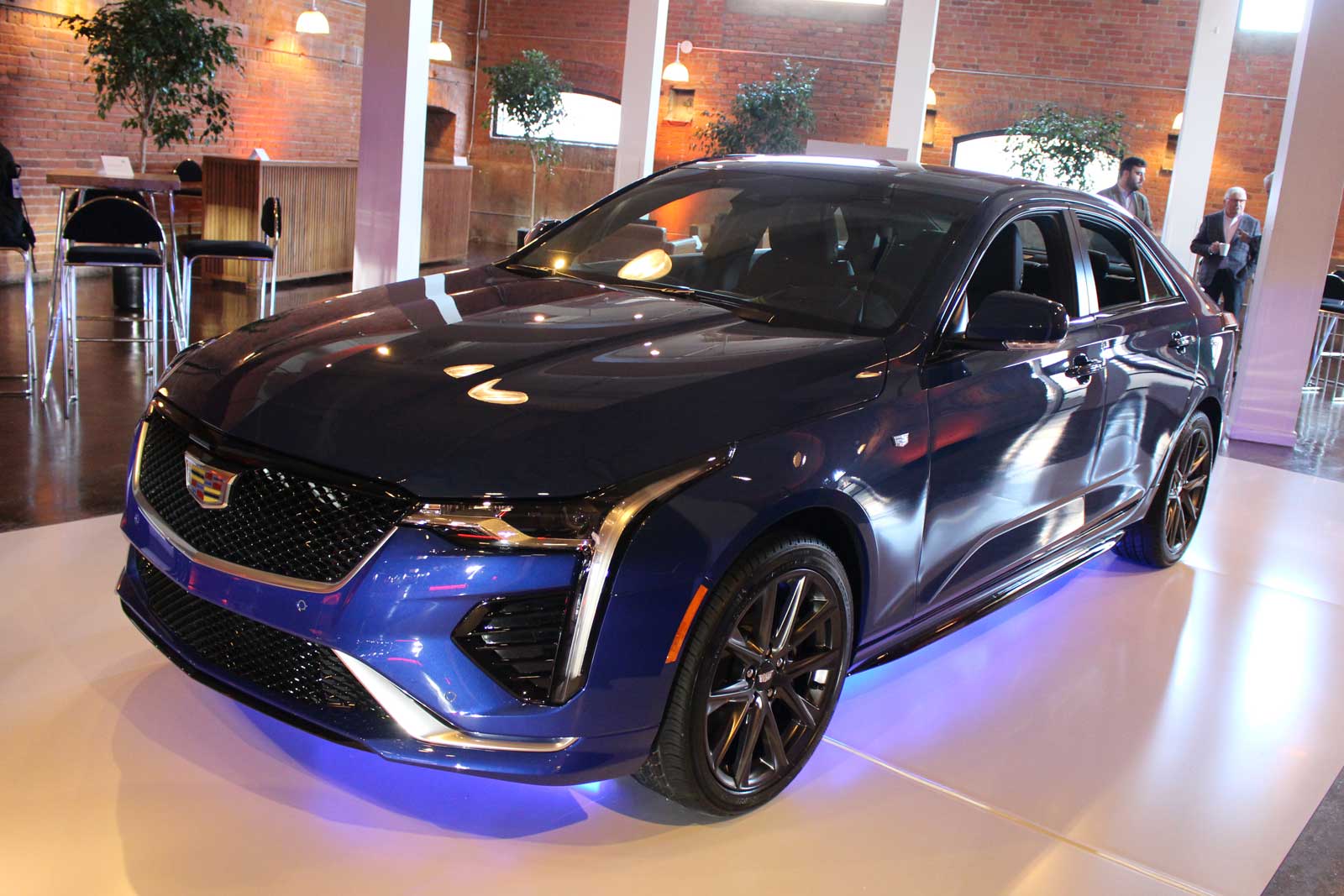 Pricing for the CT4 starts at just below $36K.

MONTREAL, Quebec – It’s interesting to see that at General Motors, Chevrolet seriously reduced its passenger-car lineup, and Buick has given up on cars altogether—moving to an all-SUV product range from 2021 onwards in Canada and in the United States. Meanwhile, Cadillac is launching not one, but two all-new cars, the 2020 Cadillac CT4 and the 2020 CT5 sedans.

True, GM’s luxury brand has already axed the ATS, the CTS and the XTS, while the flagship CT6’s production has ended for North American consumption. Replacing four models with two others may seem like a step backwards, but the company says this new product strategy broadens its market reach.

The 2020 Cadillac CT4 is obviously the smallest one of the two, and will rival the likes of the Acura ILX, the Audi A3, the BMW 2 Series as well as the Mercedes-Benz A-Class and CLA in the entry-level luxury car segment. However, the brand strongly believes that thanks to its size, this sedan can also steal some sales away from the compact lux crowd, too—which includes the BMW 3 Series, the Audi A4, the Mercedes-Benz C-Class, the Lexus IS, the Acura TLX and a few more. 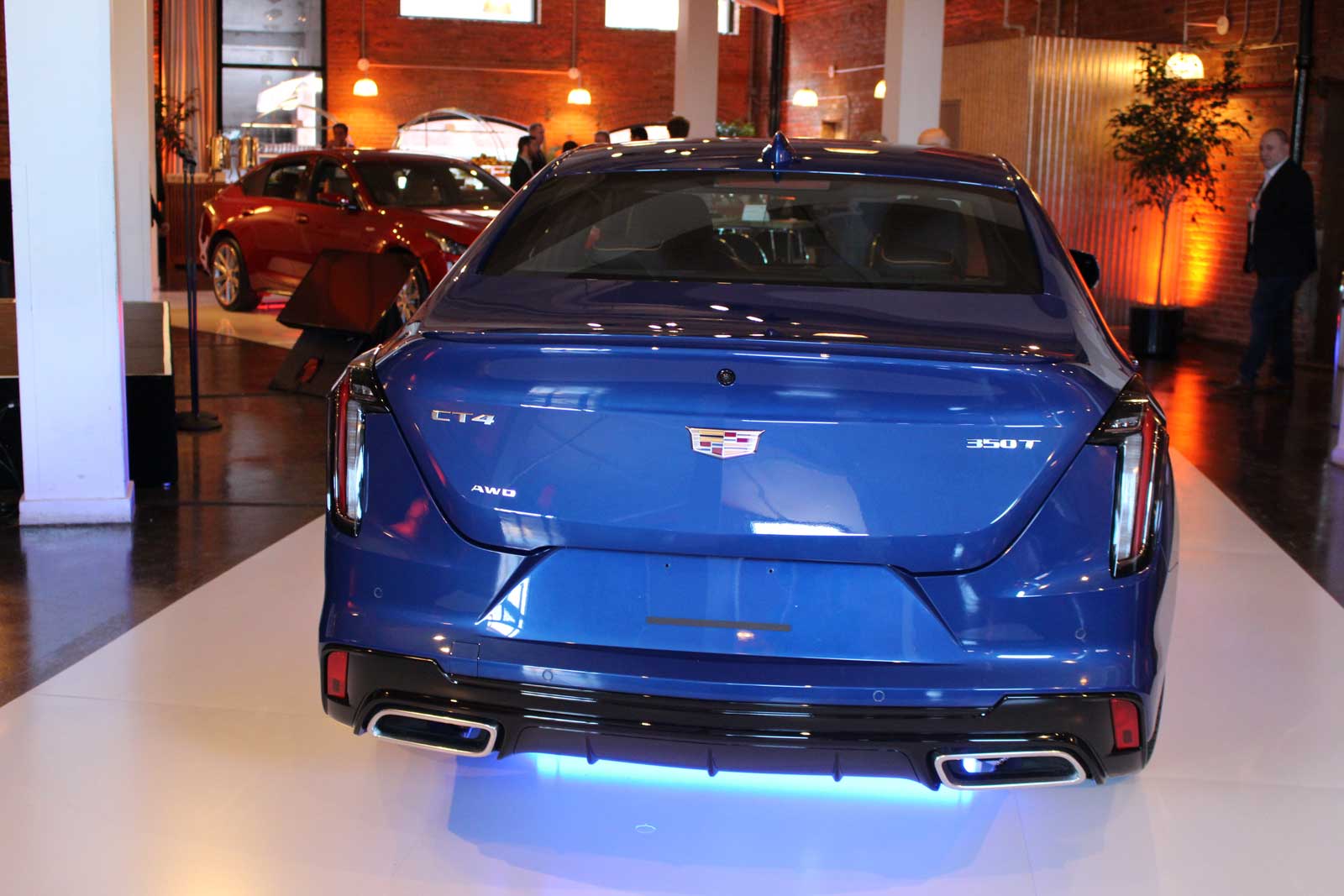 It certainly has the looks to back up its promise of performance and handling characteristics. A keen eye will notice that several body components of the Cadillac CT4 look awfully similar to those of the ATS sedan, such as the doors and the roof. However, the front and rear designs are completely different, and the car actually rides on a new Alpha 2 platform that supports rear-wheel and all-wheel drivetrains. The ATS was built on the original Alpha architecture.

As such, the 2020 Cadillac CT4 offers the sporty driving dynamics associated with RWD, just like the outgoing generation of the BMW 2 Series and the current 3 Series, for example. However, in Canada, most buyers will likely choose AWD to survive the dreaded winter season.

Cadillac’s Y trim level strategy applies to the CT4 as well. In a nutshell, there’s the base Luxury trim, and from there, consumers can choose between the more luxurious Premium Luxury variant or the performance-oriented Sport, which are identically priced. 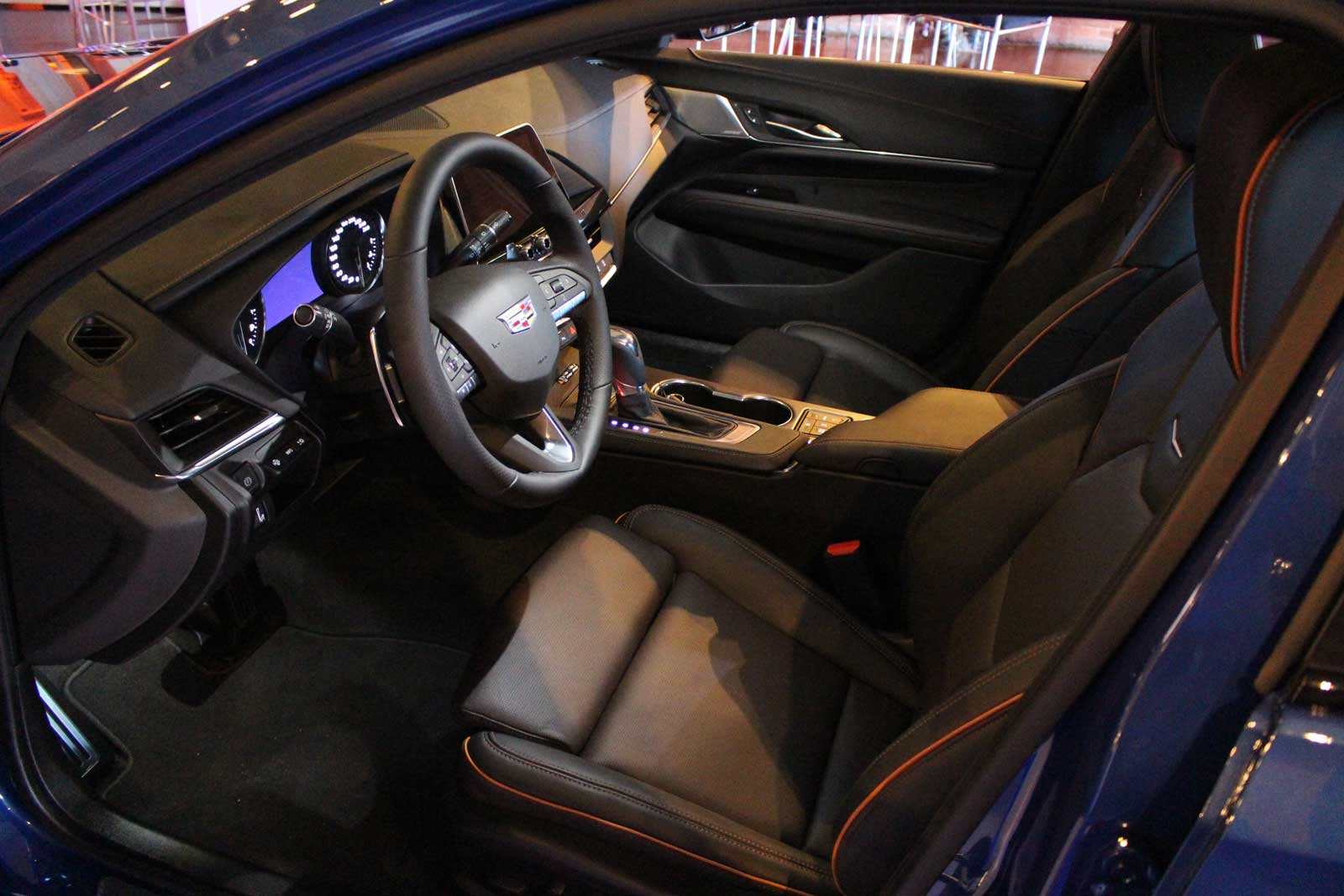 The Cadillac CT4 is equipped with a turbocharged, 2.0-litre four-cylinder engine that develops 237 horsepower and 258 pound-feet of torque, matched to an eight-speed automatic transmission. However, the Premium Luxury variant is available with a turbo 2.7-litre inline-four that produces an estimated 309 horsepower and 348 pound-feet of torque, managed by a 10-speed automatic transmission.

Oh, if you’re wondering what the new numbered badges mean on the rear ends of 2020 Cadillacs, they indicate the car’s torque rating in newton-metres—used around the world except in North America, where torque is still expressed in pound-feet. The CT4’s turbo 2.0L engine generates 350 newton-metres or Nm, so the car wears a 350T badge on its rump. 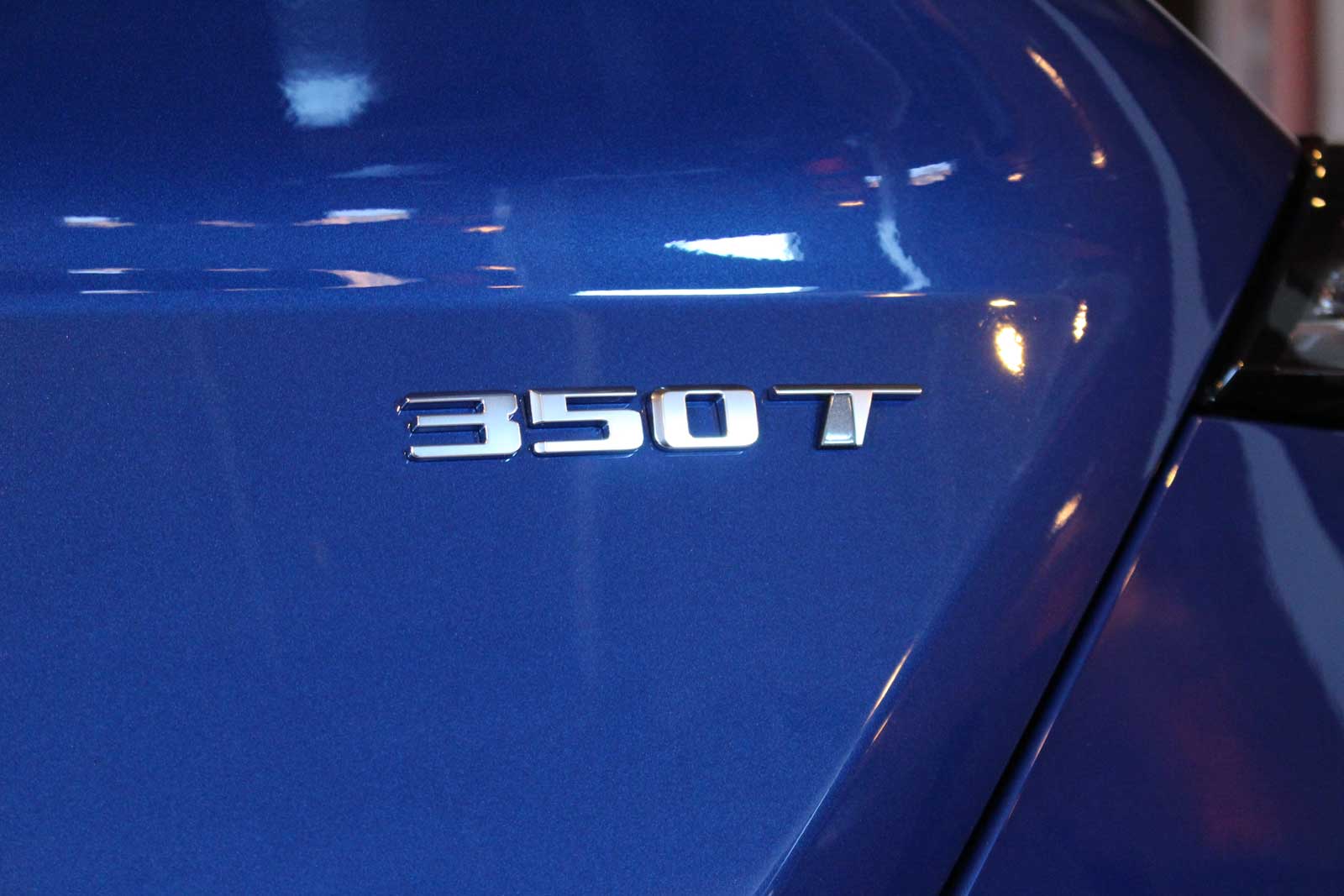 But that’s not all. A 2020 Cadillac CT4-V will also be introduced as a higher-performance version of the sedan. It will get the 2.7L engine, but retuned to produce an estimated 325 horsepower and 380 pound-feet of torque. It distinguishes itself from the CT4 Sport with a darker grille surround, quad exhaust outlets and V-Series badging.

An even more potent version of the CT4-V will be unveiled at a later date, possibly wearing the Blackwing name, but for now, we don’t know what powertrain it will carry. There are rumours that it could reuse the ATS-V’s twin-turbo 3.6-litre V6, and that a manual gearbox could be available as well.

From a driving experience perspective, the CT4-V benefits from a limited-slip rear differential, sportier chassis calibrations and Magnetic Ride Control shocks. The latter is swapped for ZF MVS passive dampers in AWD variants. In addition to the Cadillac CT4’s Tour, Sport and Snow/Ice drive modes, the V-Series cars also get a V Mode with more dynamic settings, accessible via a wheel-mounted V button. 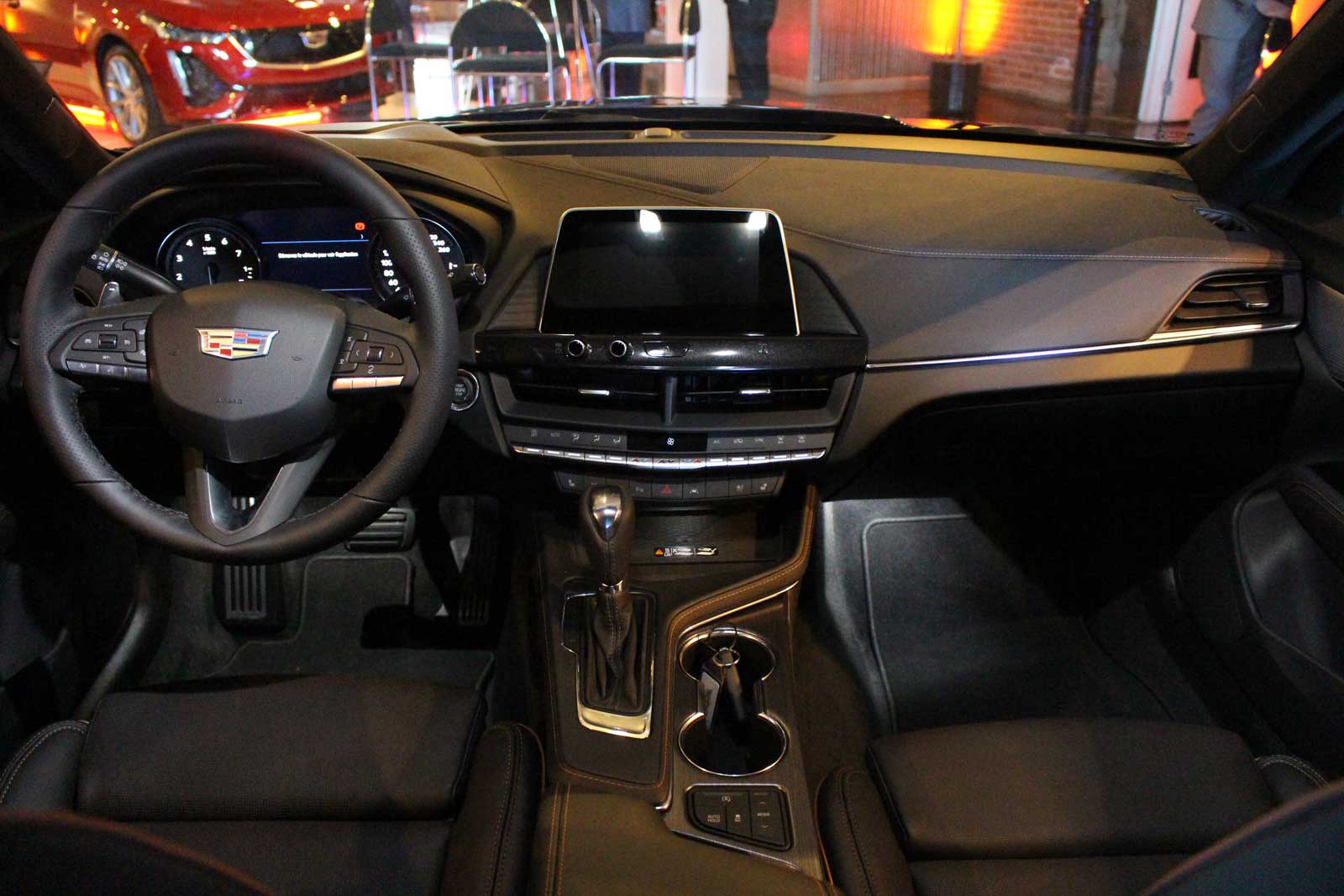 The 2020 Cadillac CT4’s cockpit includes standard features such as an eight-inch infotainment touchscreen with Apple CarPlay and Android Auto integration, while wireless phone charging, NFC Bluetooth pairing and navigaton are also available. Heated and ventilated front seats are optional, as is a lumbar massaging driver’s seat and head-up display.

Finally, Cadillac’s Super Cruise semi-autonomous highway driving system will be available on the CT4 towards the end of 2020.

The all-new Cadillac CT4 starts at $35,798 before freight and delivery charges, which undercuts the 2 Series and the CLA, but slightly pricier than base versions of the A3, the ILX and the A-Class sedan. It’s also more than $2,000 less than the base 2018 ATS sedan. The brand expects its volume seller to be the Sport AWD, which starts at a very reasonable $40,998. At the end of the spectrum, the 325-hp CT4-V is listed from $45,798.

Caddy’s smallest sedan will go on sale in Canada in March.