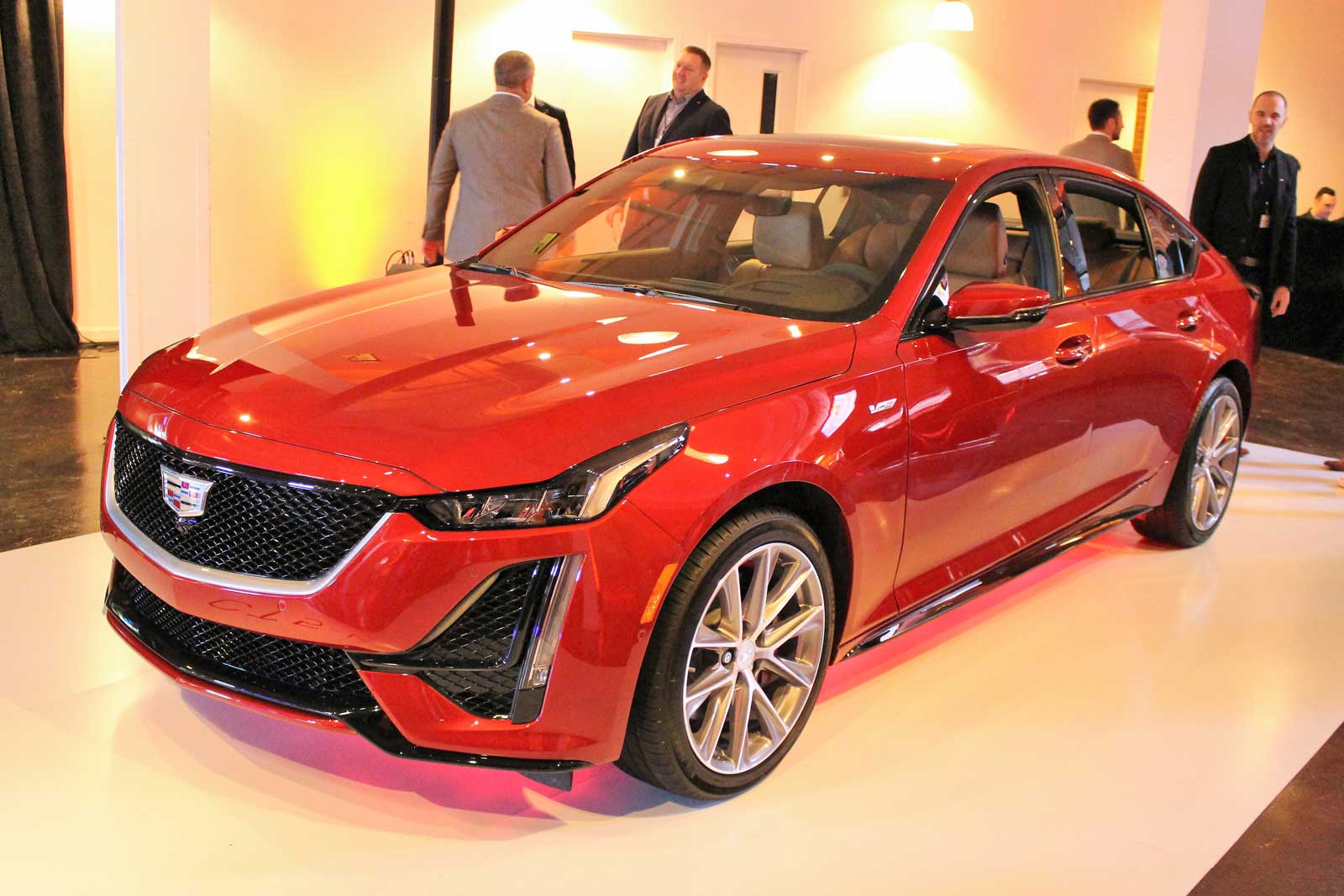 The new sedan faces tough competition, but has the weapons to put on a brave fight.

MONTREAL, Quebec – Luxury brand Cadillac seems to be on a mission lately. After launching the subcompact XT4 crossover last year, it unveiled the 2020 Cadillac CT4 and Cadillac CT5 sedans, with the latter just arriving in dealerships. The midsize three-row XT6 has been in the market since last fall.

In addition, the refreshed Cadillac XT5 is now available, and next month, the next-generation Cadillac Escalade will be officially unveiled, although leaked images of the full-size SUV swirled around the web a few weeks ago. Pretty soon, what will be the oldest model in the brand’s lineup? The XT4, before it blows out the two candles on its birthday cake.

2020 Cadillac CT4 Aims to Please with Luxury, Sport and Value

That’s an impressive product turnaround, although the fact that Cadillac successively killed the ATS, the CTS, the XTS and the CT6 sedans helped keep things fresh. Thanks to a four-model utility vehicle portfolio, Cadillac Canada saw its overall 2019 sales climb by 0.2%, but at the retail level, the increase was 3.6%. It also recorded its best-ever retail fourth quarter in history. It’s hard to go wrong with a complete lineup of SUVs. 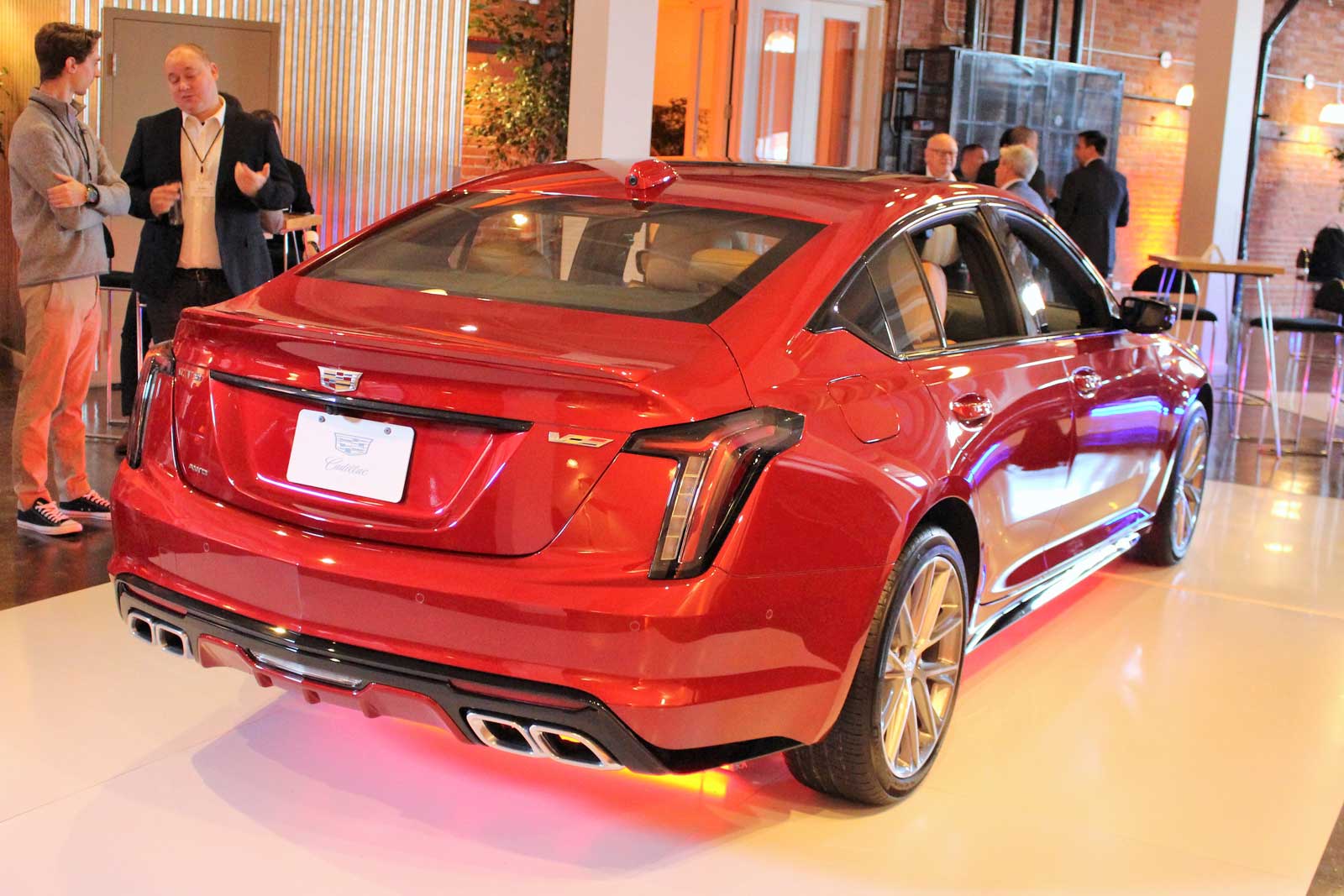 The brand is also determined to make 2020 its best year ever, and if it succeeds, it will clobber a sales record that dates back to… 1979. Hard to imagine a malaise-era trio of luxobarges consisting of the DeVille, Fleetwood Brougham and Eldorado helping Cadillac achieve its best-ever year throughout its storied history.

Let’s get back to the 2020 Cadillac CT5, which is an important car for Cadillac, despite a market that now largely favours SUVs. It will mostly compete against German adversaries such as the Audi A4, the BMW 3 Series and the Mercedes-Benz C-Class, but also the Infiniti Q50, the Volvo S60, the Acura TLX, the Lexus IS and the Genesis G70.

However, the brand says the CT5’s dimensions might also entice thrifty midsize luxury sedan buyers looking at the Audi A6, the BMW 5 Series and the Mercedes-Benz E-Class. We’ll see how that goes, but you can’t blame Cadillac for being optimistic. 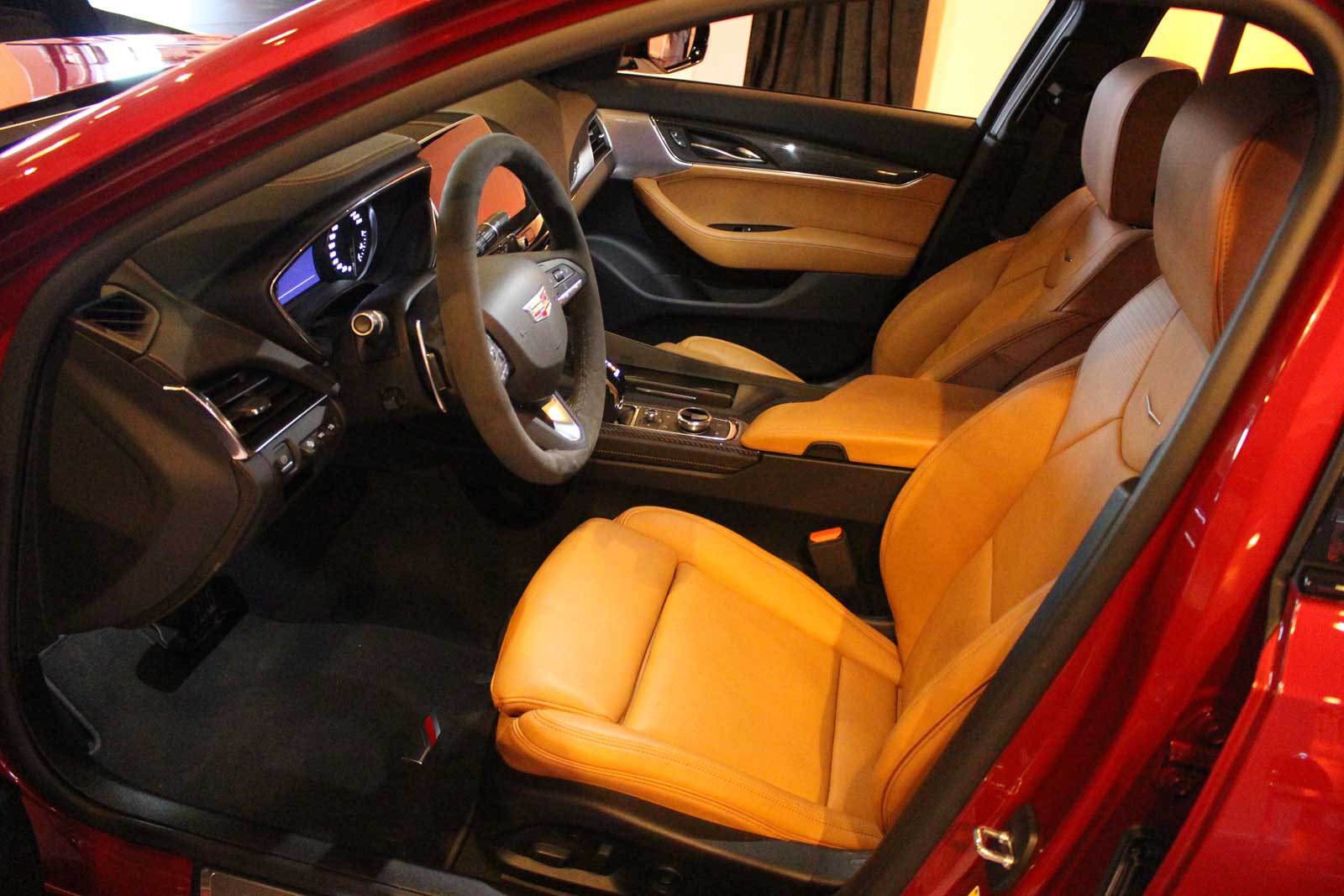 On the other hand, the 2020 Cadillac CT5 has a lot going for it, starting with a sophisticated and modern design that should please this type of clientele. Thanks to the company’s Y trim level strategy—which consists of the base Luxury variant, and just above, the more elegant Premium Luxury and the flashier Sport, which both cost the same. Simply put, some buyers prefer a classier approach to luxury, while others tend to favour a more athletic appearance.

The crown jewel for now is the CT5-V, a higher-performance variant of Cadillac’s new sedan that boasts a twin-turbo, 3.0-litre V6 that should develop 360 horsepower and 405 pound-feet of torque, mated to a 10-speed automatic transmission and the choice between rear-wheel and all-wheel drivetrains. 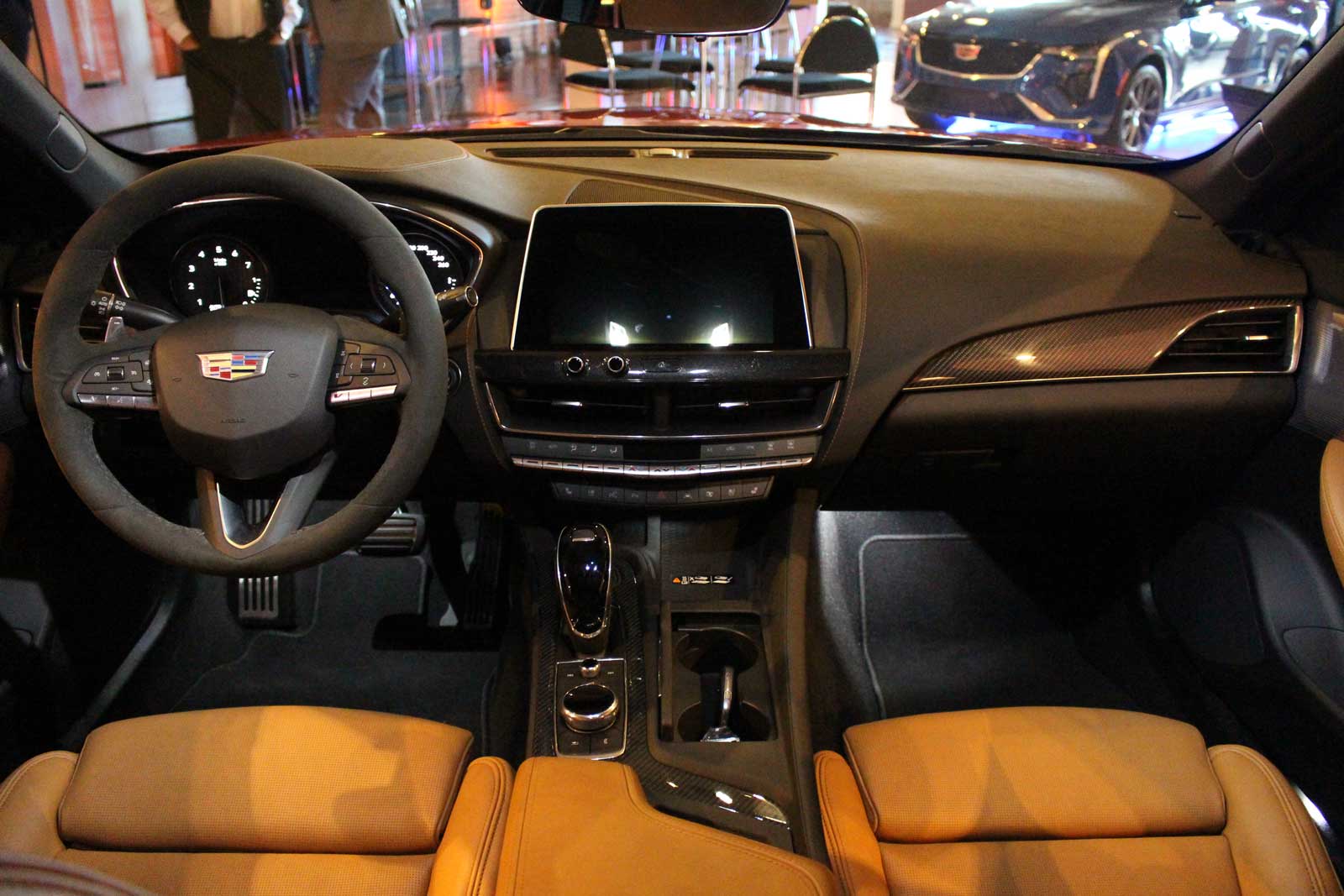 It stands out with a dark carbon grille finish, quad exhaust outlets and V-Series badging, in addition to offering a sportier driving experience, of course. The CT5-V also includes a wheel-mounted V Mode button, allowing the driver to quickly access pre-configured suspension, steering and gearbox settings. According to the manufacturer, it accelerated from 0 to 60 mph (0-96 km/h) in 4.8 seconds.

Wait. How can a 360-hp CT5-V replace the almighty Cadillac CTS-V in the brand’s portfolio, which sent a thunderous 640 horsepower to its rear wheels? Well, it doesn’t. There will be an even hotter CT5-V with a yet-unconfirmed engine, likely a force-fed V8. It might be the CT6-V’s 4.2-litre Blackwing twin-turbo eight, or a supercharged 6.2-litre V8. The car could even wear the Blackwing name, but all this needs to be announced by General Motors.

Meanwhile, the tamer variants of the 2020 Cadillac CT5 rely on a turbocharged 2.0-litre four that develops 237 horsepower and 258 pound-feet of torque, good for a 0-60 mph sprint of 6.6 seconds. The Premium Luxury can also be equipped with a detuned version of the CT5-V’s biturbo six, rated at 335 hp and 400 lb.-ft, providing a 0-60 time of 5.0 seconds. Again, all trims will offer RWD and AWD configurations. 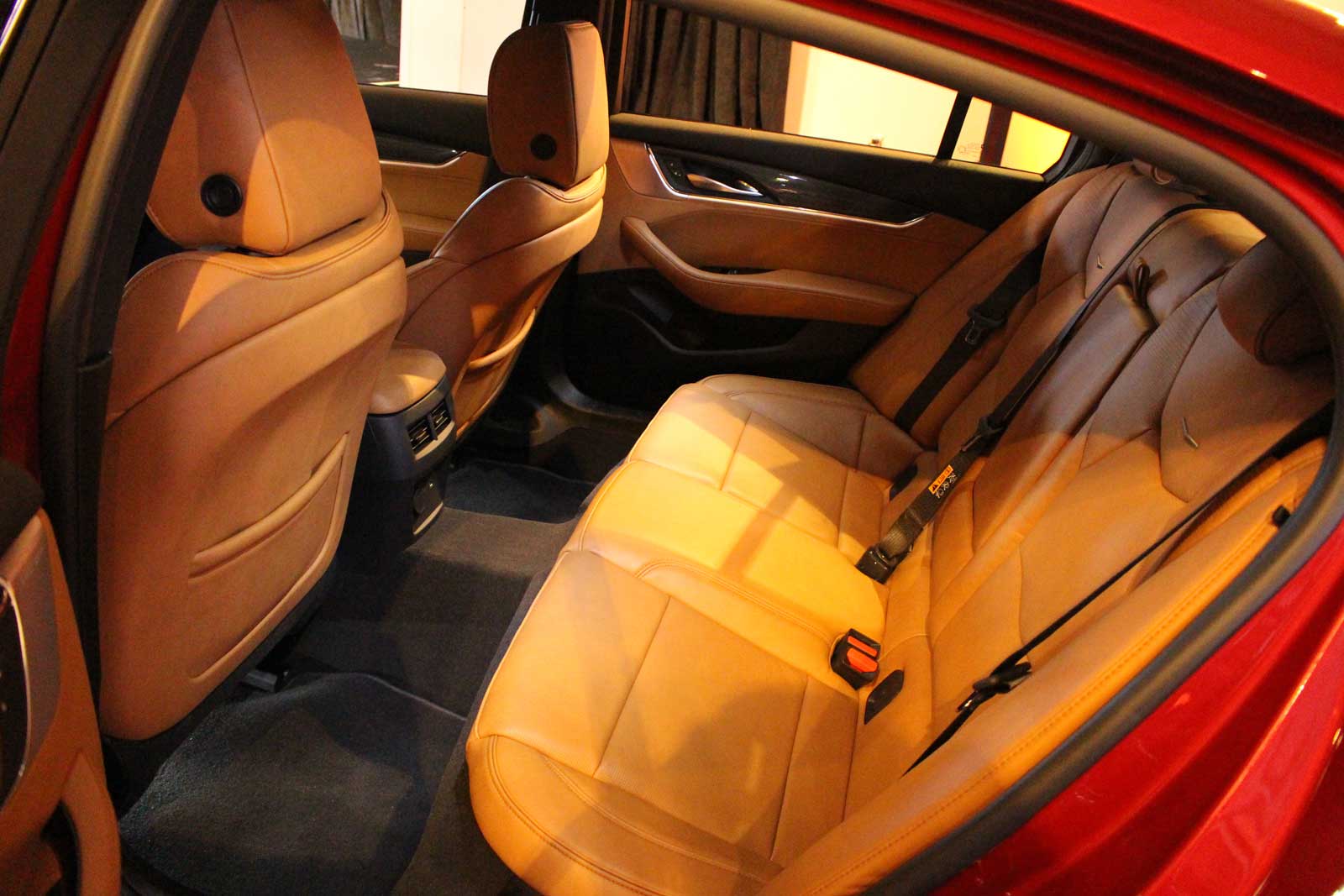 A Platinum Package can be added to all but the base Luxury variant, which piles on semi-aniline leather, a dual-pane power sunroof, a seat massaging feature for the driver and many other comfort and convenience items. It requires a few other packages, which means we have to spend more than $12K to get a loaded CT5. 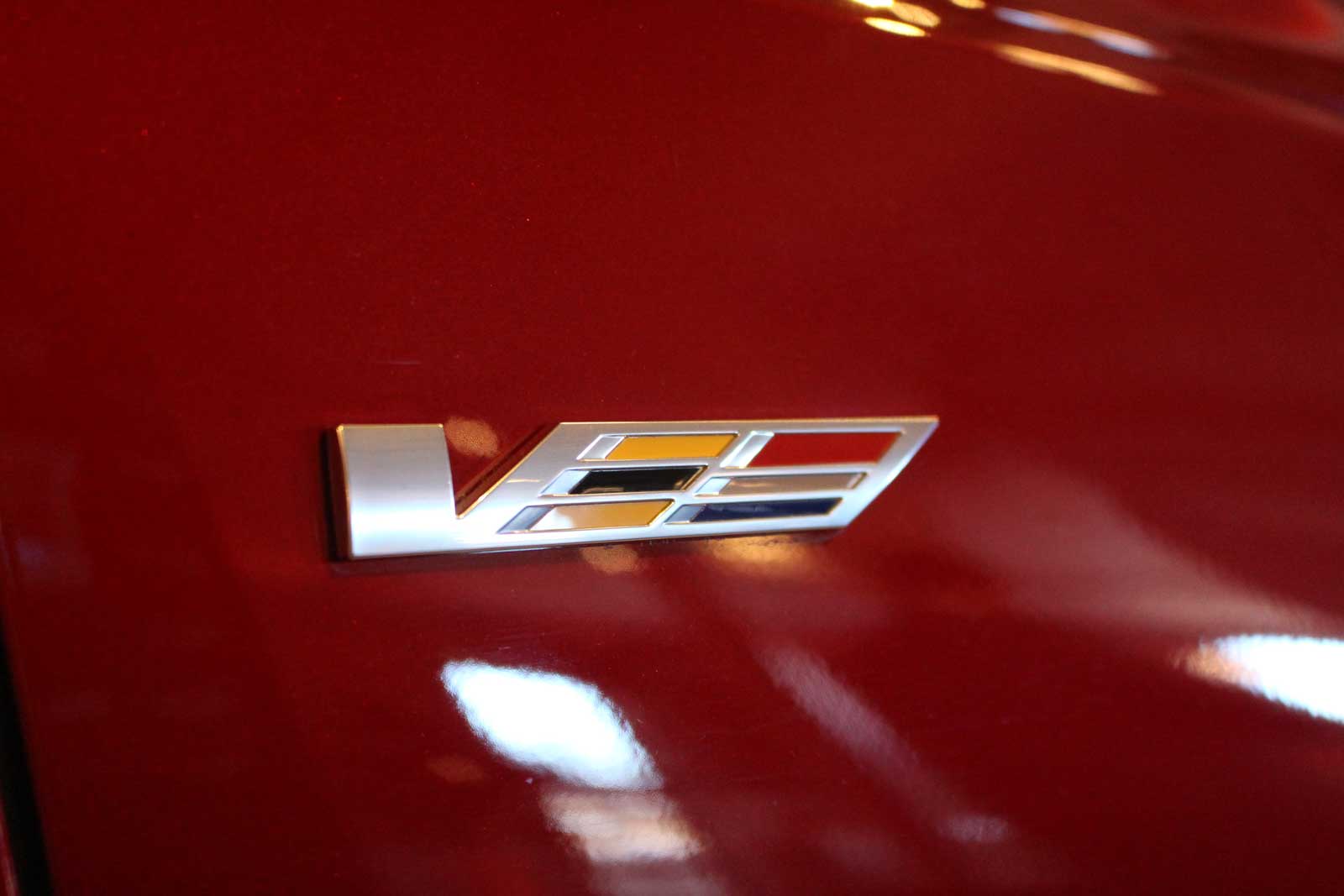 Since we’re on the subject of pricing, the 2020 Cadillac CT5 starts at $39,798 before freight and delivery charges, while Premium Luxury and Sport editions are listed at $42,798. The CT5-V’s MSRP starts at $48,798. That’s a very reasonable sum for a luxury sedan with driving dynamics baked right in, and it’s one of the most affordable cars in its class. The CT5-V is quite a deal, if we dare compare it to a BMW M340i, an Audi S4 and a Mercedes-AMG C 43 4MATIC.

Can Cadillac appeal to a broader audience with this new CT5 and the slightly smaller CT4, than with its four now-discontinued sedans? It’s hard to tell for now, but at least the two cars are more directly lined up to the competition, unlike the CTS, the CT6, and especially the XTS. Maybe 2020 will turn out to be Caddy’s best year ever. We’ll know soon enough.

The paint’s barely dried on the C8 and we’re already on the C9. Although still relatively rare, the C8 launched for the 2020...
Read more
Previous articleThe Many Exotics of Tokyo Auto Salon 2020 in Pictures
Next articleMost Popular SUVs and Trucks in Canada in 2019