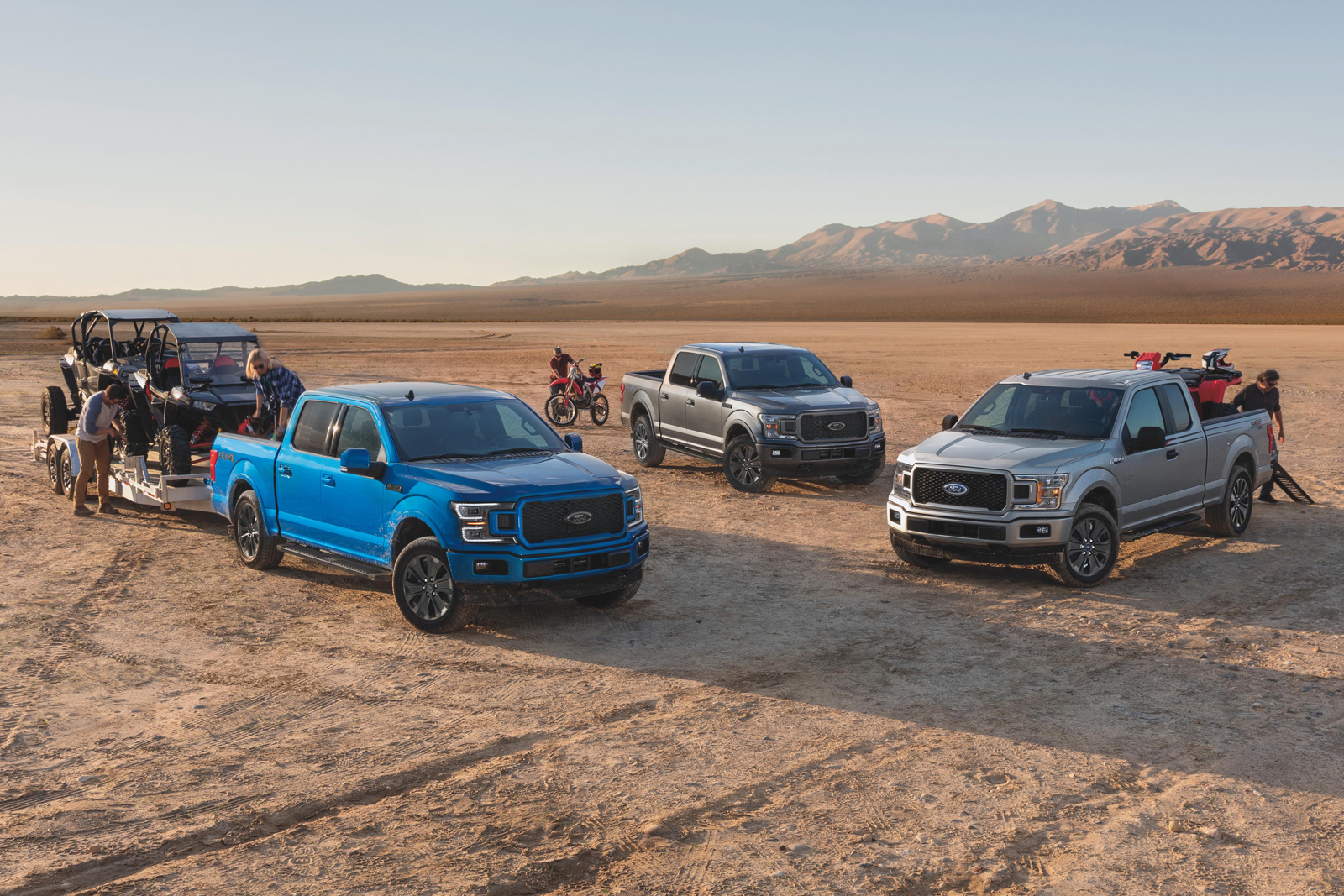 It isn’t the best-selling vehicle in North America for nothing.

The Ford F-150 has been North America’s best-selling vehicle for quite a while now, and although its dominance can be explained by many reasons, the competition has likely never been so good. With the redesign of the Ram 1500 as well as the Chevrolet Sierra 1500 and GMC Sierra 1500 corporate cousins for the 2019 model year, the gap is narrowing between them and the 2020 Ford F-150 on the sales charts.

To keep its full-size pickup in the lead, Ford will soon introduce a 2021 model with refreshed styling, a reworked interior, new technology and a hybrid powertrain. For now, the 2020 Ford F-150 soldiers on with minimal changes that mostly concern equipment package reshuffling and exterior colour swaps. 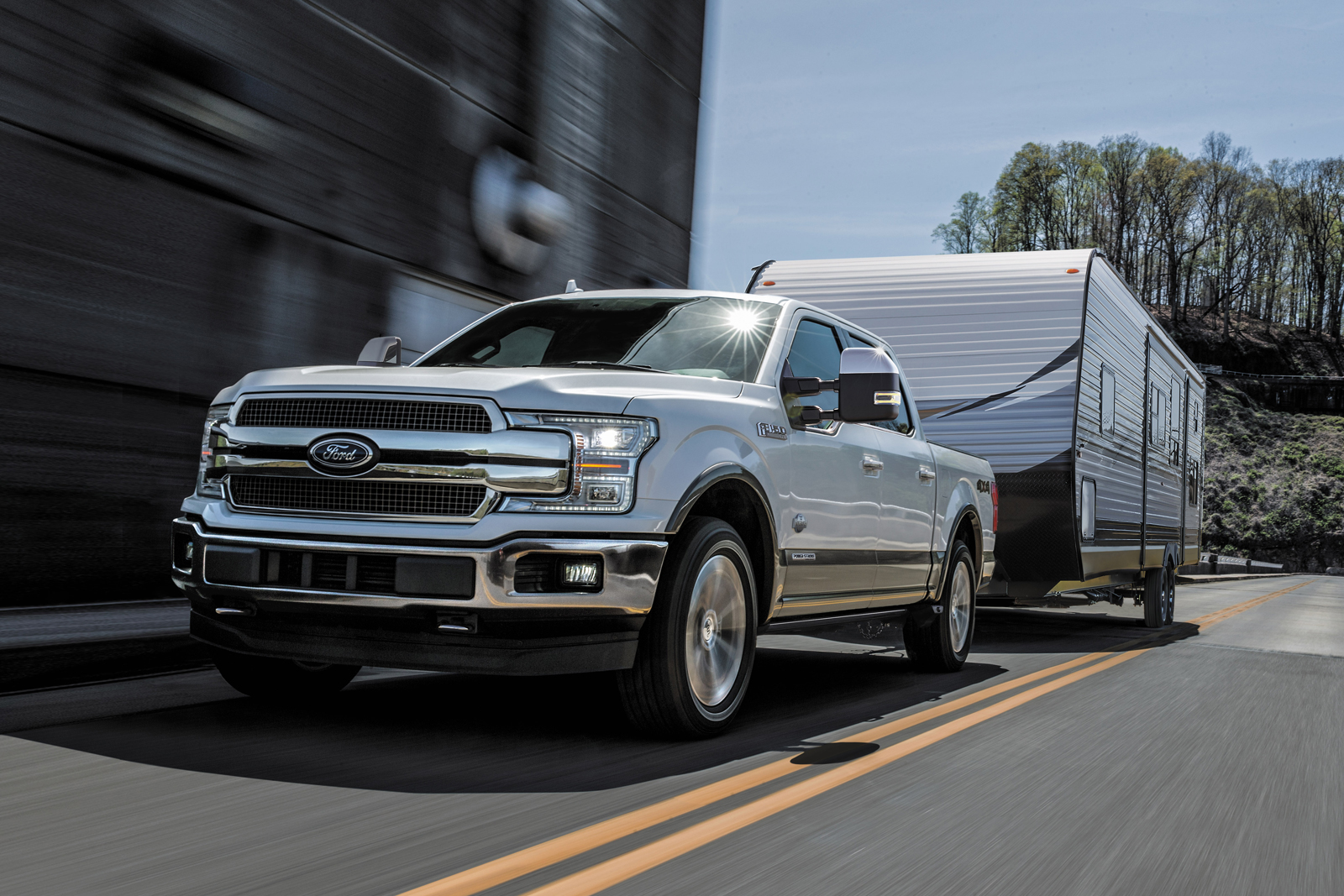 Once again, the truck’s lineup is available in one of seven trim levels, in addition to various appearance and convenience packages. The entry-level XL and value-minded XLT can be specified in Regular Cab (with medium and long beds), SuperCab (with medium and long beds) and SuperCrew (with short and medium beds), while the Lariat and the Raptor can be had in SuperCab and SuperCrew configurations. The luxurious King Ranch, Platinum and Limited are only offered with the SuperCrew cab.

Popular appearance and mechanical packages include FX4 Off-Road, STX, XTR and two trailer tow setups, while uplevel trims can be equipped with power-retractable running boards. The 2020 Ford F-150 also offers a slew of accessories to make the work day or weekend adventure easier, such as kick-out box side steps, a cargo management system with locking cleats, a pickup box extender, mirror-mounted spotlights, stowable loading ramps and a pull-out tailgate step.

While XL and XLT trims serve up more rugged cloth upholstery and a minimum set of comfort and convenience features, leather seating and items such as heated front and rear seats, a heated steering wheel can be found in the Lariat grade and up. A dual-panel panoramic sunroof, a 360-degree camera system and a 10-speaker B&O stereo are available as well. All but the XL trim gets Ford’s SYNC 3 touchscreen infotainment system with Apple CarPlay and Android Auto integration. 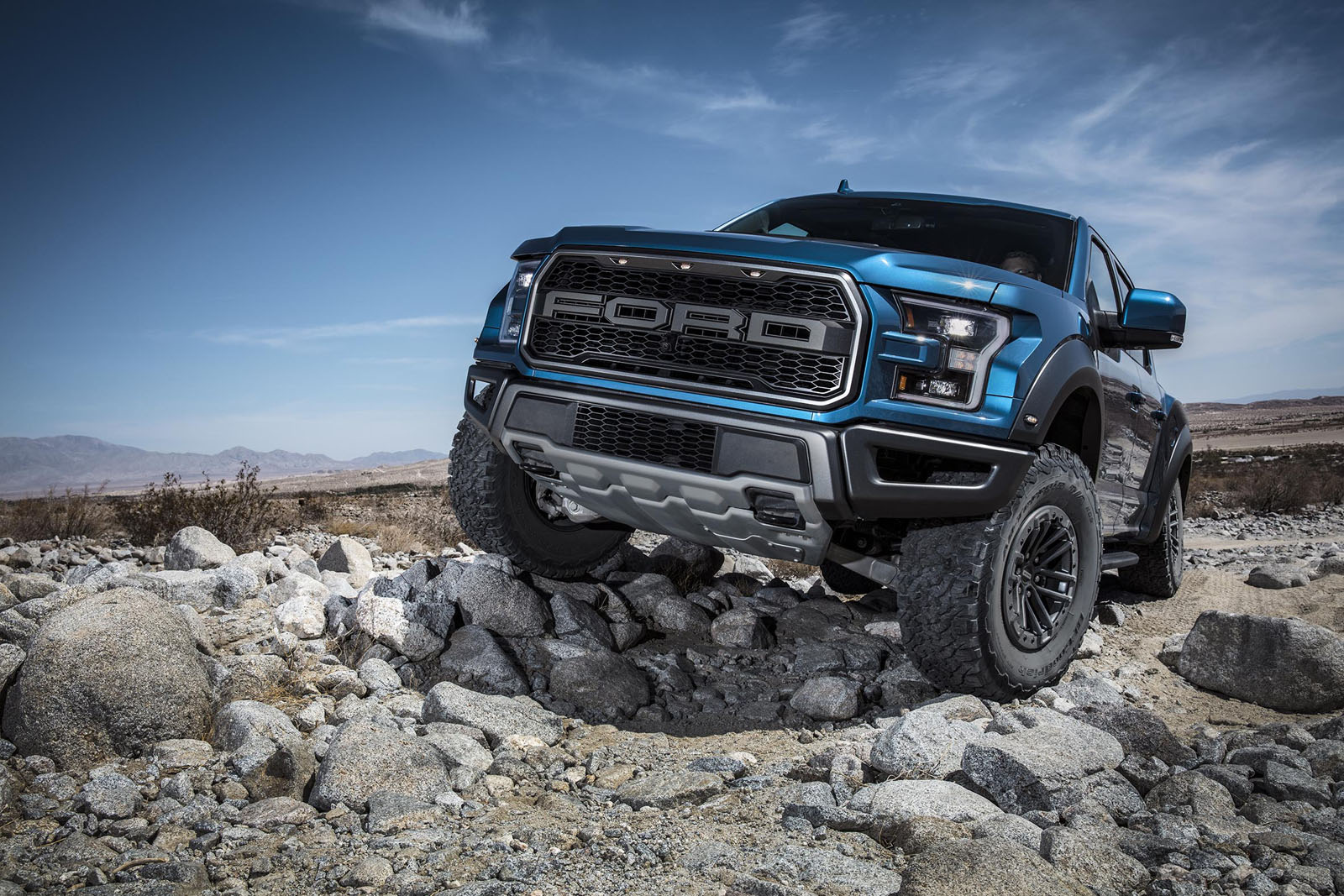 There’s an F-150 for just about everyone, which is the main reason why so many people buy it each year. With so many trim levels and packages, powertrains and accessories, this truck can serve as a workhorse, a weekend warrior and a luxury vehicle all in one. However, the competition has caught on to this strategy, and the huge sales gap between Ford and rivals General Motors and Ram has recently narrowed.

The 3.5L EcoBoost V6 has been widely regarded as a powerhouse of an engine, and it’s the one that provides the 2020 Ford F-150 with the greatest towing capacity. There have been some reliability issues in the past, as many owners have had to get the turbochargers replaced, but Ford seems to have cured the problem since. The 2.7L EcoBoost engine also provides an excellent balance of power and fuel economy. That said, we’d choose the 5.0L V8 for long-term ownership.

The towing and payload ratings mentioned above are class-leading, despite the F-150 being an older product compared to the other Detroit Three brands. The Ford actually dominates in regards to payload capacity. Actually, the only rating the F-150 can’t match is the Ram 1500 EcoDiesel’s 12,560-lb. tow capacity.

The 2020 Ford F-150’s aluminum body panels make it lighter than its competitors, but not by much. However, its lower weight results in good handling and an overall more agile vehicle for its size.

The F-150 relies on many clever features to stand out, such as the aforementioned adjustable mirror spotlights, the tailgate step and the loading ramps that can easily be stored on the inside of the bed sides. Not the mention the Pro Trailer Backup Assist system that helps during reversing manoeuvres for less-experienced drivers.

The Ford F-150 Raptor is a desert-running beast that’s unique in its category, and has been for quite a few years now. It definitely looks the part with its aggressive front fascia, its widened fenders and its lifted suspension that includes FOX Live Valve Racing Shox shock absorbers. It also gets a rock crawl drive mode and an exclusive interior treatment. 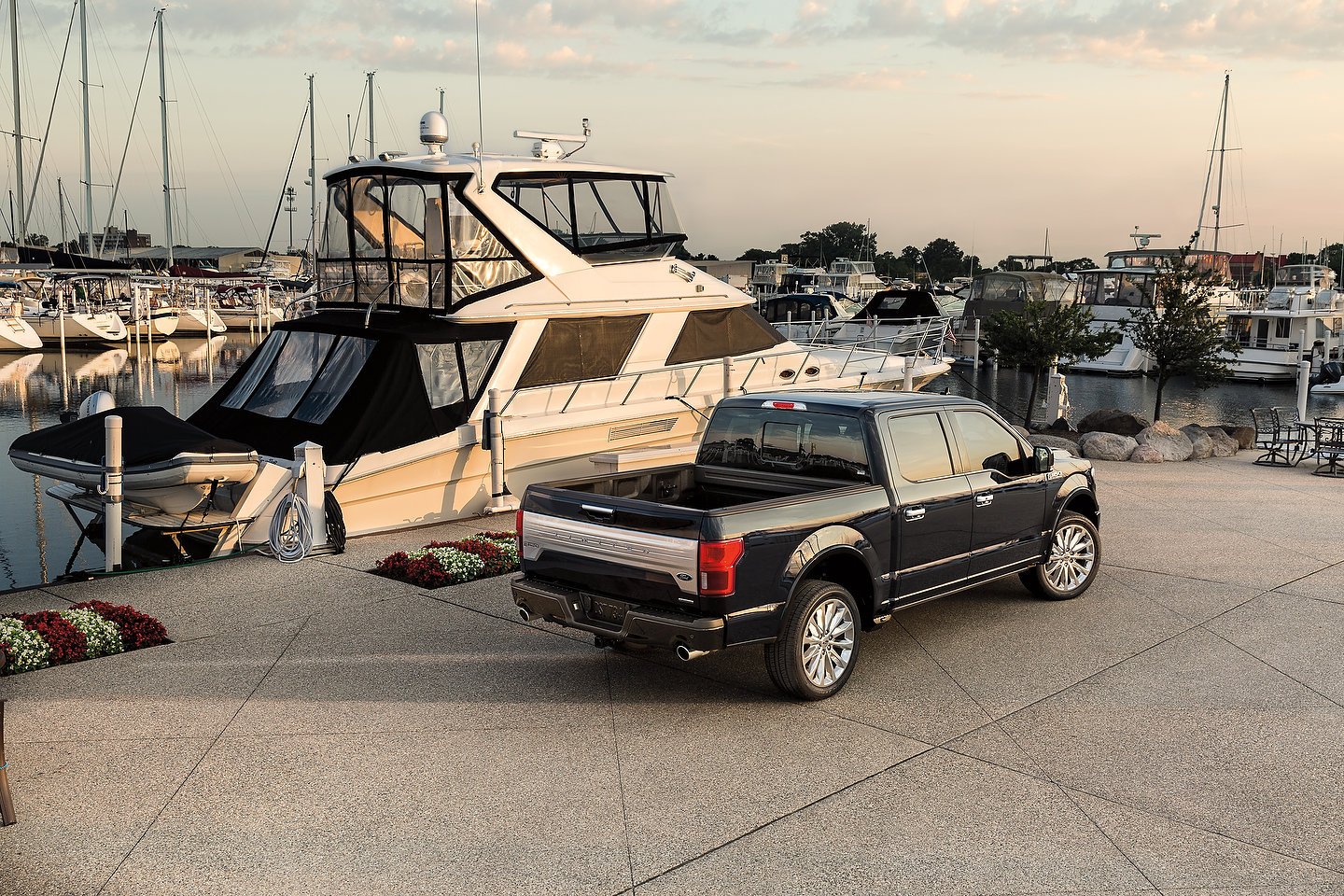 Although the F-150 offers good ride quality, the Ram 1500 with its optional air suspension is more refined on the road, and the GM trucks have also caught up after moving to a new, more modern platform. On countryside roads, we also notice a little more head toss in the Ford than in its competitors.

Some variants of the 2020 Ford F-150 are costly, such as the Limited and the Raptor. The pickup’s base price is set at a competitive $32,339 before freight and delivery charges, but if we get carried away with trim and option packages in the Raptor, we’ll end up with a $100K invoice.

While Ford’s SYNC 3 infotainment system is easy to use while driving and packed with connectivity features, in addition to boasting a powerful voice recognition system, it isn’t better than GM’s latest system, and pales in comparison to Ram’s top Uconnect unit with its 12-inch touchscreen.

The posh King Ranch, Platinum and Limited variants are dressed up for a night on the town, but the Ram 1500 Limited’s interior design and finish are a cut above.

The F-150’s reliability record is far from perfect. In fact, Consumer Reports gives Ford’s pickup a score of 1 out of 5, citing transmission and drivetrain problems in addition to in-car electronic system problems. That said, GM and Ram’s products aren’t any better, and only the Toyota Tundra has a good reputation for reliability with a CR score of 4/5. 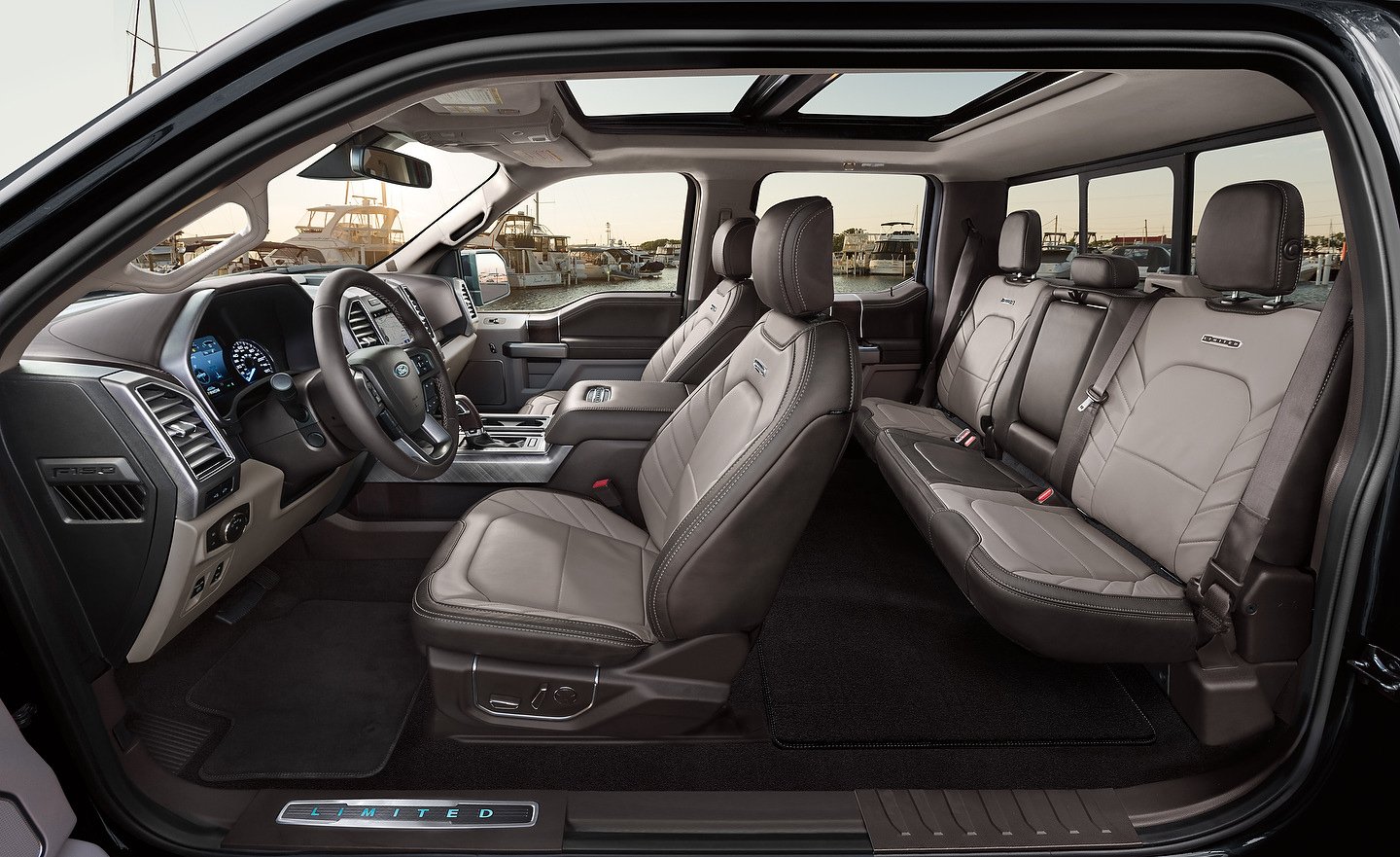 Despite it being the oldest full-size pickup among the Detroit Three—the second-generation Nissan Titan was launched in 2015 and the second-gen Toyota Tundra hit the market way back in 2006—the 2020 Ford F-150 remains a very competitive product because the current-generation model was a game-changer when it arrived on the scene in 2014.

It’s easy to find an F-150 to suit our tastes and needs, it boasts class-leading capacities in almost all aspects, and it’s competitively priced, too.

However, GM and Ram have caught up, and have some tricks of their own up their sleeve to lure buyers away from Ford. Which isn’t easy, given how loyal truck owners are to their respective favourite brands. Until the new and improved 2021 model comes along, the 2020 Ford F-150 is a mighty fine product with strong qualities and minor drawbacks.

The legendary endurance race takes place in Newfoundland, Canada. It happens between September 14th and 21st. This year's Targa Newfoundland will host a competition...
Read more
Previous articleFerrari Will Still Reveal Two New Models In 2020 Despite The Pandemic
Next articleVolkswagen: Rough Start, Rocky Middle, No End In Sight No Matter What