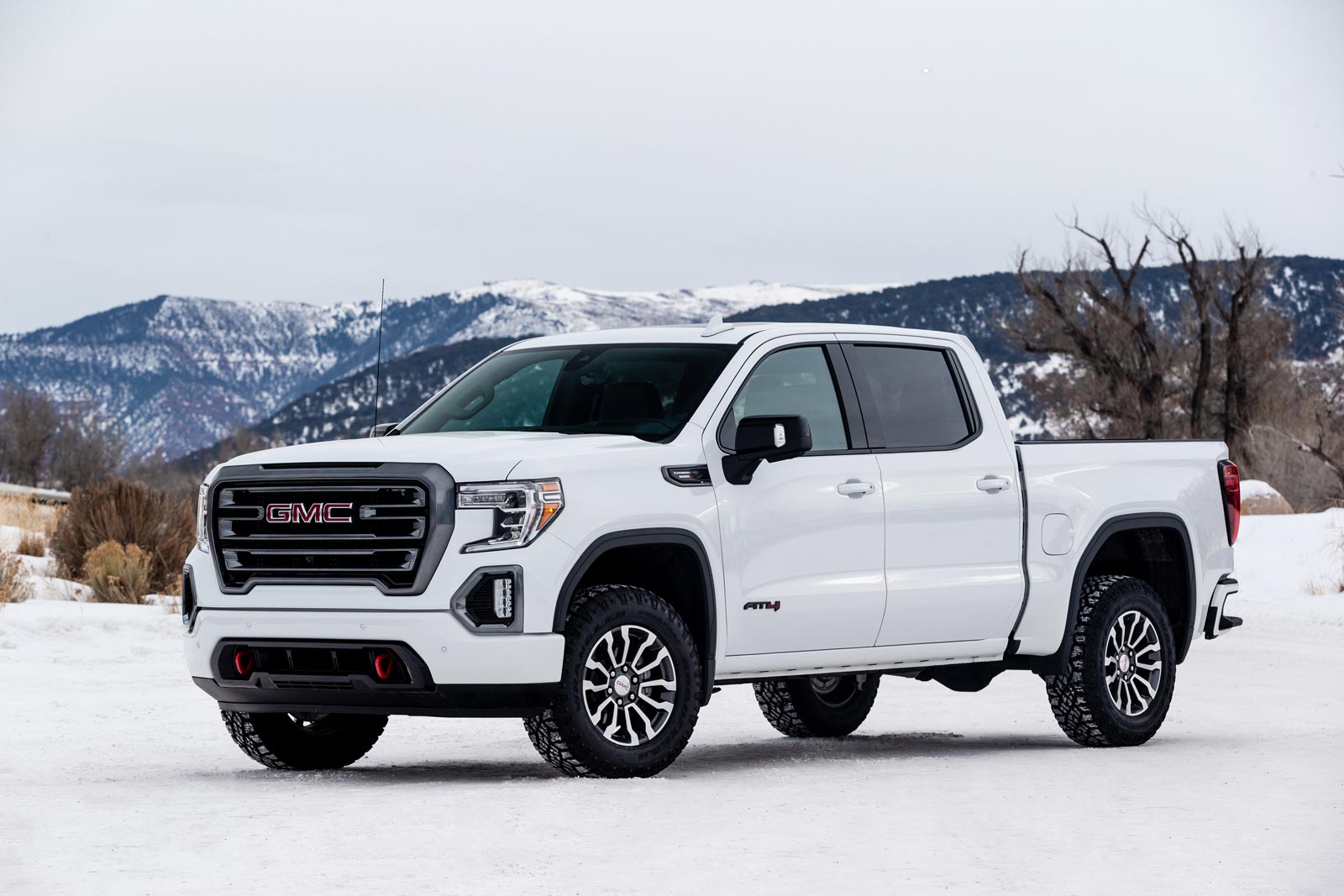 The AT4 and the Denali variants are very popular right now—and the priciest.

After its major redesign for the 2019 model year, the GMC Sierra 1500 rolls into 2020 with a few equipment additions and option package changes, but the biggest news if the arrival of a new diesel engine. In addition, the 2020 GMC Sierra 1500 lineup no longer includes the previous-generation truck, which was sold alongside the new one as the Limited.

There are six trim levels to choose from, including base Sierra, SLE, Elevation, SLT, AT4 and Denali. They’re all available with the popular Crew Cab configuration in short and medium bed lengths, while the long-bed Regular Cab can also be dressed up in base trim, and the medium-bed Double Cab isn’t available in Denali trim. 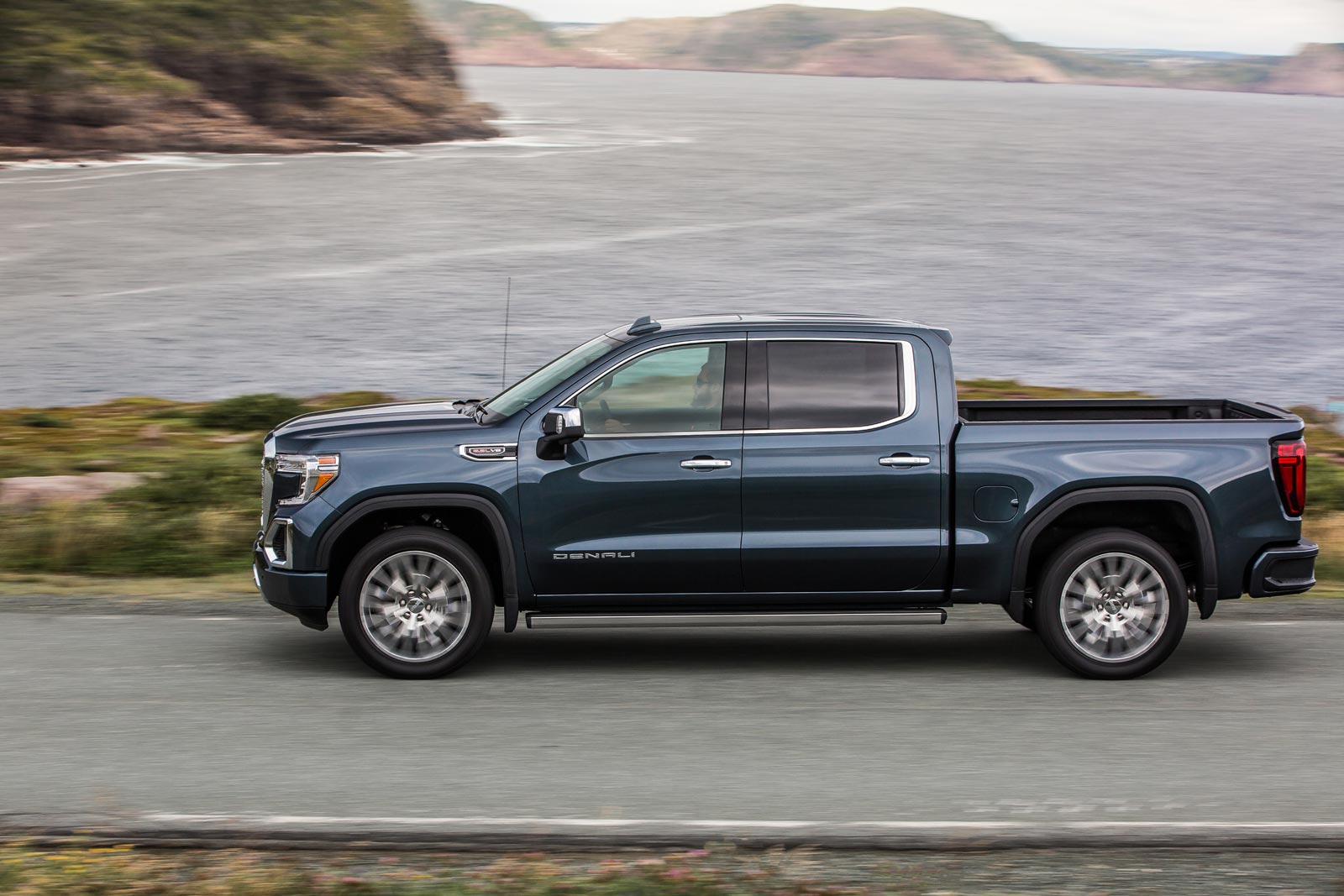 The base powerplant is a 4.3-litre V6 that develops 285 horsepower, but most buyers will likely go for the 5.3-litre V8 that produces 355 horsepower, and is offered in two variants. The first one is mated to a six-speed automatic and is equipped with Active Fuel Management, which shuts off four cylinders under light loads to optimize fuel economy. Meanwhile, the second one is mixed with an eight-speed automatic on 2WD 2020 GMC Sierra 1500 models and a 10-speed unit on 4WD, in addition to featuring Dynamic Fuel Management with 17 cylinder deactivation combinations—including running on just one cylinder whenever possible.

The meatier, 420-horsepower 6.2-litre V8 is once again available, and also benefits from DFM along with the 10-speed automatic. New for 2019 is a turbocharged, 2.7-litre four-cylinder engine with 310 horsepower for those who drive mostly in urban areas and want to reduce their fuel bill.

Also new, the turbo-diesel 3.0-litre inline-six is optional on several trim levels, producing 277 horsepower as well as 460 pound-feet of torque. It’s obviously the most fuel-efficient powertrain for the 2020 GMC Sierra 1500. 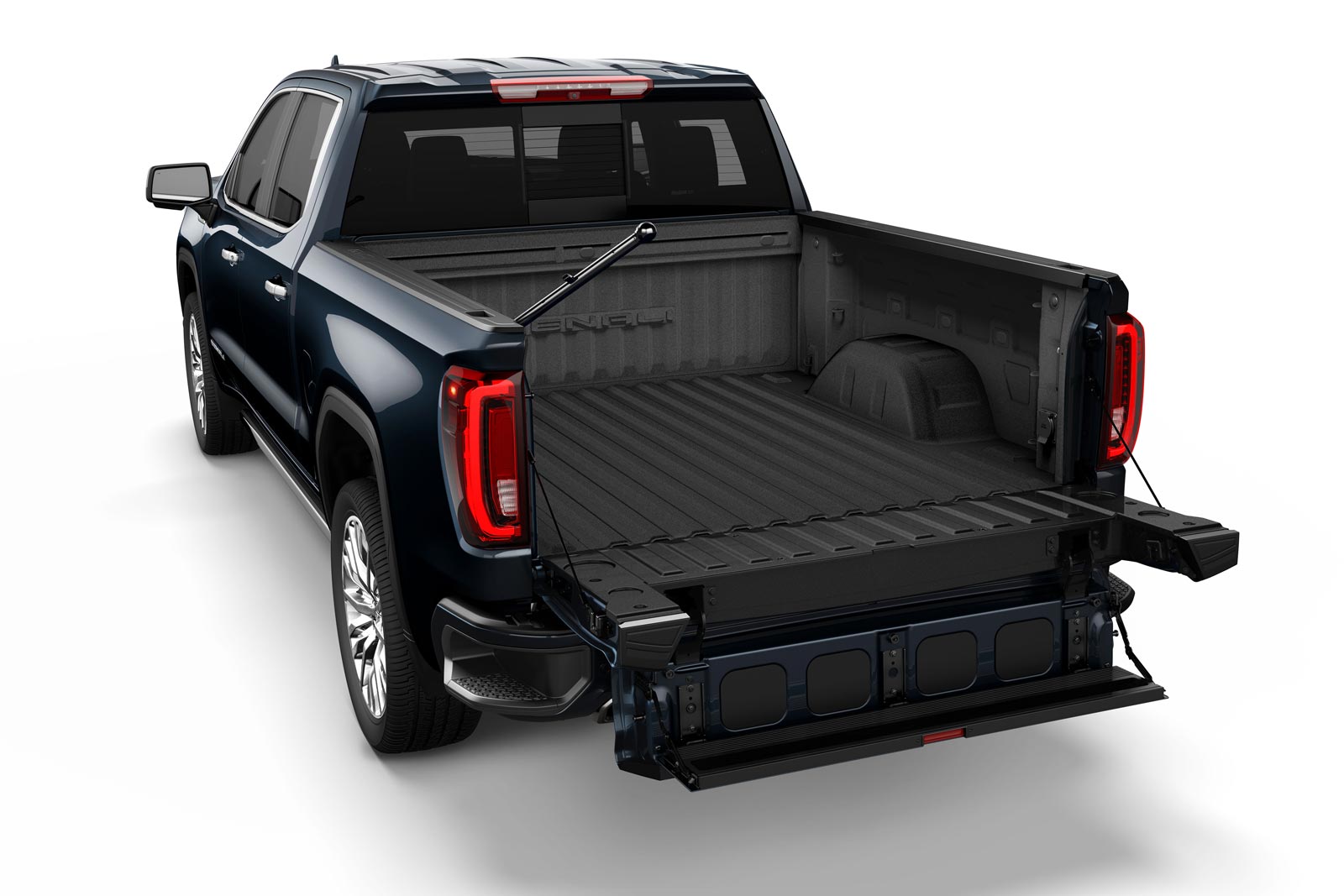 The AT4 is the off-road-ready trim level, which includes a two-inch suspension lift, standard 4WD with a two-speed transfer case, skid plates, Rancho shocks as well as other hardware and software features for heading off the beaten path. Meanwhile, as before, the Denali is the most luxurious variant of them all, with a full set of comfort and convenience equipment and a more upscale cabin.

The 2020 GMC Sierra 1500 also offers two industry-exclusive features that even its Chevrolet Silverado 1500 corporate cousin doesn’t have—yet. The MultiPro Tailgate is a clever, six-position setup designed to help climb up in the bed, secure a load or serve as a bench for tailgate parties or the job worksite. SLT, ALT and Denali get this trick tailgate as standard, and buyers can also choose to add a set of Kicker external speakers for entertaining.

The other exclusivity is the CarbonPro carbon fibre cargo bed, which replaces the conventional steel box, and is designed to be more durable with class-leading dent and scratch and corrosion resistance. 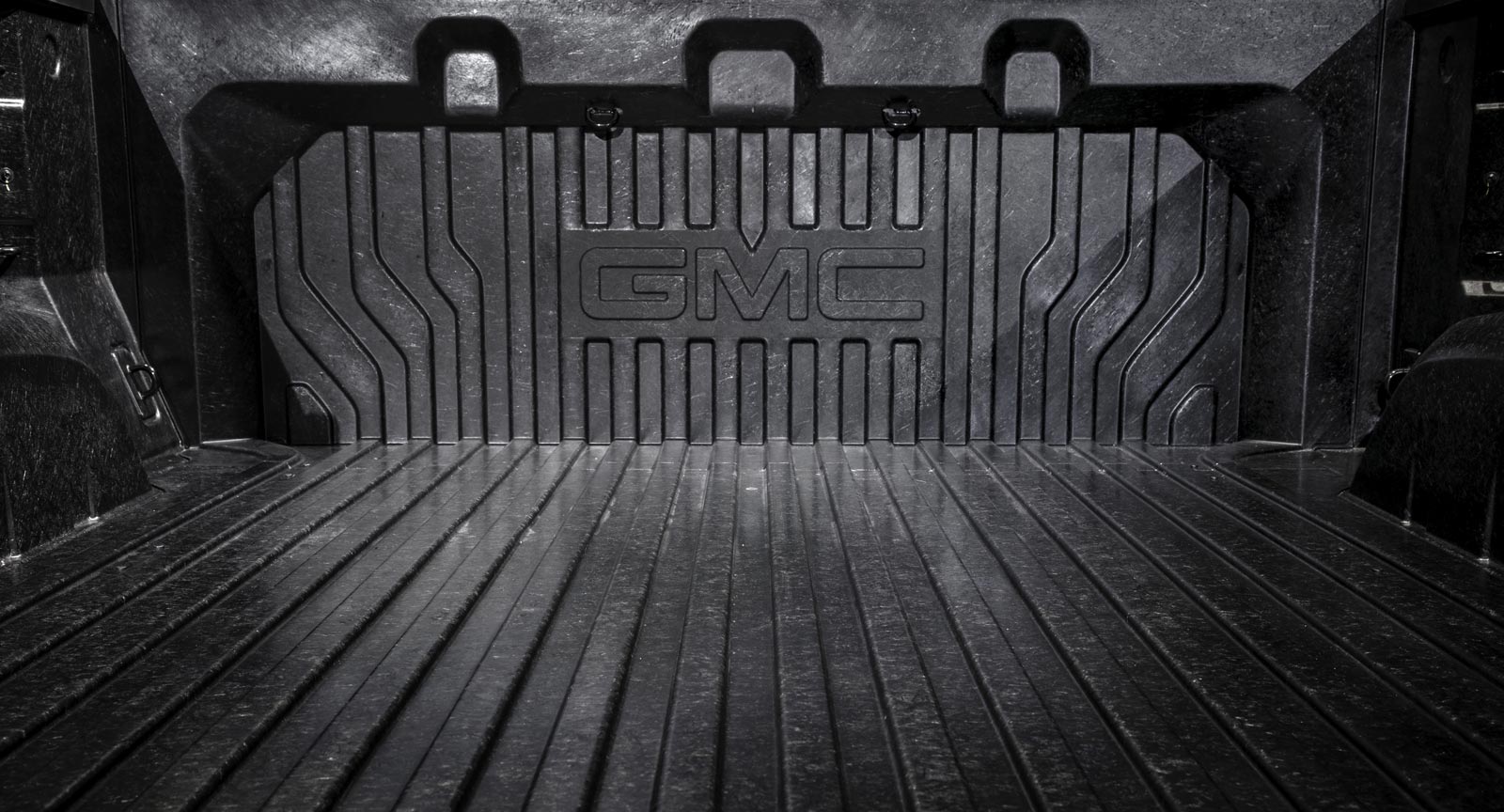 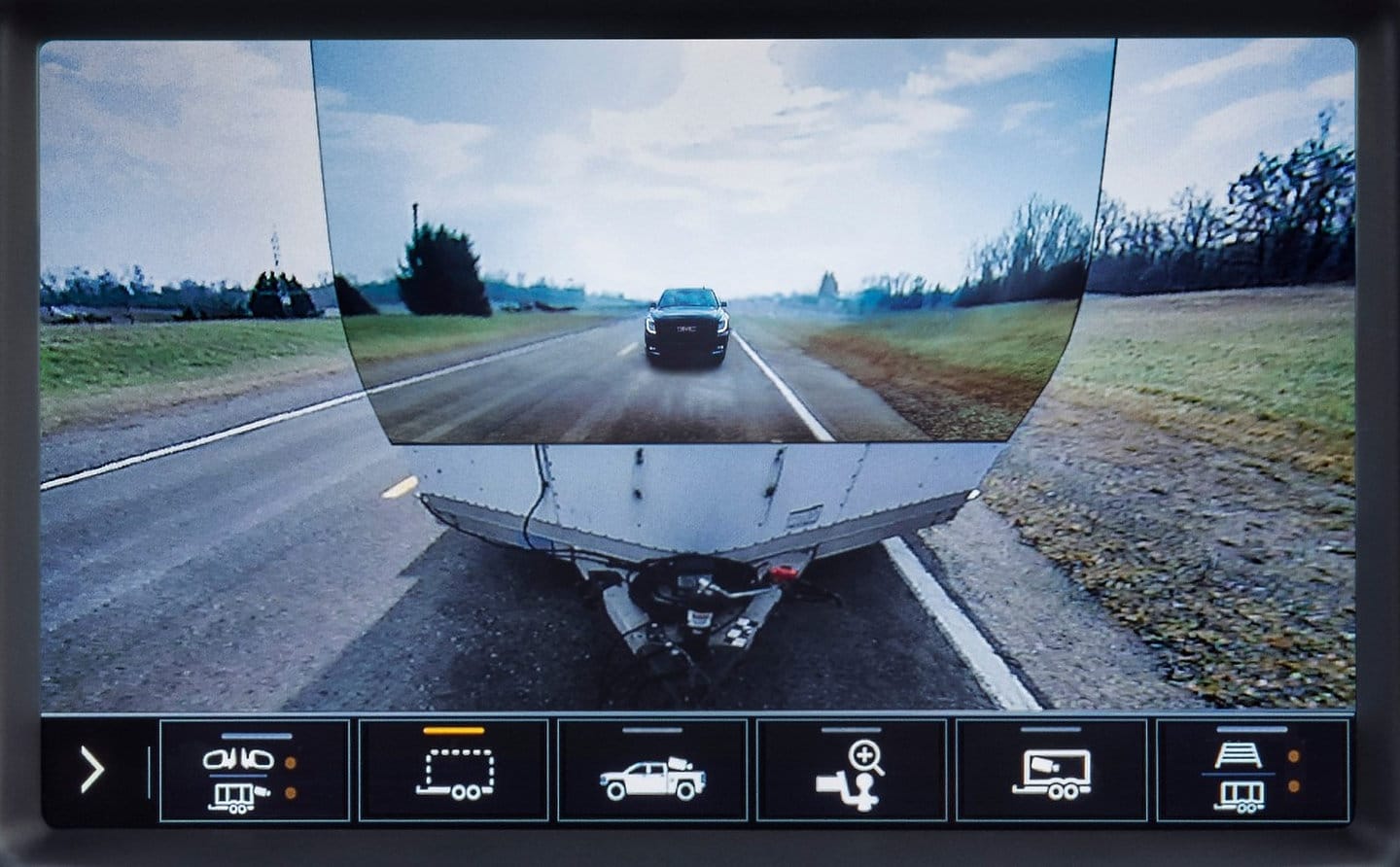 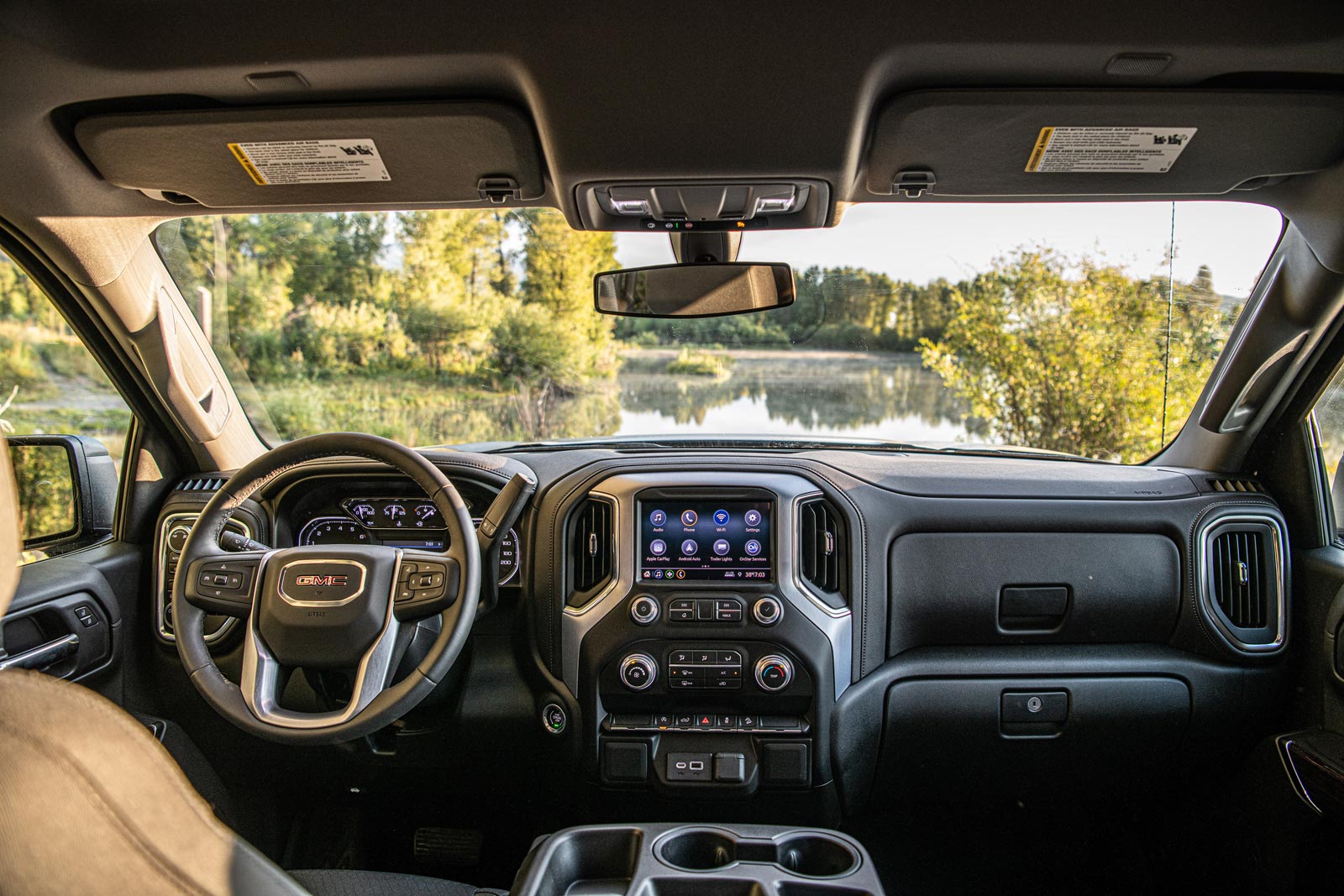 The 2020 GMC Sierra 1500 is a mighty fine full-size pickup truck, with interesting and unique features, plenty of technology, entertainment and connectivity options, and like most of its rivals, it offers a wide selection of trim levels and powertrains to suit the needs and wants of many buyers.

We’d skip the smaller-displacement engines and choose the 5.3L V8, preferably the one with Dynamic Active Management and the 10-speed automatic—for its efficiency. The 6.2L V8 is a powerhouse to consider as well, if we don’t mind the paying more at the pump.

Those who need great payload capacity should check out the F-150, and those who their truck’s cockpit to look and feel like it’s worth what they paid for it might want to sit in a Ram 1500 for comparison’s sake. That being said, the 2020 Sierra 1500’s ergonomics are top-notch.

With a price range of $32K to roughly $100K, there’s bound to be a Sierra 1500 for everyone. However, the most alluring ones are the costlier AT4 and Denali variants. That doesn’t seem to mind the current buyers, because those are the ones they’re choosing.

The goal is to create more eco-friendly tires. And importantly, without compromising performance. Emissions emanating from tires have made headlines on a few occasions...
Read more
Previous articleThe Subaru Evoltis EV Concept Should Be The Brand’s First Electric SUV
Next articleSome Manufacturers Call For The Return For A “Cash For Clunkers” Program