Glance 2020 Honda Civic At a Glance

Still the most popular, but not necessarily the best.

The Honda Civic has been Canada’s best-selling car since 1998, and has become a household name for consumers seeking to buy an affordable, reliable and comfortable vehicle. However, because of the ever-growing preference for compact crossovers and pickup trucks, the Civic is now the fourth best-selling vehicle overall in the country. The 2020 Honda Civic gets a few changes, mostly reserved to the hatchback variants.

The Civic is available once again in coupe, sedan and hatchback body styles. While the coupe has one remaining rival—the Hyundai Veloster—the sedan and hatchback must confront some pretty stout competition, which includes the Toyota Corolla, the Hyundai Elantra, the Kia Forte, the Nissan Sentra, the Mazda3, the Subaru Impreza as well as the Volkswagen Golf and Jetta. 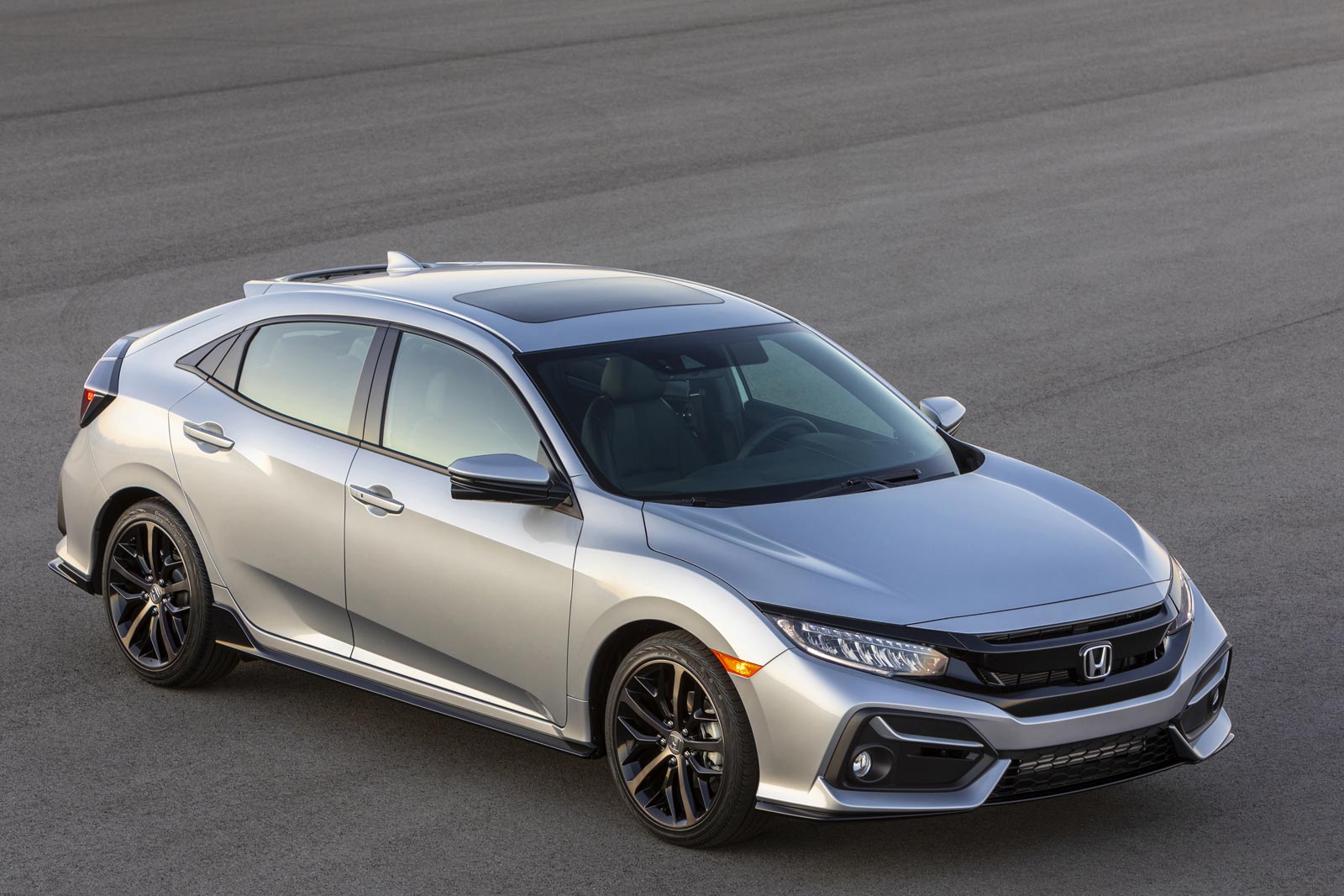 Most Civic variants use the tried-and-true 2.0-litre four-cylinder engine that develops 158 horsepower and 138 pound-feet of torque, which can be matched to a six-speed manual transmission in base trim levels, or a continuously variable automatic transmission in the rest. The Touring edition of the coupe and sedan move up to a turbocharged, 1.5-litre four with 174 hp and 162 lb-ft, while the LX hatchback includes it as standard. The Sport and Sport Touring hatchbacks get a 180-hp version of the same engine.

In the Si versions of the 2020 Honda Civic coupe and sedan, the turbo four belts out 205 hp and 192 lb-ft, and can only be paired up with the manual gearbox. Last but not least, the furious Civic Type R is blessed with a turbocharged 2.0-litre four that unleashes 306 horsepower and 295 pound-feet, sent to the front wheels through a six-speed manual.

The coupe and sedan were refreshed for the 2019 model year, so they received virtually no changes for 2020. Meanwhile, the Civic hatchback received some cosmetic tweaks, new interior trim and an updated infotainment system this year. As for the 2020 Honda Civic Type R, it boasts revised suspension, steering and brakes along with a redesigned front fascia, an Alcantara-wrapped steering wheel, new active safety gear and a new paint color called Boost Blue. 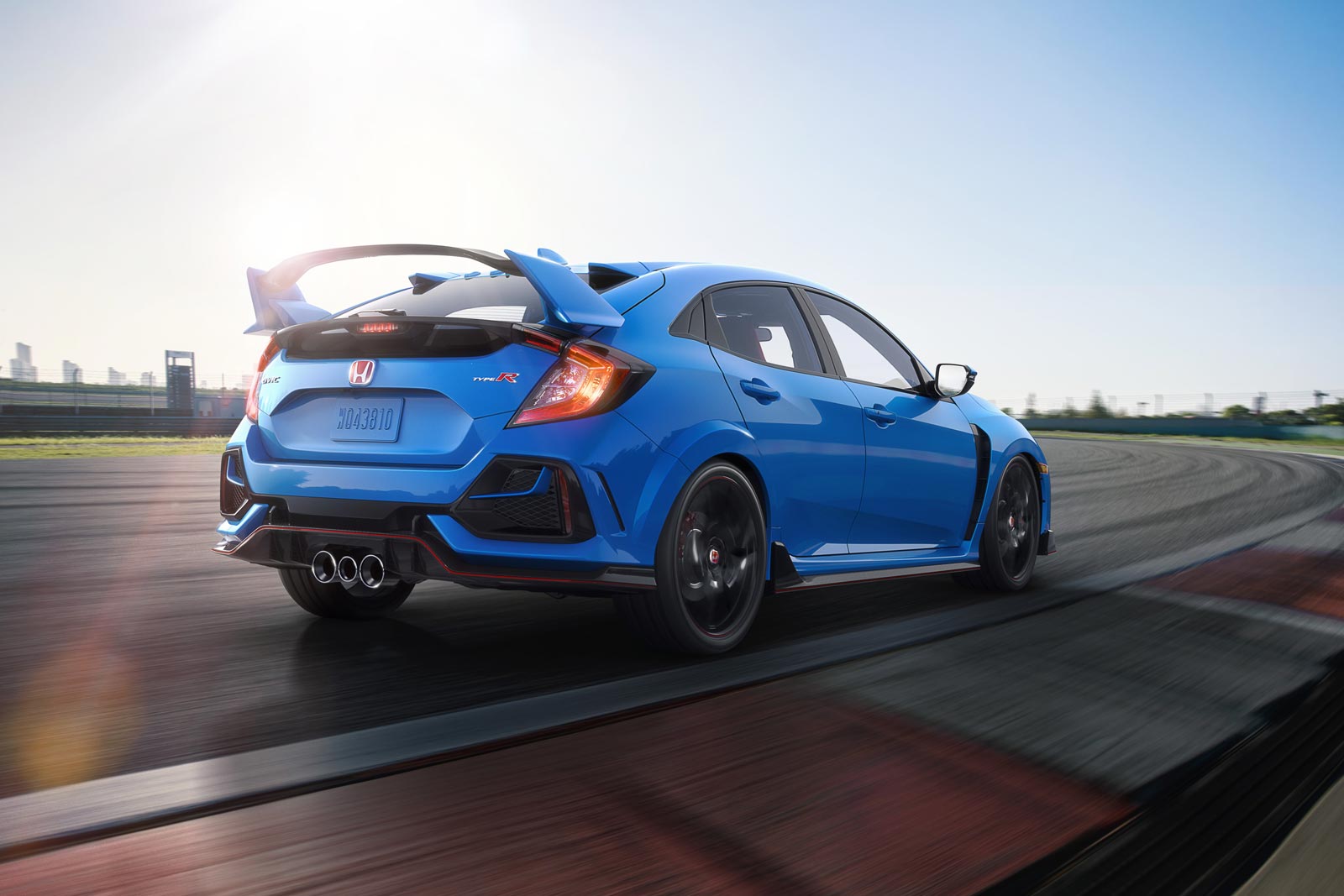 What the 2020 Honda Civic Does Well 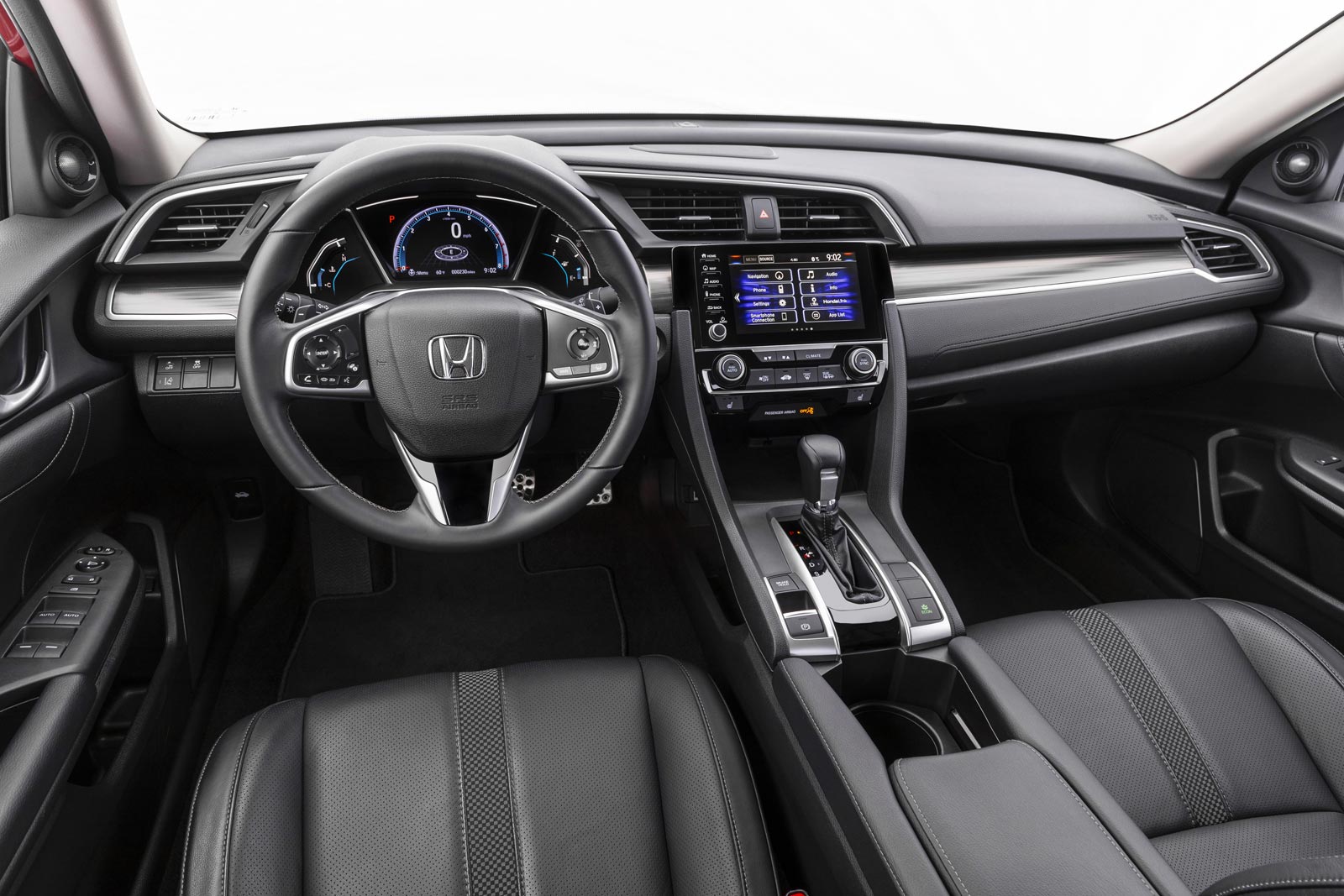 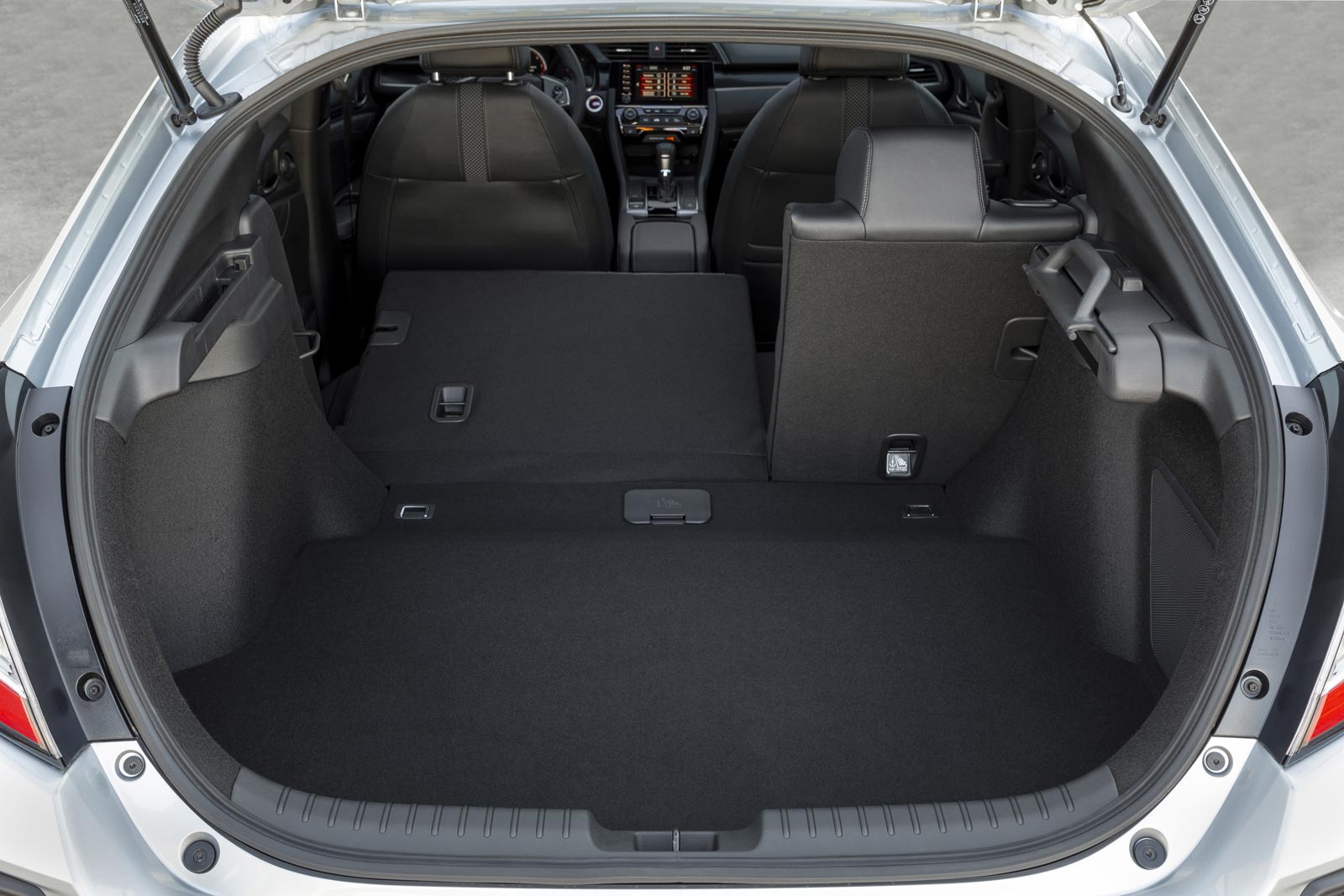 What the 2020 Honda Civic Doesn’t Do Well

While still affordable, the Civic’s base price is misleading. The $18,390 MSRP—on which we must add the $1,670 freight and delivery charge—applies to a DX sedan with a six-speed manual, no air conditioning and a black paint job, or white with a $300 extra charge. Most customers will want automatic and A/C, which means spending at least $22,990.

The current-generation Civic’s infotainment system has improved over the years, notably adding a physical volume knob that many owners (and journalists) have complained about. However, the on-screen layout is complicated to use while driving, with dim colours and small button zones. Changing the climate control system fan settings is always a two-step process and involves using the touchscreen, which is also uselessly fussy. Apple CarPlay and Android Auto are the saviours here.

The 2020 Honda Civic Si variants are indeed sportier, but their turbo 1.5-litre engine still has to prove its long-term durability, and many owners have complained about suspension problems. In addition, the Si’s engine as well as the 180-hp mill in the Sport and Sport Touring hatchbacks require super unleaded, which means extra spending at every fill-up. 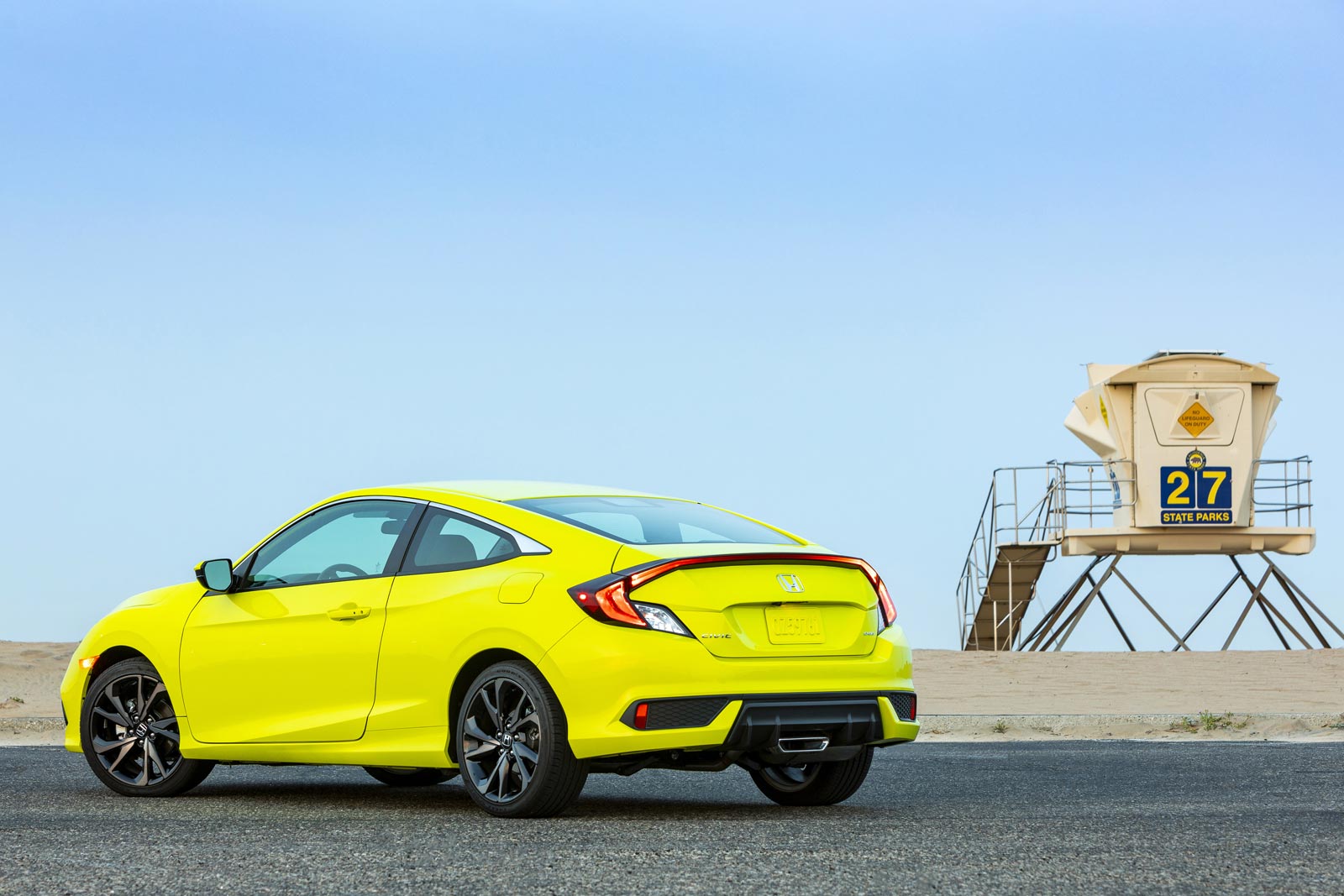 The 2020 Honda Civic is a value-packed car, because it’s very fuel-efficient and likely won’t break anytime soon. It also boasts a comfortable and relatively quiet cockpit and is fun to drive. However, a sub-$20K Civic doesn’t exist anymore and for long-term ownership, we’d skip the uplevel trims—and every hatchback trim—with the turbocharged engine. The sweet spot is the Civic sedan in LX, EX and Sport trims.

As for the Civic Type R, it’s a beast of a car with excellent performance and surprisingly exceptional handling characteristics given its front-wheel drivetrain. However, be prepared for a stiff ride and an always-on rage for speed, which can get tiresome on the daily drive. Simply put, it’s exhilarating, but doesn’t have the poise of a Volkswagen Golf R.

Earlier this month, the EU voted to completely ban ICEs by 2035. Germany believes that niches will continue to exist for ICE. As the...
Read more
Previous articleBuick Still Makes A Minivan, And It’s Epically Luxurious And It’s Called The GL8
Next articleThe Aston Martin DBX May Come In A Variety Of Body Styles