This is a farewell review of the Honda Civic Coupe Si, which leaves only the not quite attractive sedan to hold down the Si fort

I was in my early teens when I moved from dreaming about the Ferrari Testarossa and Lamborghini Countach to the Volkswagen Golf GTI and Honda Civic Si. To be honest, I’ve been a VW guy for a long time however I’ve always harboured feelings for the Civic Si and knew that it was superior in many respects.

What made the Si grander back then, other than reliability and cheaper parts, was its sharper and more responsive drive. Through every generation, with one exception, the Honda Civic Si has always been a more dialed-in car which made it extremely entertaining to drive hard. The 7th generation Civic Si (in Canada) and accompanying EP3 SiR where unprecedented flops, in my opinion, and Honda addressed all the issues in the 8th generation, taking notes from the 6th generation car, or one of the all-time greats.

The Civic Si is always on

I’ve driven new Civics from the last five generations and the Si from the last four and will say that this 10th generation Si, while not the best of them all, is in my top 2. The Civic Si is about the drive, first and foremost, and unlike the Volkswagen Golf GTI, does not have an “off” button, much like when comparing the Civic Type R to the Golf R.

The 2020 Civic Coupe Si is always on, for better or worse. Out of the box, the car is tuned to 9.5/10 with sharp reflexes and immediate responses to various inputs. Press the Sport drive mode and the car’s dial rises to 11. This acute reactiveness appeals heavily to the excitable youthful driver in me. Poking the throttle pedal to extract all of the turbocharged 1.5-litre’s 192 lb.-ft. of torque is far more rewarding than the numbers suggest. Speed piles on fast thanks to the 205 horsepower, the 6-speed manual transmission, and brilliantly efficient limited-slip front differential. 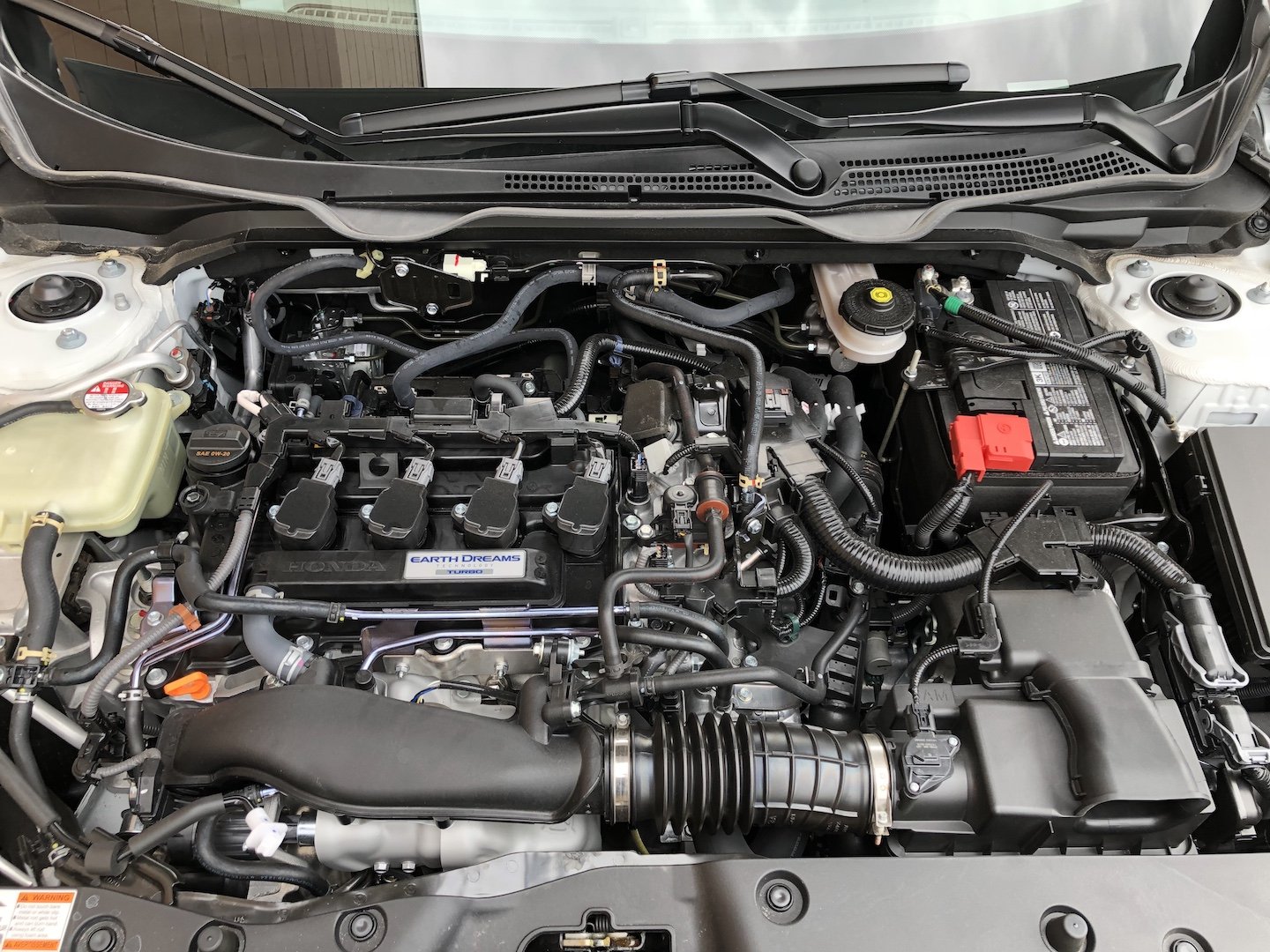 While the throws are short, the gearbox’s shift knob feels small and dainty in my very average right hand. Although not an issue, the occasionally annoying rev-hang between shifts does hamper smooth coordination between the clutch, throttle, and the gate. Despite this, the manual-only Civic Si is a blast.

Part and parcel to the 9.5/10 is the Civic’s chassis tune. Although easy and compliant enough for the daily grind, the Si seems eternally alert, ready, and waiting for the next corner or hard acceleration. The adjustable dampers, set in “normal”, and quick steering make turning into a petrol station feel like clipping an apex at your favorite local track.  Once more, this speaks volumes to the young person in me who is desperately trying to stay relevant as my age advances.

The fact of the matter is that I am getting older and despite retailing for an extremely reasonable $30,290 in Canada, $25,200 in the US, most 18- or even 25-year-old is not in a proper financial situation that would allow them to purchase this car. Enter the 35- or 45-year-old desperately trying to stay young who can afford such a car, and after a test-drive, will likely sign off on a VW GTI for its more relaxed approach to driving.

This mindset also applies to the 2020 Honda Civic Coupe Si’s looks. Frankly, the Coupe Si is far more attractive than the Sedan ($30,400 in Canada) if mostly for everything that goes on from the “B” pilar moving backward. The Coupe’s roofline slopes freely towards the perfectly suitable rear spoiler, which sits atop a centrally-mounted oversized tailpipe, both of which I thoroughly enjoy. At the other end, the marginally more aggressive front bumper and grille combination sends the right signal – this is not a regular Civic.

The Civic Si’s cabin gains a set of huge sport seats which are more supportive than they look, and a number of desirable features such as navigation, Apple CarPlay and Android Auto, all accessible via the 7-inch infotainment display, as well as wireless charging.

Much love for the Civic Si, but…

As I said in a recent review of the VW Golf GTI, the latter is not about all-out speed, its job is to make the journey entertaining. Meanwhile, the Civic Si gives the impression that it is impatient and just wants to get there. While I would never regret buying a Civic Si, I truly do love the car, I know I’d be more at home in a GTI. Also, it’s a hatchback. So is the Kia Forte5 GT for that matter…

The bottom line here is that the Civic Coupe Si is an extremely accessible way to jazz up the daily commute but it’s not for everyone.

The automaker’s PowerCo battery subsidiary said it is now looking at potential sites in Canada for a new battery plant. VW’s partner, Umicore,...
Read more
Previous articleThe Infiniti QX60 Monograph Is A Vision Of The Future
Next articleTri-Motor Lucid Air Is Hypercar Fast

The 2024 model year will switch to a RWD setup. Expect more power and more range. Will Polestar follow Volvo with the 2?   It...
Read more
Reviews

The TRD Pro package is only available with the Hybrid powertrain. Pricing for the package is $14,160 in Canada. In late spring of 2022,...
Read more
News