News 2021 Mitsubishi Mirage Gets a Refresh

2021 Mitsubishi Mirage Gets a Refresh 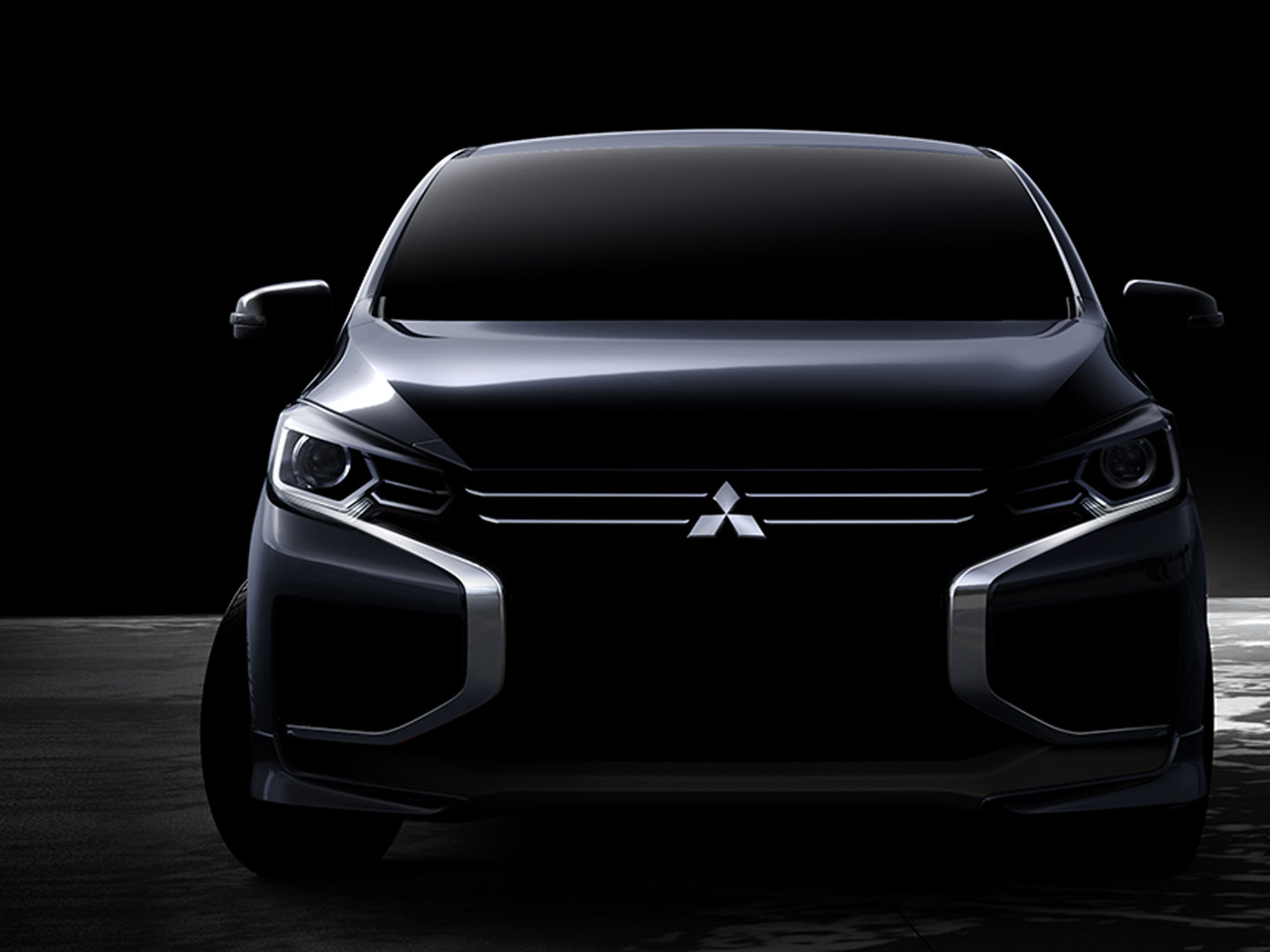 The restyled 2020 Mitsubishi Mirage will be unveiled in Thailand on November 18.

The Mitsubishi Mirage city car has been available in Canada since the 2014 model year, and will get its second facelift for the 2020 model year as the current-generation model soldiers on.

With Mitsubishi having announced that from 2020 onwards, every model in its lineup will offer some sort of electrification, we’re scratching our heads as to what that means for the little Mirage. Yet, the automaker has just released a teaser image of what the 2020 model will look like, as the official reveal will occur in Thailand on November 18.

From what we can see, the 2020 Mitsubishi Mirage will adopt the brand’s Dynamic Shield corporate visage, characterised by two wide, curved chrome strips that underline the headlight clusters and extend down into the bumper.

5 Questions About the 2020 Mitsubishi RVR Answered

We can also spot some lower-body cladding, giving the city car a much sportier look, although they’ll likely reserved for the higher-end trim levels. The car’s front end appears to be slightly longer as well, although we’ll have to wait until the official reveal to confirm that.

In North America, the Mirage is equipped with a 1.2-litre three-cylinder engine that produces 78 horsepower and 74 pound-feet of torque, matched to either a five-speed manual transmission or a continuously variable automatic transmission. We’ll see if there are any changes to the car from a mechanical standpoint, which we doubt, as the Mitsubishi has the advantage of being the most fuel-efficient, non-hybrid car in Canada.

We’re also curious to know if the Mirage will participate in Mitsubishi’s electrification push. After unveiling the e-Evolution Concept, the Engelberg Tourer and the MI-TECH in the past year or so, it’s clear that the company is heading towards a future filled with plug-in hybrid and fully electric SUVs and crossovers.

The Mirage is the only car left in Mitsubishi Canada’s lineup, yet despite its age and reputation for offering underwhelming performance, sales have increased by 12% year-over-year during the first eight months of 2019.

A couple of weeks ago, Mitsubishi Canada announced that the Mirage G4 sedan will not return for 2020, leaving the Mirage hatchback as the only remaining model in the lineup, which will continue to rival the Chevrolet Spark, Nissan Micra and Fiat 500.

The hybrid sub-compact hatchback was sold in North America between 2011 and 2017. The new CT could slot between the sub-compact UX and...
Read more
Previous articleRolls-Royce Goes Dark with The Cullinan Black Badge
Next articleVolkswagen ID. SPACE VIZZION Is Heading to Los Angeles