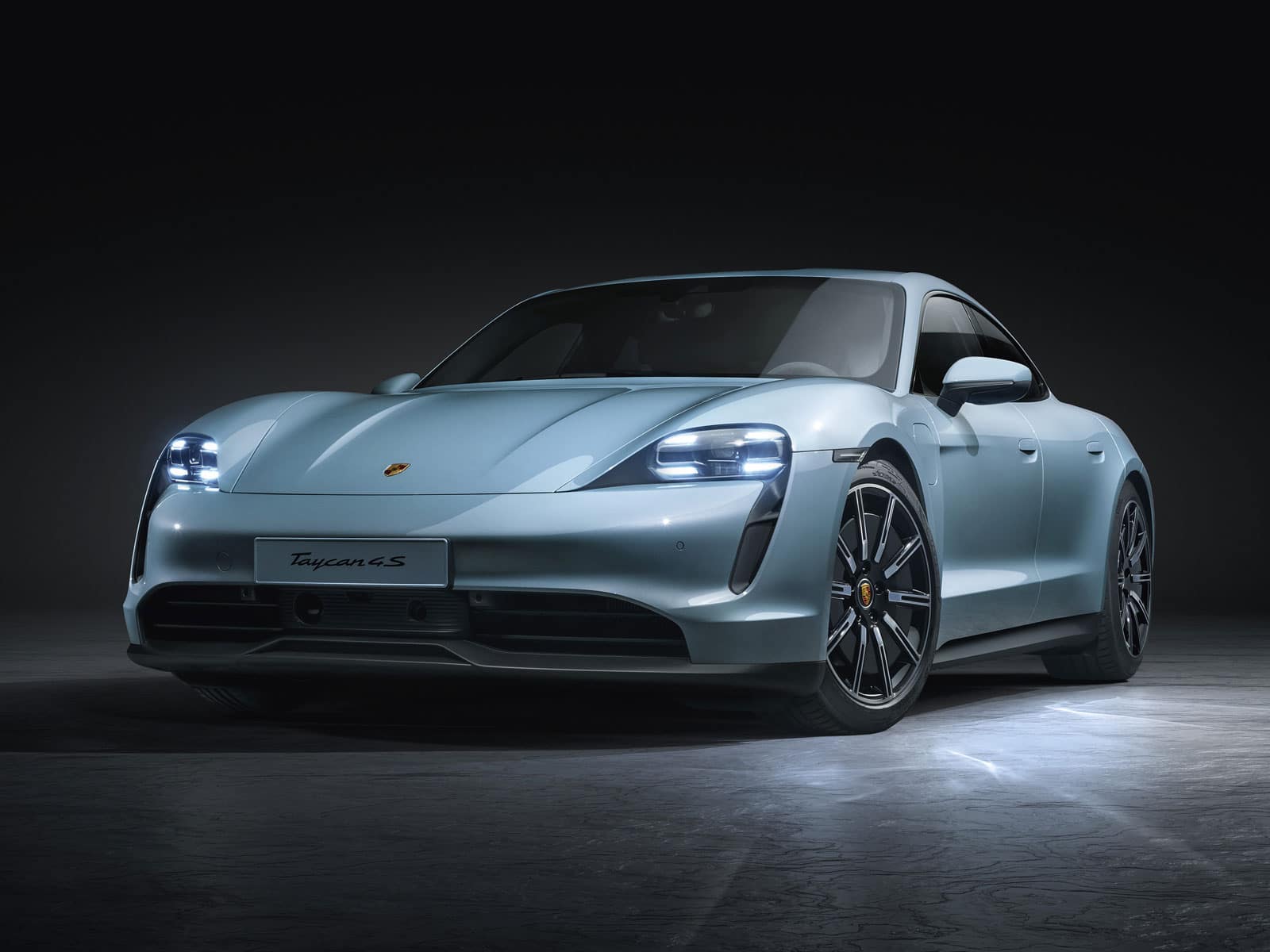 The 2020 Porsche Taycan 4S has less power than the Turbo and Turbo S variants, but it’s offered at a much more accessible price point.

Hot off the media launch of the 2020 Porsche Taycan, initially available in Turbo and Turbo S variants, the German automaker is quickly following up with the more-affordable Porsche Taycan 4S. While the Turbo S produces 750 horsepower and the Turbo boasts 670 ponies, the Taycan 4S actually serves up two output and driving range levels.

Equipped with what the company calls its two-deck Performance battery Plus with a capacity of 93.4-kWh—also found in the two other Taycan variants—the 4S produces 563 horsepower, allowing for a 0-100 km/h time of 4.0 seconds and a Worldwide Harmonised Light Vehicle Test Procedure (WLTP) maximum driving range of 463 kilometres.

Meanwhile, the 2020 Porsche Taycan 4S with the single-deck Performance battery has an output of 522 horsepower and a driving range estimated at 407 km according to the WLTP. It also reaches 100 km/h from a standstill in four seconds flat.

The Turbo and Turbo S have a driving range estimated at 450 and 412 kilometres, respectively.

In the 4S with the smaller battery, peak charging capacity is limited to 225 kW compared to 270 kW in the other Taycan variants. That’s not even an issue right now in Canada, but once the Volkswagen Group’s Electrify Canada network will be set up across the country with 350-kW charging stations for electric vehicles, the two-deck 4S will be able to replenish its battery pack a little faster than the single-deck 4S.

As with the Turbo and Turbo S cars, the both 4S variants get all-wheel drive and a two-speed automatic transmission on the rear axle.

From an exterior design standpoint, it won’t be easy to distinguish a Porsche Taycan 4S on the road compared to the other trims, but the brand points out that it will wear a slightly different front bumper design in addition to 19-inch Taycan S aero wheels and red-painted brake callipers.

The car’s interior is decontented a little, but still includes a partial leather interior as standard as well as eight-way power-adjustable front seats and an infotainment system with a single 10.9-inch touchscreen. A leather-free cockpit is also available, as is the case in the Taycan Turbo and Turbo S editions.

The order books are now open for the 2020 Porsche Taycan 4S. In the United States, the car will start at USD$103,800 with the smaller battery pack and USD$110,380 with the bigger one, while first deliveries are scheduled for the spring of 2020. In Canada, pricing starts at CAD$119,400 before freight and delivery charges, with first deliveries planned for next summer.

Here’s A Snapshot Of The Impact Of The Coronavirus On The Automobile Industry.

More than 10 carmakers have shut, slowed or stopped output at their Chinese factories. Some OEMs will suffer production slow downs at plants...
Read more

The 2020 Canadian International Auto Show opens today for media. The show floor opens to the public tomorrow and runs for nine days. There...
Read more

Only 20% of the dealer body has signed to sell the fully electric Mach-E. The main cited reason is that margins are far...
Read more

A Toyota GR Corolla Hatchback Will Be Built.

Like the Toyota GR Yaris, North America probably isn’t cool enough for it. It will use the same turbocharged 3-cylinder with about 250-horsepower...
Read more

Named after the famed racetrack where it was developed. Boasts 827-horsepower and 1,100 Nm of torque. 770 forged or CNC-machined new components were...
Read more
Previous article2020 Nissan Maxima SR Review: Its Future Lies Somewhere Else
Next articleStreet-Legal McLaren 620R Is Coming

The car will be based on the 2019 Imagine Concept. It will built on a Hyundai EV platform co-developed with Rimac. This electric...
Read more
News

Holden has been part of the Australian and New Zealand landscape for 160 years. Holden car sales ended in a few months ago...
Read more
News

Only 50 will be built. Starting price is $127,795. If you’re too lazy to shift yourself, the 10-speed automatic transmission is optional. The secret...
Read more
News

Named after the famed racetrack where it was developed. Boasts 827-horsepower and 1,100 Nm of torque. 770 forged or CNC-machined new components were...
Read more
News