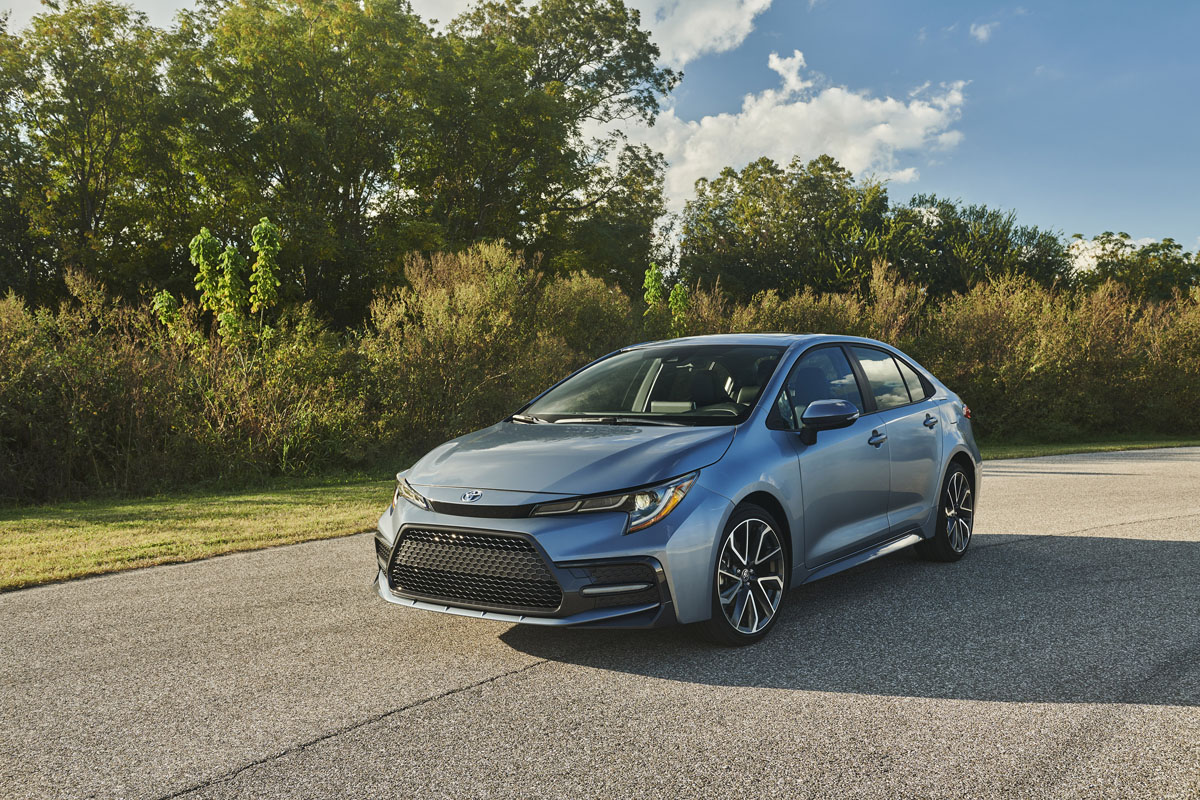 Toyota has been redesigning its entire lineup in recent years with an emphasis on shedding its boring cars image in favor of sportier looking and driving models. Now, Toyota has injected its most important model with this renewed personality, the 2020 Toyota Corolla.

After the Camry and RAV4, it’s now time for the Corolla sedan to get a more aggressive look and improved driving dynamics.

The highlight of the sedan’s new design can be found in the headlights and the massive grill that sort of remind us of the Corolla Hatchback. Once thing is for sure, this 12th-generation Corolla looks nothing like the model it replaces and is neither bland or boring.

Like the Camry and RAV4, the 2020 Corolla will get a Dynamic Force Engine with more power than the current Corolla. The 2.0-liter, four-cylinder will deliver 164 horsepower to the front wheels through a CVT automatic or a six-speed manual gearbox. This engine is optional, however, and only available in the XSE and SE trims.

The 2020 Toyota Corolla will be built on the Toyota New Global Architecture, or TNGA, which improves basically everything from better comfort to a sportier driving position to higher efficiency.

The new Corolla will have the same wheelbase as the previous model, but it will be wider and have more interior space. The 3.0 Entune system will have Apple CarPlay, but still no Android Auto.

So, here’s the deal with the 2020 Toyota Corolla from what we can tell from Toyota’s press release. Again, it’s the same recipe as the redesigned Camry and RAV4. Toyota is talking about a lower center of gravity, more power, better handling, more personality and a sportier overall drive.

Should You Buy a 2019 Toyota Corolla Hatchback?

In other words, Toyota wants the Corolla’s image to change from a car you typically see slowing down the passing lane to a balanced car that will attract buyers who want to have fun behind the wheel of their car.

The new 2020 Toyota Corolla will launch in North America at the Los Angeles Auto Show in a few weeks before being put on sale in March.

The automaker signed a deal to have its EVs appear in movies and shows “Where relevant”. Productions in which GM vehicles will feature...
Read more
Previous articleThe 2019 Honda Passport is Headed to Los Angeles
Next articleFive things to know about a 2019 Dodge Barracuda