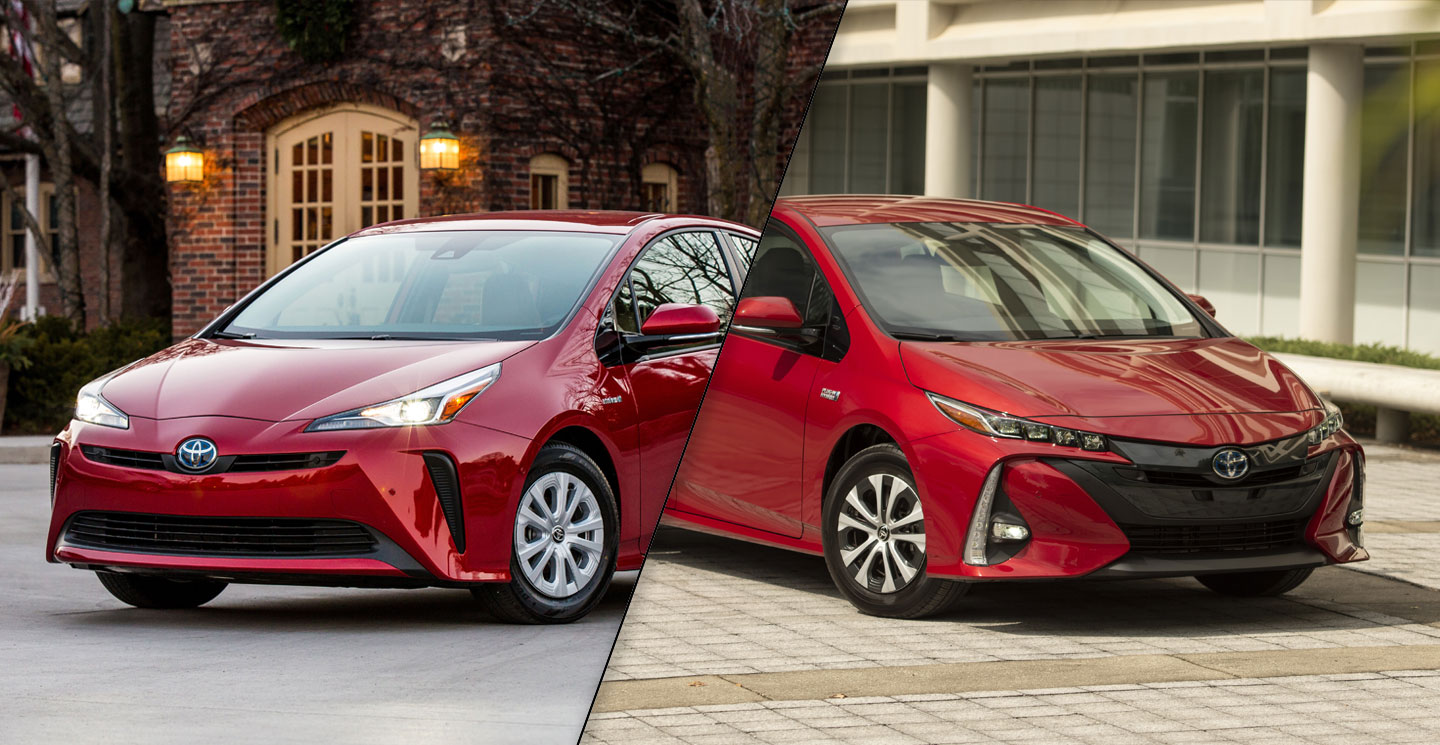 Hybrid or plug-in hybrid? Efficient with all-wheel drive or all-electric capability? To plug or not to plug? We answer these questions.

If you have settled on a hybrid vehicle, the 2020 Toyota Prius lineup is a safe bet. The Prius pioneered the hybrid segment in North America, after all, and despite more competition than ever it remains one of the better options on the market. It’s not only efficient, it’s also spacious, features all-wheel drive in some versions, and is poised and comfortable on the road.

That said, the 2020 Prius offers a ton of versions including the Toyota Prius Prime. Wanting a Prius is one thing, deciding which Prius is right for you can be more complicated. Hopefully this will help.

2020 Toyota Prius Prime At A Glance

That essentially means that you can drive using just the electric motor in the Prius Prime, making it even more efficient. The 2020 Toyota Prius Prime offers 40 kilometres of all-electric range, or 25 miles.

The 2020 Toyota Prius, on the other hand, uses its electric motor to assist the gas engine and therefore reduce fuel consumption significantly, but doesn’t eliminate it like the Prius Prime does over those first 40 kilometres or 25 miles.

That said, you will want to factor the cost of the charging station for the Prius Prime. Yes you can use a traditional outlet, but you will want the faster charger.

All-Wheel Drive in the 2020 Toyota Prius

The 2020 Toyota Prius offers the e-AWD all-wheel drive system, something the Prius Prime doesn’t offer. The Prius e-AWD starts at $29,550 in Canada and $26,345 in the US and is a very attractive option for buyers in the northern states and Canada. The impact of fuel consumption is minimal, but the benefits in winter make it almost indispensable.

Which Model Would We Choose?

If we lived in California or anywhere that rarely gets a winter, we would go with the 2020 Toyota Prius Prime. The price difference is worth it and the available rebates can significantly reduce the cost of the Prime. However, for buyers living in Canada or the northern US, the possibility of getting all-wheel drive in a hybrid vehicle would be too appealing to pass up.