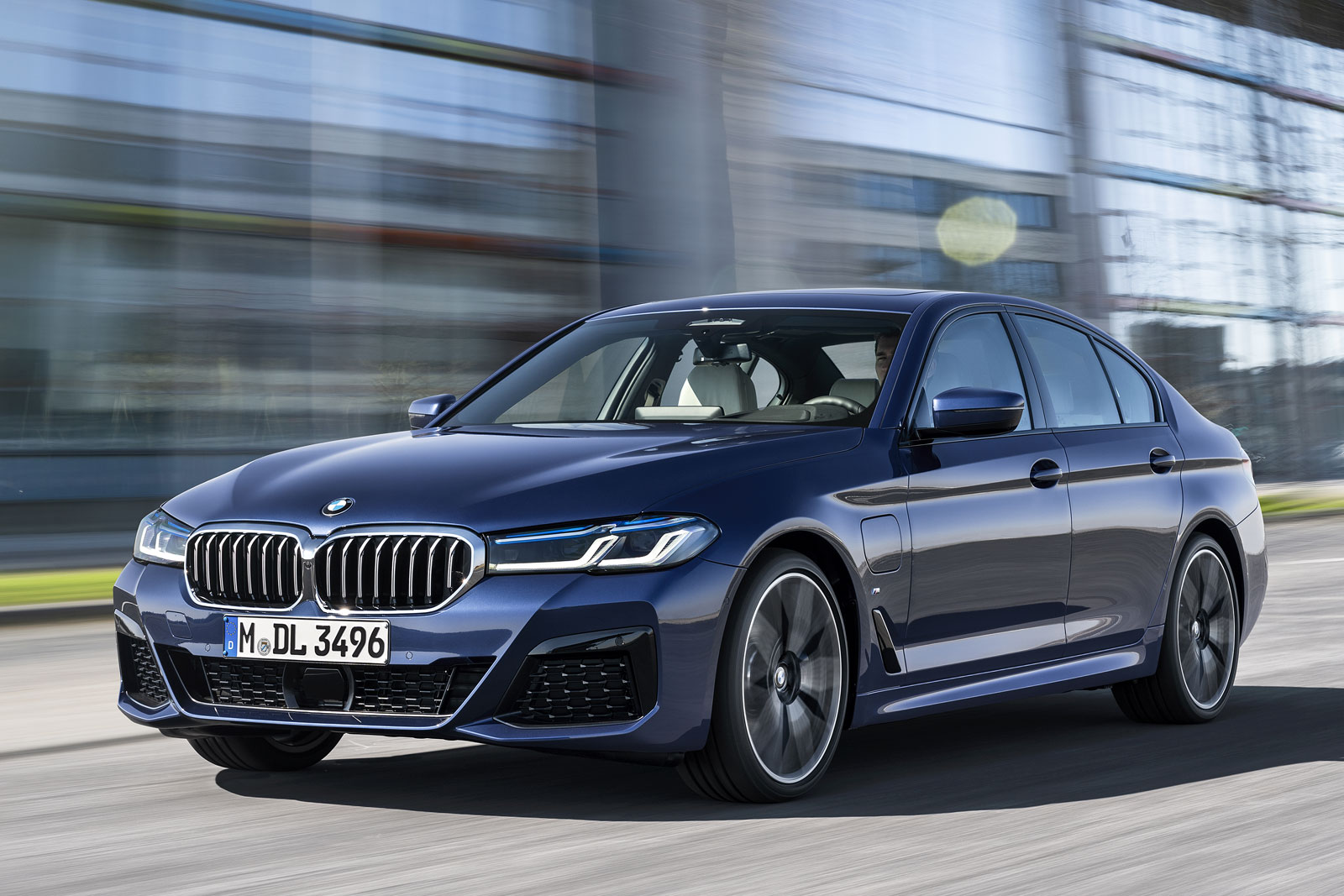 A mid-cycle update for the German brand’s midsize sedan.

The seventh generation of the luxury midsize sedan was introduced for the 2018 model year, and now, it’s getting the usual mid-cycle refresh with new styling, added tech and some powertrain tweaks. The 2021 BMW 5 Series notably gains mild hybrid technology to battle the Mercedes-Benz E-Class and the Audi A6, among others.

The car’s styling has been massaged to draw it closer to the brand’s more recent products, and that includes a front fascia with bigger nostrils—or that BMW calls its Kidney Grille—as well as reshaped headlights with a slimmer profile, LED technology and L-shaped daytime running lights that also act as turn signals. The signature quad round headlight design is definitely on its way out. 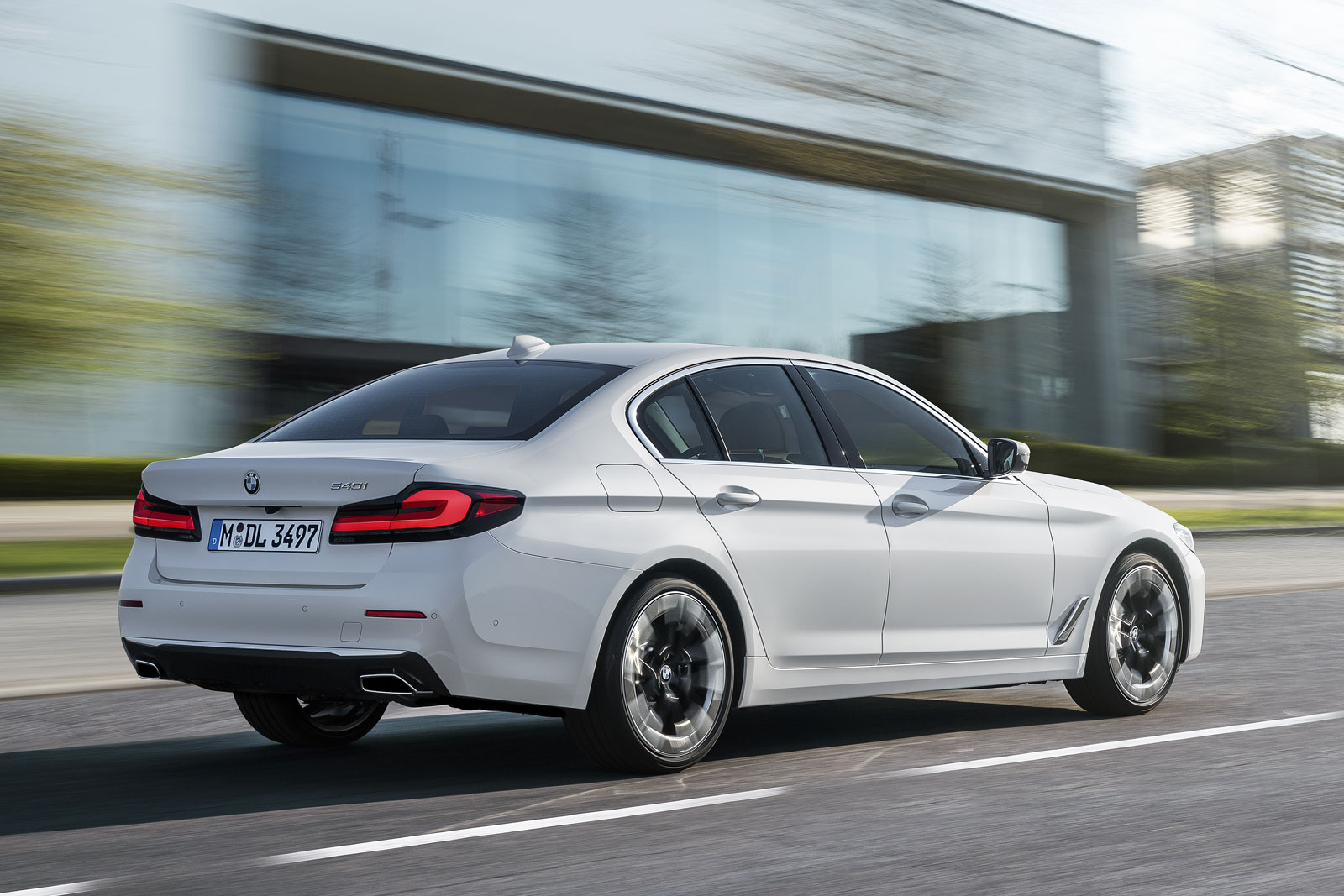 The lower bumper has been resculpted as well, adding 1.2 inches of overall length. Otherwise, the rest of the exterior and interior dimensions are unchanged. Buyers who choose the M Sport package will get redesigned front and rear bumpers, with larger front air intakes and a reshaped rear diffuser. Two new paint colours will be offered: Phytonic Blue Metallic and Bernina Grey Amber.

Inside, the 2021 BMW 5 Series gets a new 12.3-inch infotainment screen, replacing the previous 10.25-inch setup, while the driver benefits from a reskinned 12.3-inch fully digital display. A navigation system is standard, as are Apple CarPlay and Android Auto integration. The more affordable variants get new Perforated SensaTec upholstery, which features contrast stitching, while the M550i xDrive includes a Dakota Leather interior, which is optional in other trim levels, along with Nappa Leather seating. 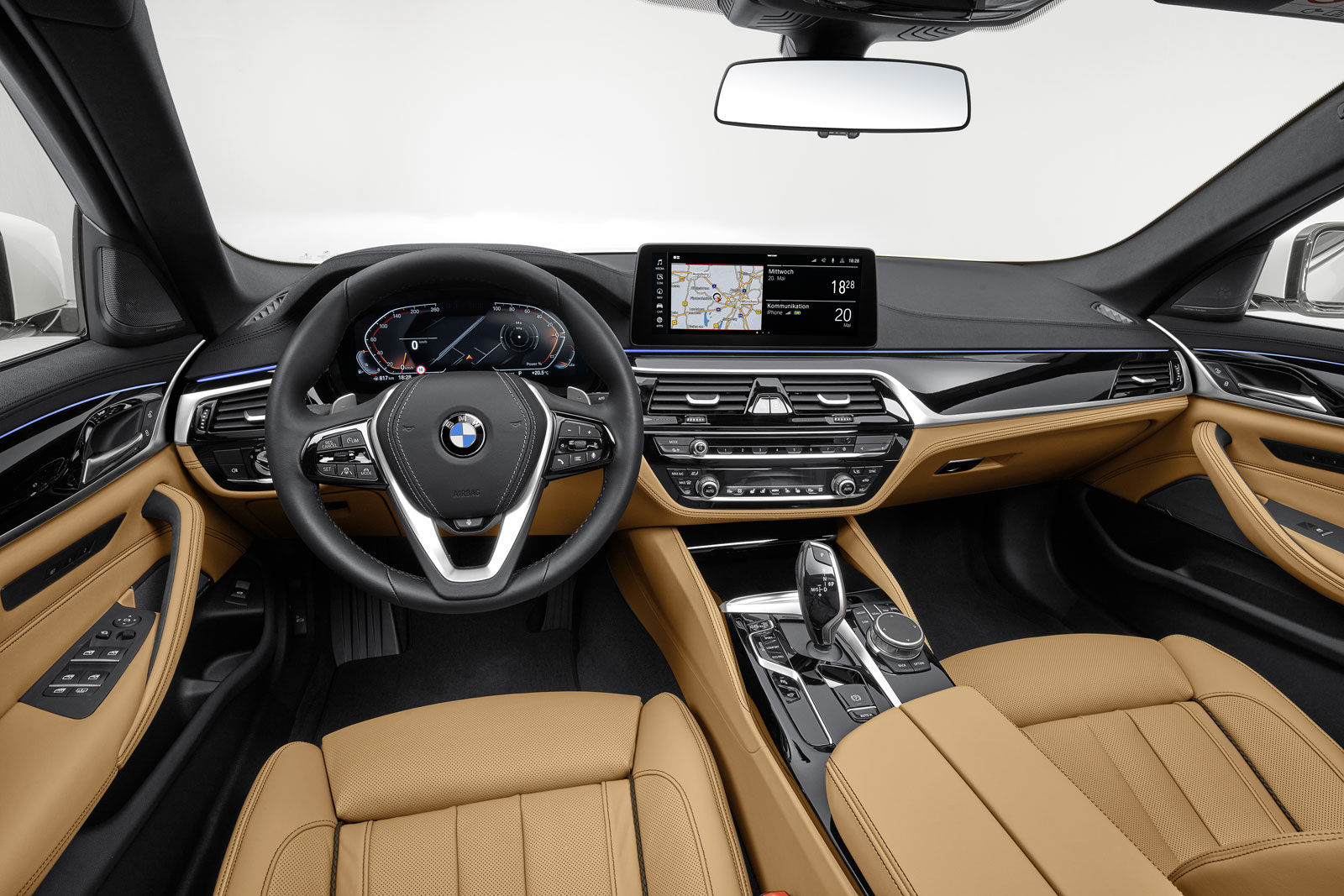 The 2021 BMW 5 Series also obtains a mild hybrid system, at least in the case of the 540i xDrive. The turbocharged 3.0-litre six develops 335 horsepower and 332 pound-feet of torque, mixed with an eight-speed automatic transmission and standard all-wheel drive, while the 48-volt starter/generator system gives the engine improved performance and efficiency.

The Brake Energy Regeneration converts kinetic energy into electricity when the car decelerates, which is then used in the 12-volt system to power the lights, steering, ventilation and audio system, among other things—reducing the power load on the combustion engine. In addition, the 48V starter/generator can add another 11 horsepower during acceleration.

Also, the BMW 530e xDrive plug-in hybrid receives a power increase, as the 181-hp gas engine and 107-hp electric motor are combined to an XtraBoost feature, the latter providing an additional 40 ponies for up to 10 seconds when needed. As such, the system’s total output now stands at 288 horsepower, up from last-year’s 248, along with 310 pound-feet of torque. A 12-kWh battery pack helps the car drive in fully electric mode at up to 19 mph (30 km/h). In Europe, EV driving range is estimated at 35 miles (56 km), but North American ratings are usually more conservative.