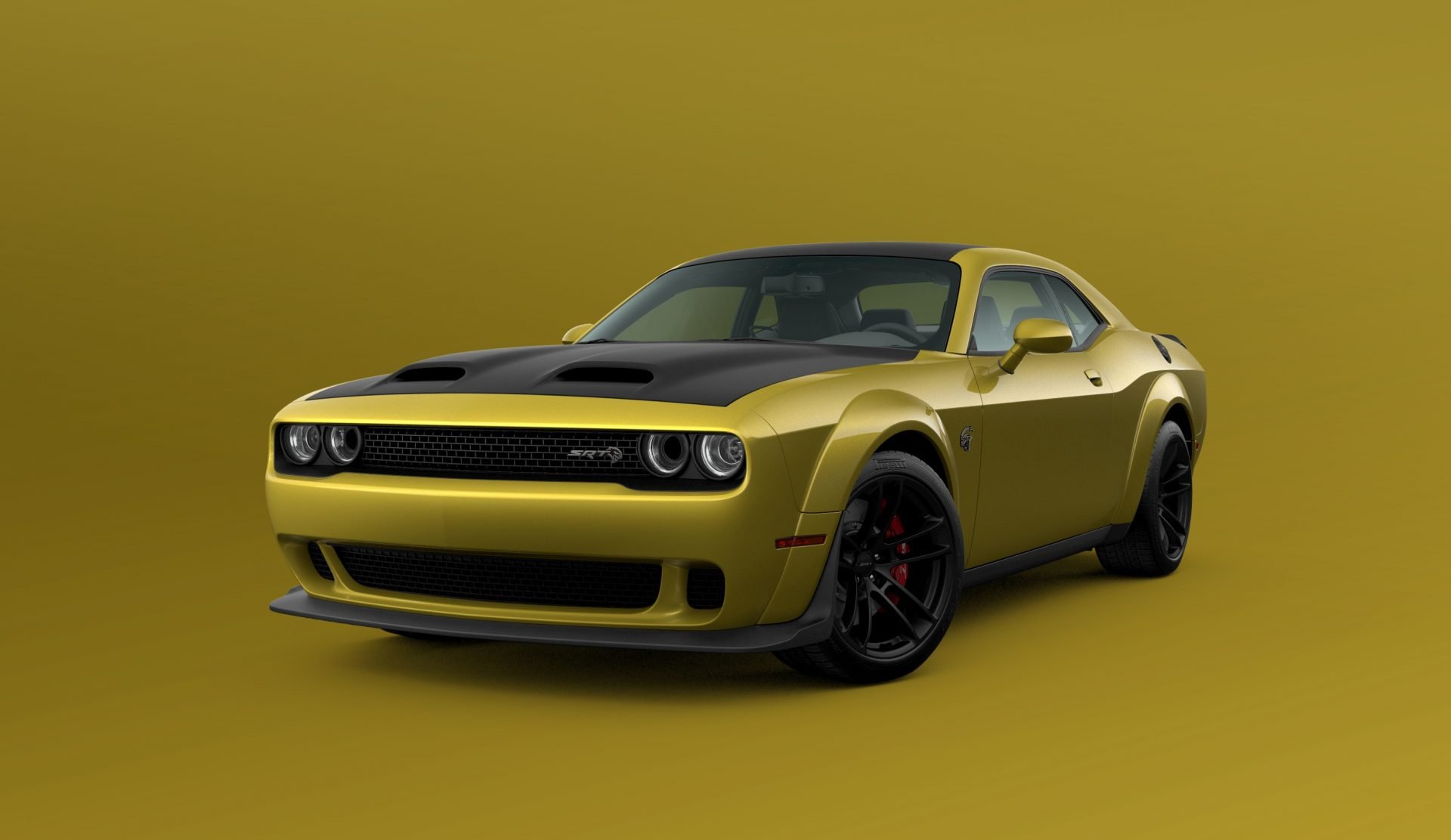 After the Gold Rush, it's another Gold Rush

The latest in Dodge‘s long line of reborn heritage-inspired paint colours in one they hope will put 24-karat magic in the Challeng-air. It’s called Gold Rush, and it was first found on the 50th Anniversary edition of the Challenger. Now it’s back for the 2021 Dodge Challenger, offered only on the hottest models of the car.

Ok, this one wasn’t gone for as long as some of the famous Mopar shades of the 1960s and 1970s, in fact, it was only first used last year on 2020 Dodge Challenger 50th-Anniversary Limited Edition cars – because 50 is the golden anniversary, get it? But FCA says that buyers liked it, and so Gold Rush is back to shine on for another model year.

Even if your name’s not Auric or Johan, you’ll probably find a model with Gold Rush paint that’ll tickle your Goldfinger. It can be ordered on Challenger T/A, T/A 392, SRT Hellcat and SRT Hellcat Redeye (Goldeneye?) models, and the SRT ones come with a satin black hood roof, and decklid.

Other heritage colours for the Charger and Challenger include Frostbite, Hellraisin, Sinamon Stick, TorRed, F8 Green and Go Mango. Other changes to the 2021 Challenger include adding the widebody package including meatier wheels and tires to R/T Scat Pack Shaker and T/A 392, along with putting 20-inch wheels as standard on GT AWD models. SRT-branded Brembo high-performance brakes are also offered on Scat Pack models, with order books for the Dodge Challenger open now.

It’s unclear as to what it will be, but it could sit above the Golf R. Currently, the Golf is available in GTI,...
Read more
Previous articleChrysler Pacifica SRT Hellcat Rendered – FCA Needs To Build It
Next articleGM Served A Class-Action Lawsuit Over Chevrolet Bolt Battery Pack