Glance 2021 Ford Explorer At A Glance

2021 Ford Explorer At A Glance

The 2021 Ford Explorer should return with essentially the same models, trims, and features as the redesigned 2020 model. We’ve driven a bunch of Explorers since the model launched last year including the hybrid, the ST and the loaded Platinum model.

What we found was that the Explorer is in its own little segment, a little removed from the more traditional mid-size SUVs. There’s some good to this, and some bad. That should continue to be the case in 2021. 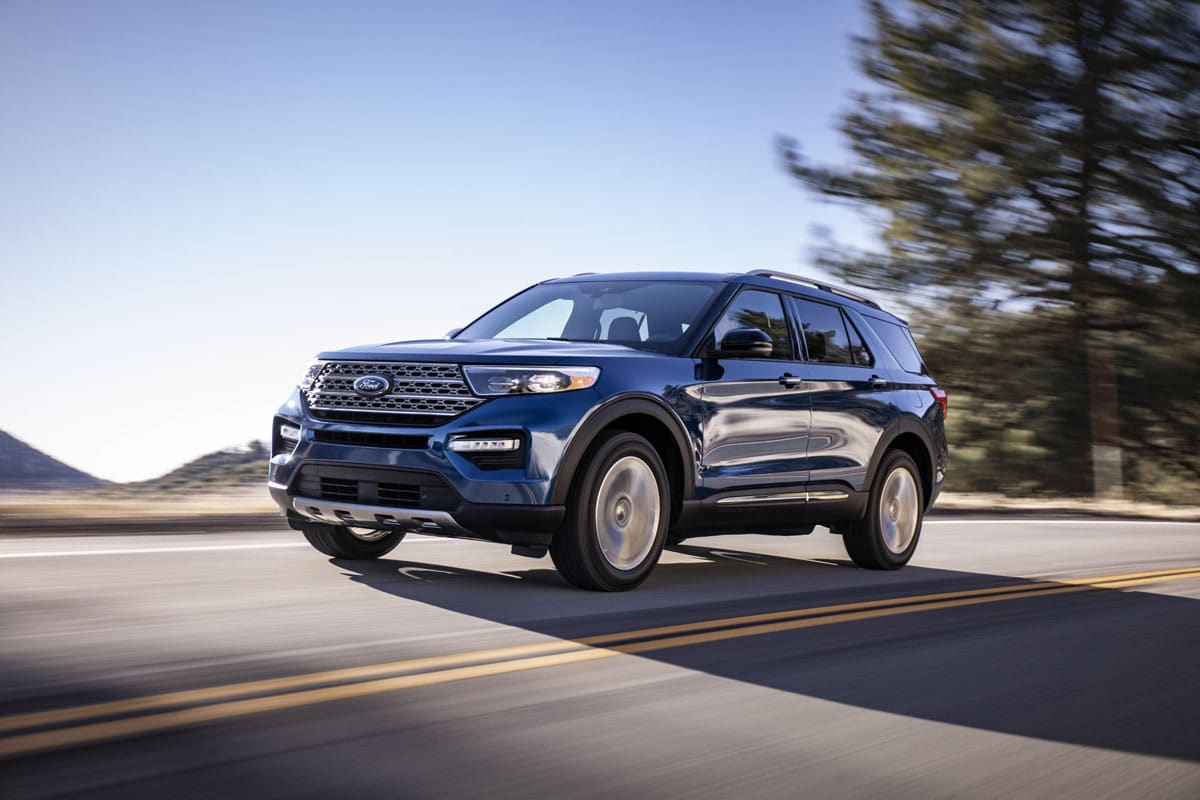 Four engines are offered including a 3.3-litre V6 paired with a 32.8-kWh electric motor in the Hybrid model. There’s also a base 2.3-litre Ecoboost four-cylinder turbo with 300 horsepower and 310 pound-feet of torque. Next are two 3.0-litre twin-turbo V6 engines that develop 365 horsepower in the Platinum trim and 400 horsepower in the ST models.

Let’s take a look at how each of these trims stack up to a fierce competition.

What The 2021 Ford Explorer Does Well

1. Let’s talk about the ST first. It is fast, fun, and deserving of those two letters. It’s not too harsh, just stiff enough to handle twisty roads with impressive confidence. With 400 horsepower under your right foot and a ton of low-end torque, the thing goes and goes quick.

2. Even if you don’t go the ST route and settle for the Platinum, power is never a problem. The twin-turbo V6 has plenty of punch throughout the rev range and is always ready to jump forward. V6-powered Explorer models are at the top of their class when it comes to power and being quick.

3. The comfort level goes up a notch compared to the segment average in the Explorer. It’s quieter and more refined, and the seats are plush, wide, and come with heating and ventilating functions depending on the trim. The Explorer is a great place to spend a lot of time behind the wheel.

4. The 10.1-inch screen may not be the most functional (see below), but it looks very good and the design of the graphics are beyond reproach.

5. Second-row space is above average as well. The third row isn’t much more spacious than the rest of the segment, but it’s not the smallest either. In other words, passenger space is more than adequate compared to other mid-size SUVs. 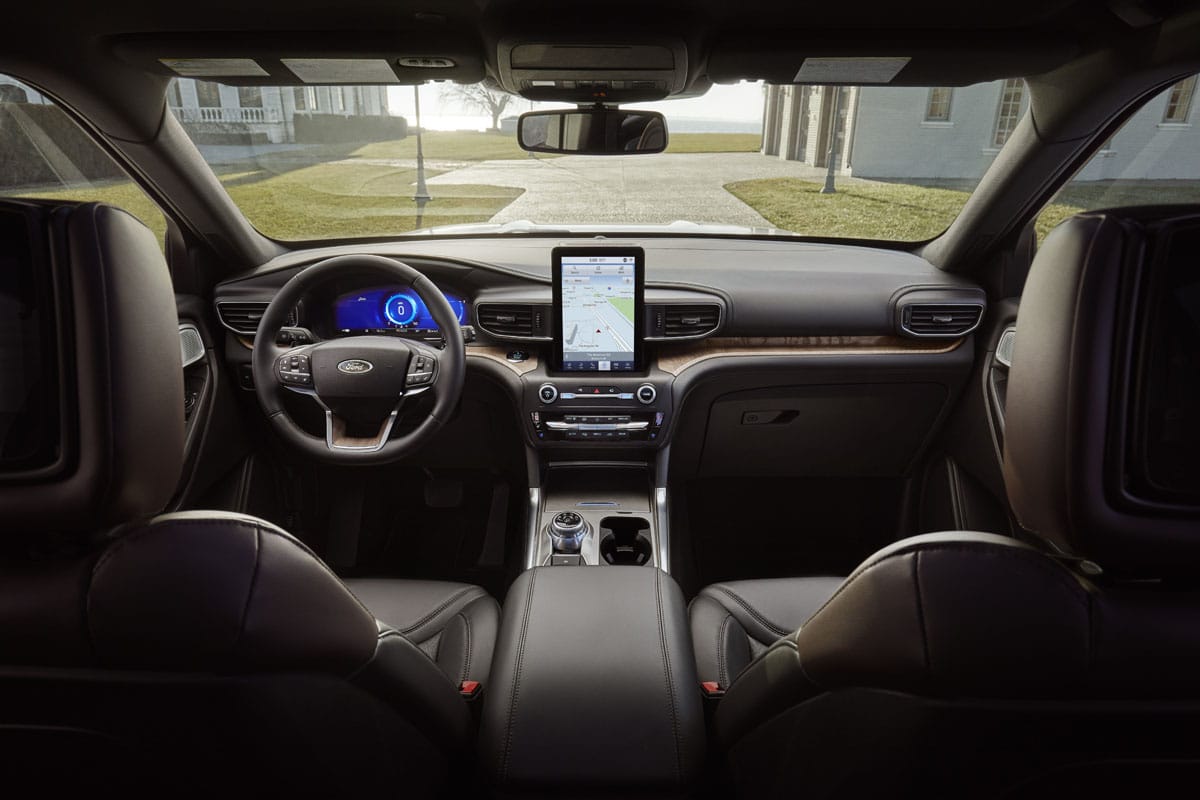 What The 2021 Ford Explorer Doesn’t Do So Well

1. Price can be a problem. The Explorer is more expensive than its competition by a margin. A Platinum model will cost you as much as an entry-level Mercedes-Benz GLE, so you do have to think about that for a second.

2. The trunk is ok with all seats in place, but you can find more space inside a Kia Telluride or a Toyota Highlander.

3. Speaking of the Toyota Highlander, we prefer its hybrid version to the Explorer hybrid. The latter is too expensive and the difference in efficiency isn’t noticeable enough.

4. The Platinum model doesn’t do enough to justify its price. There are different trims inside, but that is about it and it just doesn’t look like it costs as much as it does.

5. Although this hasn’t been confirmed, we’d be weary of the ST model’s depreciation. It’s the kind of model that can lose significant value over time.

6. The 10.1-inch screen is nice and all, but honestly it should have been horizontal. The backup camera screen ends up looking small and narrow and it just doesn’t bring any value. Because it is vertical, the part of the screen you are using is actually smaller than in most rivals. 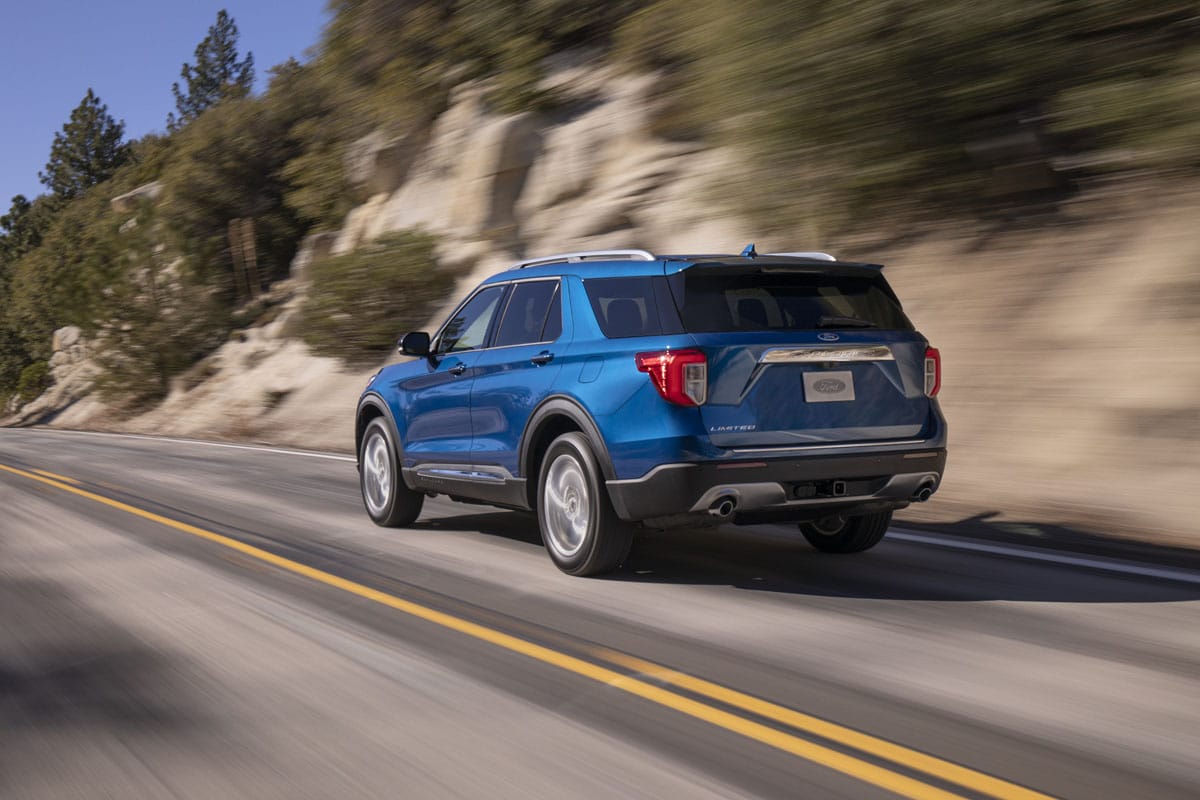 Mercedes is already offering some features on a subscription basis in China. The power increase will allow a reduction in the 0 to...
Read more
Previous articleNext Audi RS3 Will Have Checkered Flag Design In Headlights
Next articleMercedes-Benz May Cut Some Convertibles And Coupes From Insane US Lineup