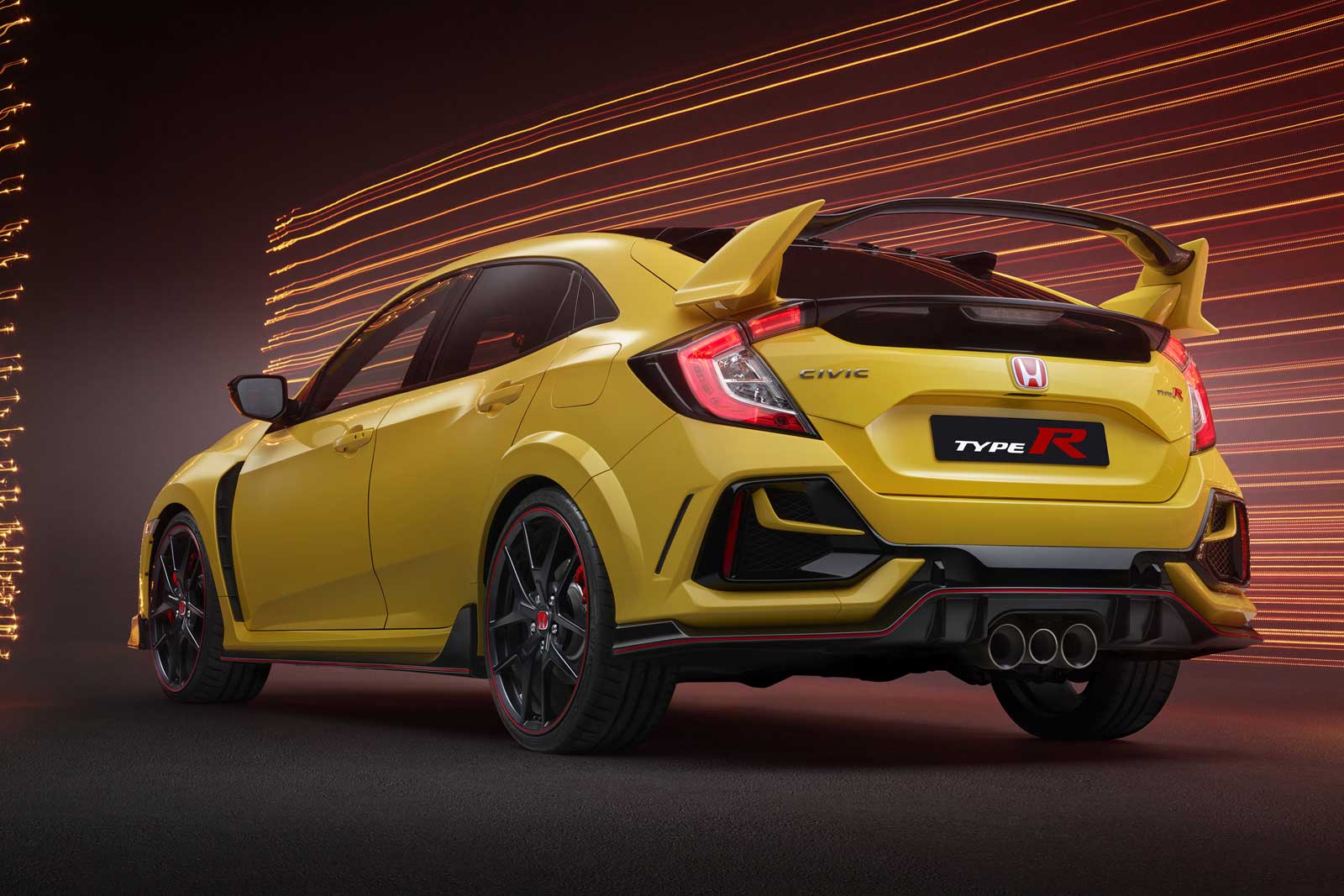 Only 100 units of the Type R LE will trickle into Canada.

The 2021 Honda Civic Type R Limited Edition is finally arriving on Canadian soil, and we now know how much this hot hatch (burning hatch? Flaming hatch?) will cost.

Honda Canada revealed the Type R LE’s MSRP today, which is set at $54,600 before slapping on another $1,670 in freight and delivery charges. Only 100 units were earmarked for the country, and they were all sold out in just four minutes. 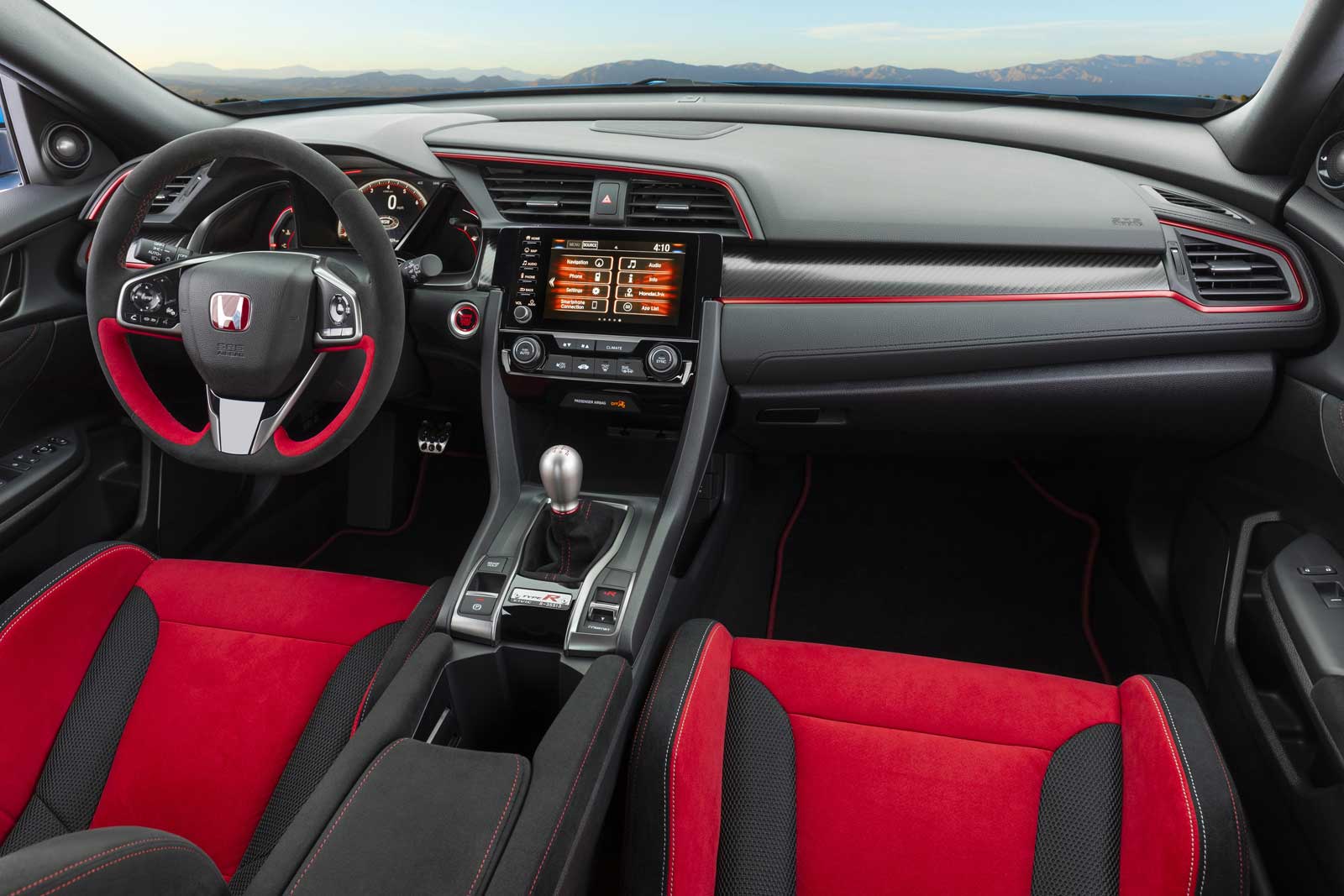 Only one paint colour is offered and it’s called Phoenix Yellow. The fact that the late, great Acura Integra Type R that was sold in North America had the exact same hue is unlikely coincidental. The Limited Edition also boasts a gloss black-painted roof, mirror caps and hood air vent, while the Civic badge on the rear end is presented in dark chrome. Last but not least, the Type R LE gets lightweight BBS alloy wheels wrapped in Michelin Pilot Sport Cup 2 tires, a reprogramming of the Active Damper System and the power steering system, less sound deadening materials while ditching the rear wiper and rear-seat heater ducts for the sake of saving weight.

The 2021 Honda Civic Type R is also back, with an MSRP of $46,200 before freight and delivery charges. Both versions of the Type R are equipped with a turbocharged, 2.0L four-cylinder engine that develops 306 horsepower at 6,500 rpm as well as 295 pound-feet of torque between 2,500 and 4,500 rpm, all sent to the front wheels through a six-speed manual transmission. The new model year brings a mild exterior design refresh that includes a larger grille opening for improved engine cooling, while inside the car, we find an Alcantara-wrapped steering wheel and a reshaped shift knob. 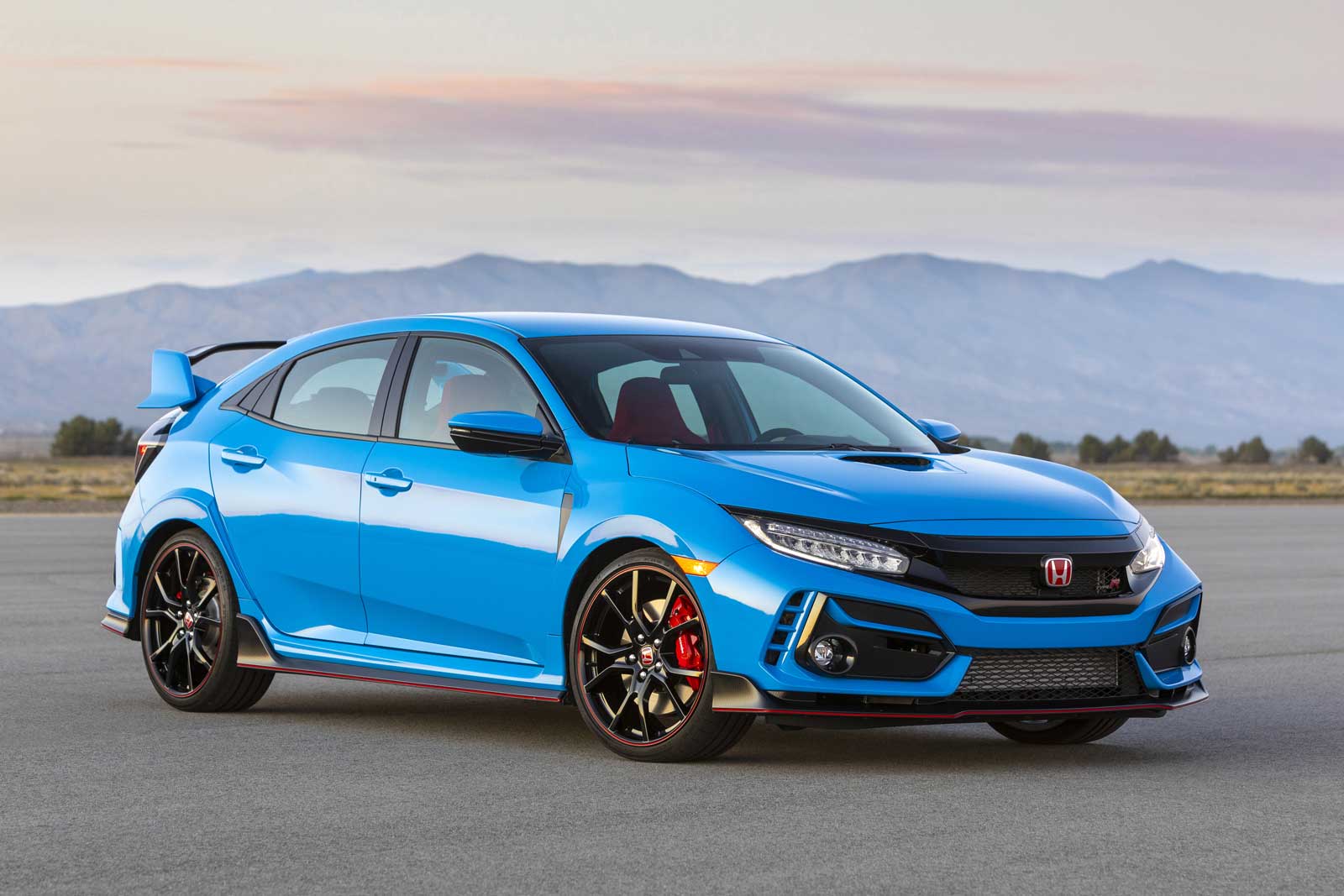 The Honda Sensing suite of advanced driving aid systems are fitted as standard, too, which rounds up forward collision alert with autonomous emergency braking, lane-departure warning and lane-keep assist as well as adaptive cruise control.

Competition includes the MINI John Cooper Works 3-Door, the Hyundai Veloster N and the Volkswagen Golf R. Look for the 2021 Honda Civic Type R in dealerships across Canada starting now, but as mentioned previously, don’t expect to see a Limited Edition hanging around on a showroom floor. U.S. pricing for the two Civic Type R variants was announced in early September.