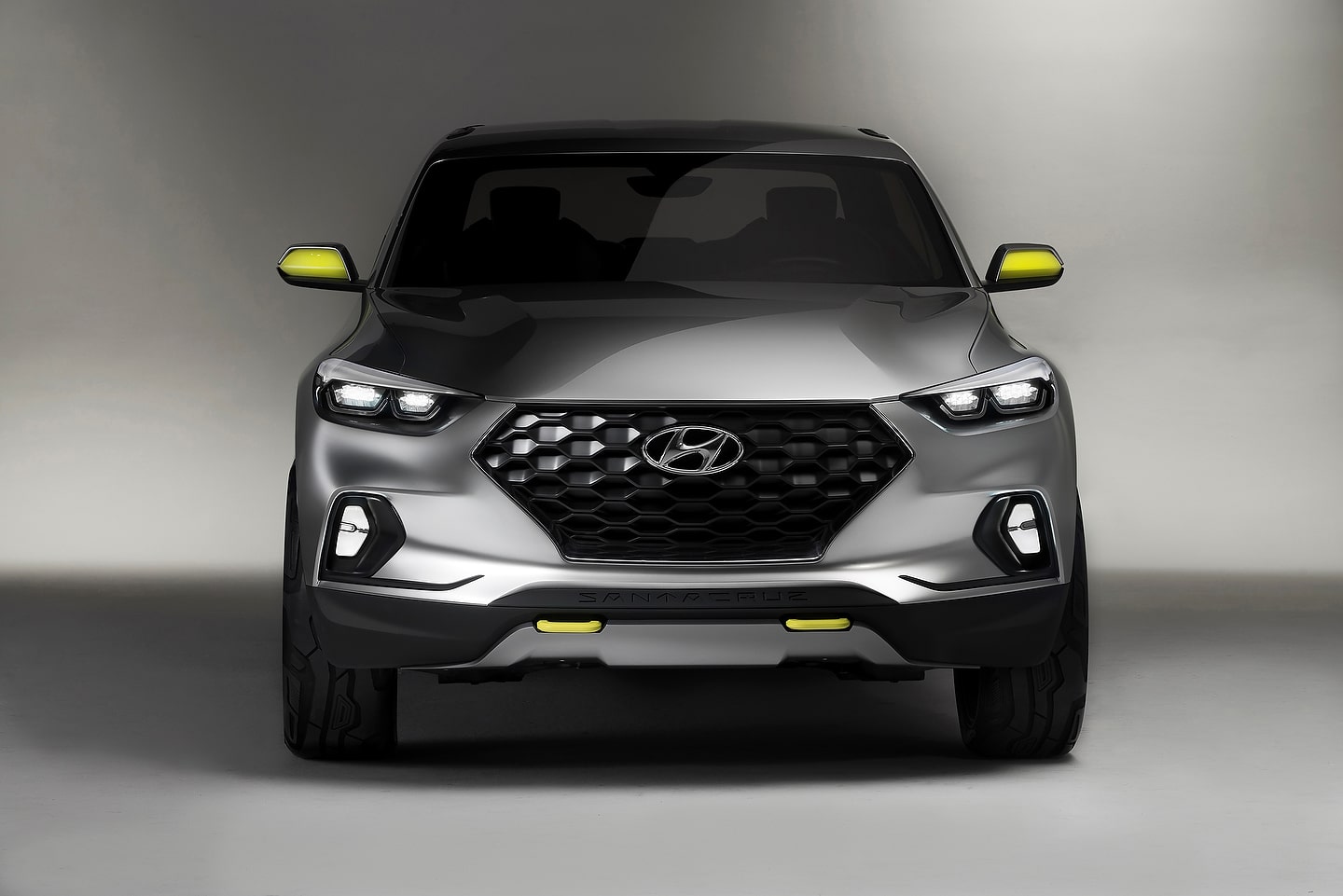 Like a Honda Ridgeline. Or a Subaru Baja. Chevrolet El Camino?

Not that is was a secret, but the future 2021 Hyundai Santa Cruz pickup’s rumoured unibody design has just been confirmed in a strange way.

Published by The Korean Car Blog, this image of a Santa Cruz body being awkwardly transported on a forklift clearly indicates what type of truck we’ll get getting. The unibody construction is similar to that of the Honda Ridgeline—and the Chevrolet El Camino, and the Subaru Baja—meaning the cab and the bed are fused together on a crossover chassis. 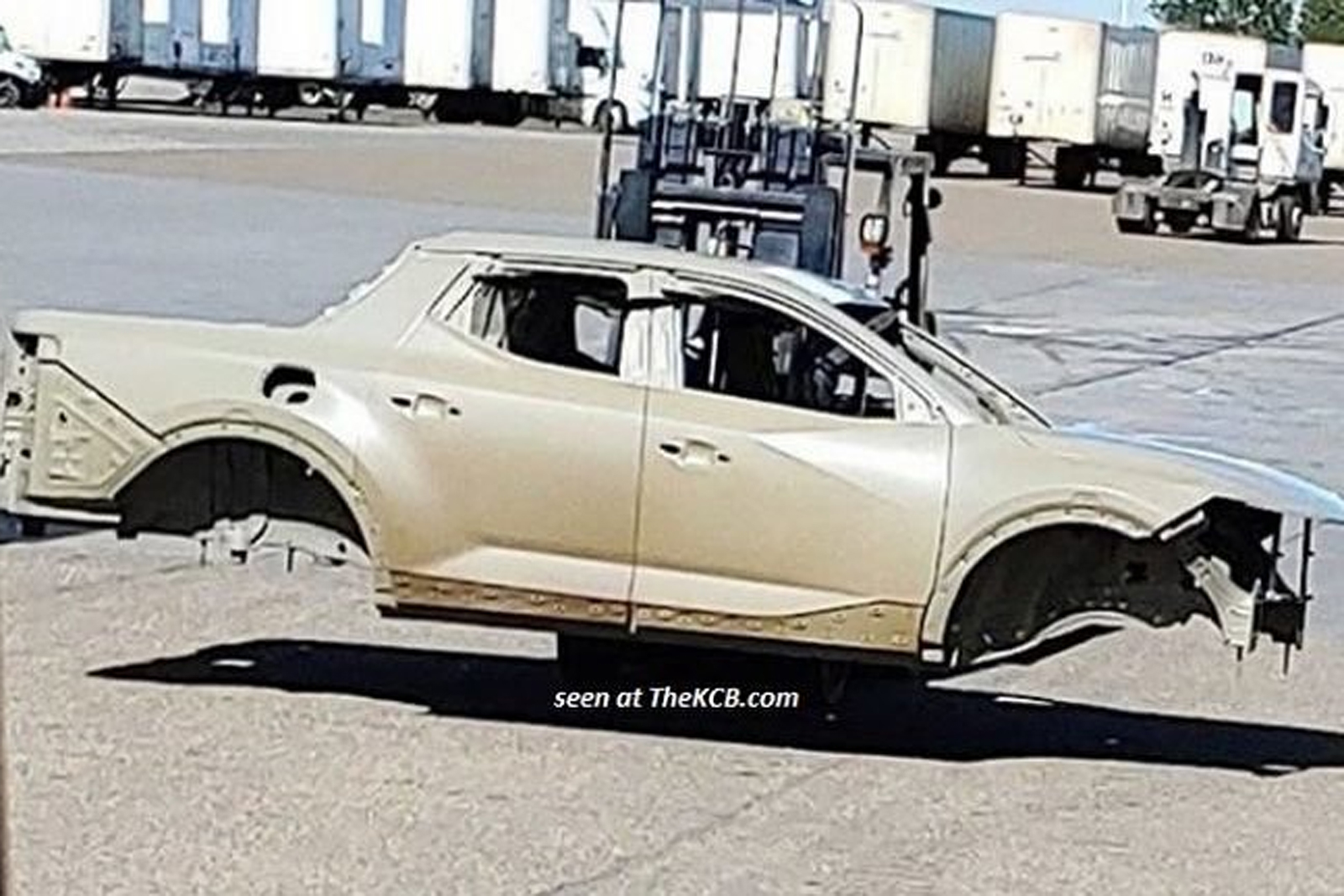 Actually, the 2021 Hyundai Santa Cruz should share the same platform and powertrains with the Santa Fe crossover, so the Korean pickup will be similar in size, or maybe a little smaller, than the Ridgeline. The Santa Cruz’s bed doesn’t look very big, and neither does the rear-seat area. Loading an ATV or even bicycles might require a bed extended. Even the company is calling it an “open-bed crossover” and not a pickup. We’ll see when the vehicle is officially unveiled.

Competitors will include the aforementioned Ridgeline, but also the Ford Ranger, the Chevrolet Colorado, the GMC Canyon, the Nissan Frontier, the Jeep Gladiator and the Toyota Tacoma. We can also name-drop Ram’s future midsize pickup, which might once again wear the Dakota nameplate. Of course, we don’t expect the Hyundai truck to follow the Gladiator, the Colorado ZR2 or the Tacoma TRD Pro off the beaten path, as it looks as though it will be more of an urban or California-style pickup.

Under the hood, the 2021 Hyundai Santa Cruz should offer the company’s naturally aspirated, 2.4-litre inline-four that develops 185 horsepower and 178 pound-feet of torque. Or optionally, the turbocharged 2.0-litre four that generates 235 horsepower and 260 pound-feet. We can expect a reactive all-wheel drivetrain that favours the front wheels under normal driving conditions, and sends torque to the rear wheels when slippage occurs. But with a 50:50 split lock button. 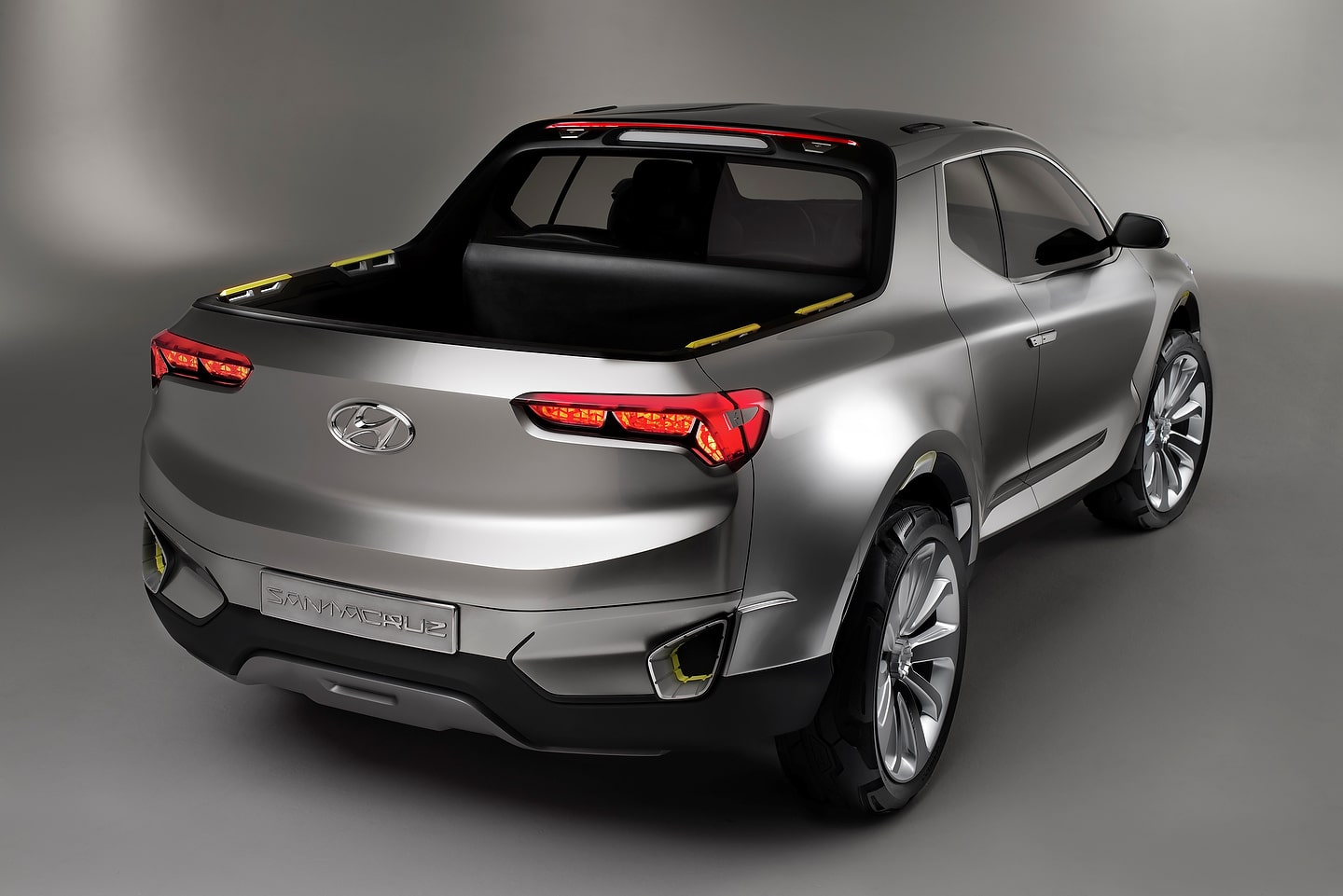 The 2021 Hyundai Santa Cruz should make its debut later this year, possibly this summer if its launch isn’t affected by the COVID-19 pandemic. The pickup/open-bed crossover will be built in Alabama, USA.

The Indi One is IndiEV’s first vehicle, a midsize crossover. Two fully electric powertrains available, with 275 or 475 horsepower. Pricing ranges from...
Read more
Previous articleHonda Delivers 10 Specially Fitted Pandemic-Prepared Odyssey Minivans To The City Of Detroit
Next articleNew Land Rover Defender To Get A V8