At A Glance 2021 Hyundai Tucson At a Glance

2021 Hyundai Tucson At a Glance

Michel Deslauriers
At A GlanceGlance
October 6, 2020 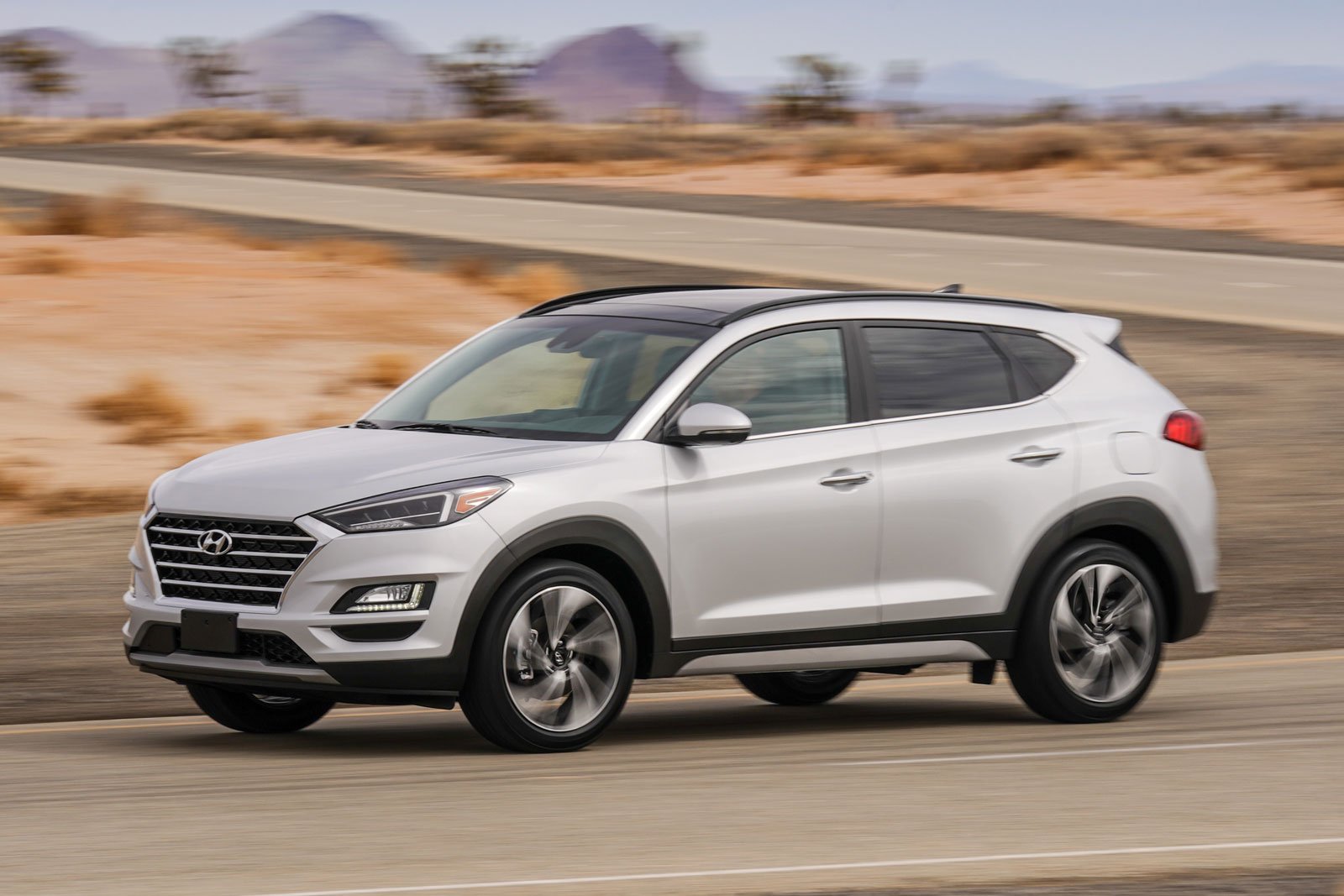 One last lap before the strikingly redesigned Tucson arrives.

After the reveal of the all-new 2022 Tucson, with its striking exterior design, the current-generation, 2021 Hyundai Tucson suddenly seems stale, but it’s still a very interesting and competitive compact crossover.

Introduced for in its current form for the 2016 model year, the third-gen Tucson represents a significant step up from the preceding one. It rides on a 105.1-inch (2,670-millimetre) wheelbase, which is among the shortest in its segment, while overall length also ranks among the stubbiest. However, front-seat legroom surpasses that of all other compact models, while headroom and cargo room are more or less average compared to its rivals.

Those adversaries include the Honda CR-V, the Ford Escape, the Nissan Rogue, the Toyota RAV4 and the Chevrolet Equinox, among many others.

The 2021 Hyundai Tucson’s base engine is a 2.0L inline-four that develops 161 horsepower and 150 pound-feet of torque, mixed with a six-speed automatic transmission and the choice of front-wheel and all-wheel drivetrains. With the latter, the Tucson delivers city/highway/combined ratings of 22/25/23 mpg in the U.S., 10.8/9.2/10.1 L/100 km in Canada. Almost every other compact crossover can do better.

The upgrade engine is a 2.4L four, which replaced the turbocharged 1.6L mill for the 2019 model year. It produces 181 horsepower and 175 pound-feet of torque and is matched to the same transmission and drivetrain combinations. It boasts the same combined average of 23 mpg or 10.1 L/100 km as the 2.0L engine, so the extra 20 horses come at no expense at the pump.

Standard features include 17-inch wheels (alloy in the U.S., steel with covers in Canada), automatic headlights, a windshield wiper de-icer (with AWD in the U.S.), cloth upholstery, a height-adjustable driver’s seat and an infotainment system with a seven-inch touchscreen as well as Apple CarPlay and Android Auto integration. There are other equipment distinctions between the two markets, as the 2021 Hyundai Tucson gets standard fog lamps and heated front seats, as well as heated rear seats in all but the base trim in Canada. Meanwhile, a power-adjustable driver’s seat is included in every trim except base in the U.S., a feature reserved for the trop trims north of the border.

What the 2021 Hyundai Tucson Does Well

What the 2021 Hyundai Tucson Doesn’t Do Well

The 2021 Hyundai Tucson is an interesting crossover for its affordable price, its standard feature list and its easy-to-live-with drive and character. For its last model year before a thorough redesign, it should also be offered with alluring interest rates or cash rebates to further sweeten the deal.

However, and despite not being all that old, the Tucson has aged quite a bit in this ever-challenging segment, as many of its rivals have been redesigned since then and are more fuel-efficient. For those who don’t have kids, the Hyundai Kona is arguably more attractive, or at least more modern, costs less and is also available with AWD. There’s nothing exciting about the Tuscon, but it’s not a bore or a chore to drive either.