Small, but welcome changes for the British EV.

The 2021 Jaguar I-PACE will benefit from a few improvements, including an all-new infotainment system and increased charging speeds, as well as some trim and appearance changes as well.

Jaguar XE And XF May Be Out, Replaced By Luxury Hatchback For Young Buyers

Touted as “the world’s first premium all-electric performance SUV” by Jaguar—which probably forgot that the Tesla Model X arrived on the market almost three years earlier—the refreshed I-PACE receives new Atlas Grey grille mesh as well as an optional Bright Pack, which rounds up a Noble Chrome grille surround, chrome window surrounds along with Atlas Grey mirror caps and rear bumper diffuser. Caldera Red, Portofino Blue and Eiger Grey are new paint colours, while new alloy wheel designs are available. As a matter of fact, a set of 19-inchers are offered for the first time, complementing the existing selection of 18-, 20- and 22-inch wheels. 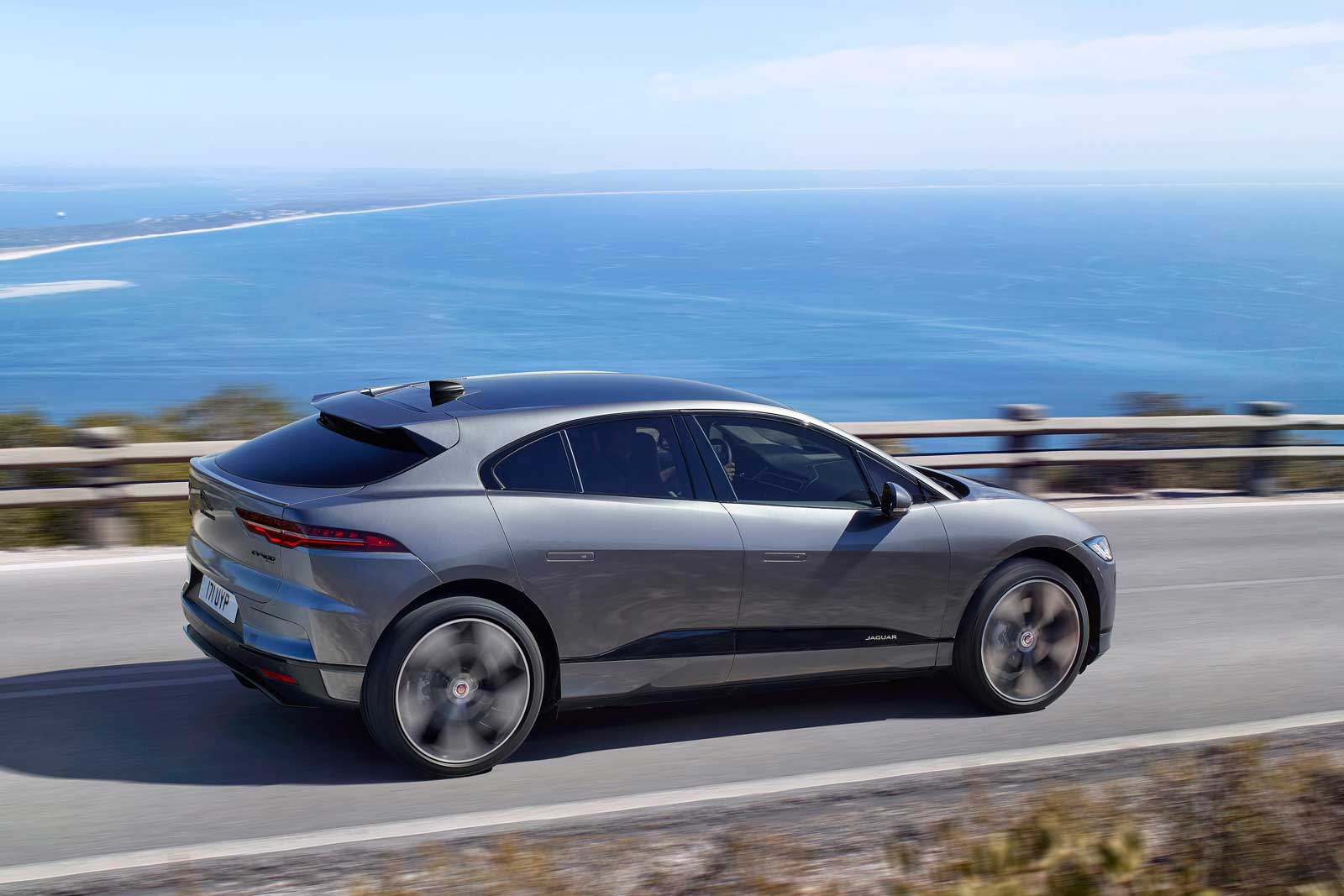 The Pivi Pro infotainment system is new, and the 2021 Jaguar I-PACE is the brand’s first model to get it. It’s comprised of a 12.3-inch digital instrument cluster, 10- and 5-inch upper and lower centre stack touchscreens as well as multifunction rotary controllers with haptic feedback. The automaker claims smartphone-like ease of use, fast processing and a completely revised navigation system with fewer required steps to punch in a destination. The on-screen map can now be zoomed in and out with finger pinching, just like on a smartphone app, and thanks to self-learning algorithms, the voice guidance system will also keep quiet when we’re driving through well-known areas—such as in our own neighbourhood.

Pivi Pro also features over-the-air updates in the 2021 Jaguar I-PACE, provided there is an available internet connection, and where the information is available, the system can predict a charge level for each planned waypoint in addition to telling the driver where to find available charging stations, how much they cost and an estimated charge time. 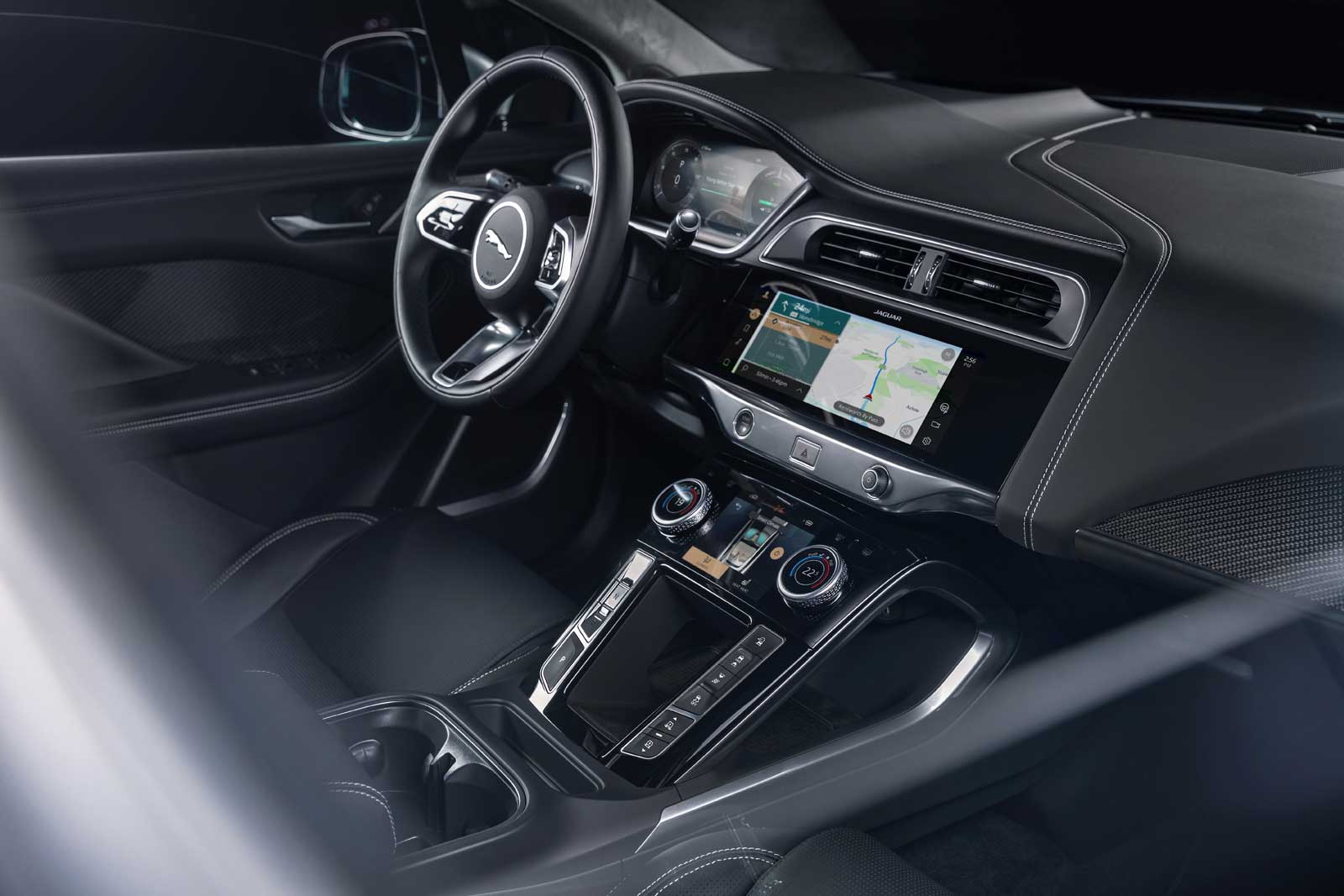 In addition to optional wireless phone charging, there’s a new 3D Surround Camera providing a 360-degree digital plan view of the surrounding area—the I-PACE already offers a 360-degree camera system, but this one is reportedly better—and a ClearSight rear view mirror, which uses a rear-facing camera to provide an unobstructed view of the road behind. The climate control system in the 2021 Jaguar I-PACE has also been enhanced, while a cabin air ionisation system keeps the vehicle’s cockpit filled with fresh air. An improved Meridian 3D Surround Sound System adds to more speakers in the vehicle’s headliner, for a total of 16 speakers and a subwoofer.

An 11-kW on-board charger is now included, so owners with three-phase home charging equipment can enjoy a full charge in as little as 8.6 hours, down from the current 13-hour period with a 7-kW charger. 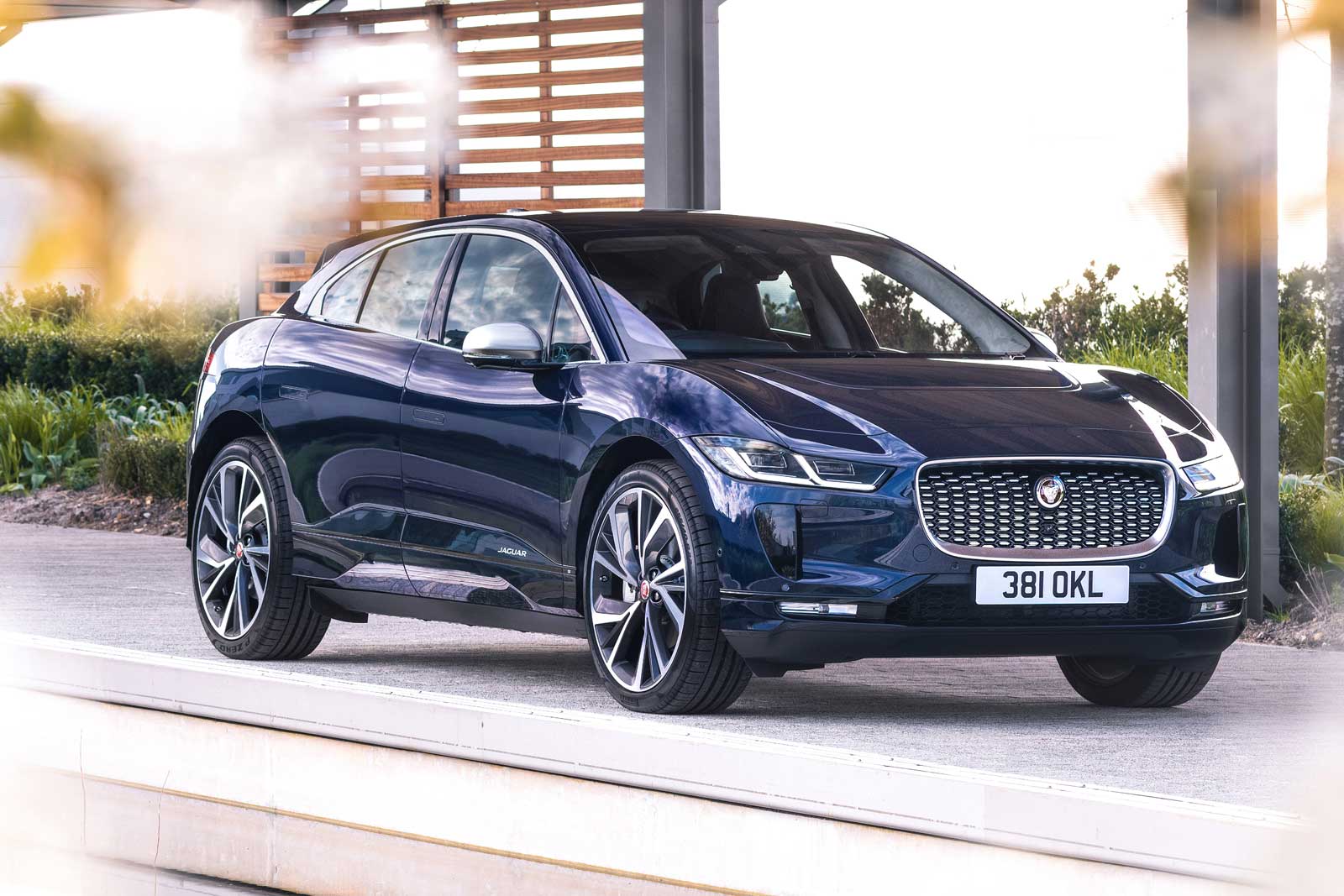 The 2021 Jaguar I-PACE’s powertrain remains the same, which consists of two electric motors and a single-speed transmission for an output of 394 horsepower (400 PS) and 512 pound-feet of torque. The 90-kWh battery pack provides an estimated driving range of 234 miles in the United States and 377 kilometres in Canada.

Pricing for the 2021 Jaguar I-PACE in North America hasn’t yet been announced, nor its on-sale date.