The 2021 Kia Sorento has been improved in a lot of ways, we just wish it had more space

Like many German or Italian luxury cars, Kia vehicles have a very distinctive personality. If the automotive equivalent of the blind test existed, one could identify a Kia by the way it drives and feels without ever seeing the badge upfront. The 2021 Kia Sorento is the latest model from the Korean automaker, and it feels just like a Kia should.

Specifically, it’s sportier than most midsize SUVs. It feels sharper and more agile. The engine packs plenty of oomph, especially the optional 2.5-litre, turbocharged four-cylinder engine that delivers 281 horsepower and 311 pound-feet of torque. The interior found within this new generation looks great and has a definite luxury feeling.

Great handling, strong performance and a beautiful interior, the trifecta of Kia-defining features. Traditional Kia Sorento problems are found in this new generation, as well. There’s not enough space inside compared to the competition, and the fuel economy is subpar.

Things have changed quite a bit under the Kia Sorento’s redesigned hood. The 3.3-litre V-6 engine is gone in the lineup, forcing buyers who want six cylinders to turn to the larger, more expensive Kia Telluride.

This alone may be a problem for some buyers. The segment still offers plenty of six-cylinder options and up until now on the Mazda CX-9 offered a turbocharged four exclusively. The base engine in the Kia Sorento is a 191-horsepower, 2.5-litre four-cylinder with 191 horsepower and 181 pound-feet of torque. This is by far the least powerful option in the segment.

The 2.5-litre turbo that replaces the V-6 is the best way to go. With 281 horsepower and 311 pound-feet of torque, it’s the most powerful engine offered in this segment if you discount the Jeep Grand Cherokee or Dodge Durango.

Does it feel faster than the outgoing V-6? Not really. As a matter of fact, I expected more from the powertrain. I said earlier that it was one of the Sorento’s strong suits and that’s still true, but 281 horsepower should feel quicker than the Sorento actually feels when you floor it. It was the same situation in the Kia K5 I tested in December. The engine doesn’t feel as quick and reactive as its on-paper specs would have you believe.

It can tow up to 3,500 pounds which is also disappointing, given that most of its rivals tow 5,000 pounds.

Last but not least, fuel economy is pretty bad. I averaged 12.4 litres per 100 kilometres, roughly 19 mpg. Not great. You will do better in most other midsize SUVs.

That said, the 2021 Kia Sorento remains a lot of fun to drive. Like the Volkswagen Atlas or Mazda CX-9, it feels sharp and handles great – for a three-row SUV. For buyers who genuinely enjoy driving but are “forced” to go with a midsize SUV because they need the space, the Sorento is on the short list of models that will work for you.

The comfort level is also quite good. It’s not on the same level as an Atlas, Toyota Highlander, Ford Explorer or Honda Pilot, but it’s not as far off as the previous generation was. It’s quiet, and even my tester’s 20-inch wheels didn’t hinder comfort too much.

The Sorento did very well in the snow as well. After the first snowstorm hit Montreal, Kia’s midsize SUV dealt with deep snowbanks and icy roads with reassuring stability even on 20-inch winter tires that wouldn’t be our first choice (Continental Winter Contact).

The 2021 Kia Sorento’s interior is beautiful, even with our tester’s base 8-inch screen. Top-of-the-line models get a fully digital instrument cluster and 10.25-inch infotainment screen, but unlike many other vehicles, you don’t feel like you’re missing out even in the base setup. As usual with Kia, the infotainment system is easy to navigate, quick to respond to inputs, and overall really great.

The X-Line trim we tested has six seats divided into three rows while other versions get three seats in the middle row. I personally prefer the open middle area as it can be used to store more stuff, but either way the rear seats offer decent interior space. The cargo area has grown compared to the last Sorento, and the added space is welcome.

However, the 2021 Kia Sorento, despite being more spacious than the outgoing model, is still the smallest midsize SUV you can buy (along with the Mazda CX-9). With just 357 litres of space available when all seats are in place, you can’t really use the trunk if all seats are occupied. It has roughly 100 litres of cargo space less than most midsize SUVs with all seats in place, and 500 to 750 litres less total cargo capacity compared to the most spacious options in the segment.

The first question you need to answer before you consider the Sorento is just how much space you need. Next is how much towing capacity you need. If your needs aren’t considerable in both areas, then the Sorento’s handling and luxurious interior are worth considering. It’s more fun to drive and more refined than the outgoing model, and more comfortable as well.

It also offers good value with a starting price of $33,995 in Canada and $29,390 in the US. All things being equal, you will pay less for a Sorento which is something to consider in your calculations. 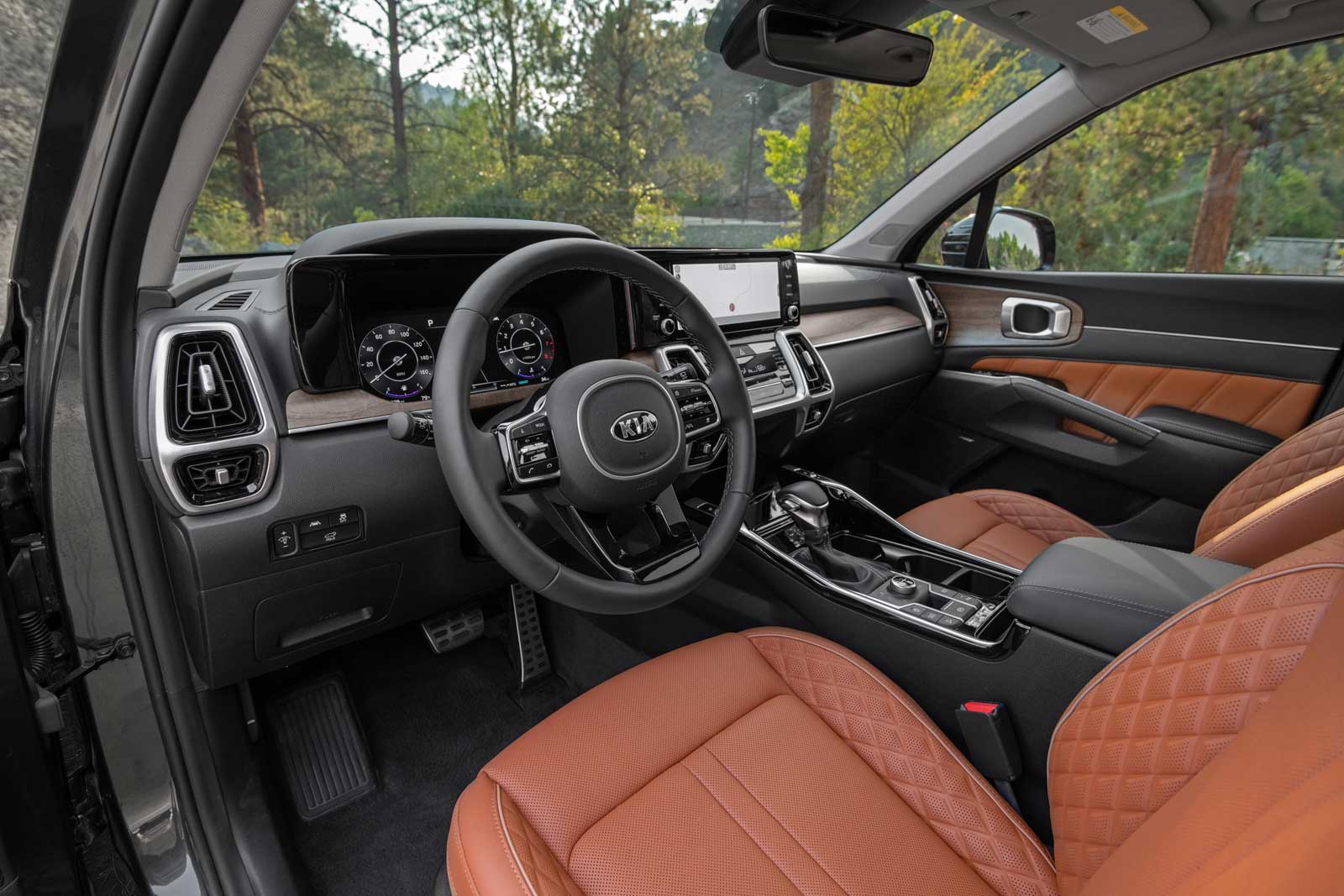 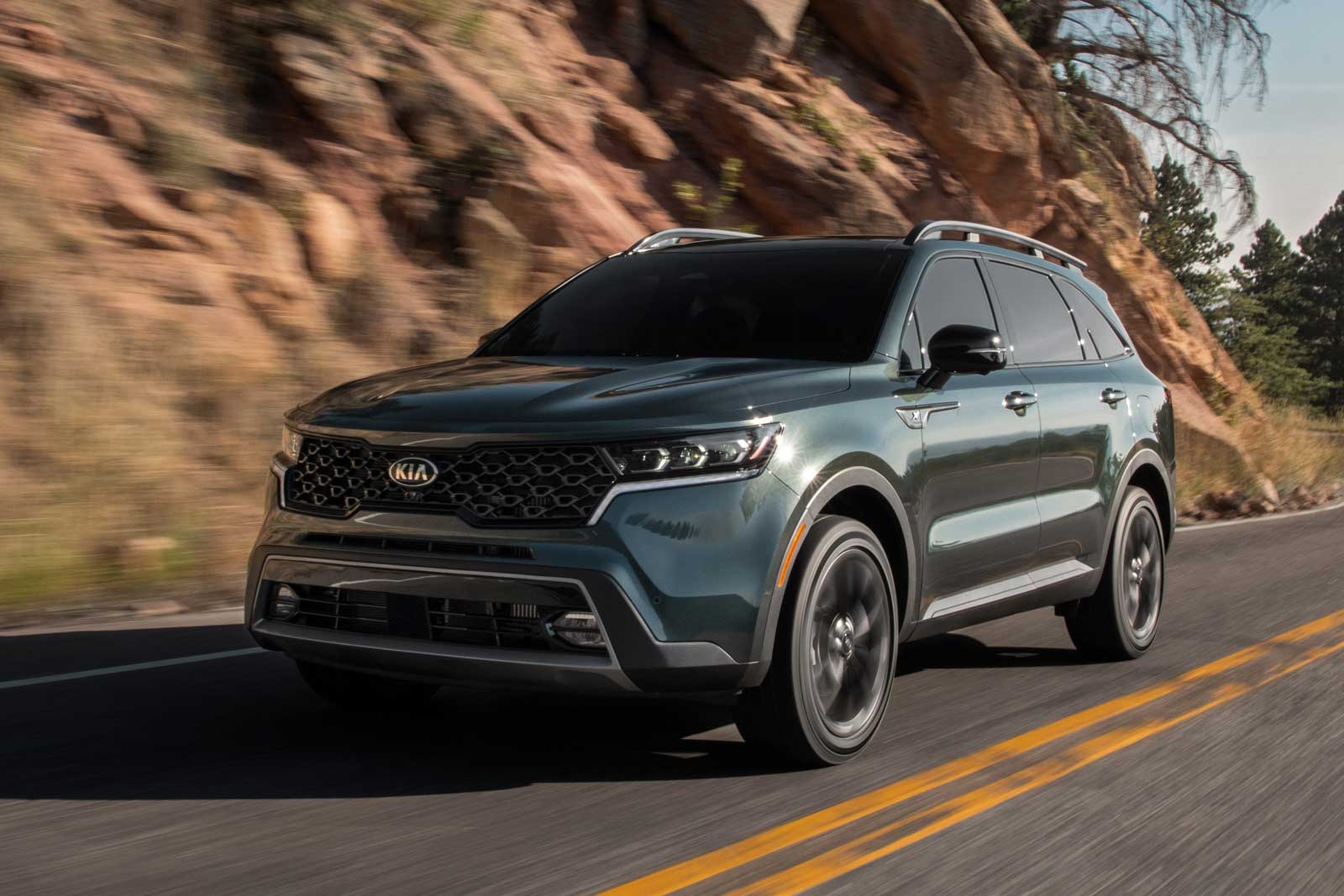 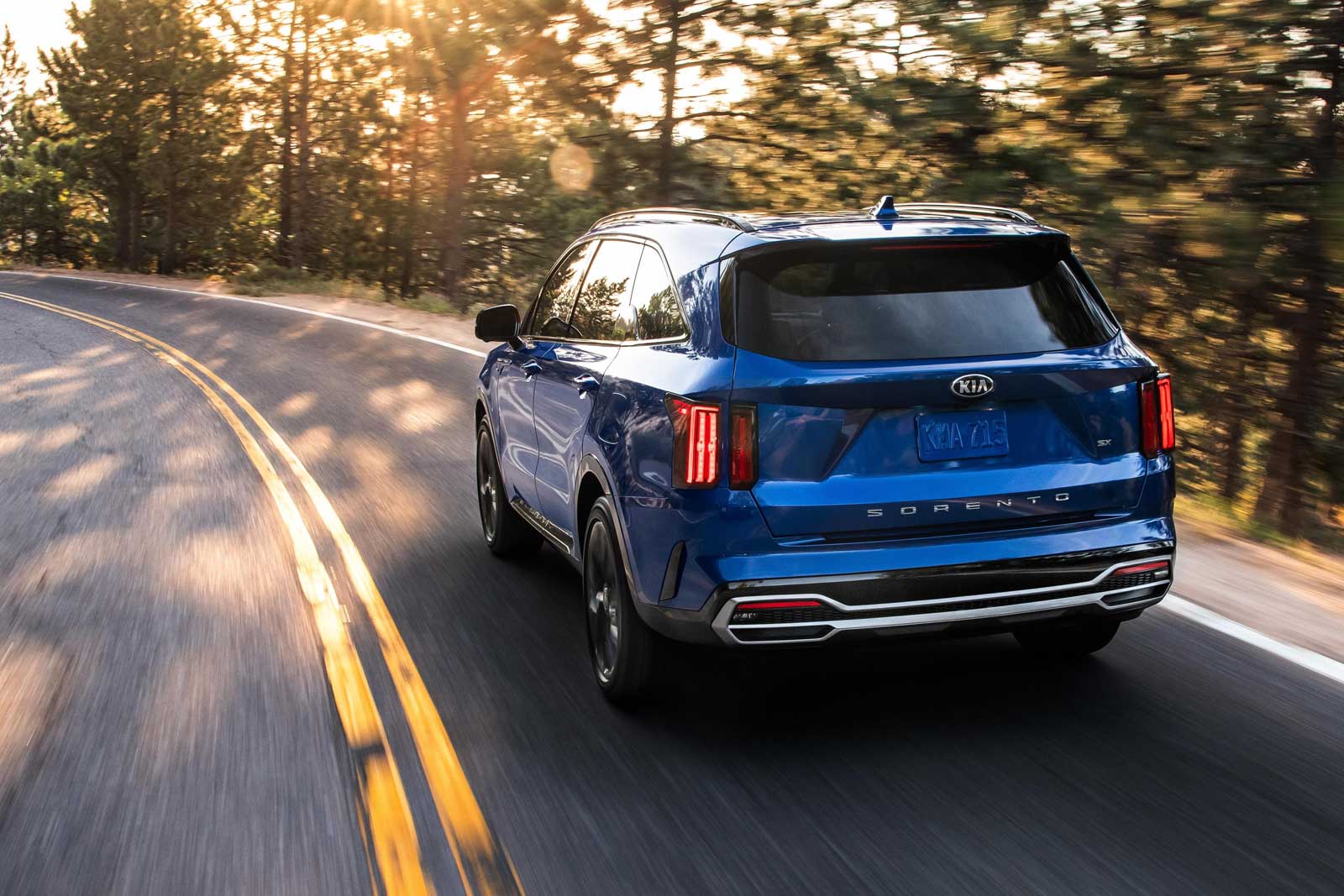