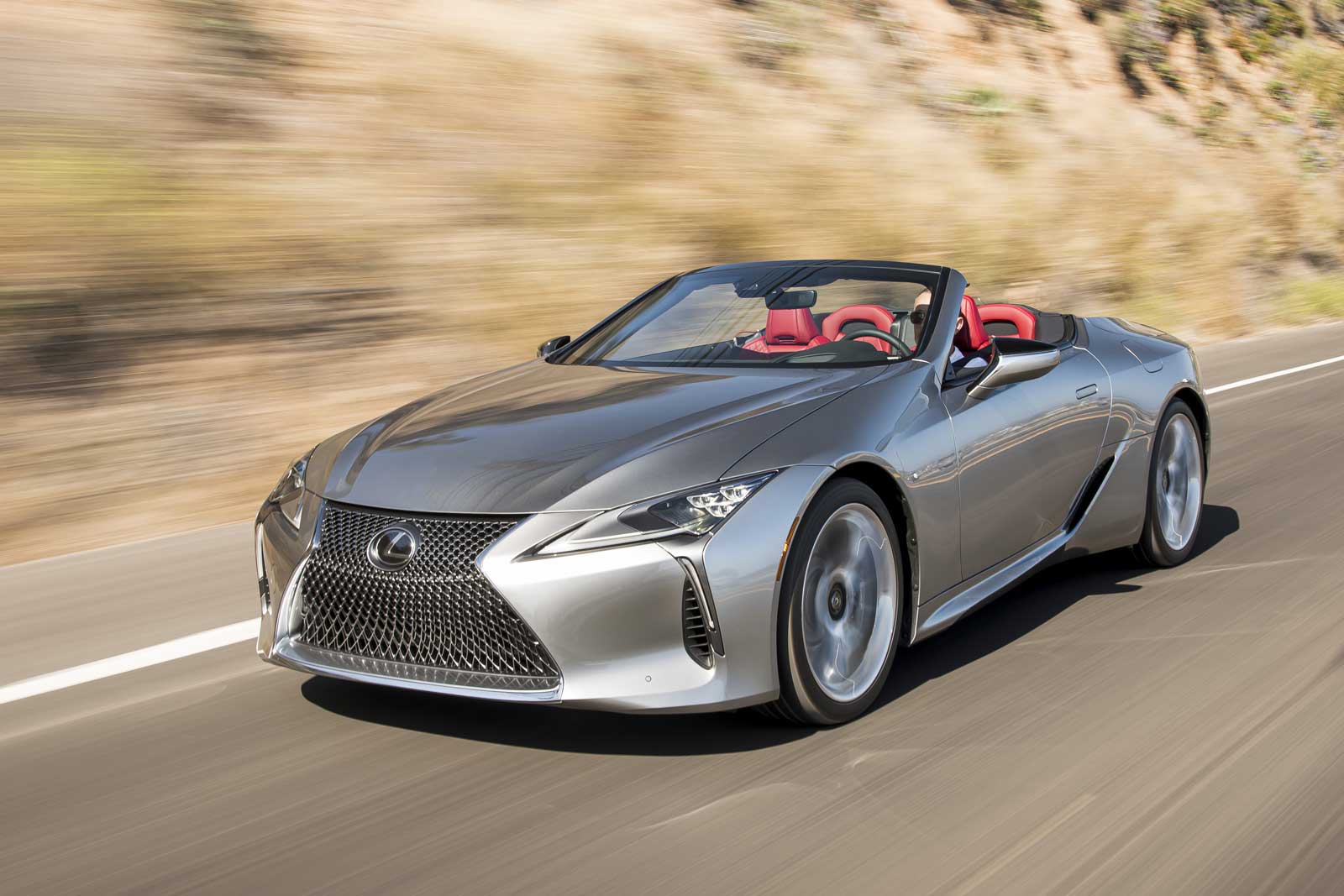 The brand’s first droptop since the Lexus SC 430.

The 2021 Lexus LC Convertible will be added to the luxury brand’s portfolio in the summer of 2020, and it will be the first droptop in the lineup since the last-generation Lexus SC, which was sold from 2001 to 2010. It will compete against the Mercedes-Benz S-Class Cabriolet and Mercedes-Benz SL, the Porsche 911 Cabriolet and the BMW 8 Series Convertible.

The LC 500 Convertible will be equipped with the same powertrain as its coupe counterpart, which means a naturally aspirated, 5.0-litre V8 engine that develops 471 horsepower and 398 pound-feet of torque. All of that is sent to the rear wheels via a 10-speed automatic transmission. According to the manufacturer, the topless LC can blast from 0 to 60 mph in 4.6 seconds and reach a top speed of 168 mph (270 km/h). Unlike the coupe, there will be no hybrid variant. 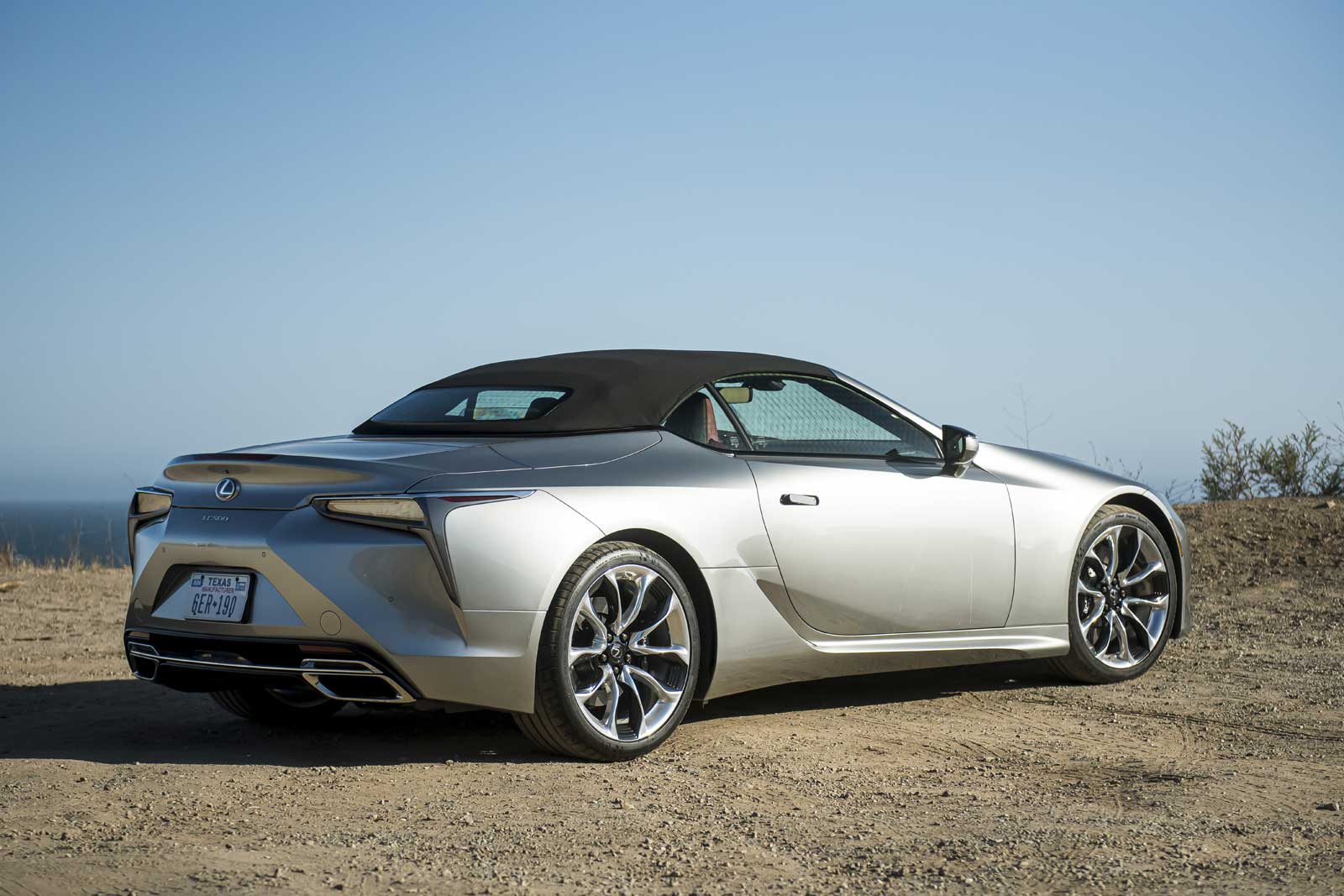 The 2021 Lexus LC 500 Convertible will get its own personality, or “athletic identity” as the brand points out. Engineers designed a new torsion box at the rear of the car, along with new chassis and suspension bracing to ensure the car’s stiffness. The suspension itself was also returned to handle the extra weight and balance compared to the LC coupe, in order to preserve optimal handling and performance. Twenty-inch wheels are standard in the United States, while 21-inch alloys are available—Canadian-spec models will wear the bigger wheels straight out of the factory. 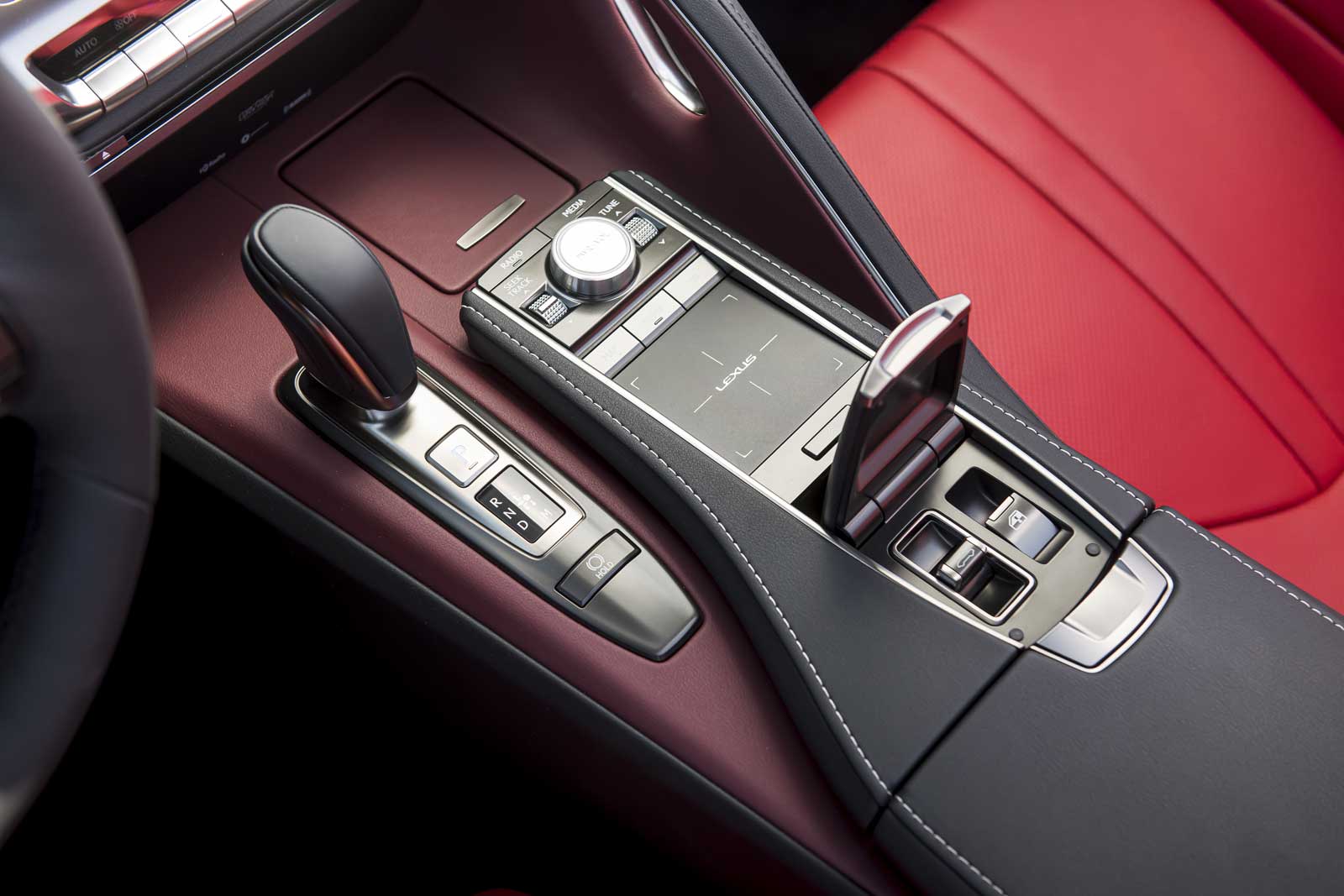 The LC uses a power-folding, four-layer soft top and a tonneau cover in order to keep the car’s sleek shape. The top can be lowered in 15 seconds and raised in 16, even while the car is travelling at speeds of up to 31 mph (50 km/h). No significant changes are to be found in the convertible’s cockpit compared to the coupe’s, although the brand does mention that the sound system’s equalizer automatically adjusts itself when the top is lowered. The LC boasts a 10.3-inch infotainment screen with Apple CarPlay and Android Auto integration, along with a Mark Levinson 13-speaker stereo that’s optional in the U.S., standard in Canada. 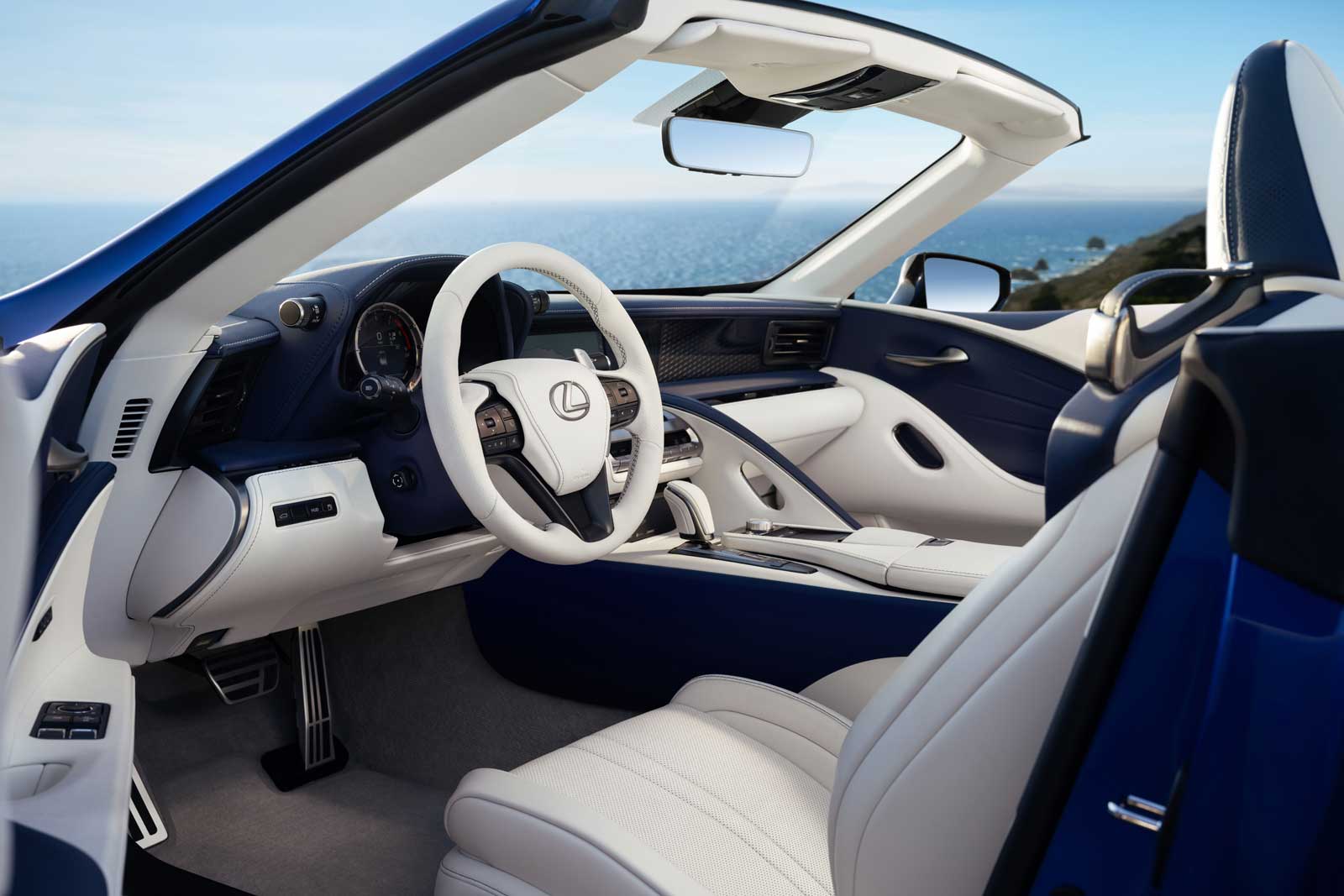 Eleven paint colours are available on the 2021 Lexus LC Convertible in the U.S., nine in Canada, while two soft top colours and three interior trim hues are available as well. There’s also an Inspiration Series variant, of which only 104 units will be produced (100 for U.S., 4 for Canada), that features exclusive Structural Blue paint, Amalfi White interior leather trim and Marine top. 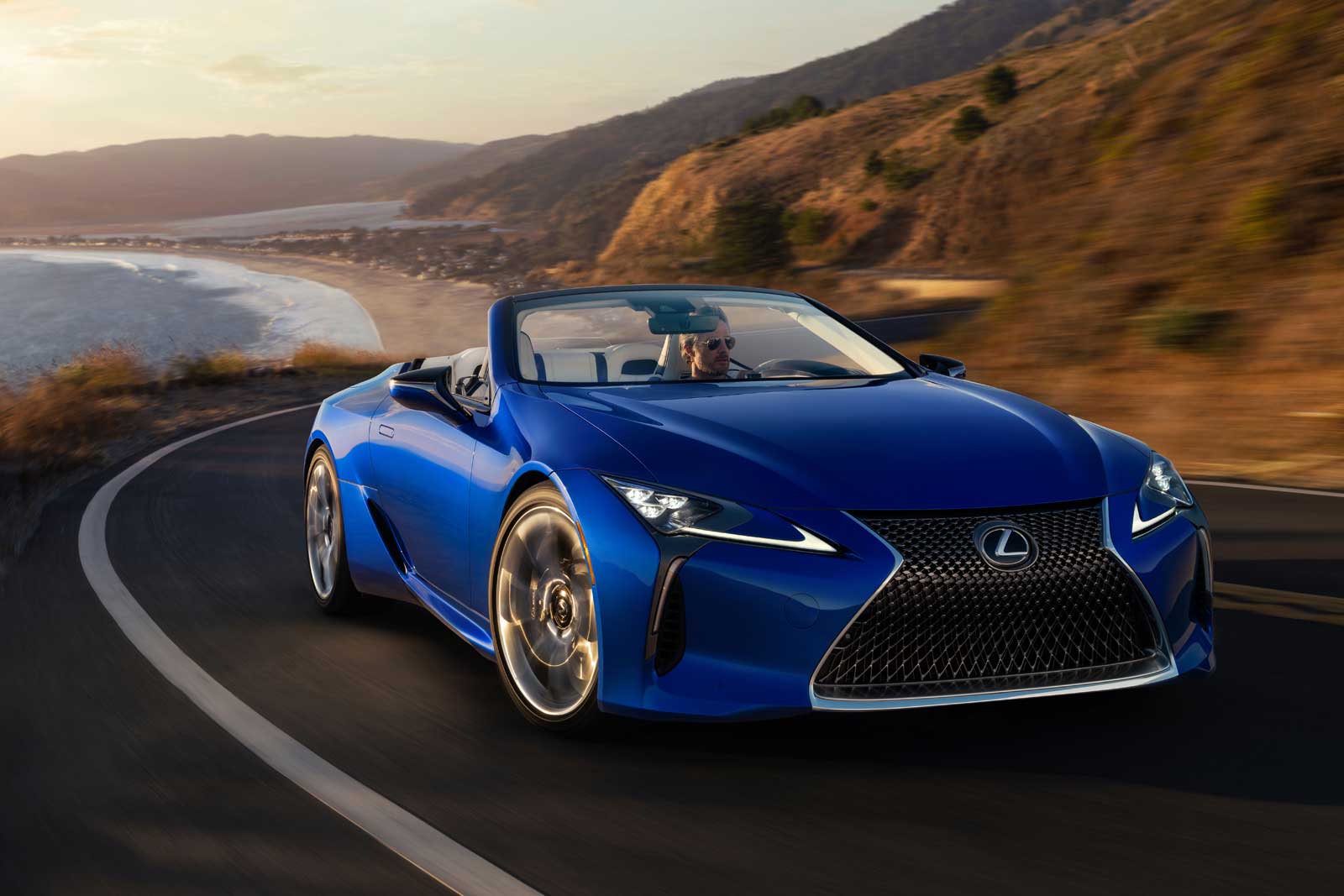