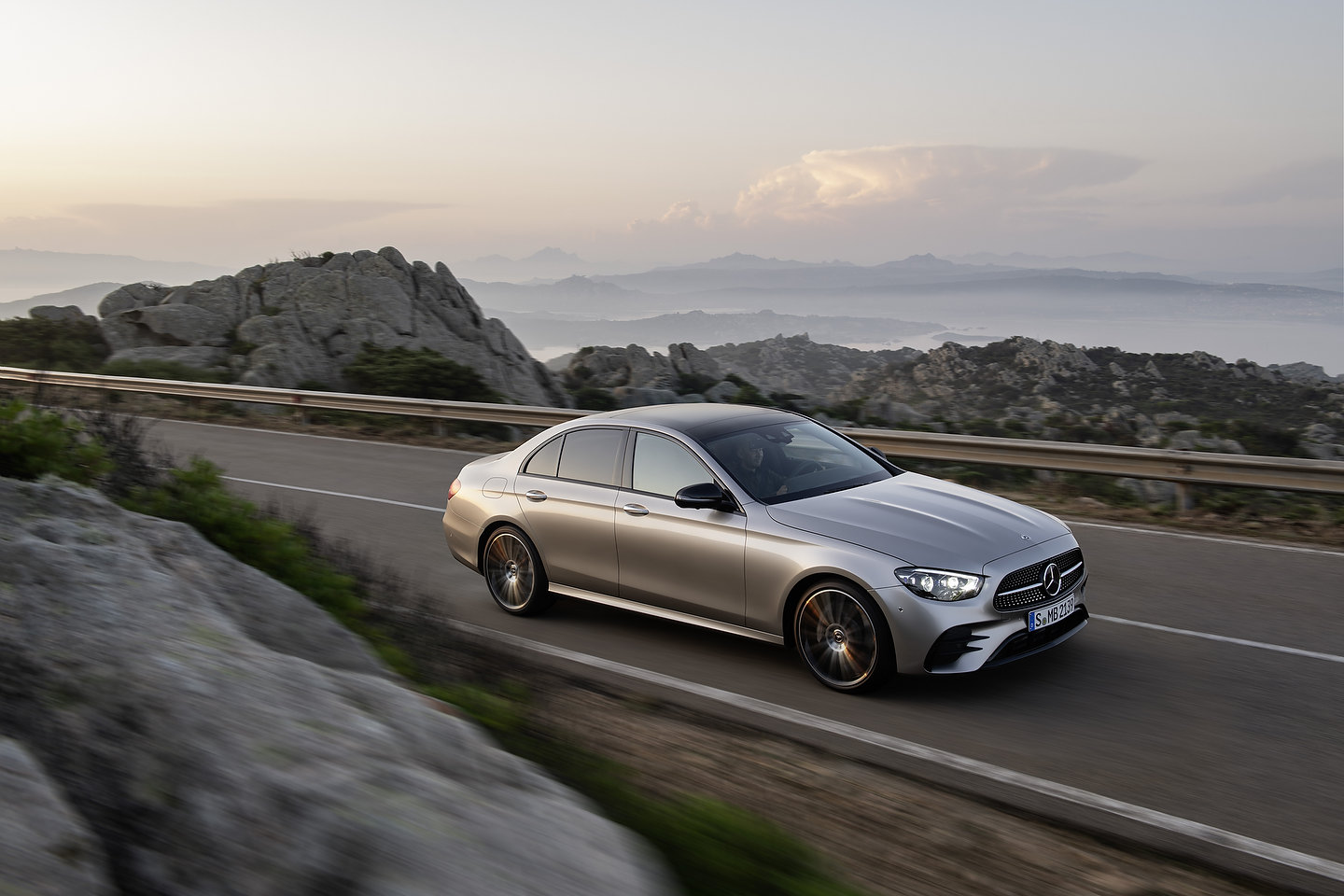 The midsize best-seller gets EQ Boost, new tech and MBUX.

After selling 1.2 million copies of the current-generation Mercedes-Benz E-Class, it was time for a redesign. The new generation was supposed to be unveiled at the Geneva Auto Show, but like many other manufacturers, the brand opted for a virtual debut instead. The car will once again rival the BMW 5 Series and Audi A6.

In typical German automaker fashion, the 2021 Mercedes-Benz E-Class is first shown in sedan and station wagon body style, while the coupe, cabriolet and long-wheelbase sedan (for China) will follow later on, along with multiple trims and powertrains. Good news for North America: the All-Terrain variant of the E-Class wagon will now be offered.

Speaking of which, the E 300 starts off with a new 268-horsepower (272-PS) turbocharged, 2.0-litre four-cylinder engine that’s fitted with a 48-volt electrical system and EQ Boost mild hybrid assist, proving extra bursts of 20 horsepower and 133 pound-feet of torque. The starter-generator system is now integrated to the nine-speed automatic transmission, reducing weight and complexity.

A gasoline inline-six with EQ Boost will also be available in the E 450, similar to what’s currently offered in the Mercedes-Benz CLS. Diesel and plug-in hybrid powertrains will also be offered, ranging in output from 154 to 362 hp, although not all of them will reach the North American market. What we will be getting is a plug-in hybrid variant, although we don’t have any details yet.

Of course, there will be high-performance variants of the new midsize car, starting with the Mercedes-AMG E 53 4MATIC+. It’s equipped with a twin-turbo (actually, a regular turbo and an electric compressor) 3.0-litre six that belts out 429 horsepower (435 PS) and 384 lb-ft of torque, with an extra 21 hp and 184 lb-ft temporarily coming alive from the EQ Boost system. The automaker claims a 0 to 100 km/h time of 4.5 seconds for the sedan and 4.6 for the wagon.

The 2021 Mercedes-Benz E-Class gets a refreshed exterior design, but the overall shape hasn’t changed. We note redesigned headlights and taillamps, a new grille and front bumper and some other cosmetic updates. The car benefits from interior tweaks and new colour combinations as well, but the most important changes are technological, with the adoption of the MBUX infotainment system and the integration of more advanced safety features. The E-Class also gets a dual 12.3-inch widescreen display as standard in our market.

The 2021 Mercedes-Benz E-Class is set to go on sale in Europe this summer, and will reach Canadian and U.S. shores in the fall.

The drawing shows a futuristic EV wearing the GMC and Denali logos The portrayed vehicle looks like a compact SUV It is still...
Read more

The entry-level rear wheel drive version will have up to 502 kilometers of range Deliveries of this model will begin in the fall,...
Read more
Previous articleThe New Porsche 911 Turbo S Is 641-Horsepower Fast
Next article2021 Audi A3 Sportback Is All Premium In A Sporty Compact Shell