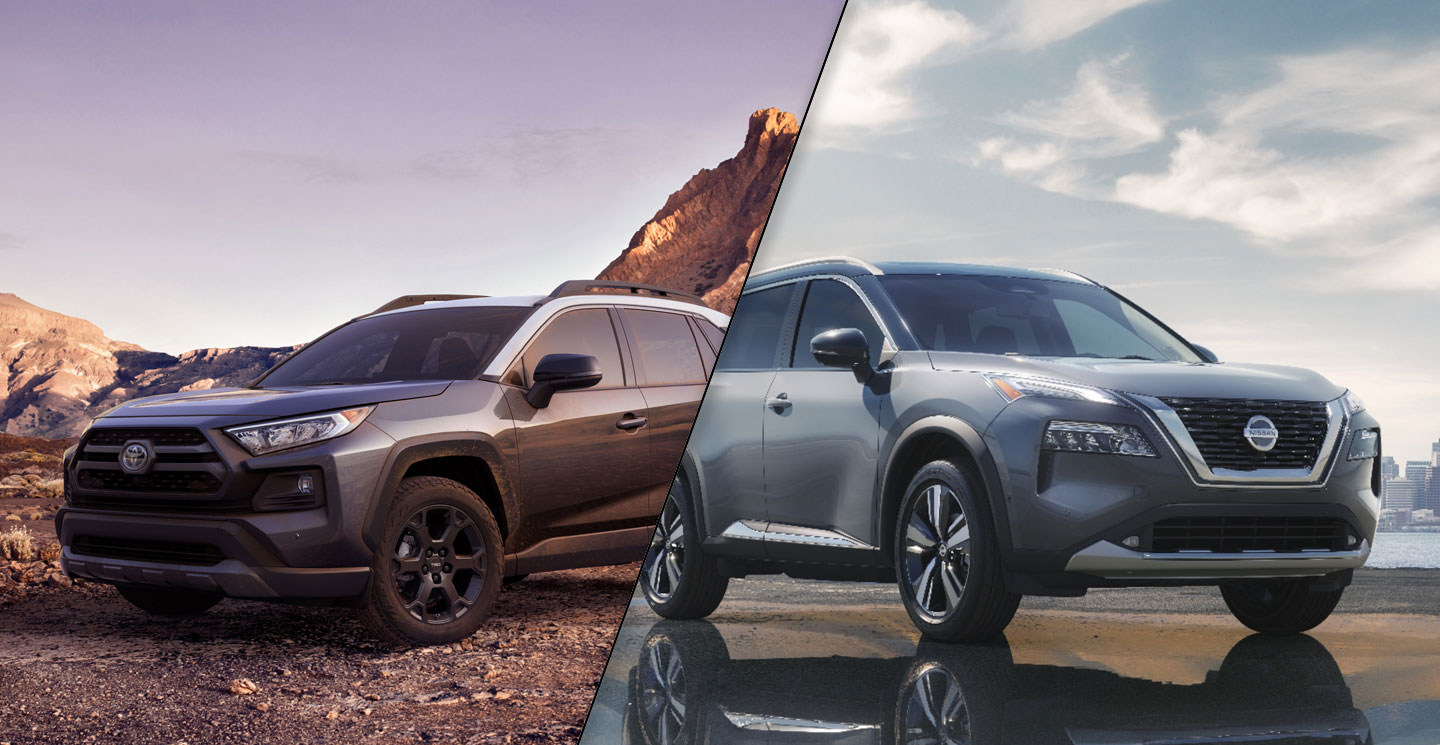 These two compact SUVs, the 2021 Nissan Rogue and 2020 Toyota RAV4 are juggernauts in the segment and they need to be spot-on to compete

The stakes are incredibly high in this segment, in both Canada and the US. Nowhere does this ring truer than for Nissan and the weight on the Rogue’s shoulders. It was the 6th best-selling vehicle in the US, or the third best-selling SUV overall. In Canada, it was fourth. The Nissan Rogue is more or less the reason why Nissan manages to still “put bread” on their employee’s tables in North America.

2021 Nissan Rogue Is All-New In Every Possible Way

A more important product for the struggling Japanese brand, there is not. The new 2021 Rogue must meet and surpass all expectations if Nissan is to climb out of their current hole. From what we’ve seen so far on our screens, the contents and design of the new SUV are promising. Obviously and as is required, all the images, or nearly, shared by Nissan are of its upscale Platinum trim but historically, it’s never been the top-selling one.

We have to admit that Nissan went all-out for the new 2021 Nissan Rogue but it has a serious problem and its name is the Toyota RAV4. Despite the struggle that was 2019 for the industry as a whole, it is one of the few models to have registered sales gains. The reasons for the RAV4’s popularity are numerous and begin with a style that would have been considered un-Toyota-like only five years ago.

Toyota also went all out for the RAV4’s full redesign a few years ago and admittedly, the momentum behind it would have everyone believe that it is unstoppable. It might very well be…

Let’s take a closer look at the available specs and gauge the situation.

The all-new 2021 Nissan Rogue is set to arrive in showrooms this fall. Pricing will be shared at a later date but we speculate that base S with FWD will be priced in Canada at around $28,000. The SV AWD should command a $4,000 premium while the top-line Platinum should hover near the $39,000-40,000 mark.

Nissan’s keeping to its current KISS principle where there’s only one powertrain available. In the 2021 Rogue’s case, it’s a revised and standard 2.5-litre 4-cylinder engine that now produces 181 horsepower and equal torque, an increase of 11 and 6 respectively. Interestingly, nowhere in the press release does Nissan mention the continuously variable transmission, which will be standard as well. AWD will optional on the base “S” trim and should be standard on the other two.

Toyota’s done more or less the exact opposite of Nissan where they’ve endeavored to supply choice and options for its increasing number of buyers. The base petrol Toyota RAV4 is powered by a normally-aspirated 2.5-litre 4-cylinder engine good for 203 horsepower and 184 lb.-ft. of torque which is coupled to an 8-speed automatic transmission. AWD is available or standard on all trims and versions.

The RAV4 hybrid also features a 2.5-liter Atkinson cycle engine but this time with a continuously variable transmission. In its case, the powertrain generates 219 horsepower. Finally, there’s the RAV4 Prime, a plug-in hybrid variant that is based on the hybrid. The more powerful motor-generators and new high-capacity Lithium-Ion battery boost output to 302 horsepower. 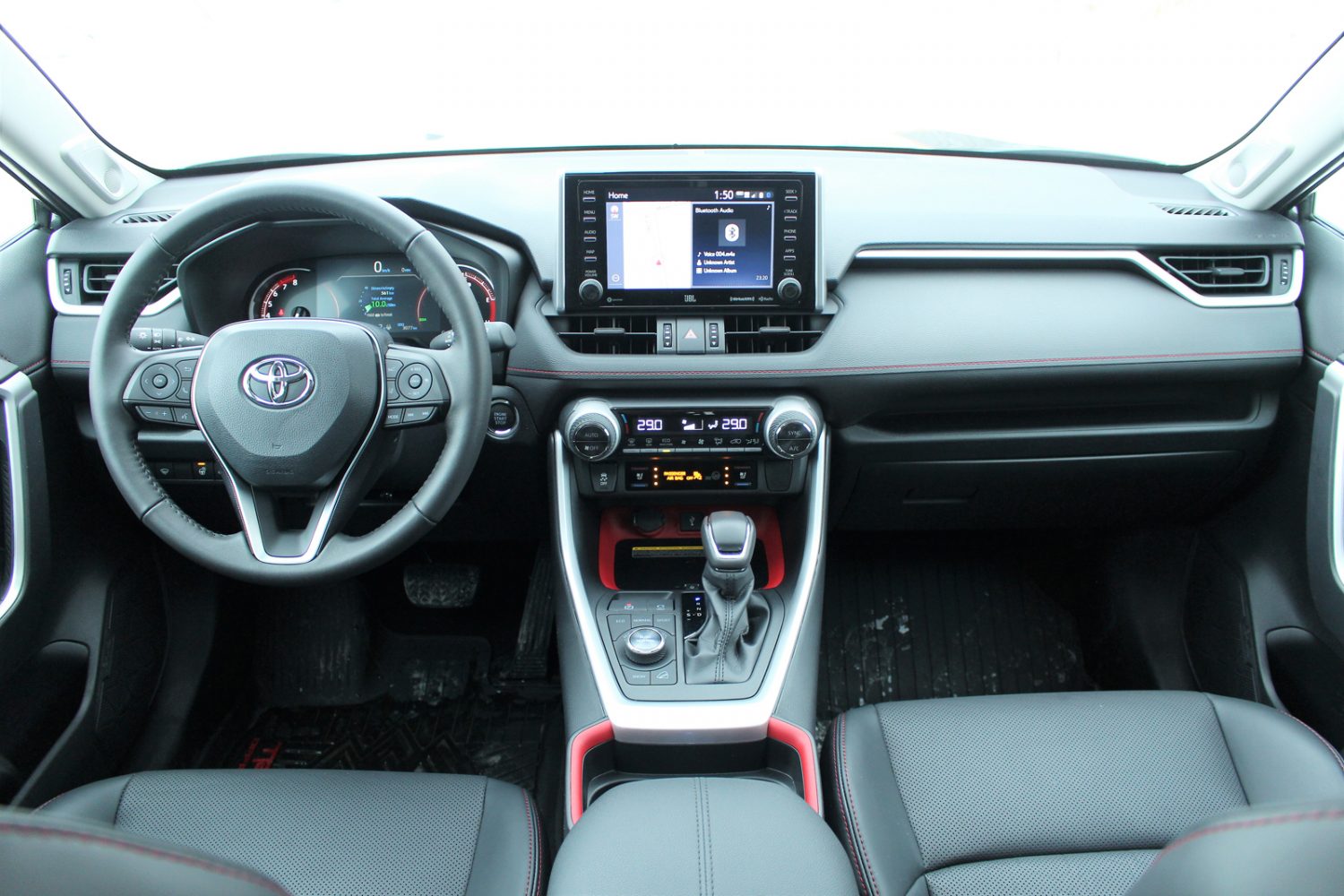 In Canada, fitted as standard in the 2021 Rogue are heated front seats, and a heated steering wheel, a 7-inch touch screen, Apple CarPlay and Android Auto, not to mention Rear Cross Traffic Alert and Rear Intelligent Emergency Braking.

While similarly equipped from the get-go, Nissan will offer an incredible suite of features that are only offered on the top-trim Toyota, or not at all. Rear heated seats, for example, are included in the Rogue SV but only in the Limited RAV4. What’s more, the Rogue can feature a 10.8-inch head-up display, a 12.3-inch digital cluster, wireless charging, and Apple CarPlay (!). Many of these amenities are typically reserved for far more expensive vehicles.

Nissan typically offers more value into its products and this should be the case for the 2021 Rogue. A fully-loaded, with all options, Rogue will likely retail for at least $42,500 in Canada, and roughly $37,500 in the US.

We’ll wait to see the new 2021 Nissan Rogue in person but the trendy split front lights rarely work aesthetically. This is the new Rogue’s most defining visual aspect. It is 1.5 inches shorter and 0.2 inches lower than the previous generation Rogue but these changes are difficult to spot. One of the notable improvements made to the body is the rear doors that now open a full 85 degrees – this will be a blessing for kids and their seats.

Overall, the new Rogue’s styling is far more upscale than the outgoing model. We must remember that the unit in the provided media packages are almost exclusively the top-line Platinum. The same goes for the cabin. The materials and the dashboard’s presentation are quite nearly exquisite however we’re curious to see the S’ door card and seats.

The RAV4’s boxier and brawnier shape has convinced everyone. The Trail version and TRD Off-Road might sound laughable but they work – keeping in mind, of course, that no one really off-roads their SUV. The cabin is well-appointed with only one small complaint and that would the touchscreen is a little too far up and away from the driver.

As far as boot capacity is concerned, the RAV4 delivers 1,059 litres (37.6 cu.ft.) of useable volume. Meanwhile, the old Rogue was rated at 1,112 litres (40 cu.ft.). We suspect that the new Rogue, although mildly shorter, will provide about as much cargo space. 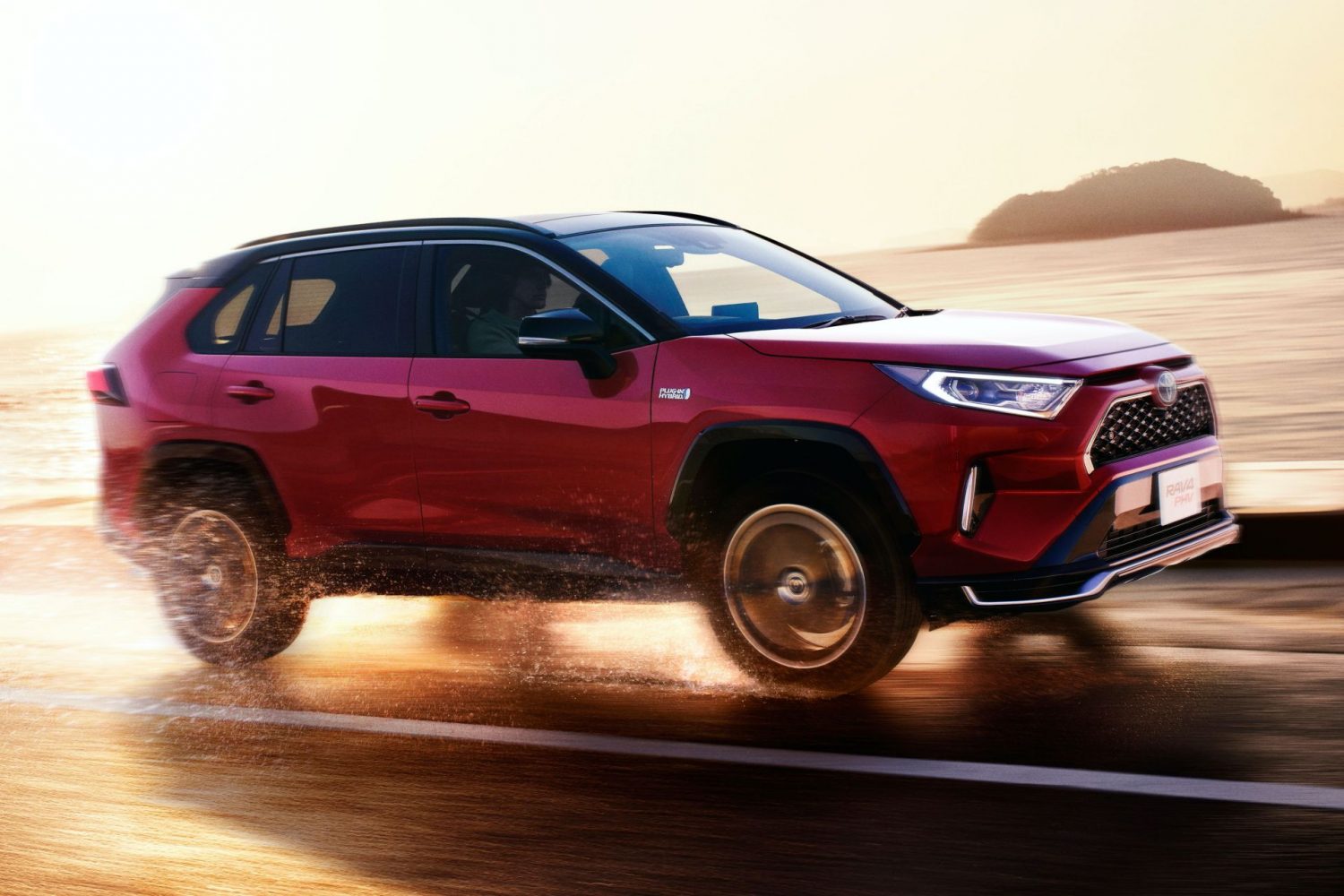 We’ve touched on this point already. The critical difference for Nissan is that it has essentially been reduced to a one-trick pony and that trick is the Rogue. The Altima remains a decent seller in the US however most other vehicles, including the Rogue Sport (Canada’s Qashqai) should be doing better. Both the Pathfinder and Murano are old and should be next in line for a complete overhaul, which will do them some much needed good.

At Toyota, there’s a car called the Corolla that, year after year, still finds many new buyers. Or, is that old buyers? Compared to the Sentra, well the Corolla doesn’t… Then, there’s the Highlander and so and so forth.

Now, we must admit we’ve got this weird feeling about the new 2021 Rogue. And we blame it on the Nissan Altima. We attend the launch of the all-new 2019 Altima in late 2018 and were pleasantly surprised by the driving experience, the packaging, styling – essentially, we really liked the car. Despite our praise and appreciation, it failed to leave its mark in 2019. The Honda Accord outsold it by 3:1 and the Toyota Camry, 4:1. The “old” 2019 Hyundai Sonata also managed to beat it.

Agreed, we can’t compare the midsize sedan to compact SUVs segments as one is collapsing while the other is thriving but last year, despite an overall drop in sales in Canada, the Toyota RAV4 (big gains), Honda CR-V, Mazda CX-5 and Hyundai Tucson (small gains) bucked the trend. The older Nissan Rogue suffered a mild drop in retail deliveries and like the trend and Altima, we’re concerned that the new Rogue, in its first full year of sales in 2021, might not fully reverse the loss in volume. Maybe it’s just three months of confinement…

No matter what, however, the new 2021 Nissan Rogue looks to be the best-ever, most sorted, and luxurious ever. Based on a new platform, engineers have apparently heavily tweaked the driving experienced so potentially, mixed with the newfound features, technology, and design, it’ll fly off the shelves.

The Toyota RAV4 is, to date myself, in full effect. It’s got numerous versions including two hybrids. It can be affordable, is finally stylish, almost cool to be honest, and has an envious reputation. In its case, it can only go up even in the face of mild irritants like refueling issues for hybrids and a buzzy 4-cylinder engine.

Many of the automaker’s models made between 2015 and 2021 don’t have an engine immobilizer. A TikTok challenge is at the origin of...
Read more
Previous article2021 Lexus IS F Rendering Brings A Performance Icon Back From The Dead
Next article2021 Mercedes-AMG GT 43 4-Door Coupe is the New Bargain Trim Level